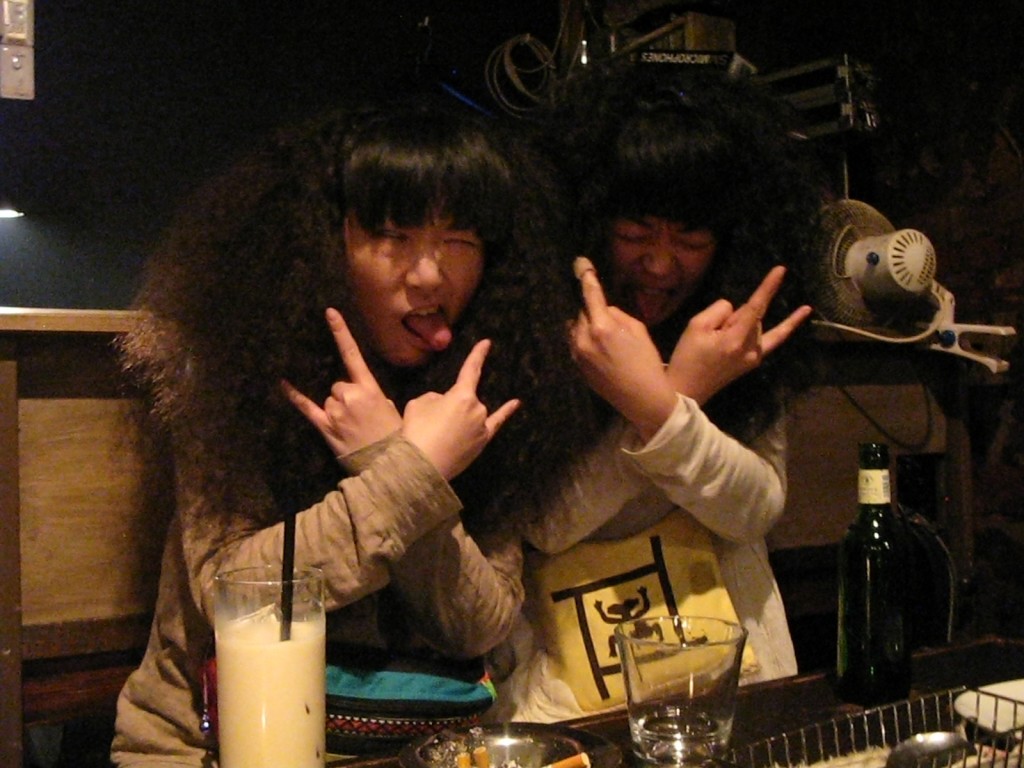 Psyche rockers ぼーぼーず,who made such a big impression on everyone at the “Voices for Umekoji” event back in January, have a gig coming up in Kyoto this weekend. It seemed like as good an excuse as any to find out more about the wondeful world of those wild haired rockers: K子 and Y子.

DK: Where and when did you meet? And how long have you been performing together?

K子: I was a fan of Y子’s previous grindcore band “Hope”. I often went to see them play live and before we knew it we were on speaking terms. ぼーぼーず’s first live performance was in the summer of 2003, but we started to play more regularly together from 2004 so… Wow! It’s already been seven years!

DK: Which famous musician would you most like to meet? What would you say to that person?

Y子: Cliff Burton (the former bassist for Metallica). Though I can’t meet him because he has passed away, I’d like to meet him in heaven! That stinging sound he made really influenced me. I’d like to tell him, “I got into the Misfits because of your tatoo!”

K子: If it’s somebody famous it has to be Robert Fripp of King Crimson. When I first heard the album “In the Court of the Crimson King” I felt giddy, as if I was falling in love for the first time. I’d tell him, “When I heard you had composed the sounds for Windows Vista, I hooked up my PC to some speakers so I could listen to it at work.”

DK: What other bands have influenced you? And which songs in particular?

Y子＆K子：DODDODO. We love all her music. Her warmth, energy, courage – she gives us power in so many ways.

DK: If you could play in another country, where would you perform?

Y子＆K子： Europe. In France or Germany. Apparently, Japanese sub-culture is very popular in France. We’d like to check out that scene.

DK: Please describe your own music in your own words.

Y子＆K子： “Satanic Enka”. Enka’s impact is in its disconsolate feelings and passions. Our songs release those same sentiments. If we were to compare it to a colour, it would be fluorescent jet black.

DK: When is your next live show?

Well, I’m sure you, like me, have a fair few follow-up questions you’d like to ask the ぼーぼーず girls, but as the gig is only a few days away I’d recommend attending and asking them in person. They are quite friendly. And not scary at all.

And their show is fantastic.

Here are the full details of the event at Urbanguild: 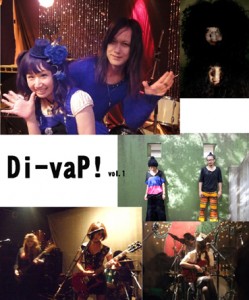 The very first gathering of divas at Urbanguild!

Advance tickets: 1800 yen with 1drink
On the door: 2000 yen with 1drink
Location: UrBANGUILD. From Sanjo Dori go down Kiyamachi Dori. This is the narrow street running alongside Takase stream. Urbanguild is on the east side (left hand side as you walk down from Sanjo). Walk approximately 150 metres. Its on the 3rd floor of the New Kyoto Building – access by elevator or stairs. Here’s a map.