It’s Dreamtime people! DREAMTIME! John Einarsen has sent word of the next big exhibition at the Kampo Museum:

Without a written language, painting was the only way in which the history and religion of the tribe could be passed down, thereby ensuring that future generations could know of the deeds of the Ancestral Beings, who walked the earth in the beginning of time…. …The Aborigines of today, descendants of thousands of generations of living and dying on the Australian continent since ancient times, are said to create dreams through their art which permit them to move back and forth between the world of today and that of their ancestors. This exhibition brings you a glimpse of those dreams. LINK 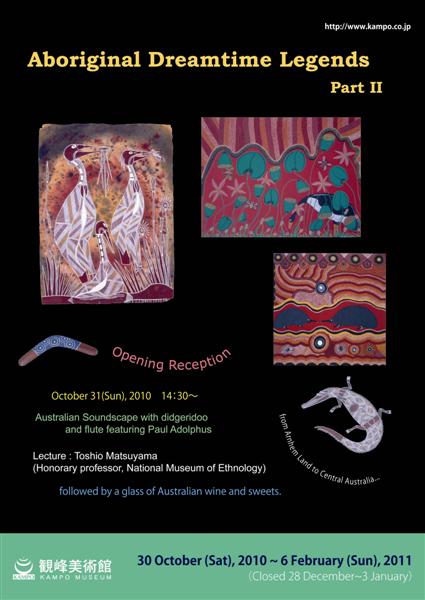 Australian wine and sweets will be served.

Location: The Kampo Kaikan is situated on the intersection of Reisen and Okazaki streets due east of Heian Jingu. Click on the map below for a larger image. 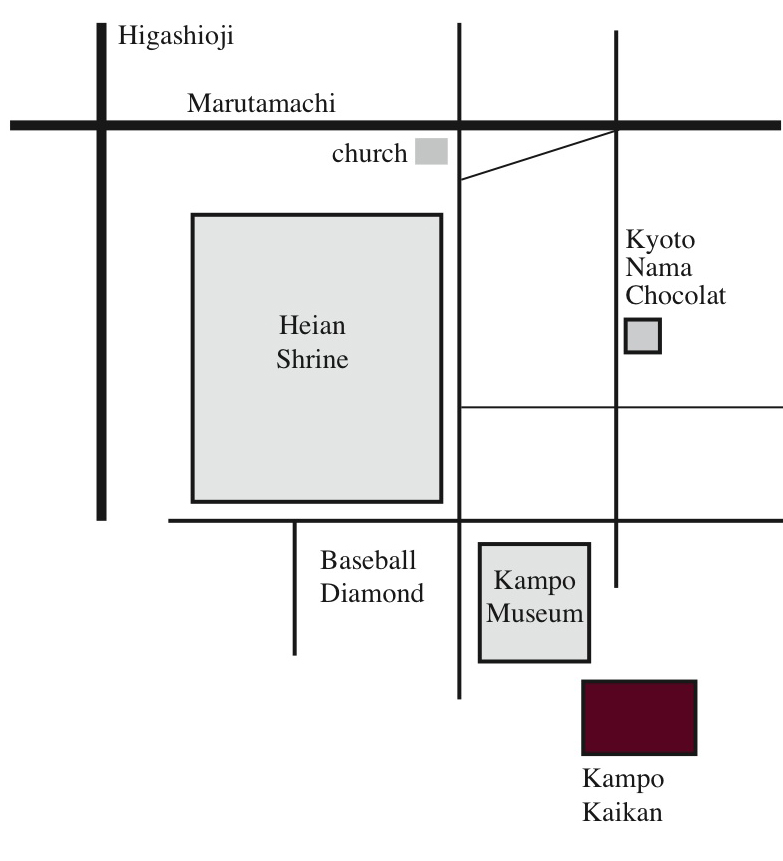