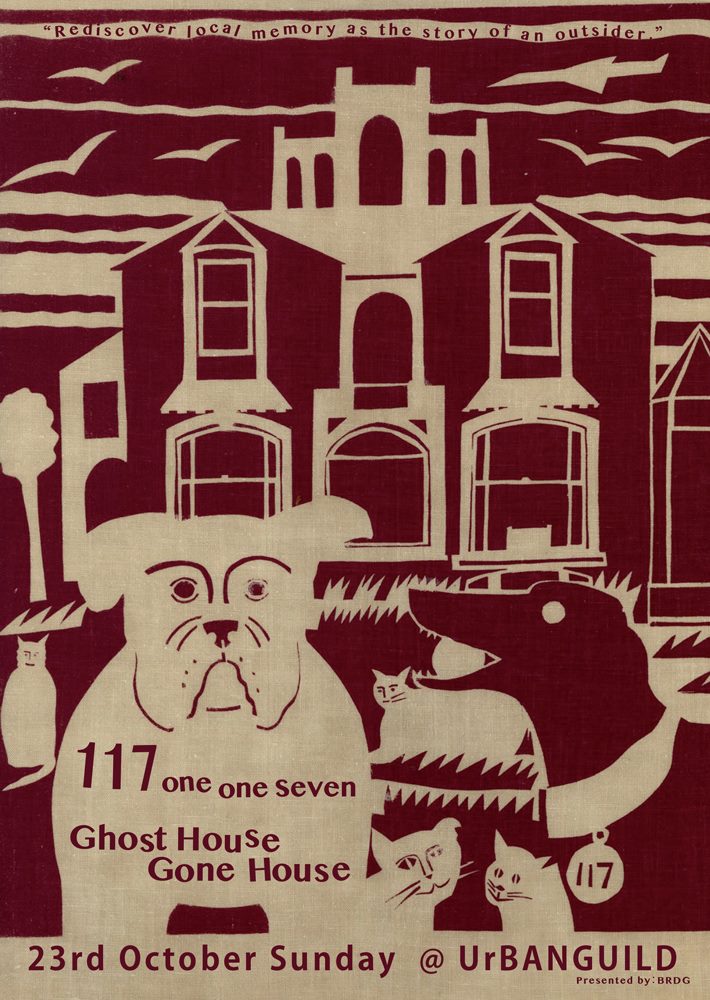 I’d like to tell you about a performance that I have been involved in. It began with me being interviewed by Keiko Yamaguchi,the director of a Kyoto based theatre group BRDG. The first question she asked me was, “Tell me about the house you grew up in.” After two hours, she declared it could be the starting point of a play. Yamaguchi also interviewed my aged father in London. The story emerged by weaving these two interviews together. Now three years later, we – that’s BRDG( Keiko Yamaguchi, Tatsunori Imamura and Hiromi Demura actors and Toru Koda as sound technician) have just returned from performing the resulting piece “117-one-one-seven” in London, in the same neighbourhood as the house.

On Sunday 23rd October, we shall transform Urbanguild into a theatre space and perform 2 shows, a matinee and evening performance at 3pm and 8pm.

It is a double double bill with London based music duo, RABBIT who will improvise music to video of the same crumbling Victorian house.

Be warned this show will stimulate your senses, including your sense of smell and taste. It touches on issues of being a foreigner in Japan, amongst many other hearty topics. It is bilingual.

Urbanguild will be NO SMOKING and NO FOOD WILL BE SERVED on 23rd October. This will enable the audience to hear the spoken word and enjoy the smells generated by the performance.

This production has been funded by DAIWA and SASAKAWA FOUNDATIONS and crowdfunding and blood sweat and tears of BRDG theatre company. 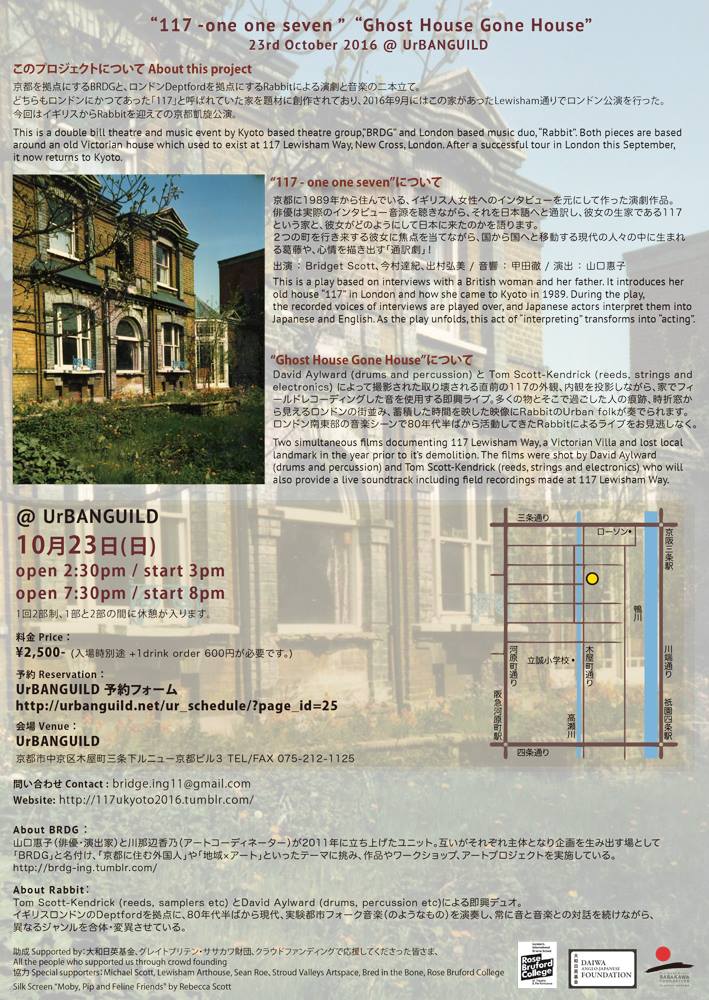