Musical Fundraiser @ Tadg’s this Saturday.
This Saturday May 21st, musicians David Waddell and Max Dodds are playing live at Tadg’s Irish Bar and Restaurant to raise funds for Tohoku disaster relief. Entry is free but a hat will be passed around and everything raised will go to support IDRO Japan. This Kyoto based NPO’s founder, Rob Mangold, will also be on hand to give a short talk explaining exactly how the money will be spent. The show starts 8pm. 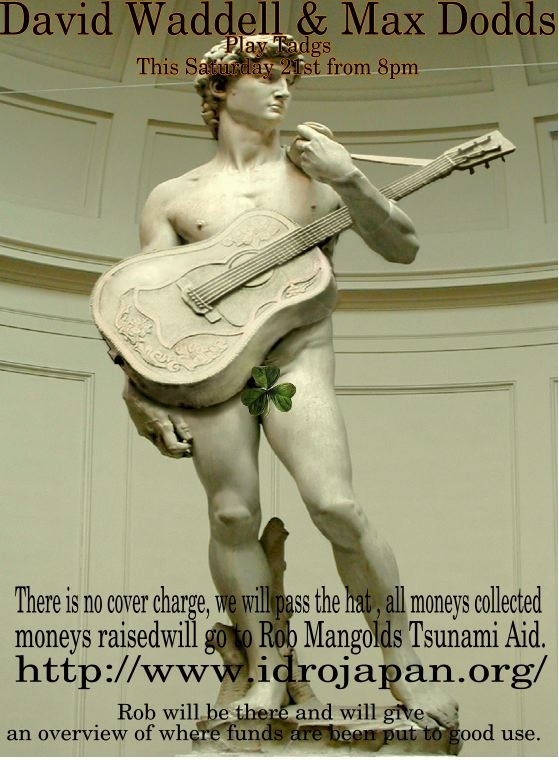 IDRO Japan is a Kyoto-based NPO that provides aid and assistance for immediate post-disaster relief and long-term support through relief trips and housing. IDRO Japan’s efforts are concentrated on areas affected by the Tohoku earthquake and tsunami.
Read more about IDRO Japan and it’s disaster relief mission.

Incidentally, Max Dodds will also be playing a short set at the Bring & Buy Charity Sale at Demachiyanagi on Saturday May 28th. I’ll be posting more details about that later.

Thanks Tadg! To find Tadg’s walk straight up Kiyamachi from Sanjo, before you get to Oike you should see the Empire building on your right. Tadg’s is on the 8th floor. Here is a map.