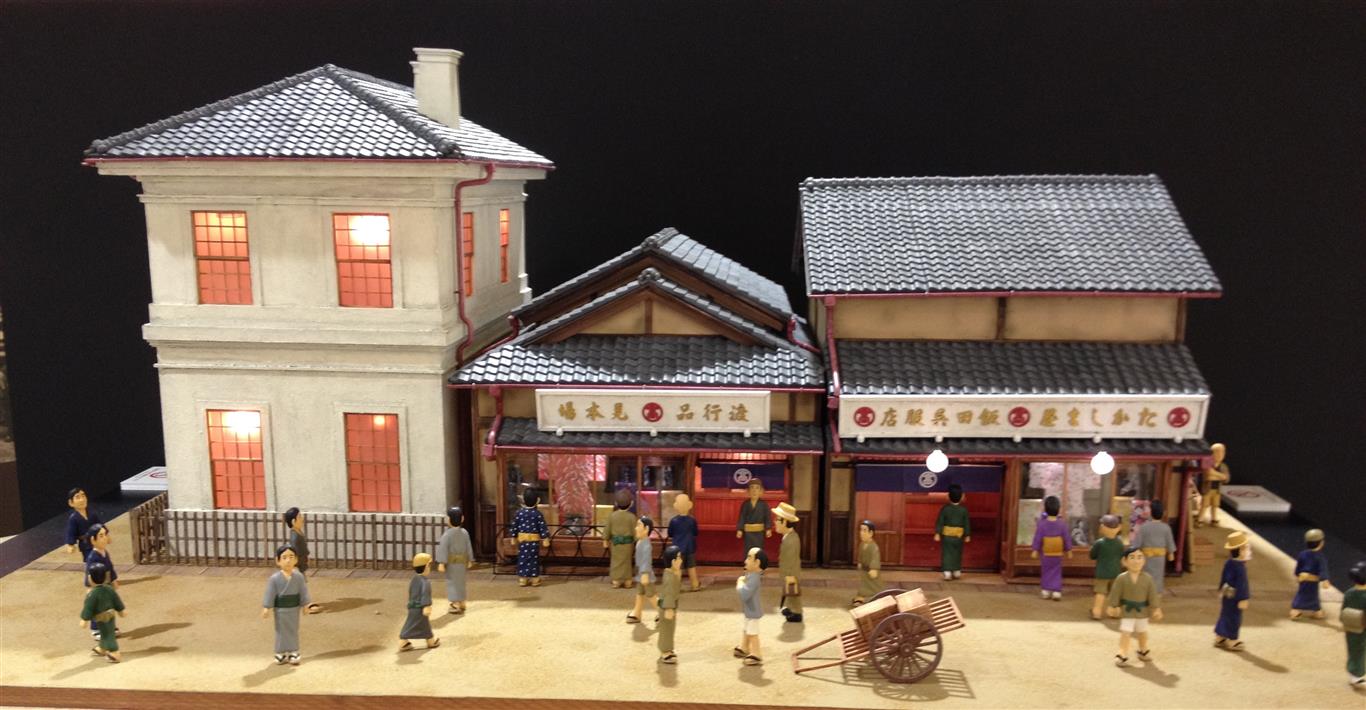 And the second shows, the solid steel-framed, concrete structure of 1912. 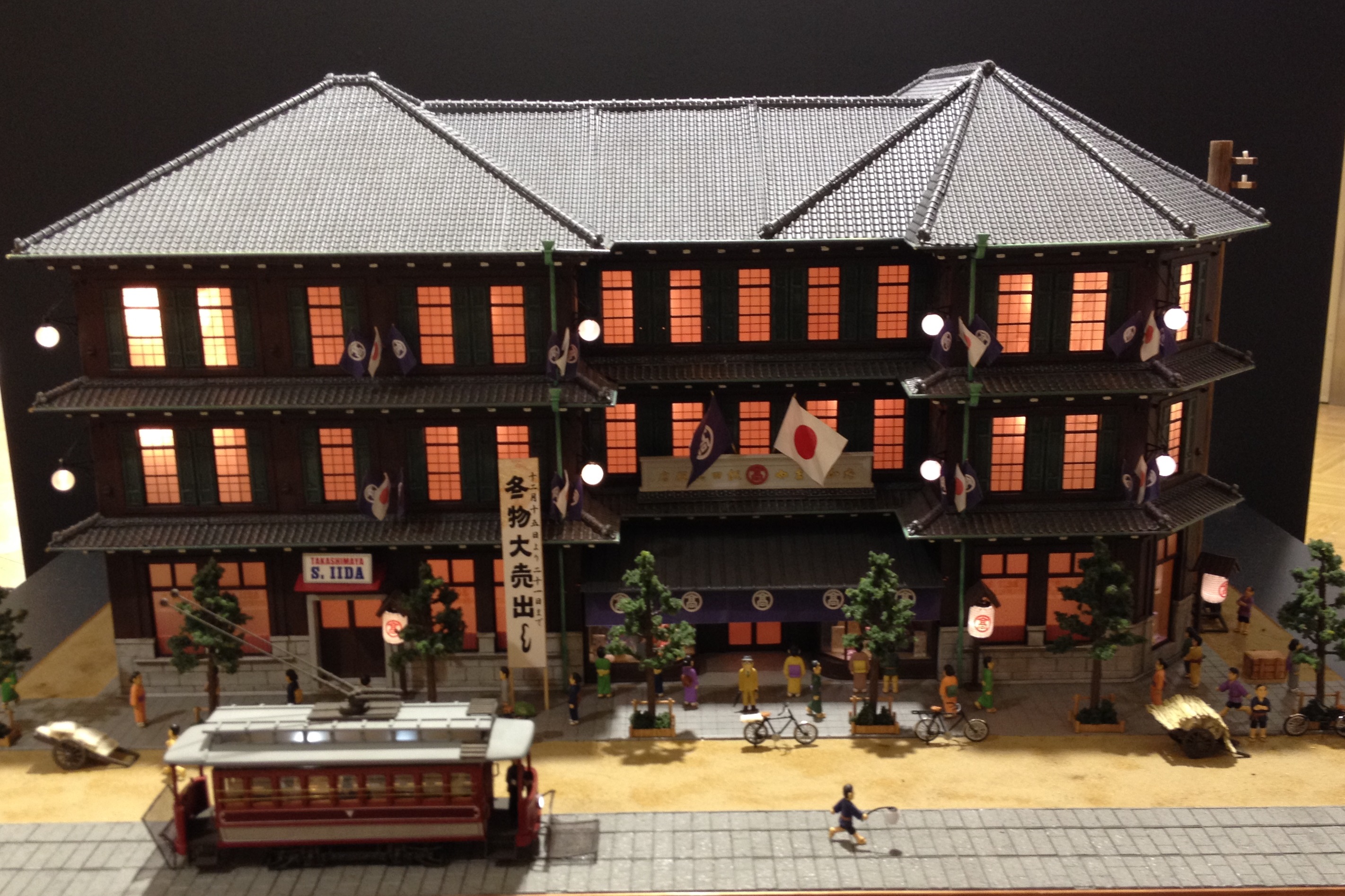 There are also many fascinating photos and even some film showing how much Kyoto has changed over the last century or so. Take for example these “then” and “now” images of Kyoto Station. 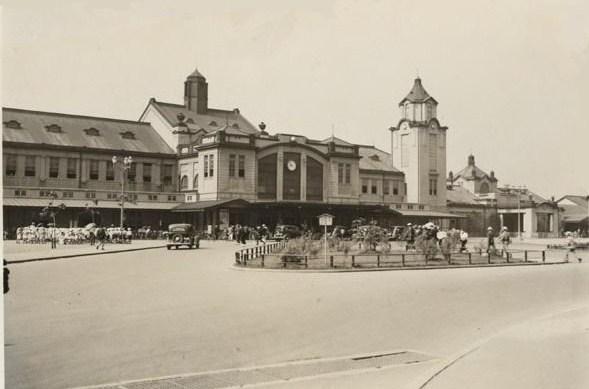 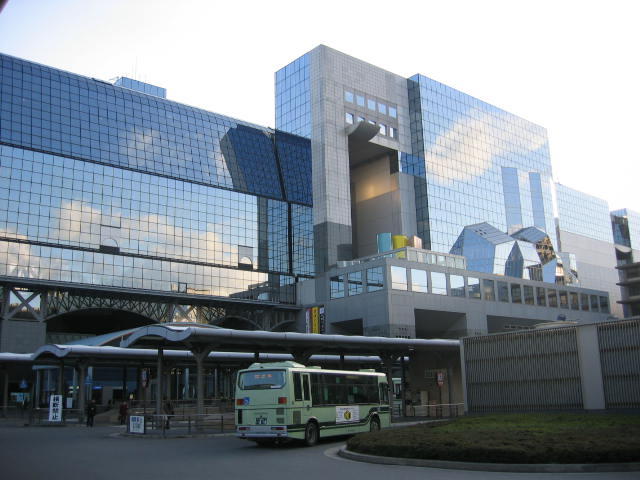 These particular pictures weren’t in the exhibition, (I found them online), but very similar ones were, and they present a very clear example of the kind of contrast that had poor Mewby howling in dismay at our current age’s architectural follies. 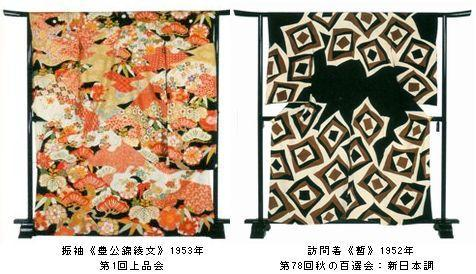 Takashimaya’s place in the changing cityscape however, is but a small part of the exhibition which is largely given over to the company’s developing role as promoter of enterprise and culture. First opening in 1831 as a shop selling used clothing and cotton cloth, the company later moved into the kimono business and in 1888 took part in the Barcelona Universal Exposition displaying the Japanese craft of weaving and dyeing fine textiles. This was the first of many World’s Fairs that the company entered, and of course here at home too Takashimaya has long been a patron of the arts. Many works by artists such as Takeuchi Seihō, and craftsmen such as master potter Kawai Kanjirō are on display in the current exhibition. Of particular note is the “Snow, Moon & Flowers” sequence (a traditional Japanese artistic theme) by three different artists depicting three beautiful scenes from around the world.

Click on each image below for a larger & clearer view – of Yamamoto Shunkyo’s Snow in the Rockies: 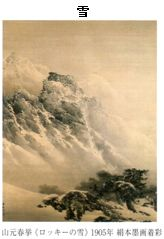 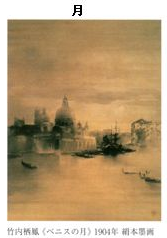 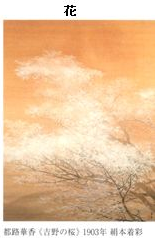 Apparently this beautiful sequence was a big hit at the Anglo-Japanese Exhibition in England in 1910!
In addition to all the beautiful works of art and crafts on display though are publicity materials; posters and magazine covers that vividly convey the styles, fashions and artistic temperaments of years gone by. And also some interesting book covers, for Takashimaya used to have a publishing wing. And there is something I did not know! Altogether, an unusually eclectic exhibition this one, but an educational one and well worth a visit if you get a chance to go before it moves on to Takashimaya’s Osaka branch. 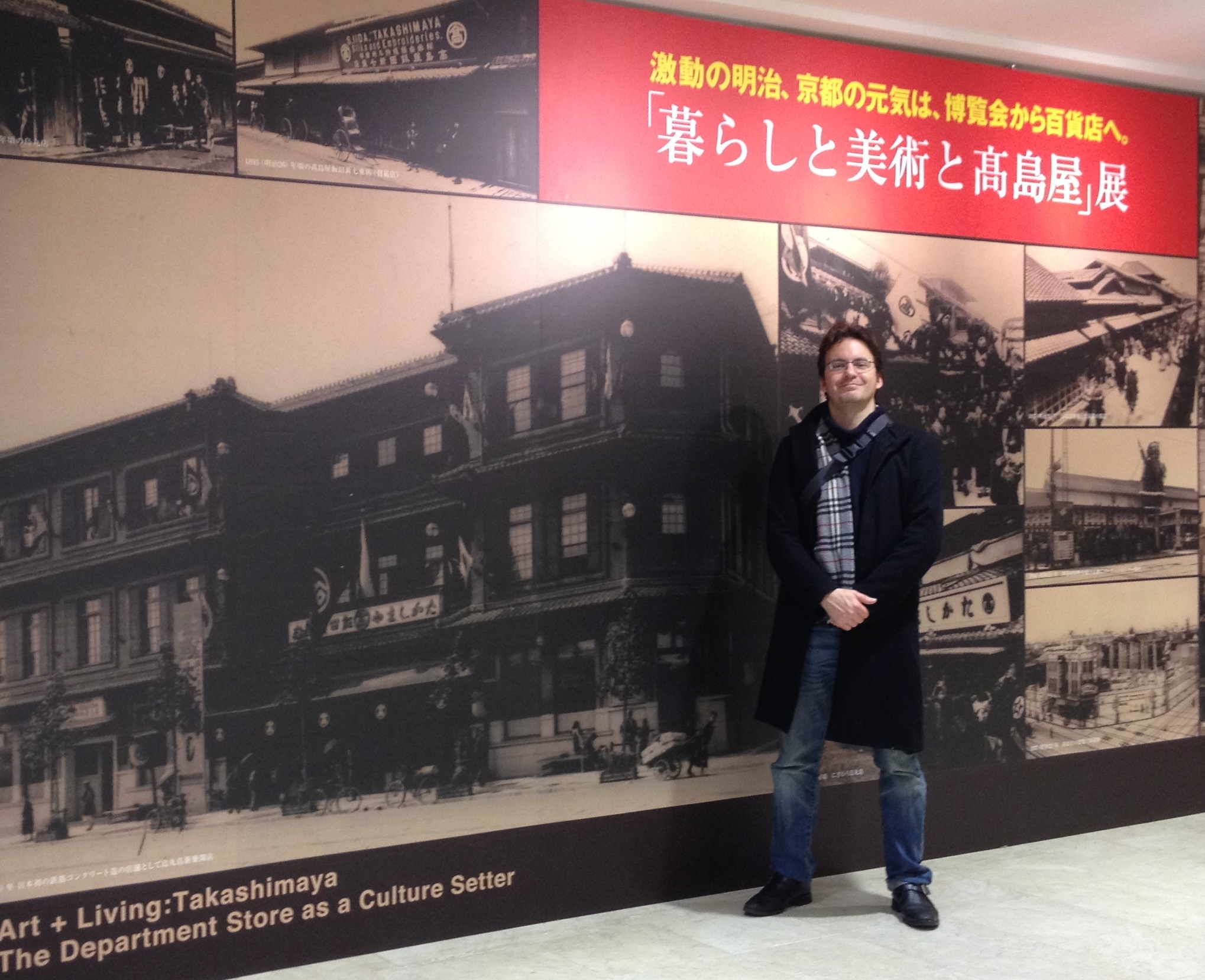 The 暮らしと美術と高島屋 exhibition continues in Kyoto until Tuesday March 11th. Entry is 800 yen or free if you have a student ID. Takashimaya is on the corner of Shijo and Kawaramachi streets. Here is a map.