Wednesday was another triumphant night for the international Queen of avant-garde cabaret – the glorious Mitsu Salmon! 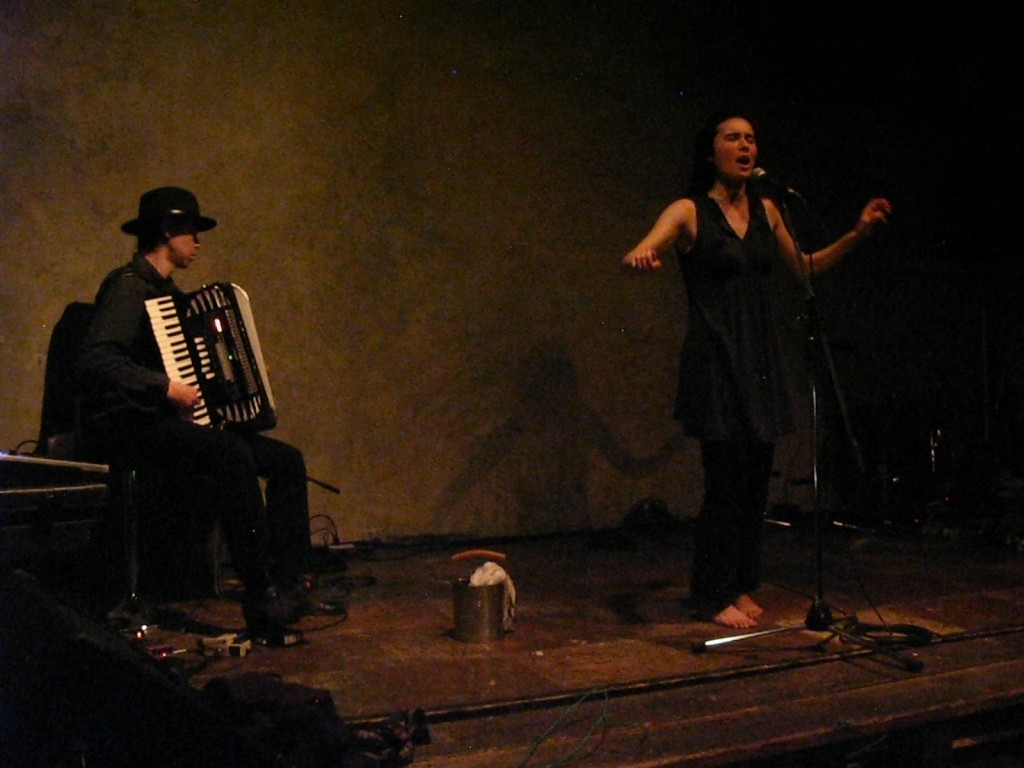 Tom Hall from Australia began the night with a meditative piece of mixed video and sound, the imagery being taken from nature (little things like leaves, grass, flowers etc) but the focus distorted into and out of abstract fundamental shapes just as the light was refracted into and out of its primary colors. And the music, gentle at first built and built into a giant crescendo of noise before leaving us back where we started – staring at dandelions shaking in the breeze. 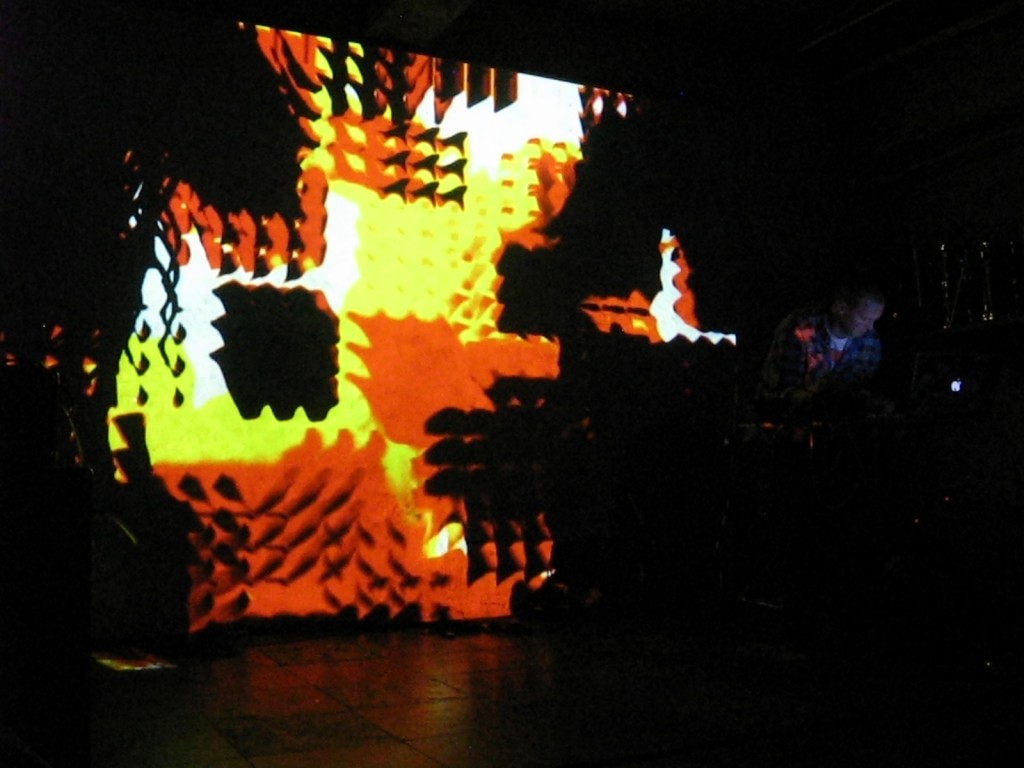 Then ryotaro, in the dark with his accordion hooked up to a synthesizer, commenced making disquieting cyber-punk music for the fairground freakshows of the new millenium… 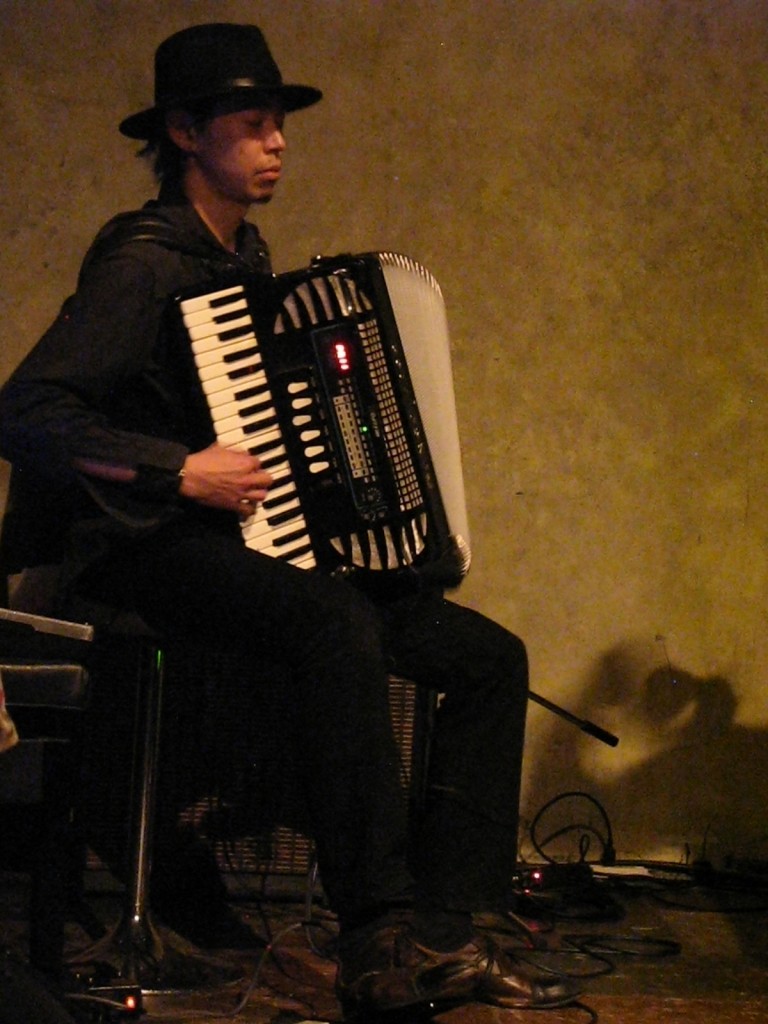 Mitsu Salmon joined him and performed a piece on cleaning and belittlement and vengeance…before expelling it all in a cathartic dance of elemental frenzy. 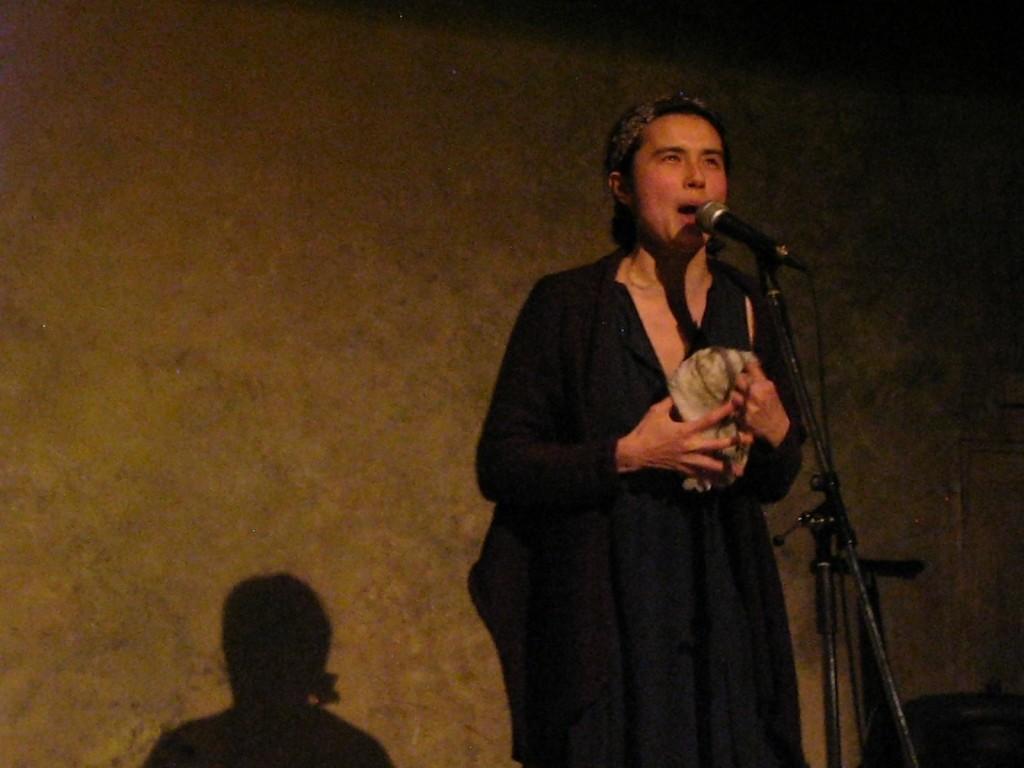 Sarry were described in advance as “ambient” and “psychedelic”, but I’m not sure those rather happy-sounding, relaxed adjectives do justice to the hypnotic intensity of the music they produced – great dark cathedral walls of sound rose around us and frankly I was lost in it. 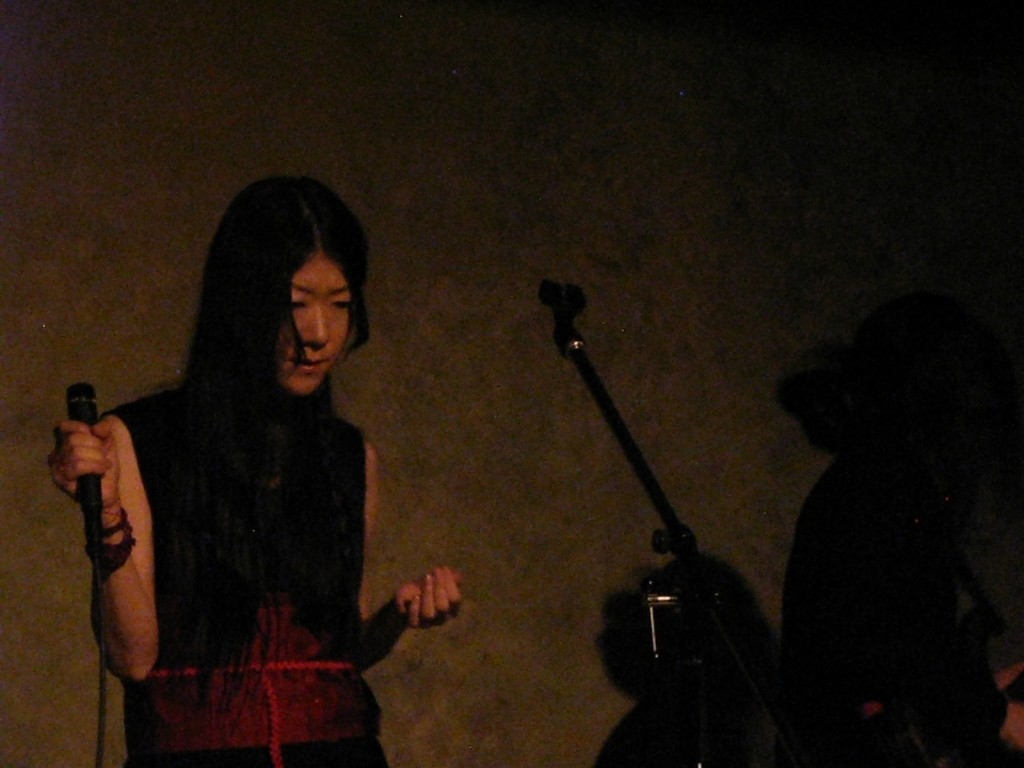 And finally Sseeaann Rrooee and Misuzu. Sean has discovered that he can play music through paper instead of a needle. It produces a ghostly sound as if heard from far, far away in time. Misuzu accompanied him with dance like a little papery bird fluttering in the night. 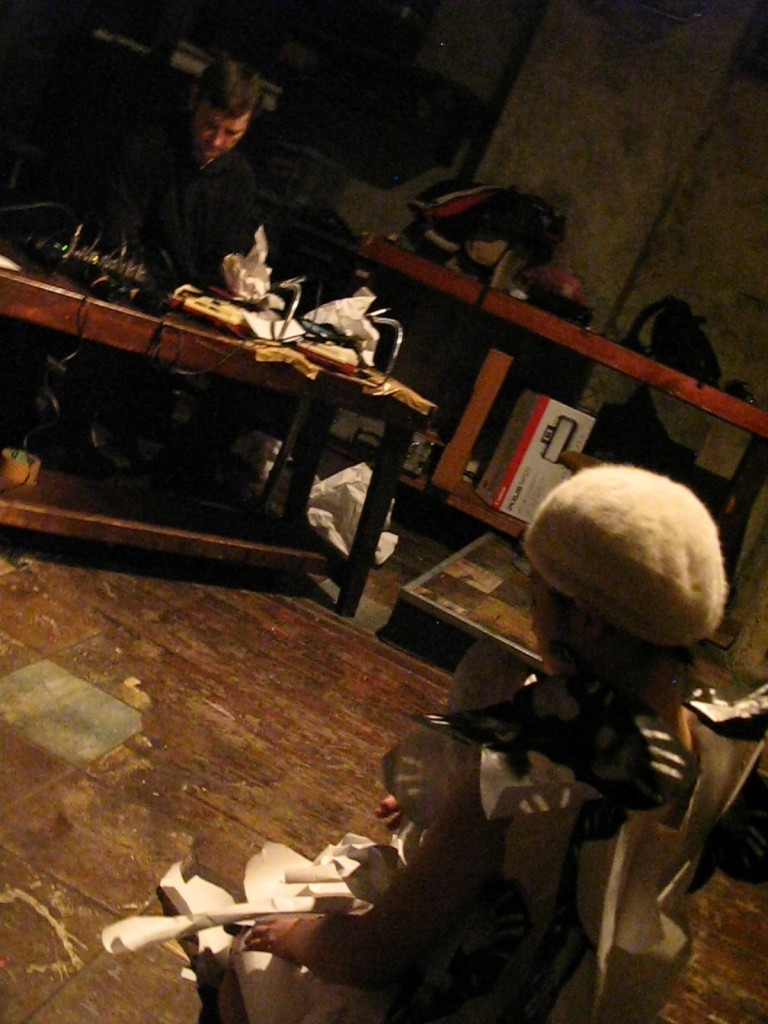 Fair play to Urbanguild for providing a space where events like this can happen. At International Love Cabaret and other events (like Sean’s JunKroom) you feel like anything is possible. I might not always get what’s going on (!) but I think it’s great that people are doing it and that there is this relaxed space where they can just try stuff out. I met a chap there on Wednesday, whose name is Ben (Hello, Ben!). He’s making a movie – his first – and what he said was, he doesn’t care if this first movie is terrible because he’ll learn from that and then go on and make the next one. And that one will be better. I think that sums up what Urbanguild is about – a place where people can try new things and see just where it takes them. You can see more pictures of International Love Cabaret Vol. 6 up on flickr (some pretty awesome ones actually) and here below for your viewing pleasure, in video form, a condensed version of the night’s funtertainments.