Though this piece from Ted Taylor’s blog is not included in our upcoming Deep Kyoto: Walks anthology, I think it aptly illustrates what our book is about. It features another of our contributors too, in the person of local artist Joel Stewart. What Ted says about Joel viewing Kyoto’s roads with an artist’s eye also gives a good idea of what to expect from Joel’s own Deep Kyoto Walk! 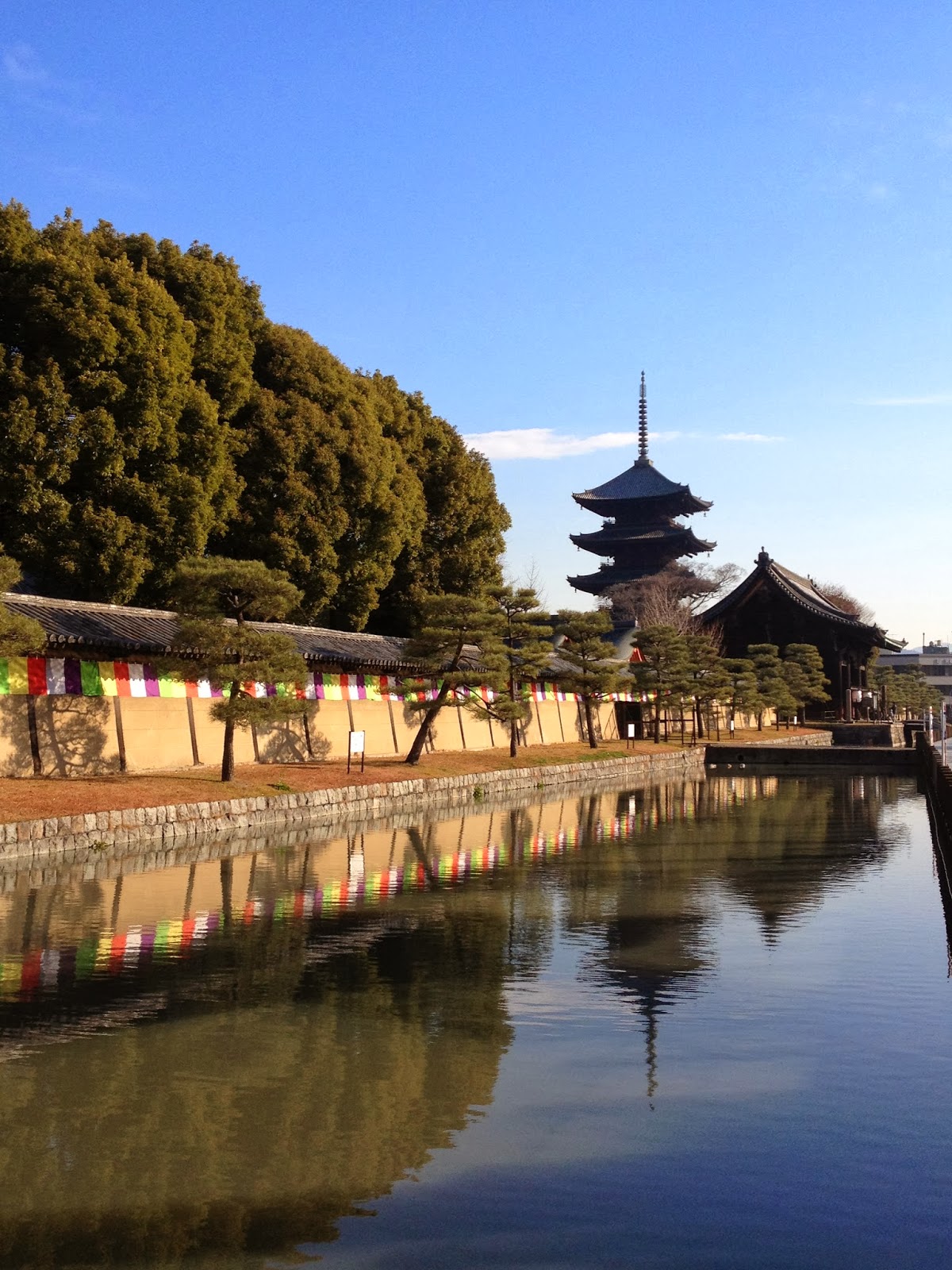 The chill hit my cheeks the moment I left the subway station. I was retracing the steps I’d taken the previous day, though now I was walking on the opposite side of the street, where the sun was striking. And today the rhythm of my footfalls along the Saigoku Kaidō was echoed by those of Joel Stewart, friend, local artist and wearer of good hats. While I tend to prefer walking these old roads alone, I appreciated Joel’s company, and his perspective. Where I’ve often walked with mountaineers, or history buffs, or those versed in indigenous spirituality, I had yet to walk with an artist, and Joel’s eye helped shape a different type of day.

It began nearly immediately, at Tōji. I noticed the way the fresh morning light was playing upon the wall along the temple moat, but Joel noticed what the light was doing to the color. I envied him then his medium of expression, as he can do in paint what I’ve tried and failed for a decade to do with words, in trying to capture my obsession for light and the form it takes.

Yet Joel’s interest today was less visual and more temporal, and as we walked we discuss the history of our adopted city, not just on what happened say, a thousand years ago, but touching on the fact that so many others have walked these streets since. And traces of this overlap of time were ever present through the day. The ruins of the Rashomon gate brought up of course Kurosawa and his famous eponymous work. Nearby Saiji exists merely as a small mound in a park, where the rays of this new morning were imprinted upon the trunks of the massive enoki trees atop, as a reflected heat that warmed the hand. Leading away were the row houses now empty but for the vines growing up behind window panes still intact. The banks of the Katsura river carry the scars of recent typhoon damage. Upon one remaining tree sat a shrike, looking into down into the water with a predator’s gaze, in that identical way Miyamoto Musashi captured his own bird with a deft stroke of the brush.

To read the rest of this article click here: Journey to the West

The pathways described in Deep Kyoto: Walks are also ones with which our writers are intimately familiar… Here are the BBC’s tips for good walking if you would like to give it a try: