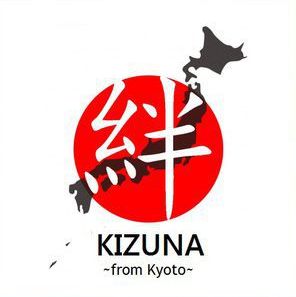 Tonghwi Soh is no stranger to earthquakes.  The Great Hanshin Earthquake destroyed the jewelry store his father worked at.  It left him jobless and with no choice but to take another position for a lower salary.  Although Soh was only four years old, he vividly remembers the day and the struggles that followed.

Six years later Soh and his parents attended a symposium of Koreans who had been wronged by Japanese military aggression and lawyers fighting for redress.  Soh, a Korean, was so inspired by this fight for justice that he later enrolled at Kyoto University to study law.

In 2010 Soh took time off from his studies to go to New Zealand to improve his English.  He was sightseeing with friends in South Island when the Canterbury earthquake struck.  In the early morning they felt the quake; unscathed they walked out of their youth hostel astonished by the panic in the air.   Soh was to later revisit New Zealand to check on friends and see the recovery progress.

Soh was to make an even narrower escape when the March 11th quake hit.  On March 9, 2011 he was skiing with friends in Iwate Prefecture when a 7.2 magnitude quake struck triggering a small tsunami that never reached Japan’s shores.  In the nick of time, they left Tohoku before the Great East Japan Earthquake occurred two days later.  “I don’t believe in God. But if God exists He let me live,” said Soh.

His experiences with earthquakes led to his resolve to respond to the tragedies of March 11th.  He first volunteered in Miyagi Prefecture.  Surprisingly he was shown an outsized amount of gratitude by people in Tohoku, because of his Korean ethnicity.  Despite being born and raised in Japan, he was treated as part of the massive international volunteer effort that pleasantly surprised many suffering Japanese.  Inspired by his experiences he returned to Kyoto and formed a student volunteer group called Kizuna Thank You From Kyoto.  The group organized two symposiums for students to discuss the triple tragedies.  Showing appreciation to the international community was a central theme of the meetings.

Currently Kizuna has more than twenty members from Kyoto University, Ritsumeikan, Doshisha, and Kyoto University of Education.  They are all now actively assisting evacuees in Kyoto.  To reflect their shift from holding symposiums to directly aiding victims, the group recently changed their name to Kizuna From Kyoto.

Since July 2012 the Kizuna volunteers have been tutoring Tohoku children now living in Fushimi.  Elementary school students receive help with their homework while junior high and high school students get assistance in their preparation for exams.  Additionally, this past summer they helped Minna no Te, a support group for evacuees in Kyoto, collect donations for a project that reunited evacuees with family and friends.

Beyond Kyoto, Kizuna has also been lending a hand to support school children who remain in Tohoku. From June to August 2012 Kizuna gathered 2500 used books for the Hon Omoi Project, which collects and sells the books.  The proceeds are then used to buy new textbooks for affected Tohoku students.

Brimming with new ideas, Soh is about to launch another project called “Keep Telling!” a blog page where victims and volunteers can share their stories.  The intention is to raise awareness of the tragedies and ongoing relief effort.  Non- Kizuna members are welcome to submit accounts of their experiences in either Japanese or English. Kizuna volunteers will translate accounts written in English before posting.  Soh hopes to publish one story every few days.  At the time of writing he had already received forty submissions.

When asked of his future plans for Kizuna, Soh responded that he plans to keep giving aid as long as it is needed.