Following on from yesterday’s sneak preview (of which there will be more!) I’d just like to add that if you haven’t joined facebook and signed up as a friend of Kyoto Journal yet, then I’d HIGHLY recommend it. Everyday the folks behind this great Kyoto institution are posting information, photography, quizzes (!) and links to fascinating articles both Kyoto related and of a wider interest too. Yesterday for example, they posted the following: 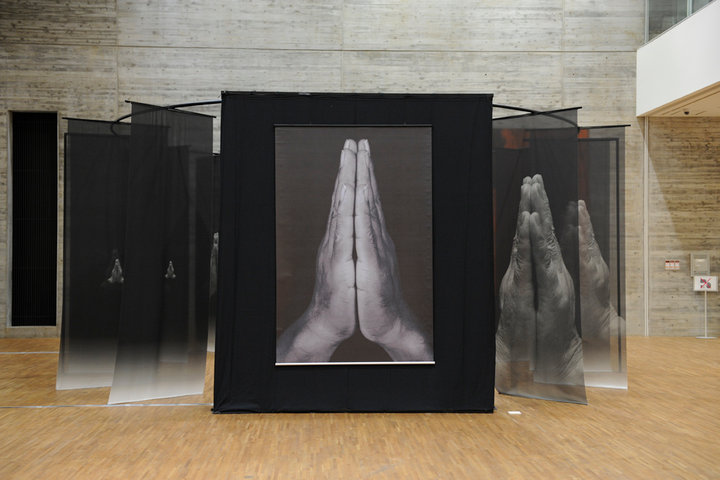 “A mind-boggling installation by Kyoto photo-artist Yasu Suzuka is on display at the main gallery of Kyoto Zokei Daigaku until April 23rd. This photo-mandala was created from the 88-temple pilgrimage in Shikoku. It will also be on display at Toji Temple in August…worth experiencing and contemplating!”

So I went along today and had my mind boggled! A truly amazing installation that I would have known nothing about if it weren’t for KJ!

Here are some more recent postings of note from KJ on facebook:

“KJ is sad to learn of the death in late March at age 32 of the great socially-conscious Japanese photographer A.K. Kimoto. Learn about him first through this blog’s tribute and then at Kimoto’s site and also this video tribute:”

“Check out the TREASURE TROVE of online Asia-related stories about social and political justice as well as cultural topics posted on the KJ website since 2005 by KJ contributing editor Jean Miyake Downey and her colleagues Kimberly Hughes and Jen Teeter. Since August it has been posted as a separate blog associated with… KJ and two other partners.  Invaluable resource!” LINK

“ONLINE from KYOTO LIVES, issue 70: “Over the past eight years, this married couple has resided in shelters made of cardboard and wood, crafted with their own hands. Wrapped in bright blue tarp to protect against wind and rain, their structures are tucked between the stone river embankment and the underside of the bridg…e. A picture hangs on the wall of one of the shelters: a reproduction of a dragon painted in sumi ink.” LINK

“A large team of KJ staff and contributors is working on a special issue of KJ on BIODIVERSITY timed to this fall’s UN COP10 Conference on Biodiversity In Nagoya, Japan. Meanwhile, here’s some encouraging environmental news from Korea.

“EXCERPT: In translating (trans-relating) a text from one language to another, [translators] serve as a supreme amanuensis who bridges language and brings writers and foreign readers together. Red Pine’s out-of-the-main-stream work is canny and clearheaded, and it has immeasurably enhanced Zen/Taoist literature and practice.” LINK

“In the Kyoto Journal neighborhood this morning… 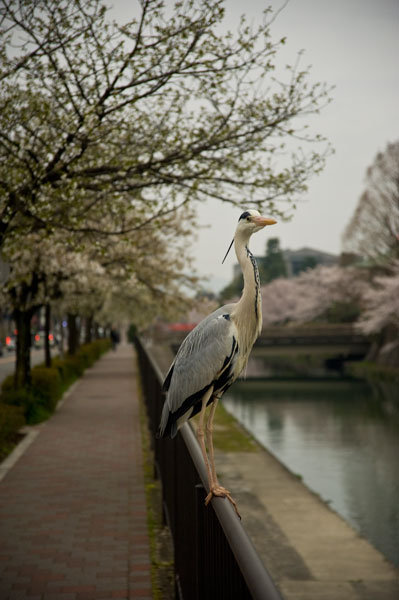 …Some say that the Kamo is one of the best birding sites in Japan; they also say the reason there are so many birds here is because of habitat loss elsewhere. On the Kamo, I have seen a variety of ducks, little snowy egrets, herons, comorants, yurikamome gulls, and even azure kingfishers…JE”

“EYE-OPENING piece: “In Japan, Web-connected smartphones became widely available a decade earlier than they did in the US… In Japan, where experts have had years to study the impact of mobile messaging, a number of observers have concluded that cellphone culture can enhance independence, cement friendships and expand horizons.” LINK 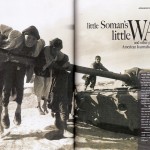 “ENCOUNTERS: In 2007, KJ contributor Keith Harmon Snow wrote presciently and movingly about his journeys through a ravaged Afghanistan. Read it today online and see a full contents list for the issue it appeared in.” LINK

“Here’s a much-admired sister publication based in Kyushu that has published an article that Kyoto Journal ought to have done!

Forward, to a Better Past. Feature-length article on Alex Kerr’s foundation in Kyoto that is restoring old buildings to use as cultural revival and education centers.” LINK 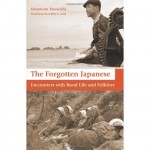 “KJ contributing editor Jeffrey Irish is a scholar and translator immersed in life in rural Japan. Jeff has been a columnist for a Japanese newspaper for 7 years and is author of the Japanese-language books Prewar Kagoshima and Island Life, He is also mayor of his Japanese village in Kyushu! This new translation began …as a piece in KJ #63: “Chasing Folksongs”. A great read.” LINK 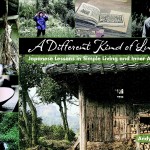 “KJ contributor Andy Couturier’s NEW BOOK has a FIVE-STAR rating on Amazon US. Here’s a piece about him in a popular SF Bay Area paper, along with his good-natured corrections to the article…” LINK

And that’s just a tiny sample of the good stuff they are putting out there! Not only that but as a friend of KJ on facebook you can interact with the KJ editors through the comments and do you know? It’s fun! As one KJ friend wrote the other day: “The KJ posts are consistently interesting. I am enjoying them. They almost justify the time I spend on FB ….”
Now that’s saying something!