Almost one year has passed since the Great East Japan Earthquake & Tsunami. To mark the occasion musicians in Kyoto are holding a massive month-long charity drive for disaster victims from February 11th until the anniversary of the disaster on March 11th. Billed as “unprecedented”, Kyoto Jumpin’ Jack is a remarkable group effort taking place at various locales throughout the city over a 30 day period. On the final day, the whole of Kiyamachi will be occupied by the festival, as a circuit of simultaneous music events is held at bars, live music venues and even a temple. With so many bands playing at so many different venues, this is not only an excellent way to support Tohoku disaster relief, but also a great opportunity for a thorough crash course in the local music scene! Here is the schedule: 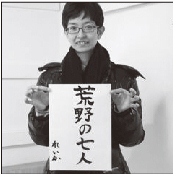 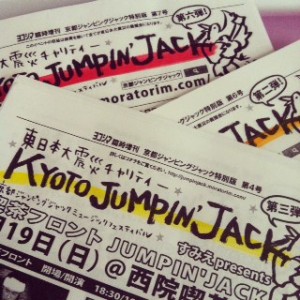 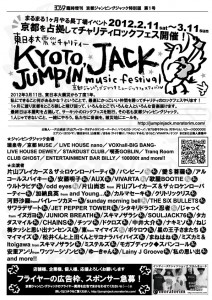 Funds raised from these events will be shared between the following organizations: