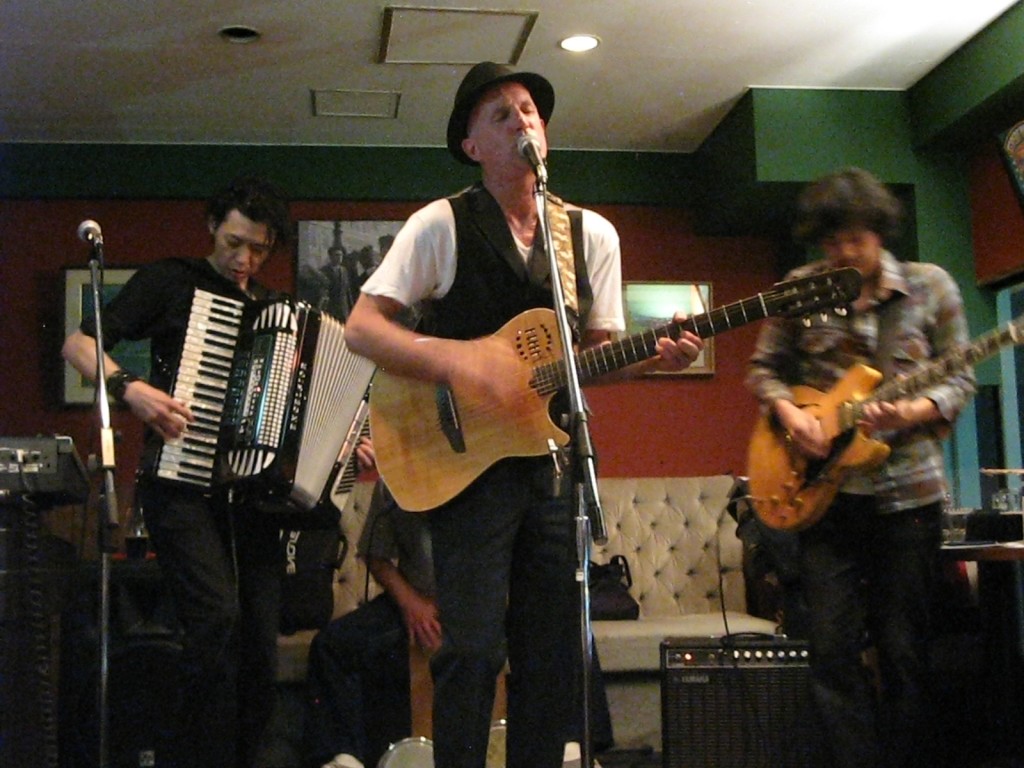 Max Dodd’s and his all star band of elementals played a great show at Tadg’s Irish pub on Saturday. I’ll post some other videos (including Robert Yellin guest singing on Levon Helm tribute song “The Weight”) later this week. For now though here is a fantastic cover of The Clash’s classic “Bankrobber”.

Max and Ryotaro are playing another FREE show at Urbanguild TONIGHT (April 23rd) with Nadia Porcar from France.

Also Max will be playing solo as “The Human Jukebox” at our Golden Week Charity Sale for Idro Japan on May 5th! Don’t miss it!

See also… these songs by Max & Ryotaro with Yun-han:
Truly
When Baby’s Blue
Bullet inna Bathtub
Down by the Salley Gardens
Not Even a Tragedy
They Just Throw Stones
Marguerite
Whisky is Thicker than Blood