Many thanks to the Writers in Kyoto (WiK) group for sending this along. Any inquiries about this event should be directed here. 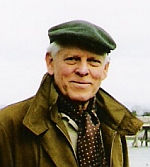 On February 3rd, writer and translator, Hans Brinckmann will talk about his experience in Kyoto in the early 1950s and show rare photos of Kyoto from that period. In the late 1950s he was part of a Bohemian circle of artists and poets in Kyoto, and published and edited New Japan Pebbles, the English version of Juen Shishu, a small magazine devoted to amateur poetry.

Place: Ryukoku Omiya campus, New Building room 204.
(10 minute walk from Kyoto Station. First exit the north side of the station and walk north to Shichijo and turn left. Continue walking west along Shichijo, go across Horikawa Street, and walk to the next traffic light. Turn right and enter Ryukoku’s Omiya Campus. On your right there will be a white 3-story building. The room is on the second floor: 204.) Map at the following link: https://www.ryukoku.ac.jp/english/web/map/omiya.html

Profile (taken from Hans Brinckmann’s website)
Hans Brinckmann (Writer): Born in 1932 in The Hague and growing up during the German occupation of Holland, Hans had to suppress his early hope to become a writer in order to make a living. He joined a Dutch bank after high school, and in 1950 was assigned to Japan, where he lived for the next 24 years. After reaching the position of area executive, he left banking and retired to Buckinghamshire in 1974, to write and to continue his Japanese studies. He returned to banking two years later. He worked in Curaçao, Amsterdam and New York, where for a time he chaired the Institute of Foreign Bankers and a foundation active in Dutch-American cultural exchange. In 1986 Queen Beatrix made him an Officer in the Order of Orange-Nassau for ‘cultural and professional achievements’ notably in Japan and the US. In 1988, aged 56, he quit banking for good and since then he has been writing fiction, non-fiction and poetry and contributed intermittently to the Op-Ed pages of Dutch newspapers, often on Japan-related topics. Since 2003 Hans once again makes his main home in Japan, the first ten years in Tokyo, and since 2013 in Fukuoka. In 2008, he held an exhibition in the Fuji Photo Square in Tokyo of photos taken by him and his friend IJsbrand Rogge in Japan between 1951 and 1974. The one-month exhibition attracted close to 50,000 visitors.

My Love Affair with Kyoto in the 1950s

I arrived in Japan in November 1950 as an 18-year old staff employee of the Nationale Handelsbank, a Dutch bank established in 1863 with its principal network in the Netherlands East Indies (now Indonesia). Later it also established branches in many other Asian countries, including Japan. After WW2, the branches in Kobe and Tokyo were reopened, and I was assigned to the Kobe branch.

Before long, I discovered the charms and history of Kyoto, and I increasingly spent my free time there, meeting Japanese artists and poets and visiting Zen temples. I was transferred to Tokyo in 1954, and during my two years there, I sorely missed Kyoto’s atmosphere of ancient culture. As luck would have it, after my first home leave in 1956, I was posted to the newly-opened Osaka branch, and from then on, I spent most weekends in Kyoto, at one point even considering moving there.

The people I met and befriended in Kyoto included Kenseki Shimaoka, a poet; Yae Ichida, an aristocratic lady who was also a poet; Edward Seidensticker, a well-known American translator of Japanese novels, including Tanizaki’s; Sotokichi Matsui, a building contractor – who put me up for a few weeks when I was looking for a house in Kyoto – and many others. I have many stories to tell about my time in Kyoto. I even helped a former girlfriend start a Dutch restaurant in the Kiyamachi Shijo-sagaru district.

In October 1958, a Kyoto friend arranged a mi-ai with a university student from an old Nagoya family, who was months away from graduating with a degree in Japanese literature. We clicked instantly and got married four months later.

My love affair with this ancient capital found its most eloquent expression in an essay I wrote entitled “A Letter to Kyoto.” My poet friend Shimaoka translated it into Japanese, and had it published in a local magazine in 1958. (Twelve years later, in 1970, another magazine published a shorter version of it as the lead article in its inaugural edition.)

Another proof of my “affair” with Kyoto is a book of fiction entitled “The Tomb in the Kyoto Hills and Other Stories,” published in 2011. Though fiction, the stories – three of which are set in Kyoto – are based on actual experiences during the 1950s. One of the stories appeared in the Japanese literary magazine Atlas in January 2017. Another, set in Kyoto, will be featured in the magazine’s January 2019 edition. Both stories were translated by Hiromi Mizoguchi, who has also translated two of my other books and many essays.

The Magatama Doodle
Part personal memoir, part professional flashback, part socio-cultural commentary, this title chronicles the author’s experiences during his twenty-four years (1950-74) of living in Japan as a reluctant banker. It also touches on some of the significant changes that have taken place in Japanese society since the mid-Seventies.

Noon Elusive
An American architect in Paris, a Balkan parachutist, a Dutch diplomat in Japan, a New York heart surgeon, an English undertaker-the characters are as colourful as they are diverse. What they have in common is that they are all in the throes of personal crisis, mild and manageable, or severe and harrowing. Consciously or not, they are all in search of the high noon of life.

Showa Japan
Japan’s Showa era began in 1926 when Emperor Hirohito took the throne and ended on his death in 1989. The formative age of modern Japan, it was undoubtedly the most momentous, calamitous, successful and glamorous period in Japan’s recent history. Today, Showa is a beacon for nostalgia that is memorialized yearly in a national holiday. An era of growth and prosperity, it saw Japan go from an isolated, embattled nation to a peaceful country holding the exalted position of the world’s second largest economy.

A widowed water bird in an Amsterdam canal… abandoned villages ‘flitting fitfully by’ as he rides the Eurostar to Paris… the sun, ‘averse to setting, extending the you-filled day’… such are the diverse sources of inspiration for Brinckmann’s poetry.
Unconstrained by locale or subject matter, his lines celebrate the marvel of love and ponder life’s irretrievable losses. He is no stranger to whimsy either, nor to the search for life’s ultimate meaning.

The Tomb in the Kyoto Hills
A striking and highly engaging collection of stories. The offerings include A Leap into the Light, the compelling tale of a Dutch businessman’s secretive life with the young daughter of his late Japanese mistress; Kyoto Bus Stop, about the chance encounter between a visitor from Europe and a mysterious young French woman in Kyoto; Pets in Marriage, which chronicles a Japanese married couple and their respective preference for cats and dogs, which comes to a head at the foot of Mt. Fuji; Twice upon a Plum Tree, an exploration of a Dutch diplomat’s ambivalence about a Japanese woman he once loved; and the title story, The Tomb in the Kyoto Hills, about a Chicago-based lawyer who moves his family to Japan to find the truth of his origins once and for all.

In the Eyes of the Sun
Peter van Doorn, dreams of life with a camera. His leftwing father, Eduard – a journalist and former WWII photographer – at first supports his son’s ambition and even gives him his wartime Leica. But when Peter tries to save someone from a fatal accident instead of “capturing the moment of violent death,” Eduard decides that his son lacks the guts for “real” photography, the kind he practiced during the war, the only kind of photography “worthy of a man,” even in peacetime. He forces Peter into overseas banking instead. Starting in 1953, Peter’s exotic career takes him from his native Holland to Singapore and on to Chicago where he marries a socialite. But his dream never dies, and at last, in 1978, he sacrifices his stable career and family to embark on the life of a freelance photographer – in New York.