The fourth and final part of the epic seasonal rites sequence by the experimental arts collective, Ensō Watt will take place at Urbanguild, Kyoto on April 29th. This is an event not to be missed! 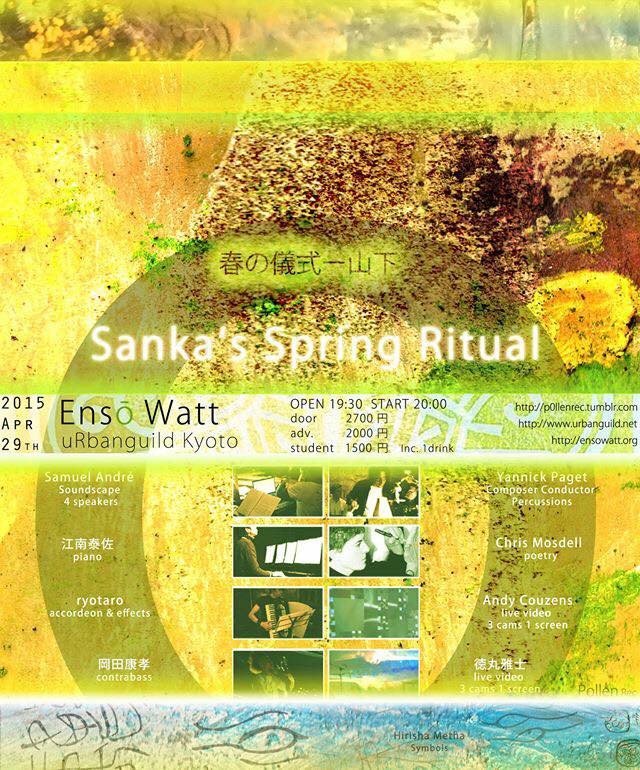 The Poet:
Incidentally, the poet Chris Mosdell recently released a wonderful bilingual book of poems written in Kyoto entitled The City That Silk Built. Chris was kind enough to send me a copy which I shall review in good time, but for now, you can take a look at it on Amazon.co.jp