I am very excited to learn that Ensō Watt’s Rite of Winter will be performed at Urbanguild on January 25th 2015! This is the third in Ensō Watt’s series celebrating the 100th anniversary of Stravinski’s Rite of Spring.  I attended the Rite of Autumn in October and it was fantastic. Be prepared to be thoroughly immersed in a world of intense colours, poetry, music and myth! 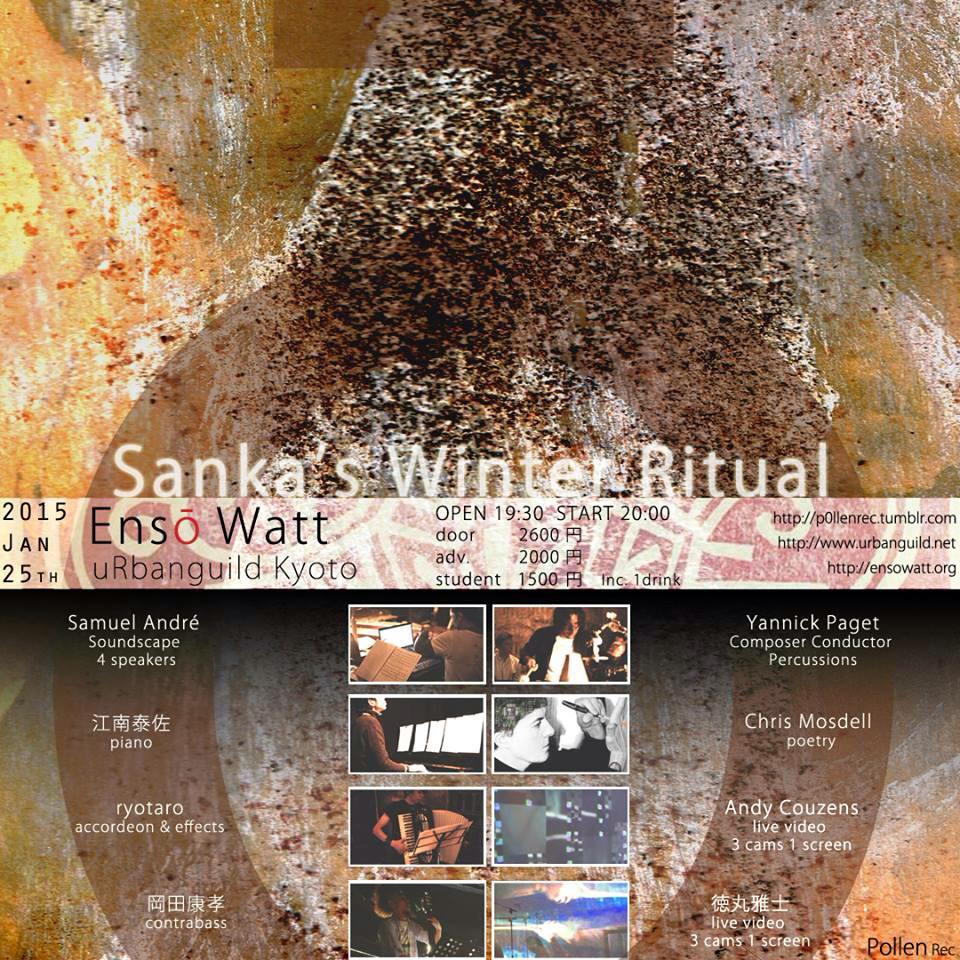 The Poet:
Incidentally, the poet Chris Mosdell has just released a wonderful bilingual book of poems written in Kyoto entitled The City That Silk Built. Chris was kind enough to send me a copy and though I haven’t had time to look at it properly yet, what I have seen looks marvellous. I shall review it in good time, but for now, you can take a look at it on Amazon.co.jp

And my short review of the last Ensō Watt performance here: Pictures from Sanka’s Autumn Ritual by Ensō Watt