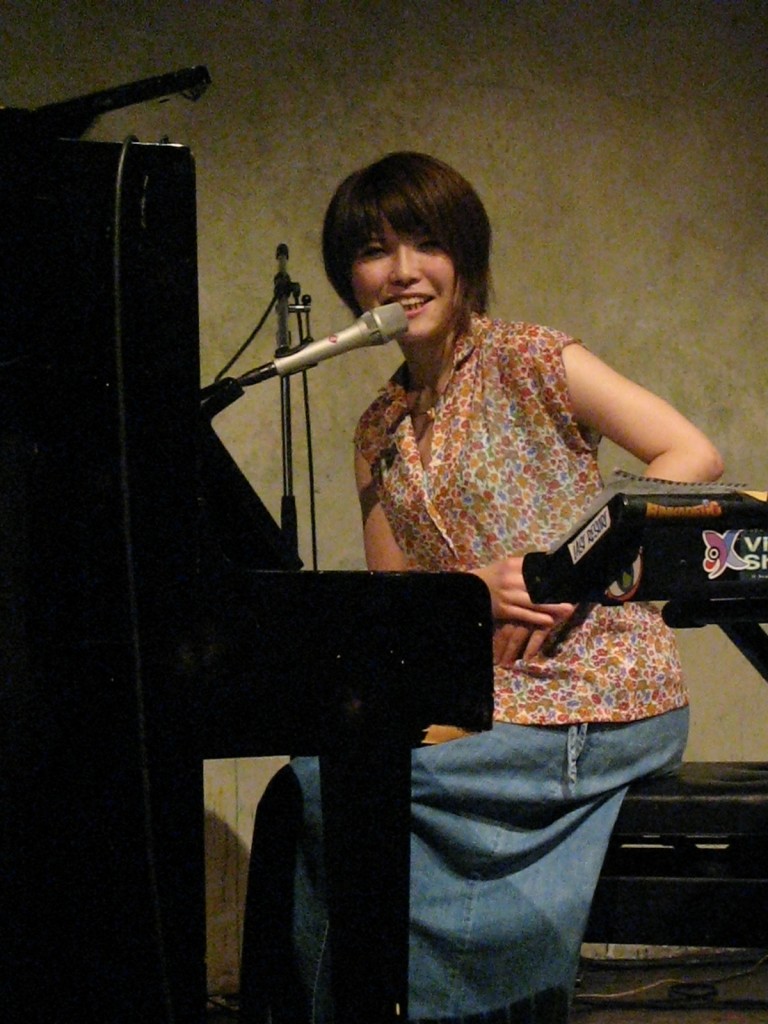 On June 28th Gary Bloom and I went to see my old friend, Satoko Okuda, play a solo spot at Urbanguild. These days Satoko is mostly focused on playing keyboards with Aya Oto World, so it’s not so often you get a chance to hear her sing. And as she’s got a great voice, and quite a few nice tunes up her sleeves that’s a pity. As expected, at this event she did not disappoint, putting in a typically charismatic performance that had Gary declaring, “I want to marry her!” This was also the first time I had seen her play an actual piano. Clearly she enjoyed the chance to play some proper ivories, because she thumped those keyboards with obvious relish! 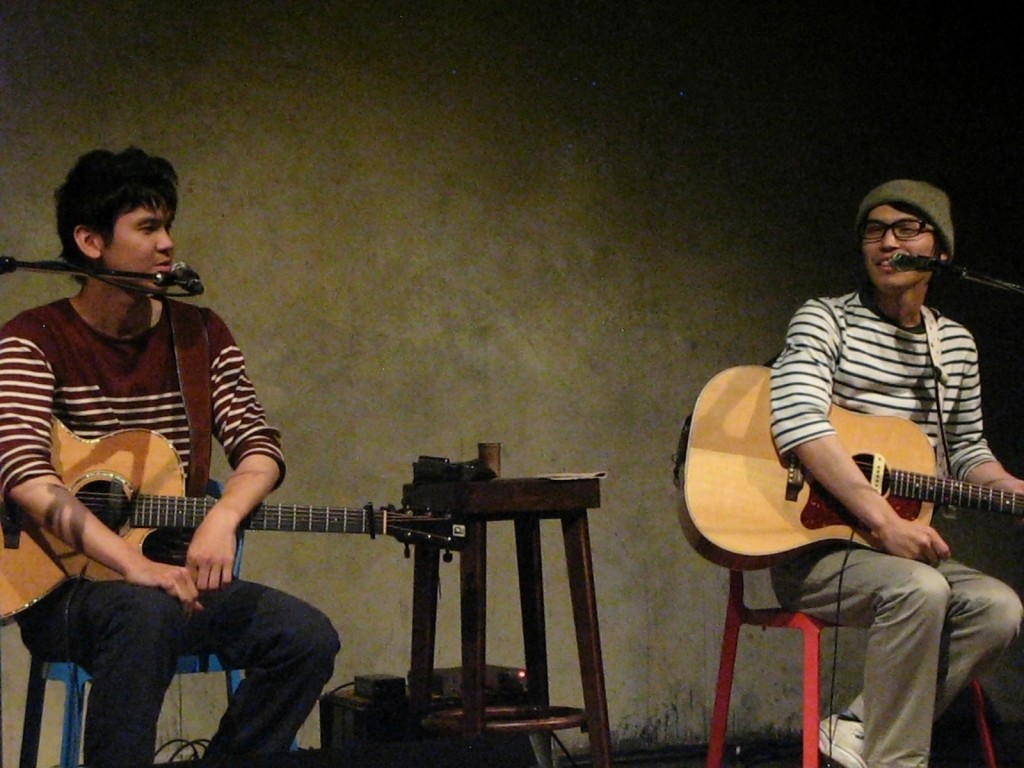 Also on the bill that night was a duo I hadn’t seen before: Curtains. I was quite taken by their gentle vocal harmonies and nifty guitar play, but this next song in particular I thought, really stood out.

You can check Curtain’s schedule at their website here: http://blog.livedoor.jp/curtain_s_2/

And here’s one more from Satoko to see us out.