When you describe Kyoto, you couldn’t skip them; pure water, old wooden house in a row, and food culture. This is beer whose mother is the honorable tradition in Kyoto, and whose father is beer boasted of by Germany. A new historical chapter is recorded in our culture.
From the KANBAIKAN craft beer label.

A few months ago there was a big conference in England where all kinds of impressive people got together, and talked about impressive and inspiring things. If you go to the website TED TALKS you can take a look at some videos from the conference. They really are very impressive, but oddly there doesn’t seem to be anyone there whose name is actually Ted. Here on Deep Kyoto we can go one better, with our very own (and impressive) Ted Taylor. As I knew he was leaving at the end of summer (today actually), I decided to interview him before he left. So, one afternoon in July we took the JR line from Karasuma/Shijo up to Imadegawa, got out at exit 2 and there we were at Doshisha University’s Kanbaikan building. 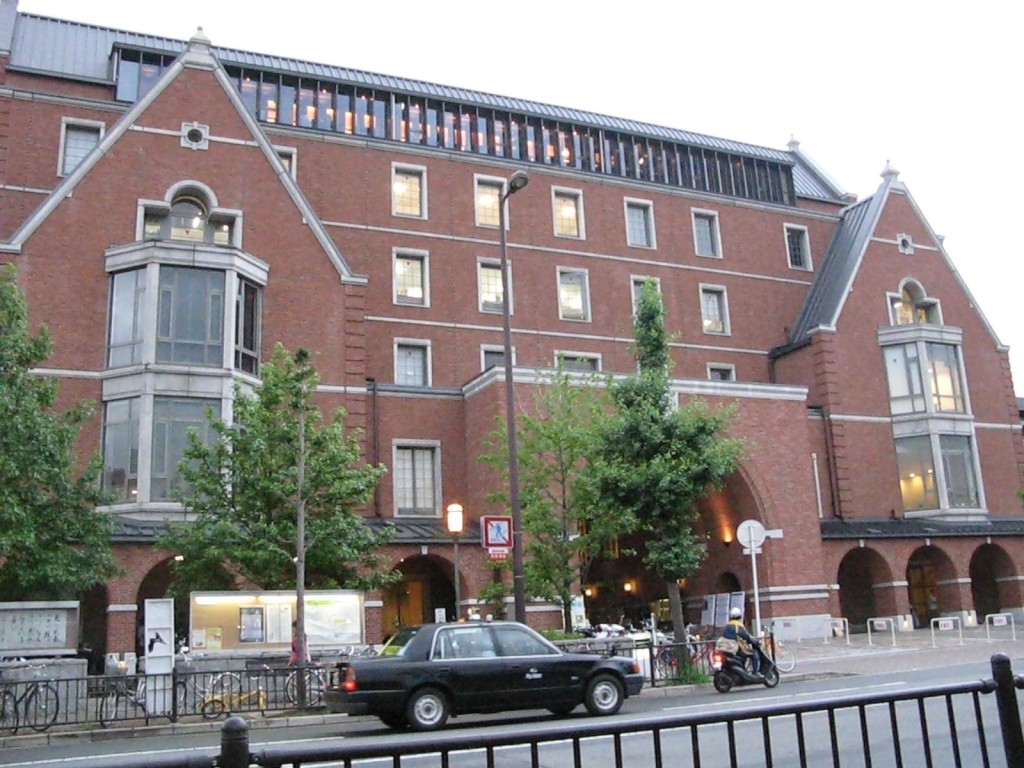 We’d been talking about coming here for some time because on the 7th floor of the Kanbaikan, there is a French restaurant called Second House Will that serves Doshisha’s very own craft beer; also called Kanbaikan. The Kanbaikan (寒梅館 which means Cold Plum Inn I guess) is an impressive red brick building with gorgeous views over the city and we enjoyed its namesake beer, also reddish brown in color, along with some crunchy French bread and a plate of tasty hors d’oeuvres. It was a very pleasant way to spend a summer afternoon and you can find a map here if you want to try it for yourself. However, as I knew Ted was leaving at the end of summer, I figured this was a good opportunity to chat with him about not just beer, but about zen, and hiking and writing and about his life in Japan and so on. You know; all things Ted.

but I was reading his books again. It’s funny when I read it two or three months after coming to Japan, I read it and I thought this guy is just a grumpy old dude who is just an alcoholic. But now I read it with hindsight and I’m like: this guy has Japan nailed. [laughs] At the time, you know, you’re new here and you don’t want to look at the bad stuff. But he nails it. He gets right to the heart of what’s wrong, or not what’s wrong, but what is somewhat… annoying.
Michael: Irksome.
T: Yeah, irksome. But I read it now and I was so inspired, because I’ve been saying for a decade “I don’t drink yellow beer. I don’t drink yellow beer.” I like heavier beers. I like more of a rich taste. I like malts…The best time, the only time I would choose to drink yellow beer is for sushi because for some reason the temperature of beer in sushi shops is absolutely perfect. It’s like the right amount of cold. From an American point of view. I know you guys drink it warmer but… But I always prefer these kind of things. [taps his glass] 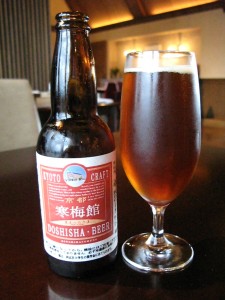 M: Yeah… but I like a nama, a cold nama.
T: But this is the thing. Reading Roads to Sata

; every day he’s walking and every night he’s drinking somewhere local with the local folk. And this is 1976, so foreigners in the middle of nowhere were really rare, but it got me switching back to Japanese beers again. Now I love to have… like tonight when I go home, I’ll have Asahi with dinner. And it’s great because it’s so light and it’s summer.
M: Yeah… I suppose I should interview you now.
T: OK. If you’ve got any good questions I’d be happy to answer them or avoid them.
M: What do you think of this beer?
T: I’m kind of happy with it. It’s got a nice color to it… It is the perfect example of a Japanese attempt to make a dark beer; where it’s dark in color but not in taste. But it’s still very palatable. It washes down the crab quite nicely I must say.
M: Now summarize your life in ten easy words.
T: Summarize my life?
M: In ten easy words!
T: I don’t know. “Follow your bliss” man. I mean, I’m stealing that from Joseph Campbell

. “Follow your bliss” is an academic way of saying follow the path of least resistance…
M: What brought you to Japan in the first place?
T: I wanted to do zen and aikido.
M: Had you been doing that before?
T: Yeah. And the beautiful irony of the whole story is that all those years I lived in Tottori, I was doing zazen, going to the temple twice a week for years, coming to Kyoto every other month, sitting, going for a few days in a temple… I’ve been in Kyoto for almost three years now. I’ve been to zen sittings maybe three times in three years. I think that’s completely crazy.
M: Why did that happen?
T: It’s my sort of protest in a way. All those years I was coming down to do meditation here I could sit anywhere for free and suddenly in the last three or four years when you want to sit somewhere: 500 yen, a 1000 yen. I feel like it’s become a touristy thing, it’s become a museum piece, there’s no reality, although I could introduce you to someone that’s on Horikawa that’s amazing. Basically every day there’s a zazen session. No money. Totally pure.
M: Where is that?
T: It’s on Horikawa, one or two lights below Kuramaguchi. A little bit hidden behind trees but there is a temple there. And I went and sat there once and he’s amazing, because he’s super nice and super friendly but when you’re actually in the meditation, he’s quite strict…
M: Does he whack you with a stick?
T: Well, if you want him to. It depends on your proclivities.
M: Yeah, I said “easy words”! Never mind your proclivities!
T: When I lived on the west side. I lived literally next door to Kinkakuji and then just up the road at Daitokuji there was a temple that I’d been interested in for years because Gary Snyder

who was a catalyst for me coming to Japan, he trained there and lived there for a long time.
M: Who’s Gary Snyder 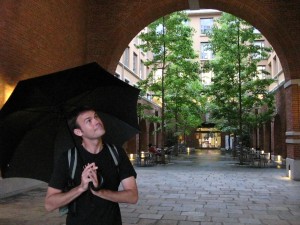 Inspiring! Ted called me as he was leaving the Kyo today and he sounded very happy and excited to be finally back on the road. I wish him well! However, his contribution to Deep Kyoto is not over yet. He sent me one last article which I shall be posting soon and still to come are two follow up talks we had over microbrews in Kyoto University and at the Fushimi Kizakura brewery. You can of course keep up with his wanderings on his own superb blog Notes from the ‘Nog.