As part of the sesquicentennial celebration of the Meiji Restoration, Kyoto has a calendar packed with events that expound upon the city’s role during that time of great social upheaval. Though the Restoration is considered by many to be a relatively bloodless end to the 268-year feudal Edo Period, Kyoto did indeed suffer, having served as host for most of the violence. The deepest wound of all was the Emperor’s decision to move his court to the new capital, newly dubbed Tokyo.

While most of the events are Japanese language lectures or historic walks, the special Lake Biwa Canal Cruise can be enjoyed by anyone. The springtime cruises proved quite popular, and during the months of October and November the boat trips will once again run each week from Thursday to Monday, with five daily departures downriver, and four up. 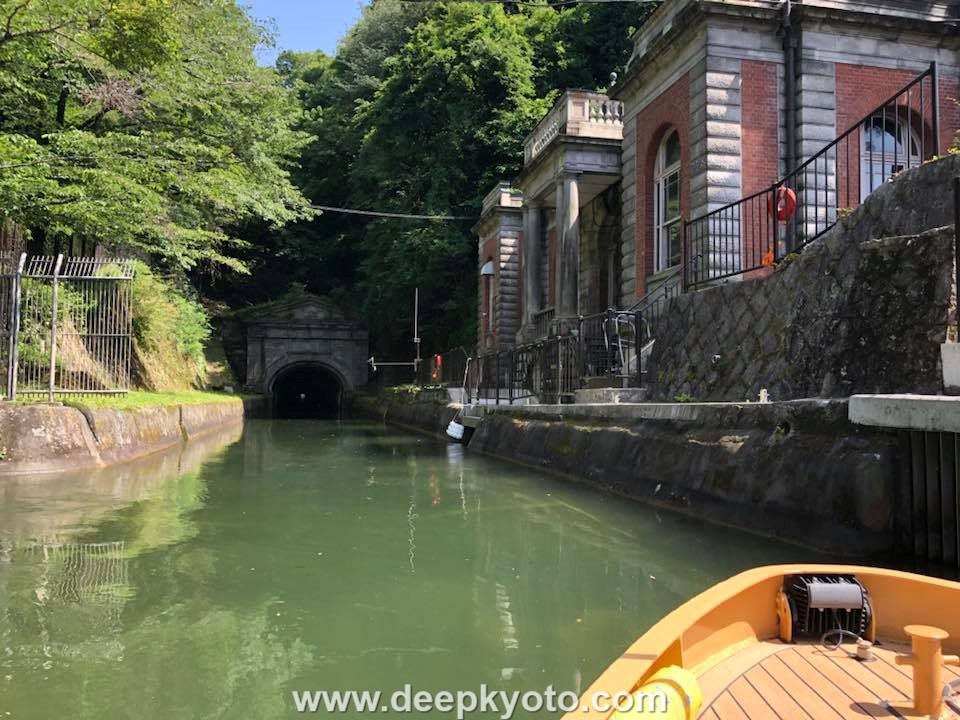 Bringing water from Lake Biwa to Kyoto had been a goal of the Edo period government, but it wasn’t until the introduction of western technology at the dawn of the Meiji period that it could be realized. As this influx of western ideas was accompanied by the loss of Kyoto’s 1,100-year old imperial court, Kyoto mayor Kitagaki Kunimachi signed off on the massive project as a means of boosting morale and mustering the energies of local labor. Most incredibly, the project was entrusted to a 21-year old Bachelor of Engineering, Tanabe Sakuro. The construction lasted for five years, from 1885 to 1890, at a cost that was greater than Japan’s national budget at the time. 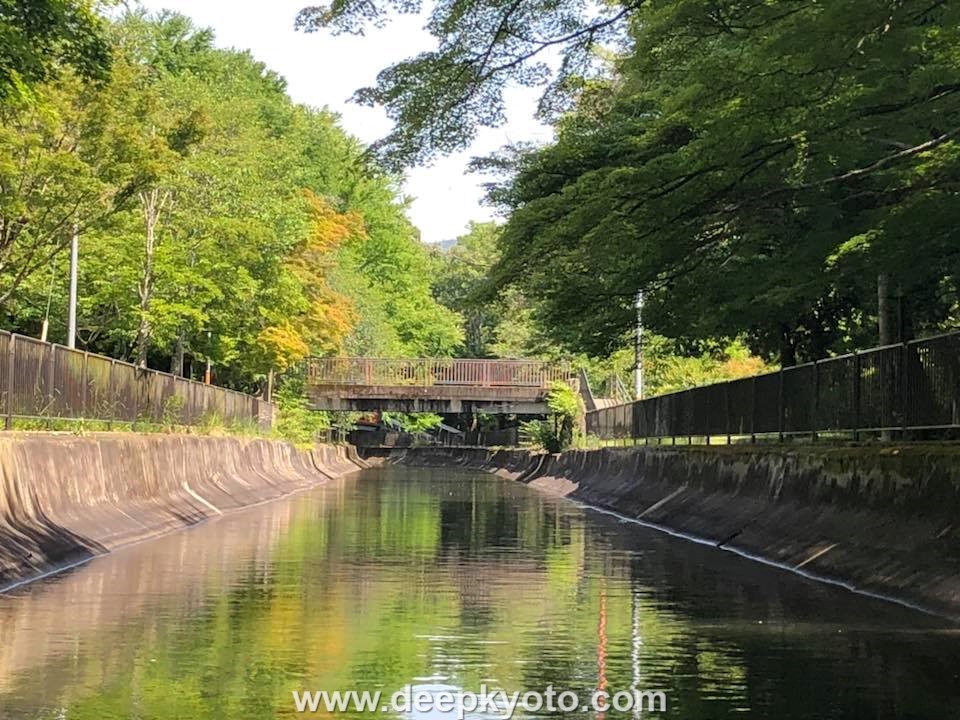 The entire canal system is composed of features that spotlight the best of Meiji era engineering and technology. Those who know Kyoto may be familiar with the somewhat incongruous aqueduct that runs along the back of the Nanzenji temple complex. Further along toward the city itself are the parallel rail tracks of the Keage Incline, where canal barges were once pulled along the slope in order to compensate for the 36-meter elevation difference between Lake Biwa and Kyoto proper. The waters at the base of the incline continue on to join the Kamogawa, as well as flow into the lake that is a prominent feature in the gardens of Heian Jingu. 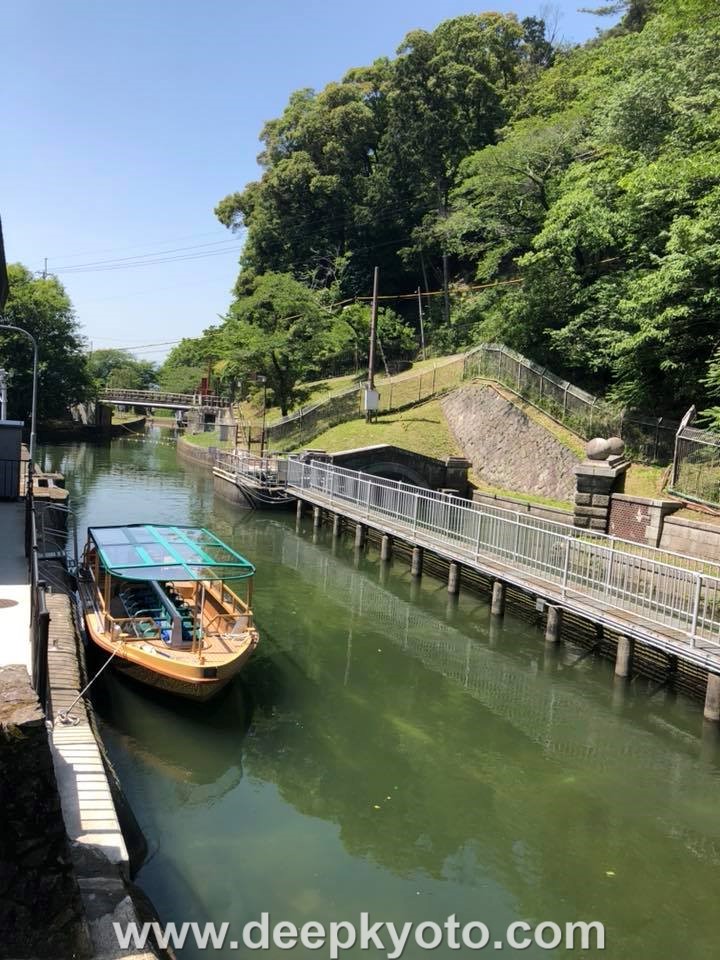 I started my journey at the old Pump Station atop the incline, at a time when the pink of sakura had been supplanted by an overhead of verdant green. The beautiful old brick station once supplied water to the Imperial Palace, but these days it is mainly used for fire-fighting and irrigation. Our group of twelve was led to a small glass-covered boat, whose engine slowly propelled it away from the dock and toward the first of three brick tunnels, its 850 meters feeding us on to Yamashina. (The tunnels can be chilly, so a cover of sorts is recommended.)

This middle stretch was beneath a canopy of maples, and promises of autumnal beauty. Plenty of walkers were sharing this day of fine weather, strolling along the Yamashina footpath that parallels the canal. It was pleasant to cruise beneath an assortment of small bridges, and in the shadow of large temples just out of sight up the hillsides above.

The third bridge was the longest at 2,436 meters. Midway through, a video was projected upon the walls on either side of the boat, sharing more of the canal’s history in state of the art animated graphics, a proud display of continuing Japanese innovation. 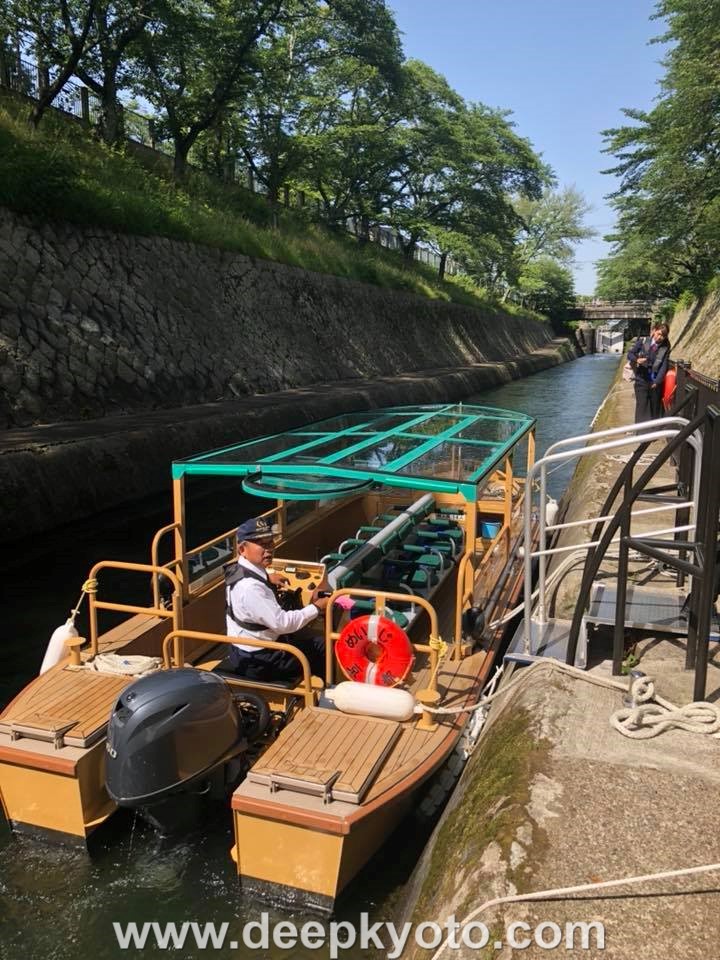 We arrived finally at the Otsu canal lock, and the end of our 55-minute long cruise. From here, passengers could choose between a two-hour walk along the footpath back to Yamashina station, or an onward visit to Miidera Temple. I opted instead for the ten minutes walk to the temple’s eponymous station, and a train back to town.

Overall, the visit was not only an impressive look at Kyoto’s rich industrial past, but also a wonderful way to pass a warm afternoon. And while the canal trip was planned as a special commemoration of Kyoto’s past, I would presume that its popularity will mean a continuation in years to come, as a new generation of visitors from abroad inspires the city to draw more deeply on its historic reserves. 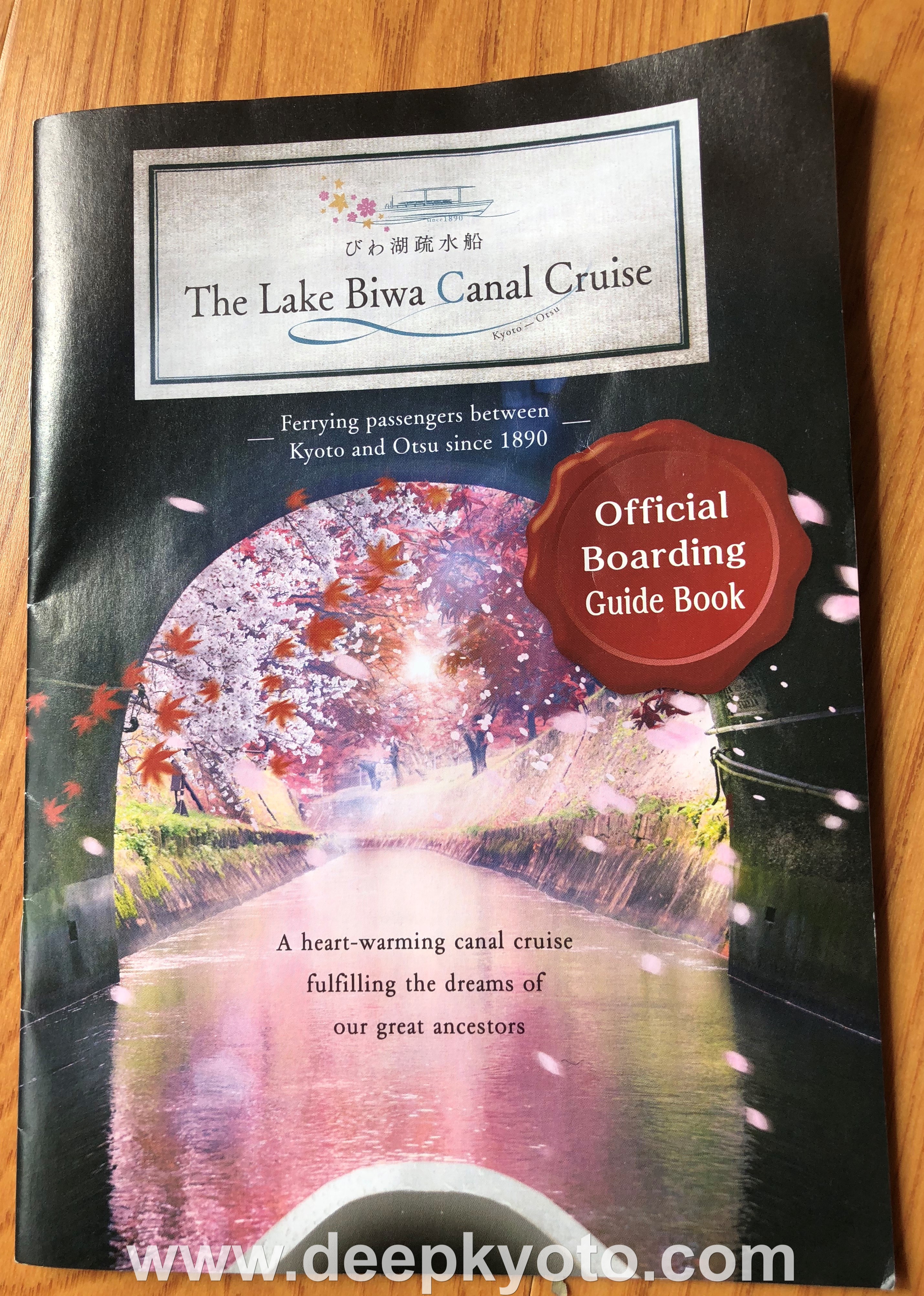 The Biwa Canal Cruise runs from now until November 28. Details in Japanese can be found here:

Also by Edward J. Taylor:
Walking through the history of Kyoto’s “Oil Alley”: Aburanokōji
From Industry to History on Kyoto’s Muromachi-dōri
A Stroll Along Teramachi: Kyoto’s “Temple Street”
Tracking the Changes on Kyoto’s Bukkoji-dōri
Shinmachi and the Giants of Gion Matsuri
Ambling Down Kyoto’s Yanaginobanba Street
Strolling in Kyoto: Takeyacho & Ebisucho