Just a quick post to put you in the mood for this Saturday’s Craft Beer Festa. Last Thursday I went to the craft beer bar Bungalow with friends Ted Taylor and Robert Yellin. It is a delightful place and I enjoyed many fine ales and bar snacks. Definitely this is a premier location for craft beer enthusiasts in Kyoto. Here are a few pictures + notes that I managed to take before I became too absorbed in the conversation (or absorbed by the beer)…

I started with a Coedo Kyara. This  is a Marzen beer, which can mean many things to many people, but this one was light bodied with a slightly malty but clean taste. A perfect starter beer.  I should add that they have ten beers on tap here, so I was drinking small glasses so as to fully sample the variety on offer. 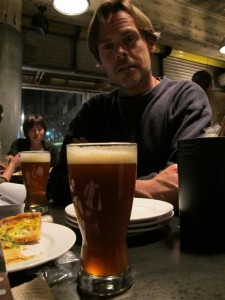 Here’s Ted now gazing upon a Baird Angry Boy. A British style Brown Ale, you can’t go wrong with this. Medium bodied with a mild hoppy, nutty flavour. You could easily spend the evening just on this one, but life’s too short and many more beers await! 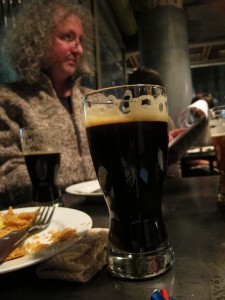 On the sage advice of Mr. Yellin I next tried a Kinshachi Imperial Stout. Not too heavy for a stout, this has a rich cocoa taste with hints of berries. It would be a good beer to finish on – though I have to admit we didn’t. And now that I remember it, there is also a tiramisu made with stout on the dessert menu that I neglected to try. Must remember next time! 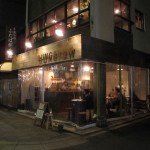 Bungalow is on the south side of Shijo just a little east of Horikawa. Here is a map. Everything else you need to know is written right here (just click for the website): 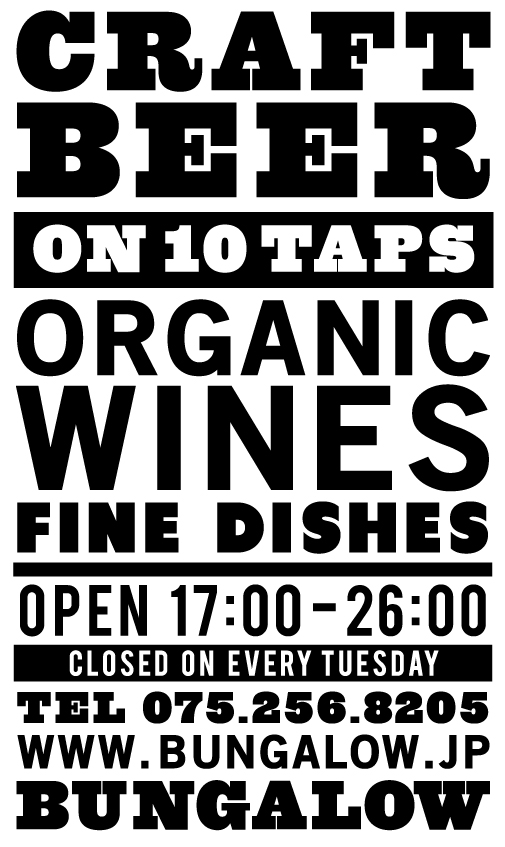