UPDATE: BAR F.S.N. has moved and is now located here.

Recently I heard that an old friend Philippe Goulier, had opened up his own bar. I was curious to see it. Philippe had always talked about running his own little cafe, or tea house, or restaurant… or something, but it always seemed like it was just talk. It’s awfully nice when people exceed your expectations. Philippe has created a really nice little place. The name F.S.N. stands for Frontieres San Nations. I’ll let you puzzle over what exactly that might mean yourselves…

It’s a cosy little joint, that seats about ten people. Philippe being a man of many talents, decorates it with his own art and changes the paintings every two months. He also did all the interior woodwork and decorating himself, and he put in a new window so that you have a lovely view of the Takasegawa canal. He’s also a great cook and will prepare something for you, if you’re hungry, from the ingredients to hand. There’s no menu, so just tell him how much you want to pay, (a minimum of 500 yen) and he will prepare something accordingly. Philippe hails from Burgundy in France, so I suppose there is a French influence to his cuisine, but it’s mostly original: salads, curries, pates, soups, omlettes etc. And everything is largely vegan or vegetarian, except for the cheese.

I asked Philippe what had inspired him to open up his own bar. He gave me three reasons. “One reason,” he said, “is that I like to talk to people and meet new people every day.

“And also, and this is important, I don’t want to work for someone else!”

I asked Philippe what kind of music he plays.
“It’s not easy to describe,” he told me. “Mostly underground, or independant, not that famous; reggae, ska, punk, sometimes jazz, sometimes hip-hop but mainly rock and French music… It depends on the customers and the time. At 6 o’clock, if I have a 60 years old customer, I will not play Metallica! If it’s quiet, then something slow. If people look like they are ready to dance, then something groovy.”

Food and music aside though, what Philippe has created here is a pleasant little spot for a quiet drink and a chat. Bravo Philippe, on putting all your talents to such good use! 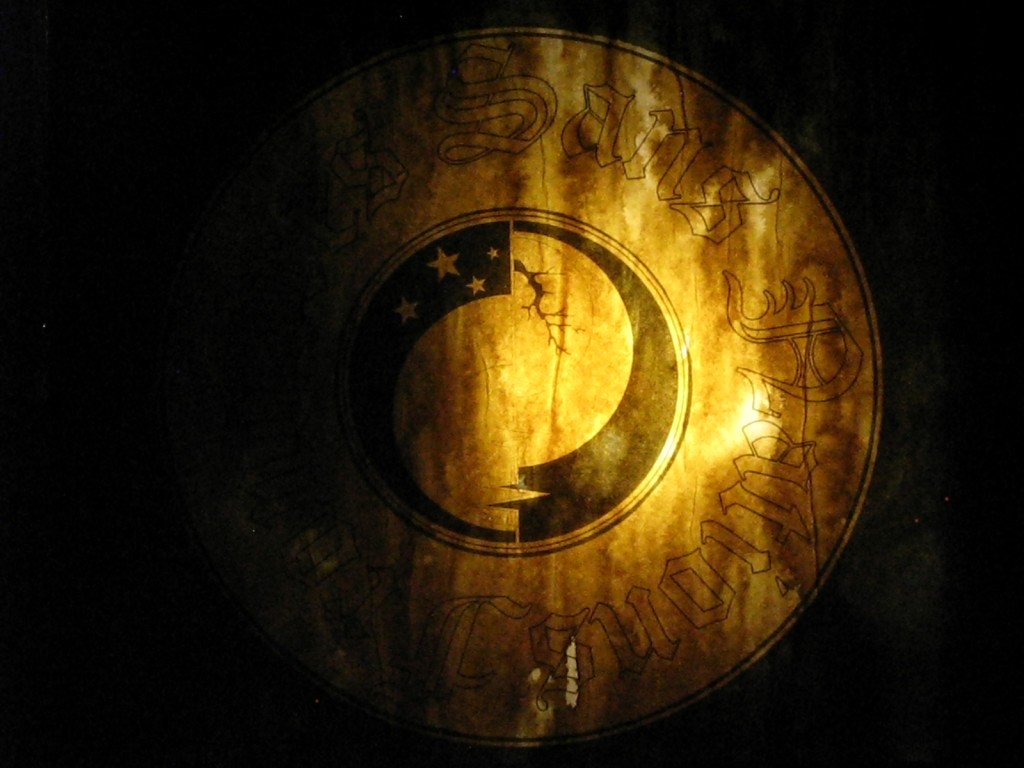 Bar F.S.N. is in the building directly opposite the popular izakaya A-bar.  Now I always find this area to the west of Kiyamachi confusing, but I think you can find it if you go north from Shijo on Kiyamachi, take the second turning on your left, then take the next right turning and look out for this sign on the right.  Philippe’s bar is up the stairs on the second floor and to the right. Here is a map.
Bar F.S.N. is open from 18:00 – 01:00 and closed on Mondays.
Tel: 090-5064-0642