Here’s the latest news direct from our friend Joshua Breakstone about his next big gig at Bonds Rosary: 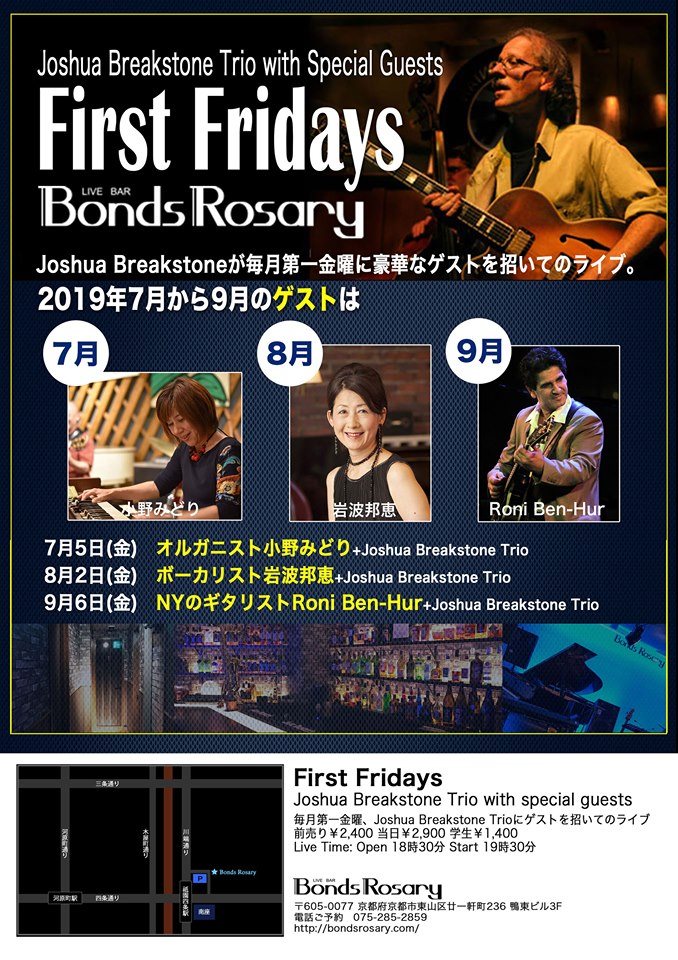 “On September 6 it’s going to be a really special night at Bonds Rosary, “First Fridays” for 2 reasons:

1) The special guest coming to play with my trio that night is the great NY guitarist, Roni Ben-Hur who, believe it or not, will be making his first Japan tour. Roni’s played and recorded with the likes of Barry Harris, Lewis Nash, Charles McPherson, Diane Schuur, Jimmy Heath, Clark Terry, Slide Hampton, and many other jazz greats over the course of his career. It will be be a burning 2 guitar kind of night and a lot of fun too. 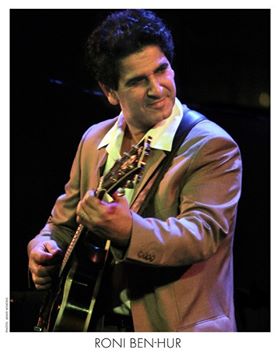 2) September 6 will also be a bit of a soubetsukai (going away party) for me as I’ll be leaving Kyoto and going back to the US in mid-September for an 8 week tour for the October release of my new recording. I’ll return to Kyoto in March of next year- and our “First Fridays” jazz series will resume in April.

I’d encourage you to reserve for this one by calling Bonds Rosary during their regular evening operating hours at (075)285-2859.”

Bonds Rosary is a 4 minute walk from Exit 1A of Hankyu Kawaramachi Station and a 30 second walk from Exit 7 of Gion-Shijo Station. Here is a MAP of the location.