James Brown once said ‘The one thing that can solve most of our problems is dancing.’ Now there were times when James Brown didn’t make much sense, but with this one, he really hit the spot. A form of release, a form of expression, dancing is a way we shake our daily nags away and get lost in the moment.

And Japan, known for it’s overtime and stressful work ethics, is probably a country that would benefit from a LOT of dancing. Yet in Kansai right now ‘dancing’ has become regulated. Yes our friend ‘dancing’ has gained a bad reputation and has been handed down a curfew by Japanese authorities.

Under the Fuzoku (or Adult Entertainment) Law, clubs and bars that cater to dancing are now only supposed to operate up to 1am. As the name of the law suggests, the law was created to deal with the sales and operation of adult businesses (host clubs, brothels, girls bars etc….) However, due to the vague nature of the terminology, the law also includes “nightclubs and related establishments that allow customers to dance.” Because nightclubs in Japan are categorized under this law, they have to conform to strict specifications for business operation.

Now this law is nothing new and has been in place since 1948. Back in post war Japan, in some establishments, ‘dancing’ itself wasn’t just dancing. It was a way for places to lure customers in for some other ‘services’ (wink nudge).

For a long time police have turned a blind eye to how clubs were operating. However it is believed one of the reasons that authorities decided to bring the law back into place is to clamp down on Yakuza and their drug operation in clubs. Other possible reasons include ‘to control noise levels in residential areas’ and also ‘to take control of young people loitering around in the city’.

Whatever the reason, the reality is, authorities have taken away places where people can get a little bit crazy, express themselves and be creative. Kyoto’s Club Metro owner, Nick, said it is heartbreaking that he has to close clubs down at 1am and send patrons home early.

However, these club owners aren’t going down without a fight. Nick and other clubs have teamed up with DJs and performers to get a petition going to knock down this outdated law.

The petition ‘Let’s Dance’ is currently circulating the Kansai area and the organizers are hoping to collect at least 100,000 signatures from people all around the country (current signature numbers stand at just over 10,000).

The petition has some powerful people backing up their fight for the right to dance. The power team includes Ryuichi Sakamoto (musician/actor), Seikou Itou (writer), and representatives of the Fuji Rock Festival. Nick is also hoping to get some powerful international profiles. ‘We’d like to request signatures from Lady Gaga and Yoko Ono……powerful musicians from around the world.’

The ‘Let’s dance’ petition is also calling out to foreigners living in Japan. You can download the petition’s PDF from http://www.letsdance.jp/shomei/ or you can support them through signing up on their web page: https://www.letsdance.jp/webshomei/.

b) love to dance,

e) think this law is ludicrous,

f) all of the above

– I urge you to click on the link and show your support. Because clubs aren’t just places for people like me to shake their tail feathers but it’s a place where people can express their creativity. Whether it’s in the form of DJing, MCing, performing, or dancing.

Note* a section of this story has been taken from an article Sara previously wrote for Facebook titled ‘Japanese law, stricter than mum’ 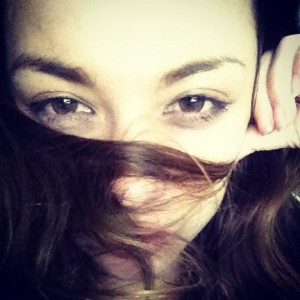 Product of a crazy Japanese mother and Kiwi father, Sara moved to Japan in 2009 after leaving her job at a television network in little ol’ New Zealand. Having a serious case of FOMO (Fear Of Missing Out), she juggles 3 jobs, but her main job is being a promoter and booking manager at an independent record label in Osaka. Sara enjoys telling stories and she tells them through photography, audio documentaries and writing. Her guilty pleasures include: procrastinating, wearing socks to bed, Kanye West and drinking copious amounts of coffee.

[Ed: I vote they make this classic tune by fellow Boro-boy Chris Rea their campaign theme]