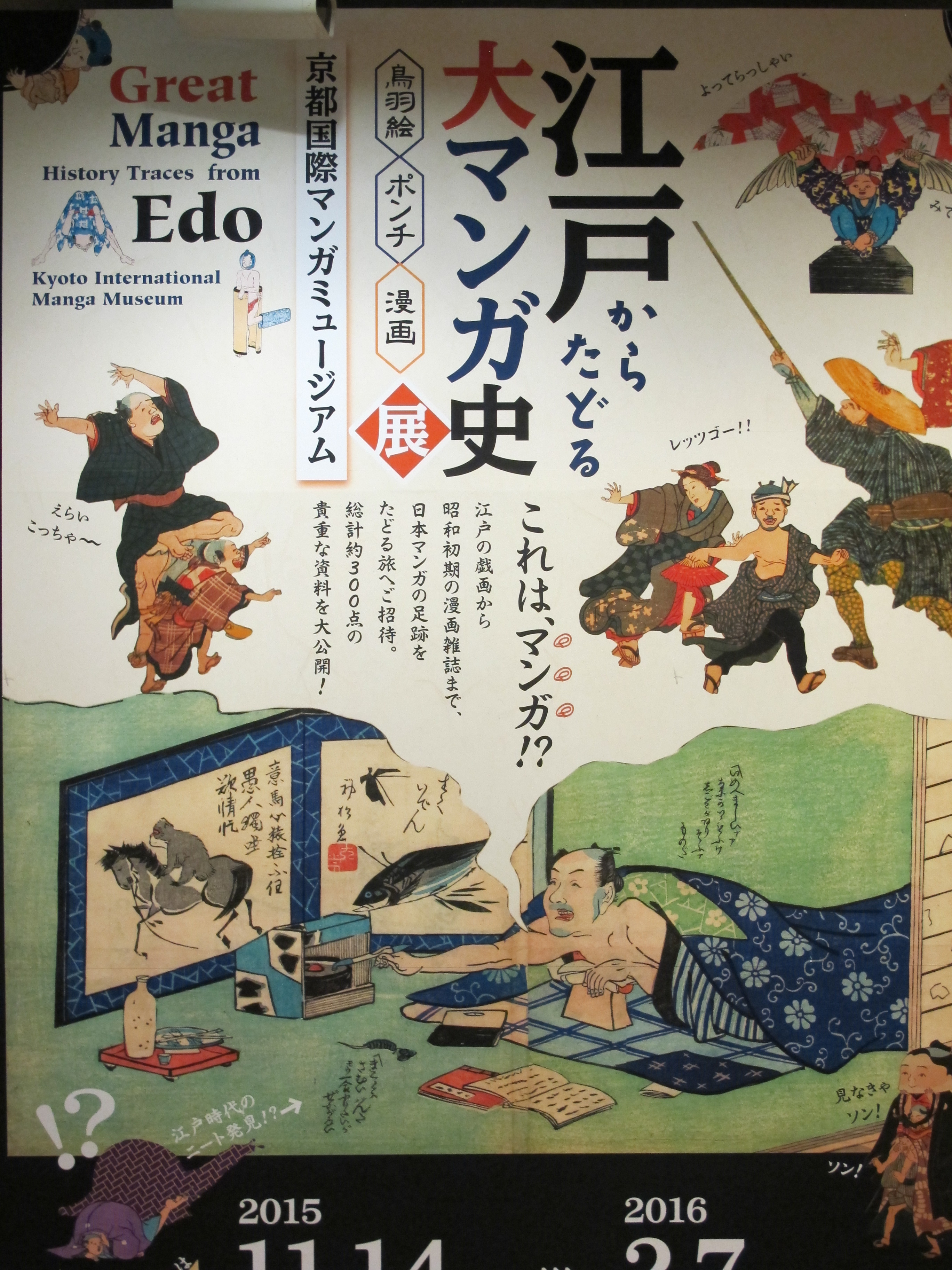 Yesterday, Mewby and I went to see the “Great Manga History Traces from Edo” exhibition at Kyoto International Manga Museum. This is a fascinating exhibition whether you are interested in the early development of manga, or of its role in social history. Manga has a long history as a satirical tool, used broadly to mock social and political trends. The museum displays a great number of original materials to show manga’s development from playful sketches intended purely to amuse, to works of more serious intent, such as the battle scenes that satirized opposing forces during the Boshin War. And happily everything is clearly explained in English as well as Japanese – just as you would expect from this “International” museum!

Here are just two pictures that caught my eye yesterday among the many on show.

Above is an example of moji-e or “letter pictures”, in which hiragana characters are playfully used in pictures. For example the cat or ねこ (neko) in the third picture from the right clearly employs the character ね.

This picture satirizes society after the Great Ansei Earthquake, a major disaster in Edo (now Tokyo) in 1855. The geisha is grieving over her lost customers. The merchant on the left is an angry drunk because he has lost so much business. However, the construction worker in the middle is laughing at the money to be made in the coming reconstruction. Some things don’t change…

While photography is generally not permitted inside the Manga Museum, it is permitted in some sections of this exhibition.

Entry for adults is 800 yen, for middle school students (12-15) 300 yen and elementary school students (under 12) 100 yen. Entry entitles you to view all the exhibits in the museum. Visit the website to find out more: http://www.kyotomm.jp/english/