Here’s news of an upcoming event hosted by Writers in Kyoto (WiK) this week: 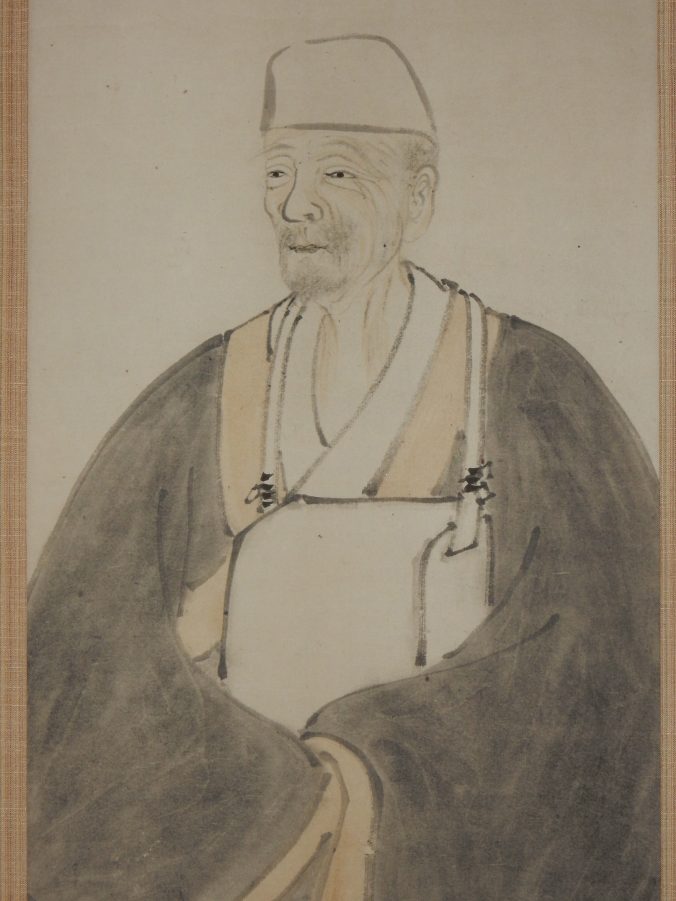 Shofukan B101  (Shofukan is located at the intersection of Shichijo Omiya. From Horikawa Shichijo walk west on the south side until you reach Omiya. Shofukan is on the SW corner.)

7.00 – Questions for either presenter

8.15 – Retire to the nearby “Public House” for drinks, food and discussion

When Basho portrayed himself, either in his painting or his poetry, he did so as the very epitome of Travel (tabi) itself – garbed in rain-hat and robe, with steadying staff and disposable straw sandals. Through haikai images of his own person, he managed to instill in the mind of his readers the scale of walking and the impact of the elements. In his travel sketches, or kikōbun, he saw himself as a dot on the land, visiting places of literary import, utamakura, subjecting himself to all that nature might offer him, for better or for worse. As evidence of this, we not only have a plethora of marvelous hokku by the poet, but also a small number of paintings of him travelling. He thought of himself as maintaining a tradition of literary travel and often used his own travel accoutrements to represent himself in the images he created.

My presentation will focus as much as possible on Basho in his own words and through his own eyes. Basho evidently thought of himself as ‘a wandering crow’ (tabi-garasu) and painted himself in tattered black robes both on journeys and at rest.

He finds a plum has flowered

At his old nest.

Contemporary theories consider fictionality as a “fiction contract” concluded between author and reader. Consequently fictionality is not something contained within the text but tied to the pragmatic aspects of language. It is a special use of speech, and this use on the other hand is institutionalized. However, while fictionality itself is not a particular content, the text contains signs labelling it as fictional speech. For example no rational reader would take a modern novel as a factual report on real or historical events due to the fact that one wouldn’t expect it in the first place. We read the novel based on the contract (knowledge) of fictionality. The label “a novel” on the book itself, its place in the designated corner of a book shop, a review in a magazine and so on are examples for institutionalized markers of fictionality, but of course such markers can be found within the text as well. As an author Bashō provided his literary travelogue in haibun stile (haibun kikō) with many such markers, but his attempt―may it be intentional or not―eventually failed. Despite the remarks by several scholars that Bashō the author and the first person narrator are not identical, to say nothing of the usual recipient even most experts, usually are reading the text as a factual travel diary depicting a real journey undertaken by the author in the year 1689. Being asked who is the “I” in the text, most would answer “Bashō”, but actually the text itself reveals almost nothing about the narrator’s identity. In passages which seem to be a little awkward, i.e. which cannot be explained as “laughing in high dimensions” (kōji no warai), or do not fit to the image of Bashō as a “lonely wanderer in the autumn wind” (shūfū kokaku), commentaries fall silent, and smaller “mistakes” usually are explained as a “false memory” (kioku chigai).

In my talk I am going to read the Oku no Hosomichi as fictional speech and examine the text for corresponding markers of fictionality―from the unusual masugata book format over the unreliable narrator to details like “speaking as if”.

Humanity in Basho: Bonding the Generations

The Basho haiku, travel journals, and few haibun available in English are a mere one-third of his poetry and prose available in Japanese. The two-thirds never or rarely translated — 1700 stanzas of linked verse, several tanka, 118 haibun, and 229 letters – include Basho’s most humane and life-affirming works. Each attendee will receive a pamphlet Bonding the Generations containing Basho linked verses, haiku, tanka, and passages from his letters, about the bonds between parents or grandparents and children. The presenter will explore the “compassionate intuition” in a few of Basho’s linked verses and letters, then attendees can share their insights. You will take away an awareness of the vast ocean of Basho works beyond his haiku and travel journals; an ability to further explore these profound resources for human self-understanding.