I just got tickets for the torchlight Takigi Noh performance at Heian Jingu this Sunday. Since March Mewby and I have been occasionally attending Noh performances at the Kanze Kaikan. Noh is of course notorious for sending people off to sleep, but our experience is that if you have a script to read along then it can be enthralling. Fortunately I was able to find the scripts for three of Sunday’s plays, Takasago, Matsukaze, and Shakkyō on the能.com. This will be our first time to try Takigi Noh so I’m quite excited! 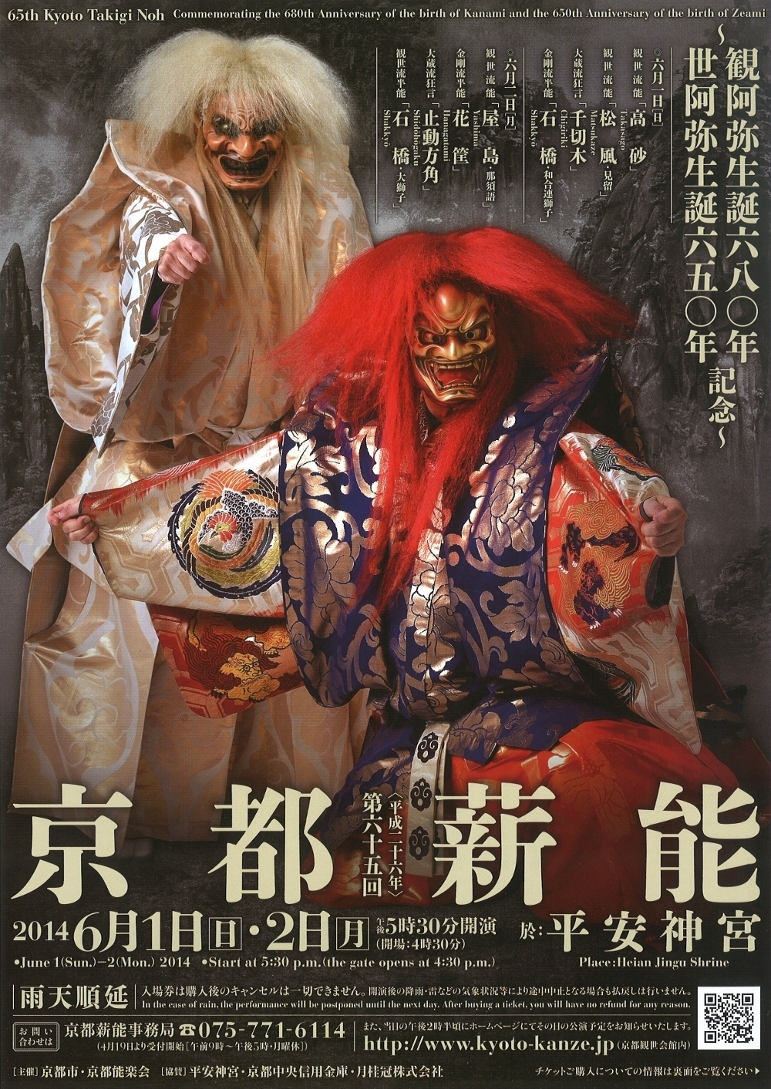 Here’s what John Dougill wrote about Takigi Noh on this very blog back in 2010:

Location: Heian Jingu Shrine (may be postponed in case of rain)
Dates: June 1 (Sun), June 2 (Mon) from 5.30 to around 8:45 (Gate opens at 4.30)
Cost: Y4000 at the gate (Y3000 in advance)
Recommended to take a sweater or light jacket for later in the evening
Schedule: Different plays are scheduled for each day – you can see the schedule here: http://www.kyoto-kanze.jp/takiginoh/takiginh65-program.htm
Inquiries (in Japanese): The Kyoto Takigi-noh Office 075-771-6114

Diego Pellechia has some more details about the performances up on his site The Noh Diaries.

John Dougill is professor of British Studies at Kyoto’s Ryukoku University and the author of Kyoto: A Cultural History, In Search of the Hidden Christians, and Japan’s World Heritage Sites. He is also a contributor to our book, Deep Kyoto: Walks.

Learn more:
Japanese Noh: Performances for the Gods
the 能.com probably has pretty much everything you need to get started with Noh drama…