I popped into the first Outsider’s Record Fair at Urbanguild today and it looked to have been a tremendous success! 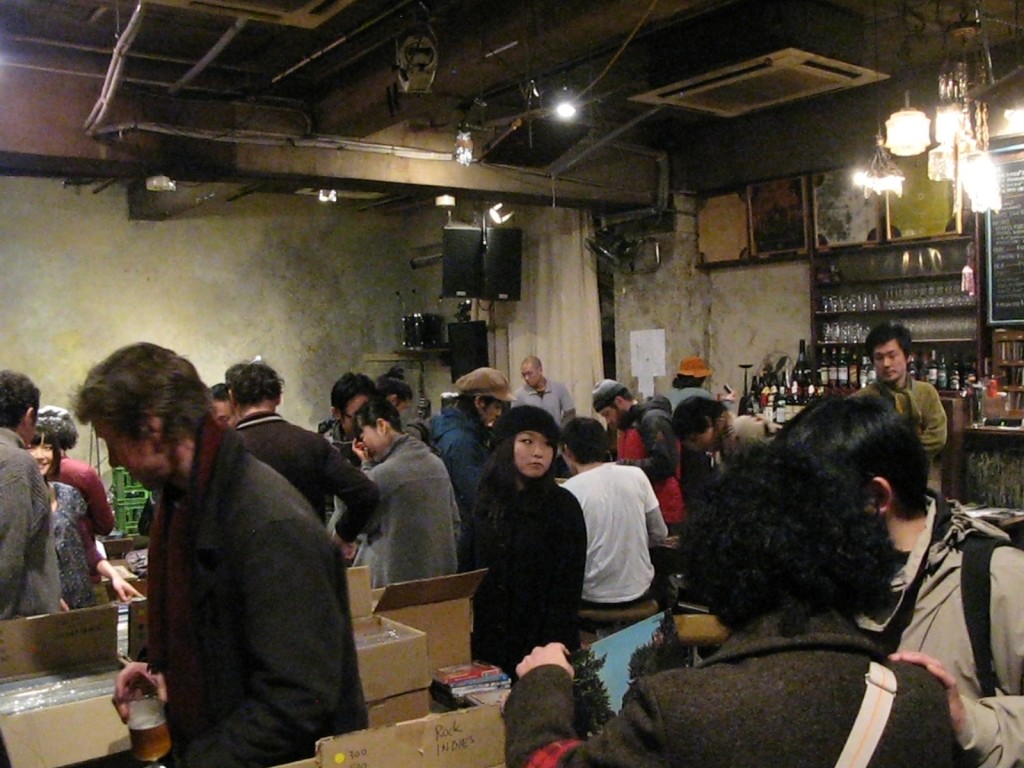 I spoke to Sean Roe, the organizer, and he was pleased to tell me that Urbanguild has already invited him to host this kind of event again. Sean told me that he was thinking of holding it four times a year and of making it more like a conference where record sellers from around the region can meet and discuss issues like the future of the record industry. Also he said it was important that some local music was being represented at the fair – true “outsiders” like Kyoto band Ultra Bide. 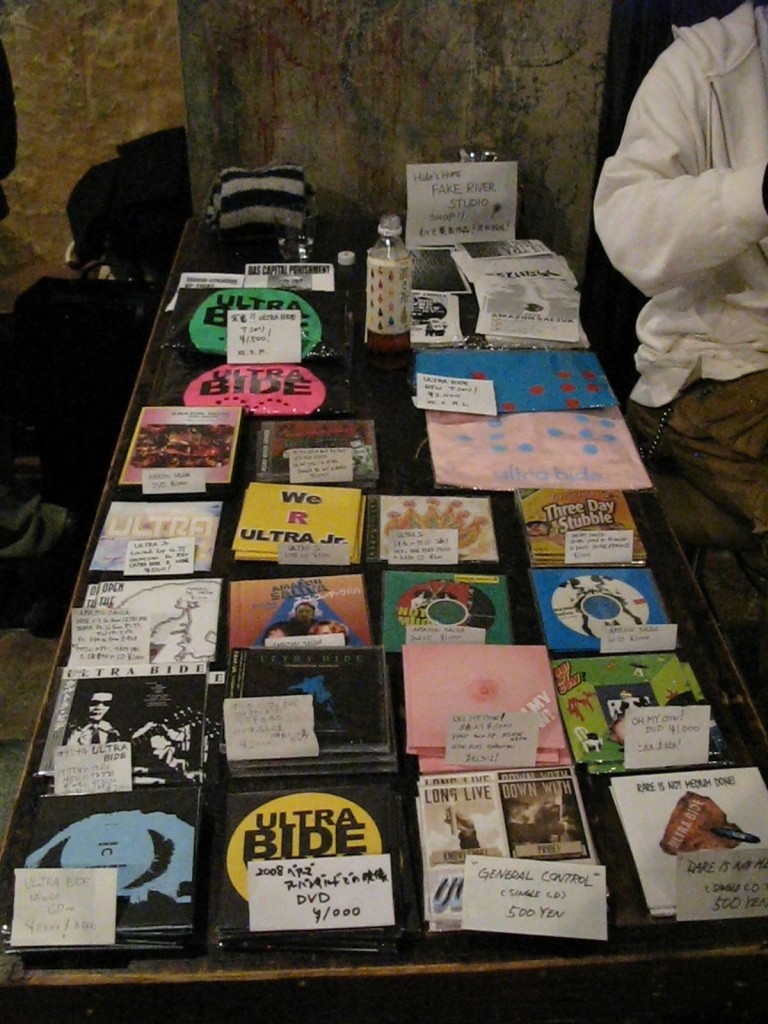 Again by combining this event with his JunKroom live event later in the evening he is hoping to reconnect the records with live performance. These guys were getting set up just as I was leaving. 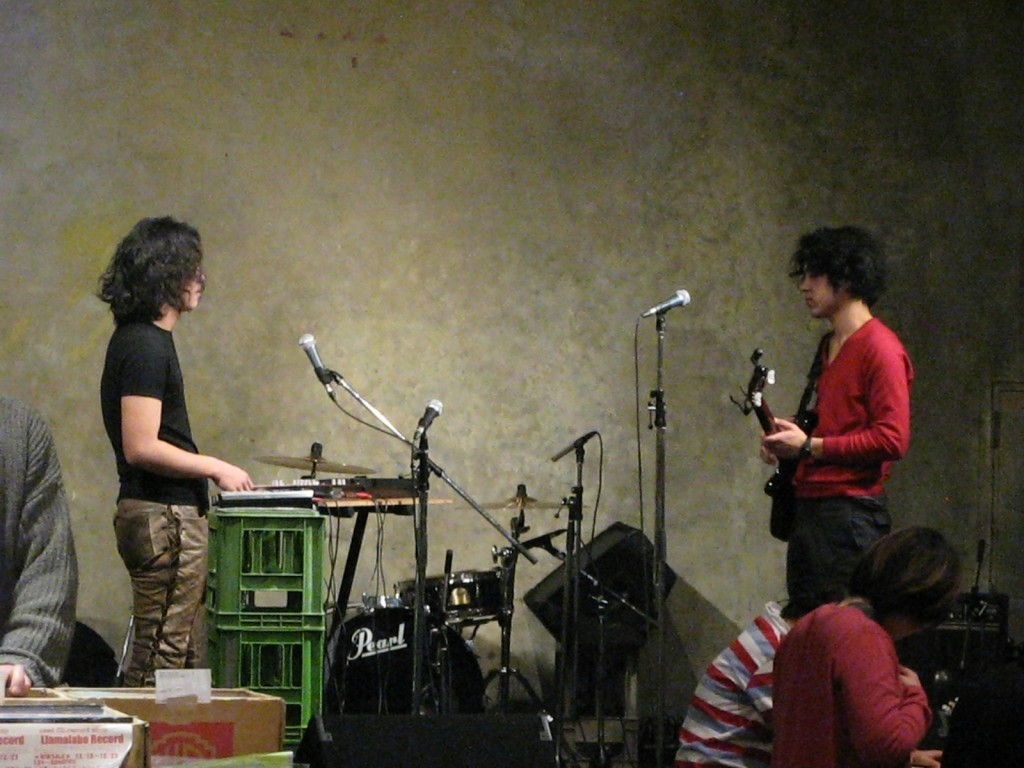 More importantly though – this event actually makes money.  Here’s Sean making a sale. “That’s my trip to Okinawa paid for!” he laughed. 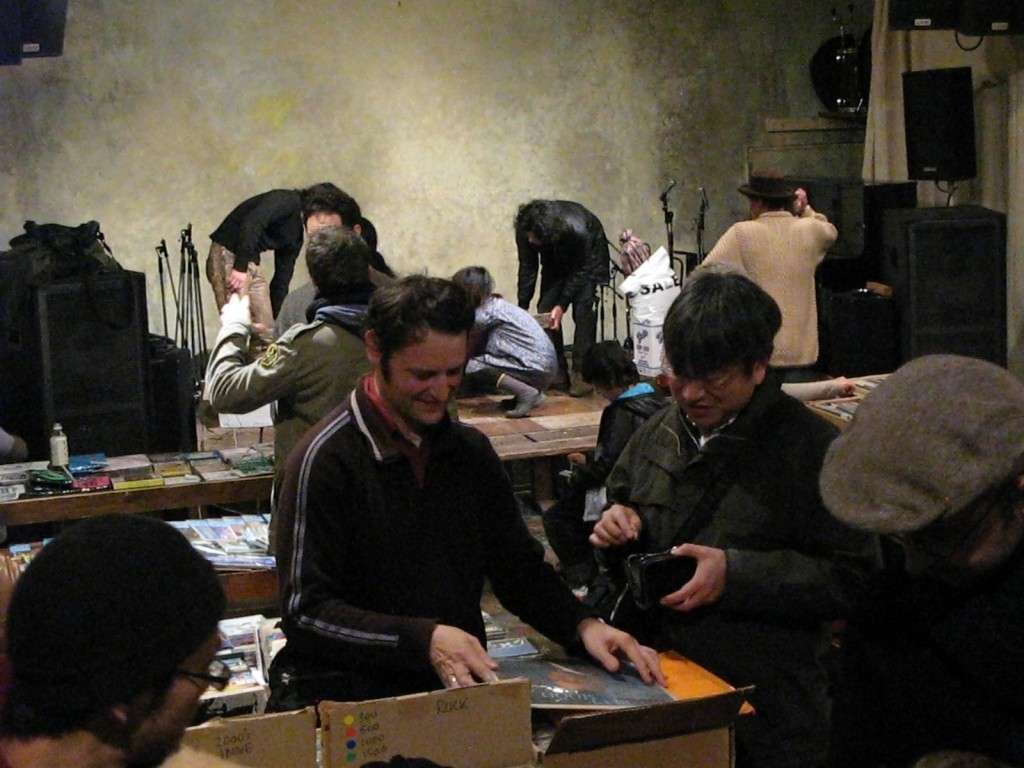 My old friend Yoshida Kei of Prototype was also there and drumming up some interest in his wares. 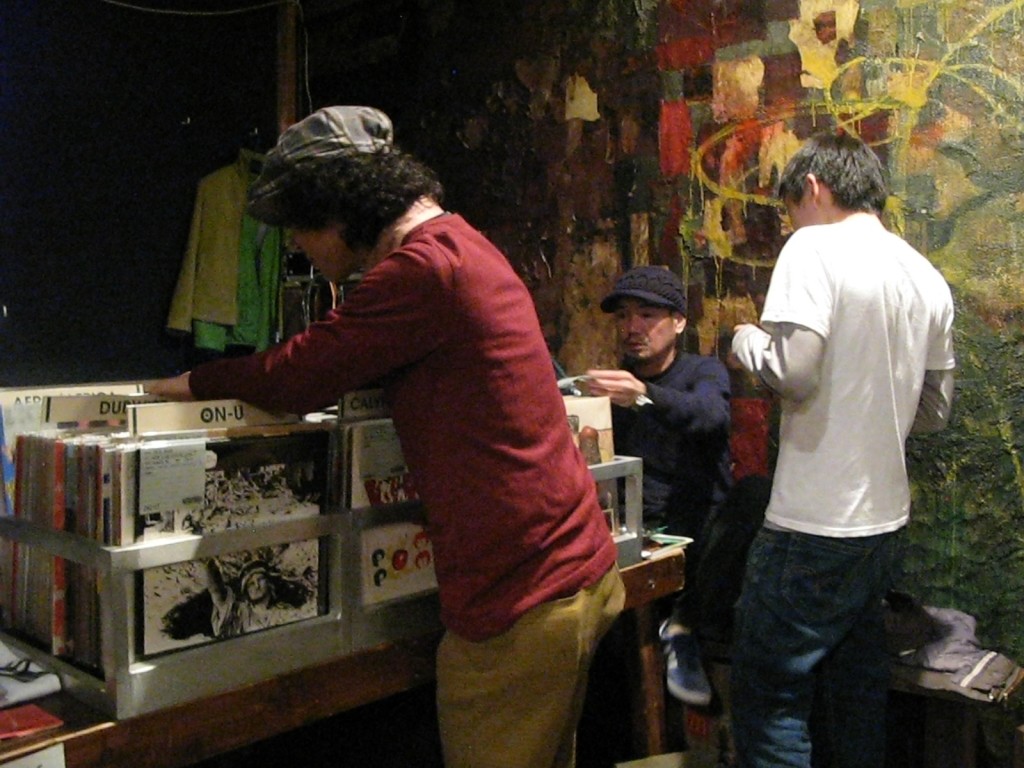 I think Sean has created something special here – an event where people who love music, whether musicians or collectors or sellers,  amateur or professional, Japanese or foreign, can meet, mingle, share, discuss and enjoy the music together. I was pleased to see my Joao buddies came along too.

Below left to right: Matsuo-san, Eri, Yutaka and Yoshida Kei.