Here’s a place I’ve been meaning to write up for the longest time. As regular readers may be aware, of a weekend my friends and I tend to gather at the wonderful music bar Joao. However, Joao tends to close relatively early (around 11 pm), so if we still have a thirst upon us (and we invariably do) the bar of choice is Alphabet Ave. on Pontocho.

Alphabet Ave. is a pretty laid back place with chill-out music and a fine night view over the Kamogawa. This bar specializes in rum but they have plenty of other drinks too.

The soft-spoken owner, Tako, opened this bar in 2004. Previously he worked at a bar on Kiyamachi called Cock-a-hoop for 17 years. Cock-a-hoop is a Latin music bar that also specialises in rum and Tako did enjoy working there. However, he felt that he wanted to open his own place – a place where he himself would feel at home. Now, running a bar in Kyoto isn’t really something you do if you want to make a lot of money. But Tako says he doesn’t mind that because he enjoys what he does. He’s very loyal to his customers and they are very loyal to him. 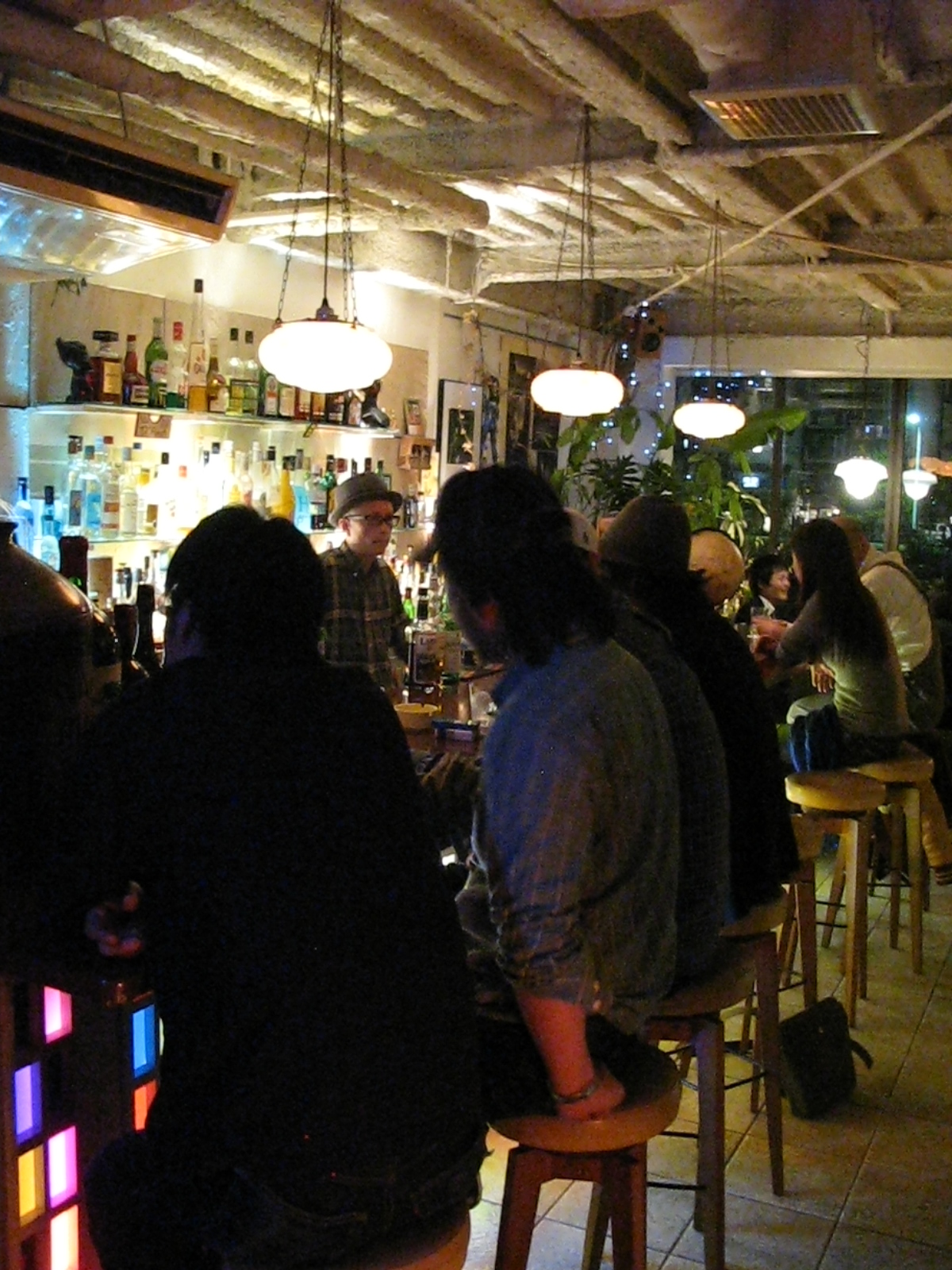 Regular customer Kentaro told me that he likes this bar because “I can come here on my own anytime and relax. It’s always open. And because most of the people who come here are in the same age group I can feel at ease”. I’d say the age group tends to be people in their 30s up into their 60s, which is pretty broad really. Anyway Tako and his wife have certainly created a calm space here to wind down in and relax with friends. I like it myself, because I know I can walk in here when the mood hits me and there’ll almost always be someone there I know. And even on those rare occasions when friends do not turn up I can always chat with Tako. Tako is a quietly sagacious type of chap and very easy to talk to. 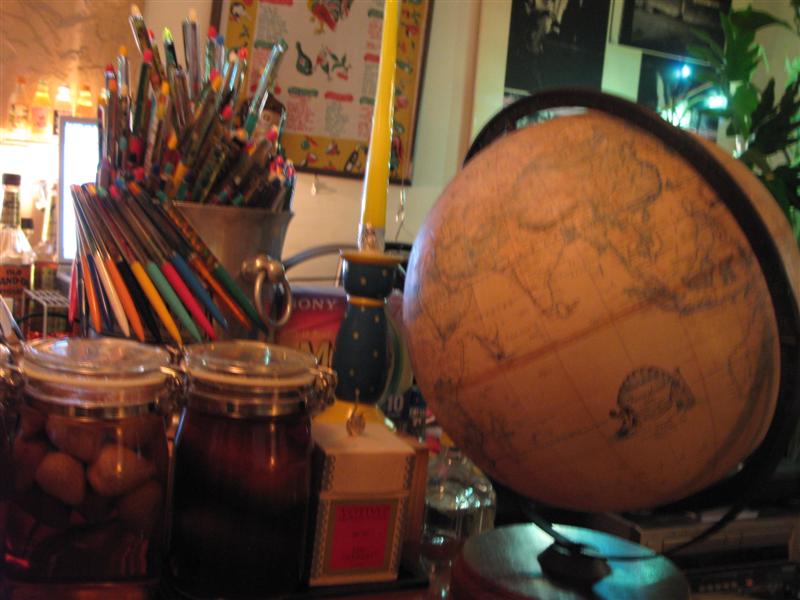 This is just an aside, but one thing you might notice at Alphabet Ave. is the enormous collection of pens. They are the sort of pens that have a clear plastic barrel at the top with something floating in it (they are properly called “floaty pens” or “floating pens”  apparently). Alphabet Ave. customers have brought them back as souvenirs from all corners of the globe. Oddly enough though, Tako tells me that no matter where you buy them, whether it’s Skegness or Rio de Janeiro, they are all made by the same company in Denmark! That’s globalization for you. I asked him “Why floaty pens?”
“Well, they’re not as bulky as snow globes are they?” he said. Practical chap, Tako.

Alphabet Ave. is open every night 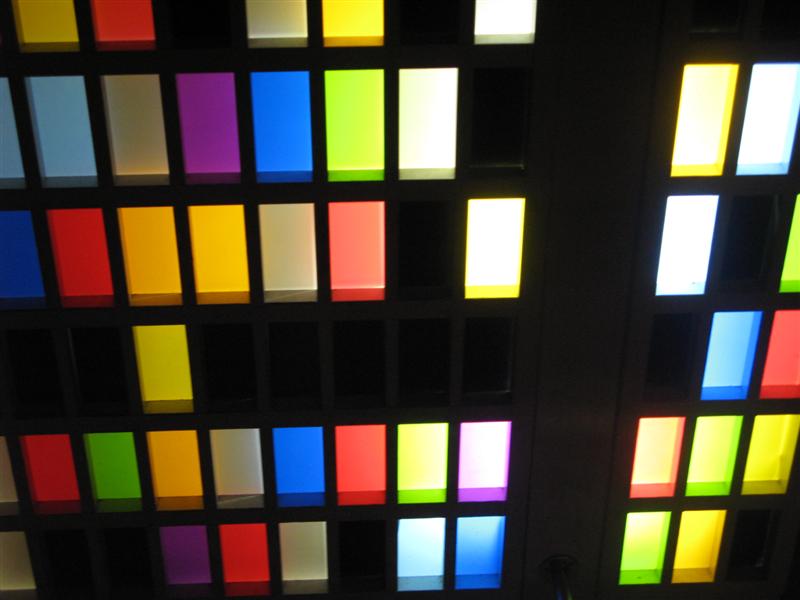 of the week from around 6pm until around 3am. Sometimes they have live music or dj events. You can find it on the east side of Pontocho, about halfway between Shijo and Sanjo, on the second floor of the Daikoku (大黒) building.  Look out for the blue sign at the bottom of the stairs. There’s a map at the bottom of this page.