In August I was in Uji one day and took the opportunity to visit the Byodo-in temple. As the pandemic has drastically reduced the number of tourists in Kyoto, I thought it was a good opportunity to view the famous Phoenix Hall minus the hordes of visitors that were there on my last visit – a good five years ago. Although this time there were a fair number of domestic tourists at the temple, I was indeed rewarded with a clear view of the building and (praise be!) there was not a selfie stick in sight! 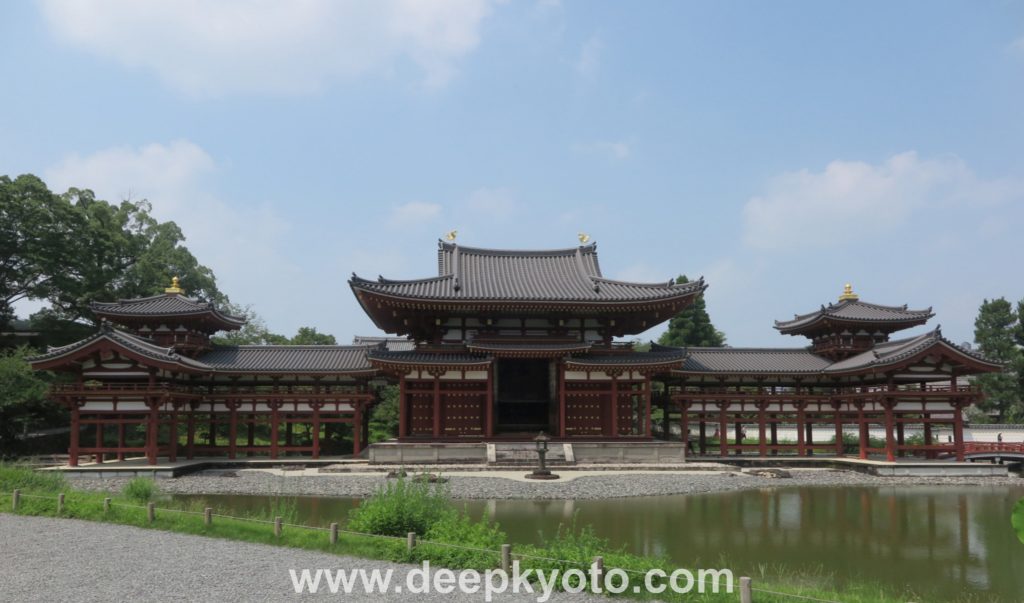 If you are in Kyoto and have some free time, this does seem like a good time to visit such iconic sites as the Byodo-in. Up until earlier this year, the sheer volume of tourists had made the experience rather unpleasant, but now, although there are some domestic tourists taking advantage of the current lull in international traffic, the number of visitors is really not so great.

Wandering the grounds of the temple I felt quite safe. Everyone wore masks and maintained an appropriate social distance.  I should add that this was not the case inside the temple museum, where despite very large clearly written signs everywhere asking people to keep 2 meters apart, nobody seemed to be paying them much heed. Perhaps they were too entranced by the exhibits (which are rather splendid) to notice how close they were getting, but I didn’t stay in there very long and I think for the time being I may stay away from museums and stick to outdoor venues.

For an extra 300 yen you can actually visit the interior of the Phoenix Hall, but again, right now I wouldn’t recommend it. For one thing, it is full of scaffolding at the moment. But more importantly, the space inside is too small for the number of people that they allow in there and social distancing is basically impossible. Nevertheless, there is plenty to see even if you skip both the museum and the interior of the hall, and my visit to the grounds of Byodo-in was overall a very pleasant one. Here are some more pictures.

Just past the Hoshokan Museum and behind the Phoenix Hall is a subtemple called Jodo-in. There is an image there called  救世船乗観音 which very roughly translated means “Sailing Saviour Kannon”. Kannon is the Buddhist spirit of compassion, and this particular image, which shows her in a boat, is popular with travelers who pray to her for safe journeys. Although the original image dated from the Edo era, this is actually a copy which was made after someone made off with the original just after the last war.

In another subtemple called Saisho-in you can find the grave of Minamoto Yorimasa. Yorimasa was a famous Heian-era poet, whose later years were interrupted by the onset of the Genpei War, a major conflict between the Minamoto and Taira clans. During the battle of Uji in 1180, Yorimasa bravely attempted to hold Byodo-in against the Taira forces, but the enemy numbers proved overwhelming and he was unable to escape defeat. Struck by an arrow, Yorimasa composed his death poem and then committed ritual suicide. The poem is inscribed on a sign beside his final resting place:

mired like an old forgotten tree
I will flower no more;
this life ends in such sorrow

Outside of the Byodo-in, Uji itself was a ghost town. One wonders how the local businesses that depend so much on tourism can survive. I am particularly fond of Uji. It is a lovely green town with many well-preserved traditional buildings and streets, and always a joy to visit. Although, I was happy to see Byodo-in without the crowds, the town itself was too empty and it was sad to see it abandoned. I hope Uji, like Kannon in her boat, can sail through the current crisis, and when the tourists return, both life and prosperity will return to her sunny streets. 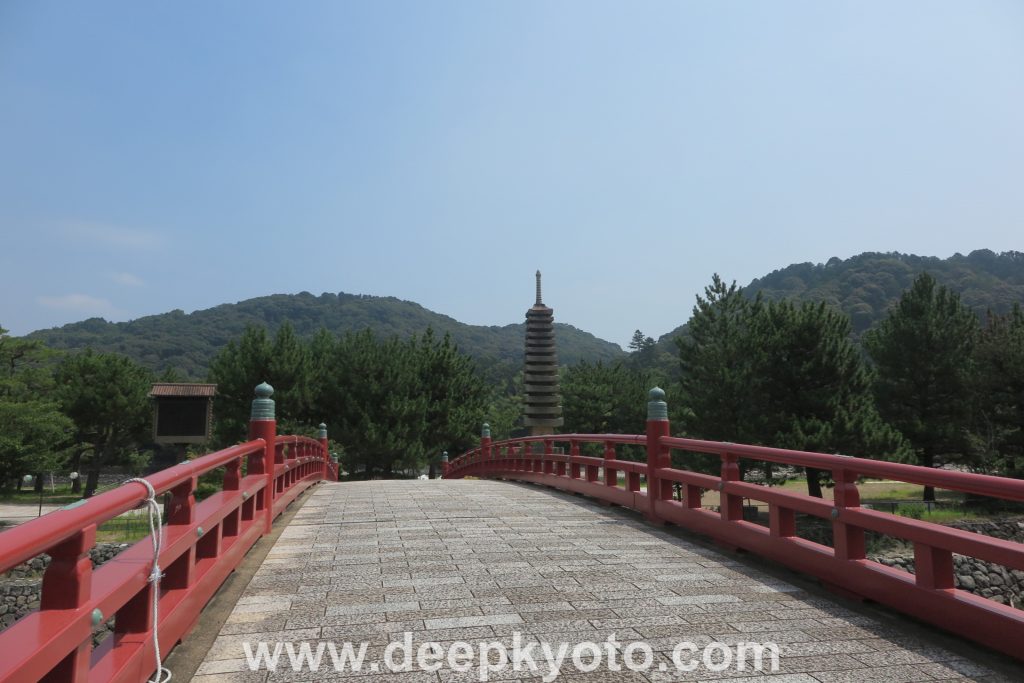 Article and photographs by Michael Lambe. All rights reserved.