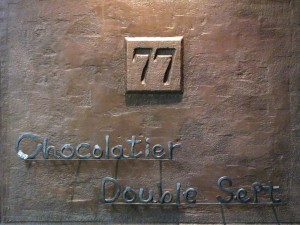 Here’s a little shop that could be useful to know about in the run-up to Valentine’s Day. Chocolatier Double Sept opened up on Yanaginobanba Dori late last year. Walking by one night, tired and cold after a long evening’s Christmas shopping, we were tempted inside by the promise of steaming cups of hot chocolate. Really, on these chilly, wintry nights, what could be cheerier? There are a variety of options on the menu: dorodoro is thick, or you could have it with spices, or marshmallows, or with a drop of spirits to really warm your cockles. We just went for the normal variety though and that was just fine.

There is also ginger ale and beer (Heineken) on the drinks menu. “Is it chocolate beer” I asked.

“No,” said the owner, “I just thought it might be nice for people to sit and have a beer and a piece of chocolate.”

Not a bad idea. There are a lot of different kinds of chocolate to try. Pick out the ones you want to make your own bespoke box.  You have your standards: milk, caramel, cinnamon, coffee and mint… And you have your stronger flavours: rum, cognac, cointreau, tequila, whisky… And this being Kyoto, there is of course a matcha green tea flavoured chocolate too.

The owner of the store, Mr. Kitagawa, is a friendly chap. Here he is explaining to us how his store got his name. 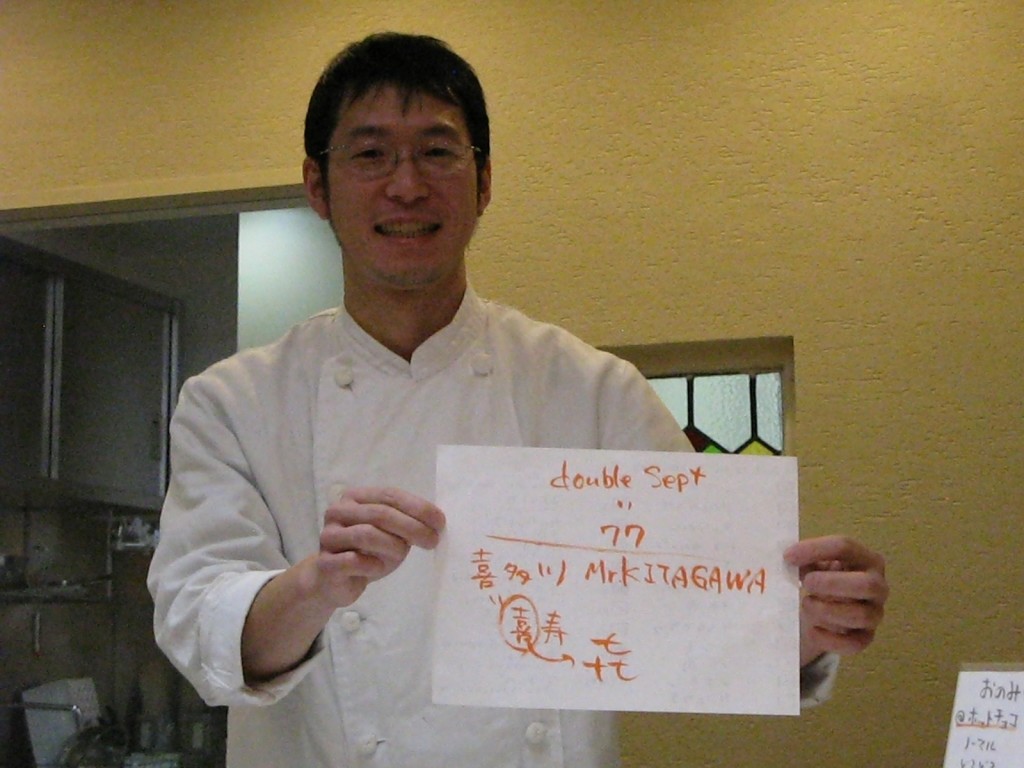 That is why a person’s 77th birthday is written as 喜寿 (kiju) and is held to be an auspicious celebration. Kitagawa-san wanted to include this meaning of happy celebration in the name of his shop and so it is called Double Sept.

Double click the flickr set below to check out some more pictures of (oh so tasty!) chocolates. I bought Mewby a box for Christmas.

Chocolatier Double Sept is open from 14:00 – 21:00. You can find it on the east side of Yanaginobanba, going south from the Starbucks on Shijo. Here is a most convenient map.