Yesterday, I had planned to spend the day running round Kyoto’s most iconic sites, taking immersive 360 degree images with my new Ricoh Theta camera… However, inspired by Tito’s flood relief poetry, and Rob Mangold’s posts on Facebook I decided to join them and Joel Stewart for a spot of volunteering in Arashiyama. I was encouraged by the community spirit there that inspired so many people to turn up on their own initiative and offer a helping hand.

Here are some pictures from the Kubo restaurant that we were working at yesterday. They are a mix of standard shots and 360 spherical  images. If you click on the 360 spheres you can immerse yourself in the full volunteer experience!

The first job that we had to do, was shifting a pile of garbage and debris to one side, which would have been simple enough except Joel found this little fellow in there. “Hey Michael. Look at this,” he said. 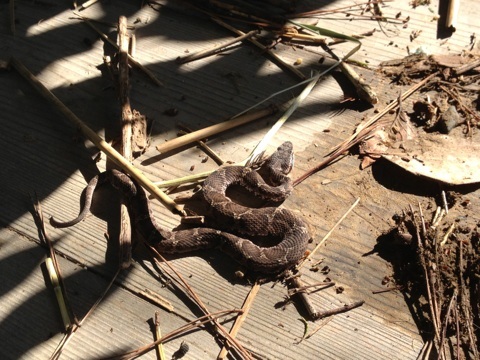 Pretty, isn’t it? It was a “mamushi” pit viper that Joel calmly informed me is poisonous, before coolly removing it to some bushes, out of harm’s way.  Once that was done and the garbage shifted we got on with some digging. 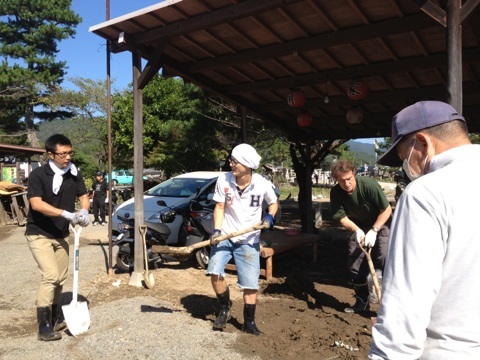 Here’s the front of the Kubo restaurant. What could be saved was piled up in front of the building while we cleaned out the inside. Flood damaged belongings had to be thrown away. 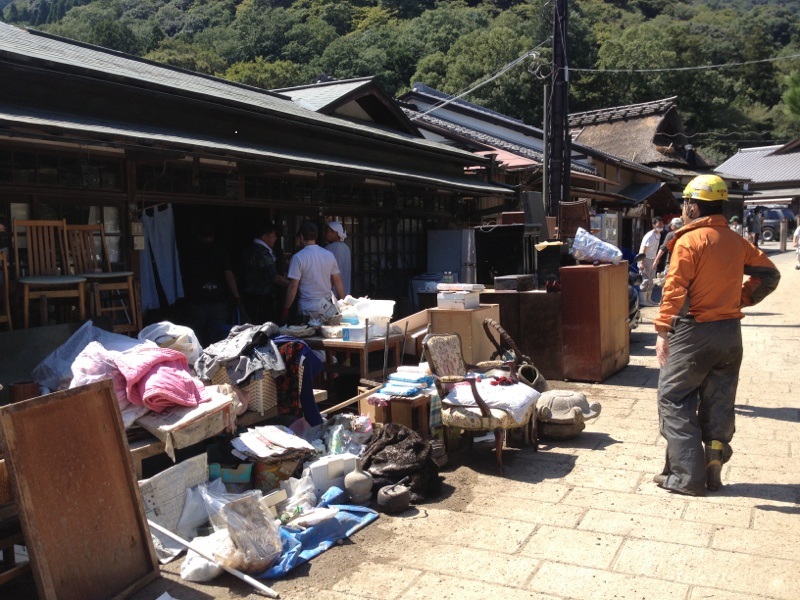 Here’s a 360 shot of a flood soaked tatami mat being carried out of the building. They are incredibly heavy. Click on the picture for a fully immersive view. 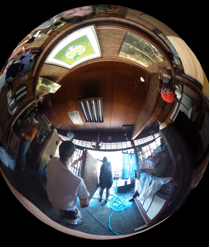 Officials bring a film crew to visit flood damaged houses. I believe Joel and I appeared on the evening news for all of 3 seconds, though I didn’t see it myself. Click on the image for a full view. 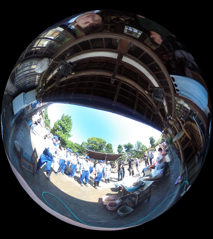 The team. One of the good points of the Ricoh Theta is you can take a group shot and include yourself, simply by standing in a circle. 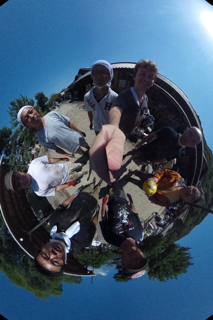 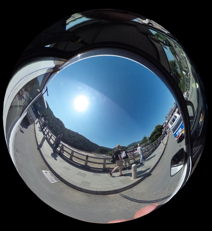 That was just one morning’s work: a good work-out and much more fun than what I usually do for a living! There is still more to be done though, in Arashiyama and also other affected areas such as Kameoka and Fukuchiyama (which was completely inudated). If you have the time and would like to help, check out the IDRO Japan page on Facebook or contact them directly at idrojapan[at]gmail.com.