Walking up the Kamo river one day, we saw a lively jazz band playing under the Sanjo bridge that were so good we decided cross over and have a look. 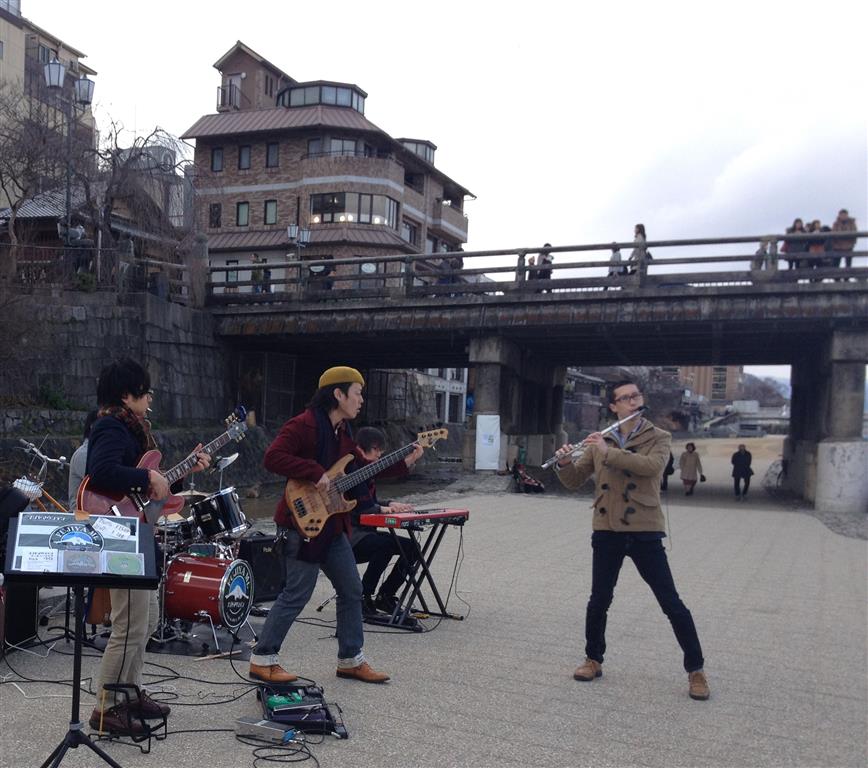 They were young, fun and funky, so we picked up a flyer for their next gig, which happened to be on the following day. The location 和音堂 (WA・ON・DO) was convenient and the price was only 1000 (+ another 500 for a drink) and let’s face it, you can’t see many jazz bands at that price. So we decided to go. 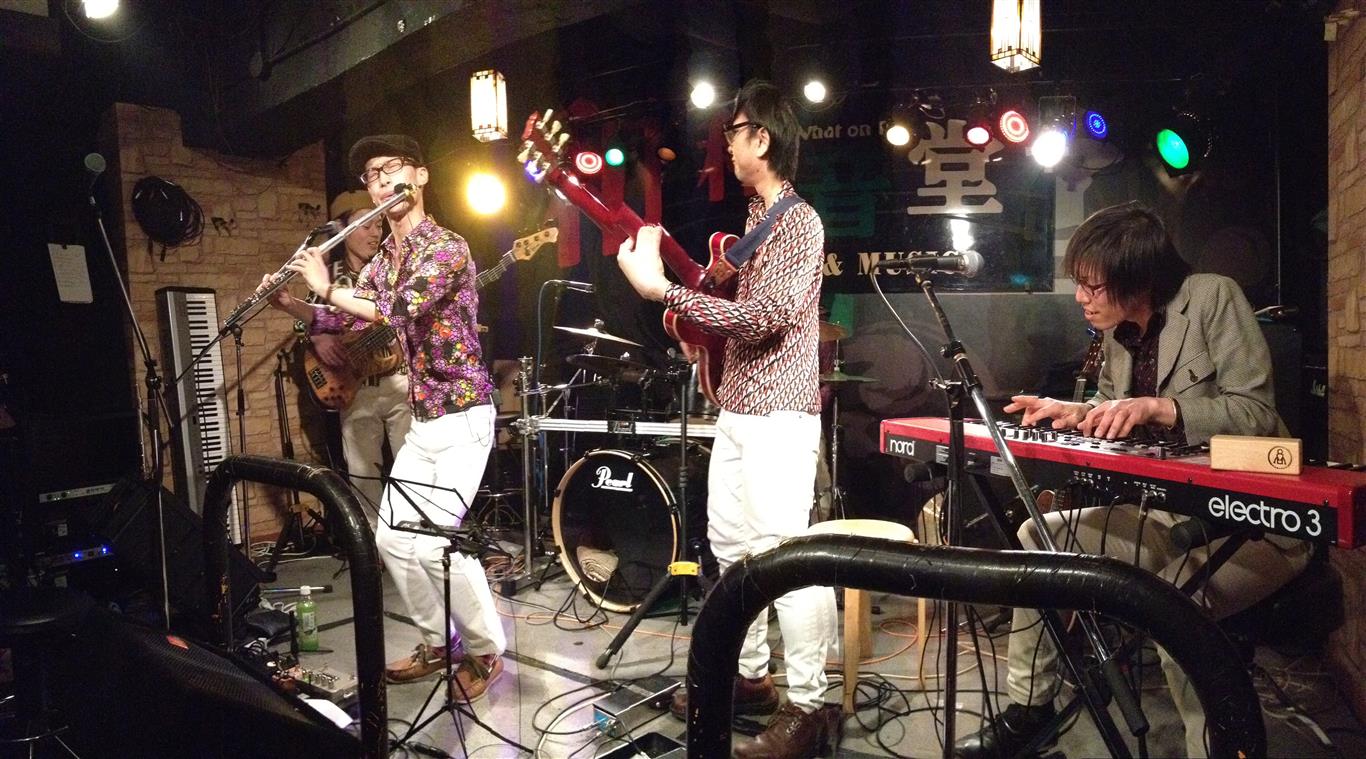 和音堂 is pretty cramped inside so it was hard to get a full band picture, but Mewby took the panorama shot above with her i-phone. If it looks a little weird that’s because they were jigging about to the music. It was good music! Here try some!

They also had a support band, Cocopelie, playing Irish music. I didn’t recognize them at first but I have seen some of these musicians playing at Irish pub Gnome in the past…

For one song Tomoko Sato from Cocopelie and Fujiya Mountain played together:

A great night! This band are a lot of fun and jazz at that price is such great value. We felt like we had made a wonderful new musical discovery! Fujiya Mountain play a regular monthly show at 和音堂 and next month they are playing with the support of “jazz-metal-comic-band” Dead Hot Chilli Peppers. We are definitely going to see them.

Here are the details: 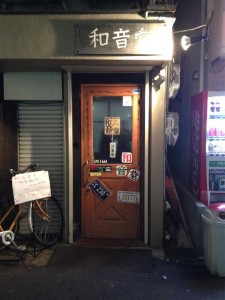 I will leave you with the band’s joyful rendition of “Stand By Me”. 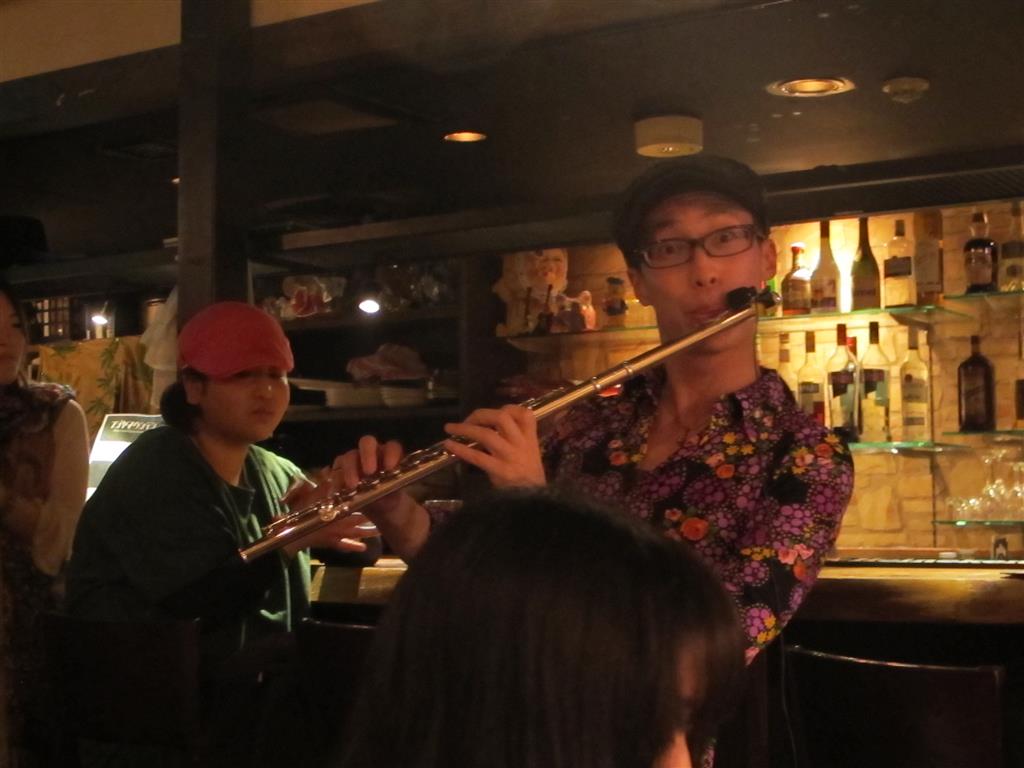