Simply said, we just want to increase the chances of listening to good poets
and poetry, mainly in English, here in Japan.

It’s an old tip but a good one: to really enjoy a poem, it should be read aloud. And nothing brings poetry to life more than hearing it read by the original poet. On Monday night I attended an event with acclaimed American poet, translator and anthologist Jerome Rothenberg. Magical stuff. For an hour and half he regaled the room with his verse and then genially answered questions from the audience.

Living in Japan, it’s not often I have a chance to attend an English language event of this kind. And there’s no doubt that in the world of letters Jerome Rothenberg is kind of a big cheese. And yet I get to see him read his poetry and ask him questions (if I’m brave enough – which I wasn’t) for a mere 1000 yen? Impressed I decided to find out more about the Japan International Poetry Society and wrote to the organizers. Poet and founder member Jane Joritz-Nakagawa wrote back:

Japan International Poetry Society was started by four of us: me, Keiji Minato, Yoko Danno and Goro Takano (Yoko and Keiji live in Kansai, me in Aichi and Goro in southern Japan). Our mission is to get together to have a good time listening to and talking about poetry as well as introduce poets and poetry to the international community here in Japan. We planned 7 events for 2010 and have many ideas and possible speakers already lined up for 2011. Although this year’s events follow a reading and discussion format so far and feature mostly visiting poets and translators, we may be offering in the future such events as workshops, renshi, etc. by local (and other visiting) Japanese and non-Japanese poets. Keiji is also organizing online renshi on the JIPS blog…

A few years ago I founded a conference called The Japan Writers Conference which now continues under different leadership (I’m no longer an organizer of that). It seemed to me that a group devoted only to poetry would be useful. Most poetry events tend to happen in Tokyo but we felt we could probably succeed in Kyoto. The Rothenberg reading is only our 2nd event open to the public. We think the group has potential and hope more people find out about us and join us.

The next meeting is also an evening one. From May forwards the meetings are afternoon slots and I hope that timing may permit more conversation —

Our group has no member fees or registration procedure currently. The money we collect at the door goes for expenses only (like renting the room or equipment for it); if there is money left over we wish to offer at least a modest honorarium to guest speakers (when we can).

Here are some details about the next JIPS event: 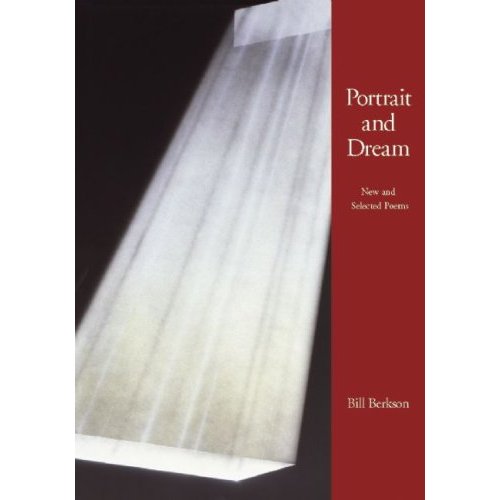 On Sunday April 11th, Bill Berkson, visiting poet, art critic and curator from the USA, will read from a selection of 50 years of his poetry entitled Portrait and Dream

. He will also talk and answer questions about his work as a poet including how it connects with his years as a professor and writer on visual art. You can read some of his poetry at these sites Milk magazine, Jacket magazine, Bigbridge.org, and Shampoopoetry.com. You can listen to his poems here.

Time: 6:00 to 9:00 PM
Location: Heartpia Kyoto AV room
Admission price: 1000 yen
Directions: Heartpia Kyoto is at Marutamachi Station on Subway Karasuma Line. From Kyoto station the train will take approximately 7 minutes (4 stops). Just go out from Exit #5 of Marutamachi station, and you will be standing just below the building of Heartpia Kyoto. Here is a map.

About the JIPS founders: 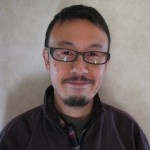 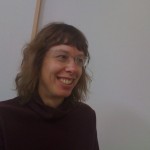 Originally from Illinois,  Jane Joritz-Nakagawa has lived in Japan since 1989. Now she is Associate Professor at Aichi University of Education, where she teaches gender, pedagogy, British and American poetry, and EFL. In addition to five volumes of poetry, she has published numerous essays and interviews and other works in journals and anthologies in the U.S., U.K., Australia, Canada and Japan. Jane Joritz-Nakagawa’s fourth poetry collection, The Meditations, has been published by Otoliths. Her fifth book of poems, incidental music (published by BlazeVOX, 2010) will be on sale at Amazon

and SPD in April, 2010. About it Juliana Spahr wrote, “incidental music is attentive to the deep formal traditions of poetry in the western tradition: the sonnet, the pantoum, the cinquain, the rondeau, the triolet, the ghazal. And yet, as Jane Joritz-Nakagawa well knows, these traditions get their strength in how they intertwine with the contemporary. Incidental music is both innovative and inclusive of all that poetry can do.” 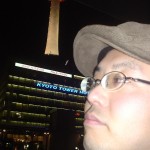 Keiji Minato was born in the south of Osaka Prefecture, Japan in 1973 and has been living in Kyoto for more than fifteen years. He studies literature in English, mainly U.S. and Australian contemporary poetry. He writes haiku, senryu, and free verse and published a book of poetry, Garasu no me / Nuno no hifu

[Glass Eyes / Cloth Skin], in 2004. With two friends he runs an experimental poetry website, the Experimental Language Factory. You can read his poetry on his website here. 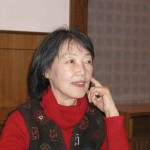 Yoko Danno was born, raised, and educated in Japan. She has been writing poetry solely in English for more than 40 years. Not only a poet, she is also a translator and the editor of the Ikuta Press, a small press in Kobe. She has published several volumes of poetry, including “Trilogy” (1970, 2004), “Hagoromo: A Celestial Robe” (1984, 2004),  and “Dusty Mirror” (1977) as well as several chapbooks. Her recent books of poems and translations are: “The Blue Door

” (Ahadada Books 2008). The last book is a retelling in modern English of Japan’s oldest chronicle. About it Donald Richie wrote: “The “Kojiki” is famously difficult to read. It is written in a language that is to modern Japanese something like Anglo-Saxon is to English. Any readable edition must modernize… Danno’s is the simplest and at the same time the most lyrical…  she tells it very well and this version of the “Kojiki” does indeed convey something that might approximate the original voice in all of its unsullied innocence.” Read my review here.

Related: Yoko Danno’s Songs and Stories of the Kojiki – A Review.