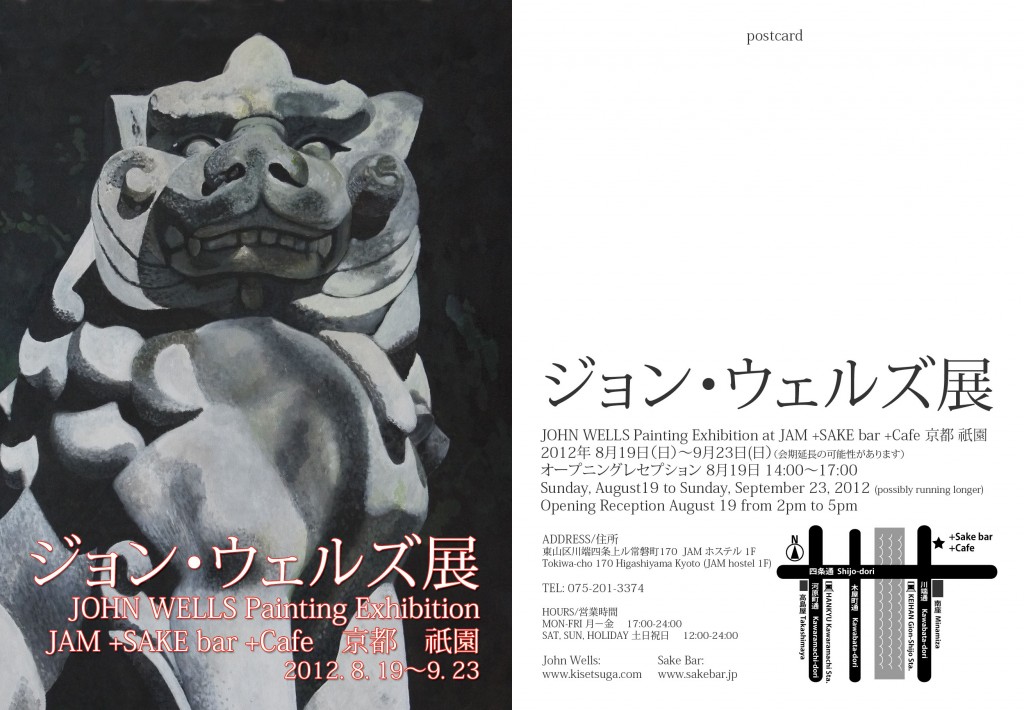 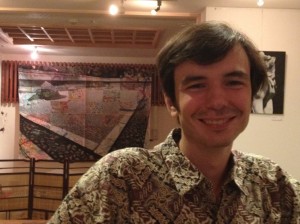 John Wells has an exhibition of his paintings and prints on at Jam Hostel Sake Bar which will continue until (at least) September 23rd. I took the opportunity to go down there last week, have a look, and also have a few quiet drinks with the man himself. Though I have met John on several occasions, this was the first time we had had the chance to sit down and have a proper chat. I must say, it was an absolute pleasure, as he’s a charming chap as well as being extremely talented. 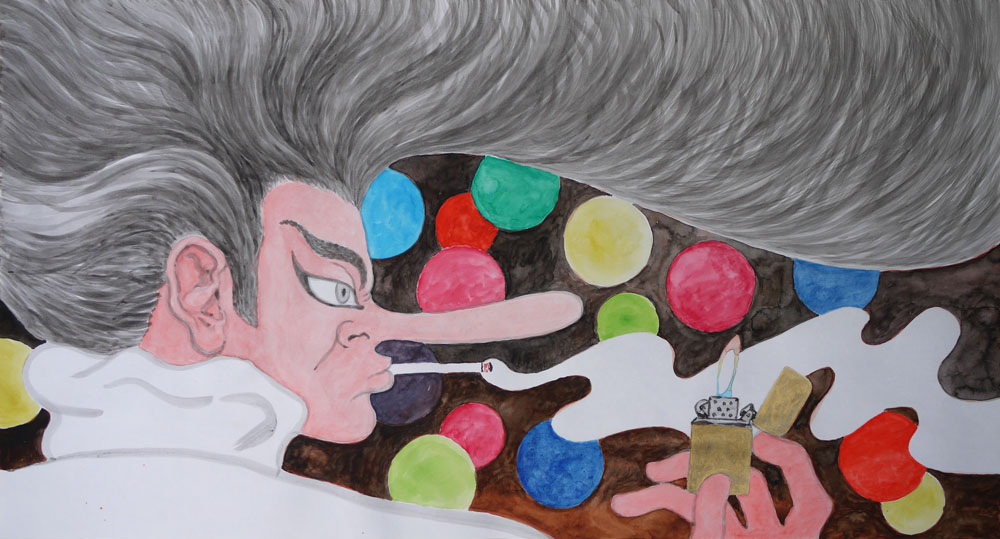 Originally, from North Hampton Ohio, John first came to Kyoto in 1993 on a study abroad exchange program with Seika University… and then somehow never left. Here he has cultivated the friendship of other older artists, such as Daniel Kelly, Sarah Brayer and Brian Williams and it is clear he looks upon them all as a big influence upon his work. As a mutual friend put it the other day, John is a true Renaissance Man, being adept in many different fields of art, photography, video production and web design. On this occasion he is exhibiting his art; paintings and prints, and I was very interested in how diverse these works are. If I didn’t know I would guess them to be the works of several different people, I told him, and John in turn ventured that perhaps he hasn’t settled into any one style yet. My favorite pieces though were the pictures of three famous characters from Japanese currency and the large chequerboard mosaic of the garden at Ryoanji with its alternating squares of painting and photography. I liked the bizarre combination of formal images with wild abstract energy.

The venue is a bar attached to a hostel. With a light and breezy atmosphere, the drinks are super cheap and the snacks are super tasty. If you pop in for a mooch at John’s work you won’t regret it, and you never know, he might just be there himself. 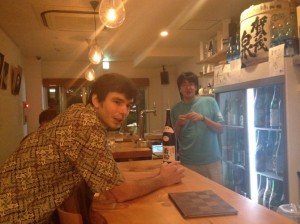 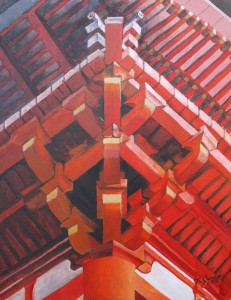 ACCESS:
Jam Hostel + Sake Bar is on the east side of Kawabata a short walk north of Shijo. About five-minutes walk from Exit 1 of Hankyu Kawaramachi Station and in front of Exit.9 of Keihan Gion-Shijo Station. Here is a map.