John Einarsen of Kyoto Journal was good enough to send me some information about the up-coming Silk Roads issue. There’s obviously a lot of good stuff in there and I can’t wait to get my hands on a copy! Here are a few tasty tidbits to whet your appetite. I’ll be posting more in the run-up to publication! 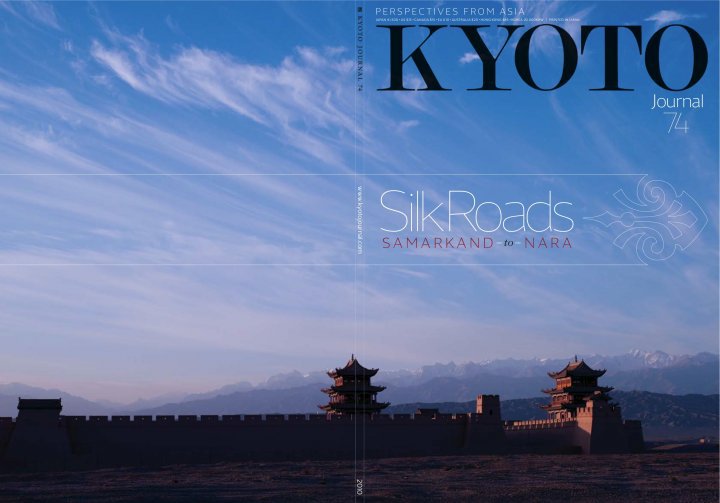 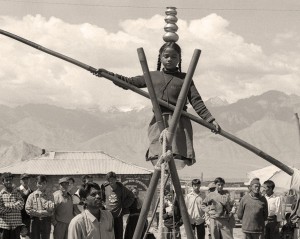 For his purpose, he took thought of the
Spirits of Heaven and Earth,
That he might suitably determine the place
that was to be the Heavenly City.

The poet Pan Ku praised Emperor Han Gaozu, founder of the Han dynasty (206 BCE – 220 CE), for his choice of a site for his glorious capital, Chang’an, suggesting that a city created in harmony with universal energies would become a force in its own right. Although the Han capital would eventually fall into ruin, five hundred years later Pan Ku’s forecast was spectacularly fulfilled…

Of Bonds, ‘the Word’ and Trade ― Traders on the Silk Road, by Jeff Fuchs 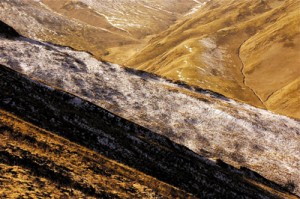 “There are no straight lines through the mountains.” This ‘truth’ rumbles out of Lobsang’s mouth, a mouth that seems as unyielding and direct as the words that pass through it. I have heard these words before from ancient traders who still remember a time when mule and camel caravans, wound their way to and from the great market towns of Asia and the Middle East. The words are a testament to the astonishing geographies involved and gives an inkling of the character necessary to pass unscathed along the ancient trade routes…

In the Fall of 1992 Finn Wilcox and I set out on the Silk Road from its eastern terminus in Sian/Xian. Four weeks later, we were sitting in the lobby of the Chini Bagh Hotel in Kashgar. We had traveled as far west in China as we could go and were waiting for word on how to proceed to our final destination, which was Islamabad. The Karakoram Highway was the only road there, and it had been closed by landslides more than a month. And there were no flights…

Along the Silk Road Today ― Pico Iyer in Ladakh

To get to the Desert Rain coffee-house in central Leh, you have to walk off the crowded main street that leads to the mosque and slither through a passageway to a parallel back lane, barely paved, too narrow for more than three people to pass at a time, in the process forever of being completed, so it seems, with the ruins of Leh Palace above it on a hill. You enter through an opening in the back of the building and then, in the classic Himalayan fashion, ascend a steep flight of stairs to a small second-floor space overlooking Bazaar Road. You step into it, slipping off your shoes, and enter a seeming miracle of sunlight and calm, with little tables set here and there where you can drink cappucino and browse among the books all around you… 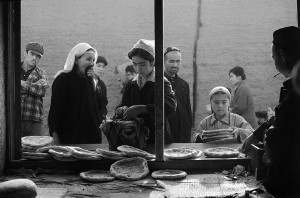 At few years back the Byron Bay Writers Festival I was invited to speak on a travel panel called “Evocative Images from Around the World.” We were asked to describe how we translated exotic images into stories, and what this meant for both the writer and the reader. Did something substantial occur, or was it just armchair travelling?

Observations from the Field: Space and Its Discontents in Kashgar ― Old Kashgar meets new China, by Isaac Blacksin

The old city spaces seem, at first, ubiquitously brown. It is a brow 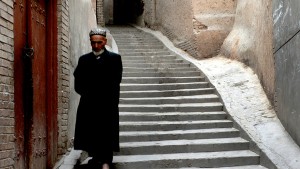 n that is flat and expansive and entrenched. But as one penetrates toward the center of old Kashgar, through the flatbread-oven smoke and the hordes of blue-uniformed schoolkids, twisting through alleyway meanderings, up a little shaded staircase and down beneath another snug archway, the apparent solidity of this ancient desert brown dissolves. Revealed are deep mahoganies and smooth umbers, reds upon rusts upon charcoal grays, the dusky sheen reflected in a cold ocean at night, the colors in the bottom of a well…

Over Samarkand ― turquoise towers and city ruins from viewed from a kite, the photographs of Nicolas Chorier…

And much, much more! Too much for one post in fact – so bookmark this page for more exclusive sneak previews of KJ #74!