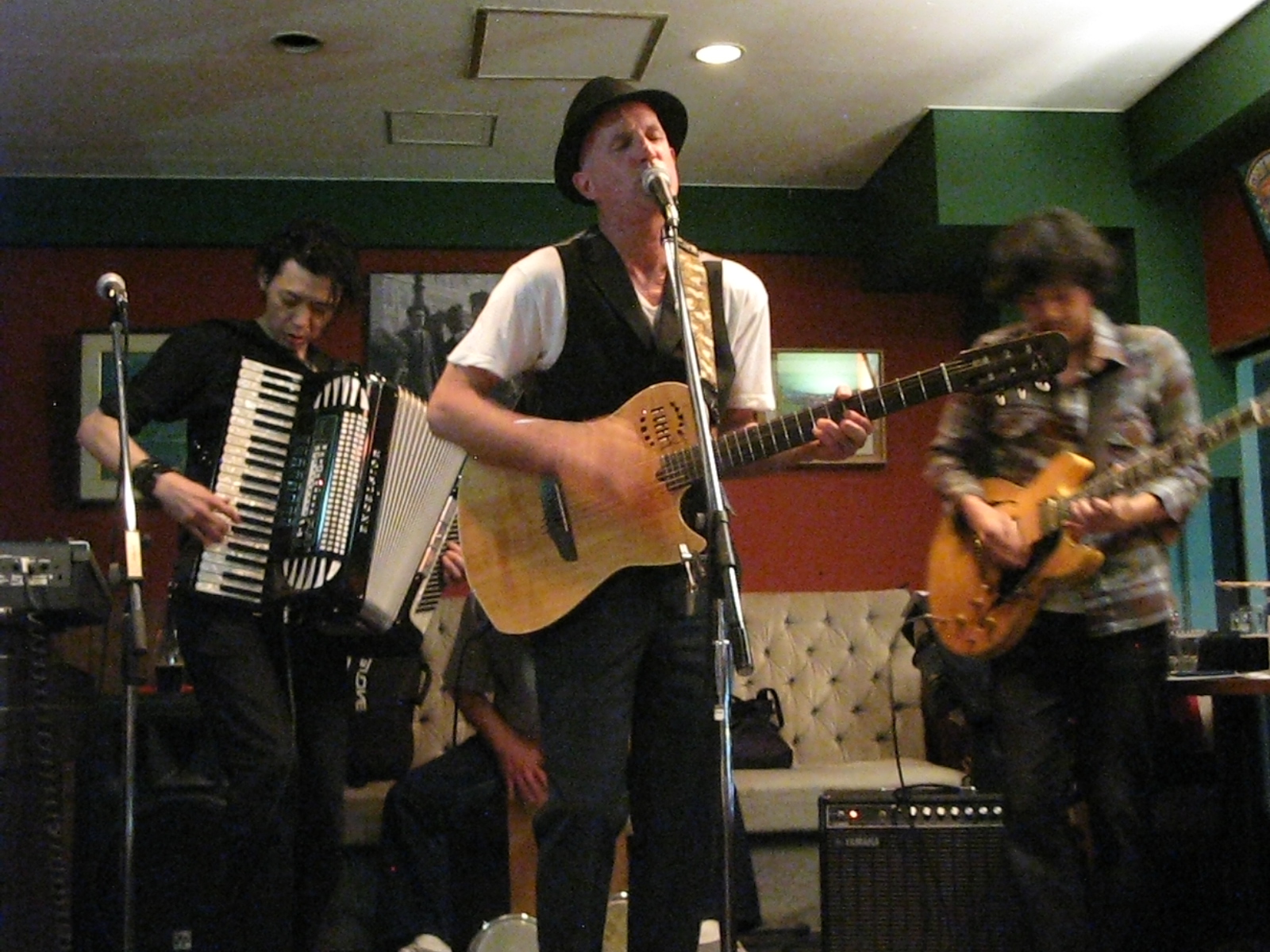 Here as promised are some video clips from Max Dodd’s show at Tadg’s the other week. Max will of course be performing a solo show as the “Human Jukebox” this coming Saturday at our Tohoku fundraiser up by Demachiyanagi. Other musicians performing are Felicity Greenland, Jen L. Teeter, Hiroyuki Tokuda, Ai (from Jet Pepper Tower and Chi to Bara) and there is a possibility that Choro Canário may also put in a flying guerrilla style performance too!

Now back to the music! Scroll down to the end to see Robert Yellin’s guest spot!

Bullet in a Bathtub ~

The Weight ~ another tribute to Levon Helm, but this time with guest singer Robert Yellin. Unfortunately due to problems with my memory stick I managed to lose both the beginning and end of this, which is a shame. There is still however, a fair bit of glory in between. Enjoy!