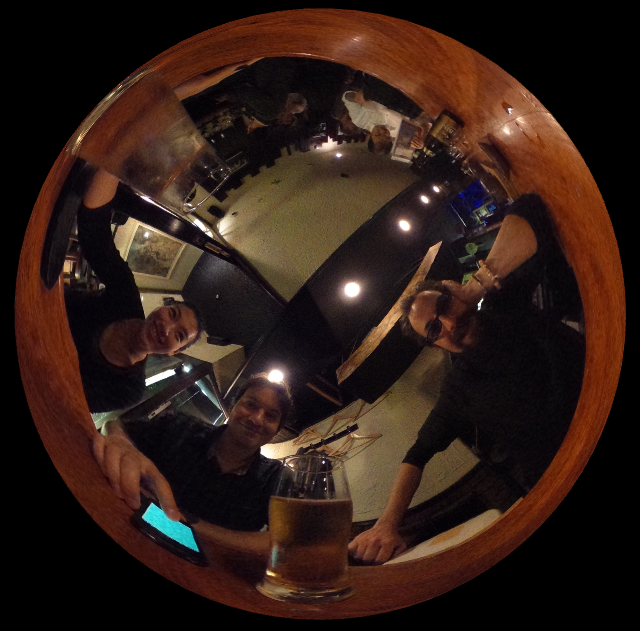 Bar F.S.N., more commonly known as “Philippe’s Bar”, was originally opened by my good friend Philippe Goulier, a few short years ago at a small location north of Shijo. It was a cosy little place and rapidly become popular with both Japanese and foreign patrons… But Philippe regularly had to turn people away because he simply didn’t have the space. Some months ago he upped sticks to a new location just south of Shijo. It still features Philippe’s inimitable charm, his own artwork, interior woodwork and design, but it’s a lot more spacious.

Here you can see the bar at opening time. 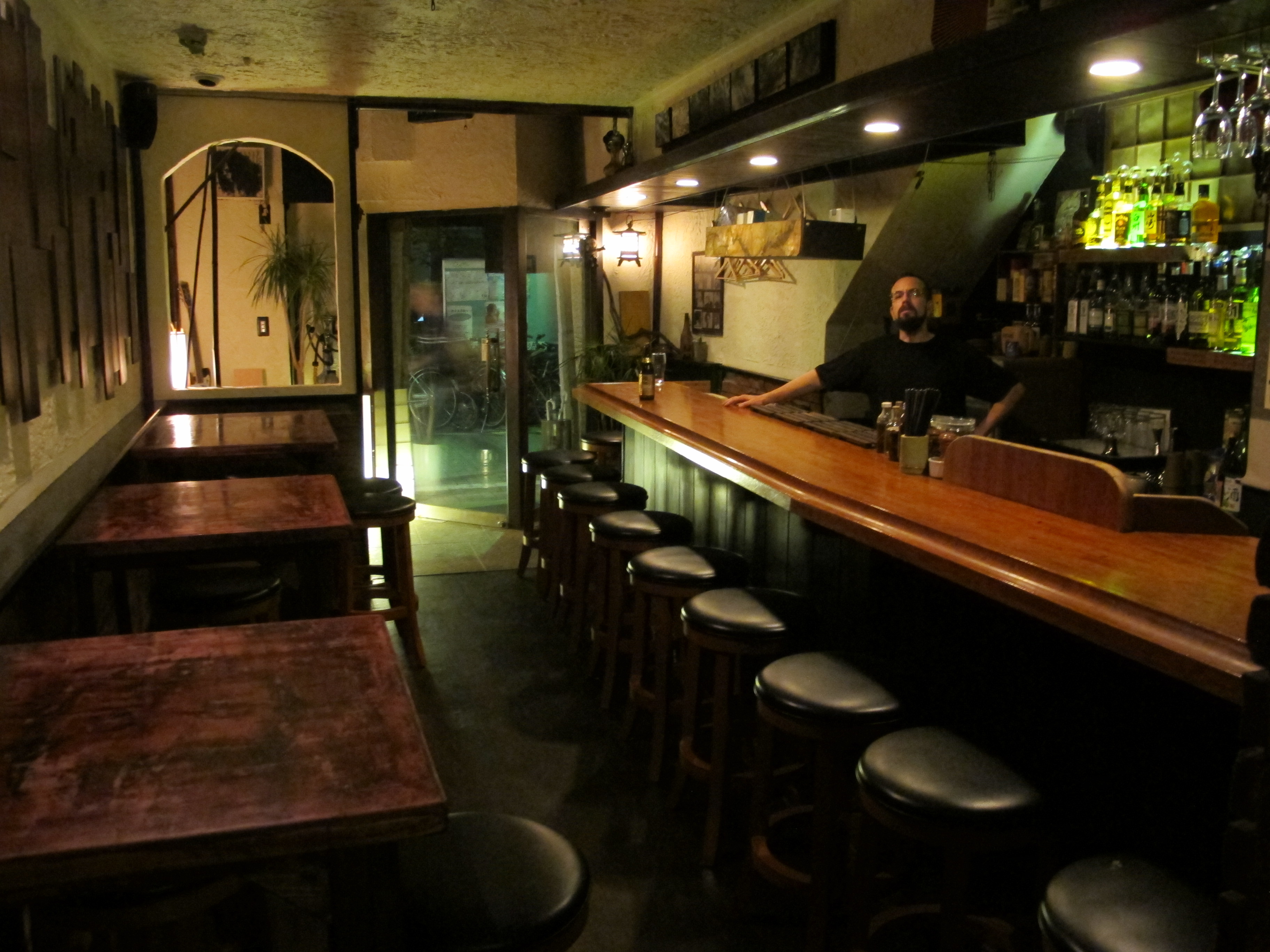 And here it is when it is busy. 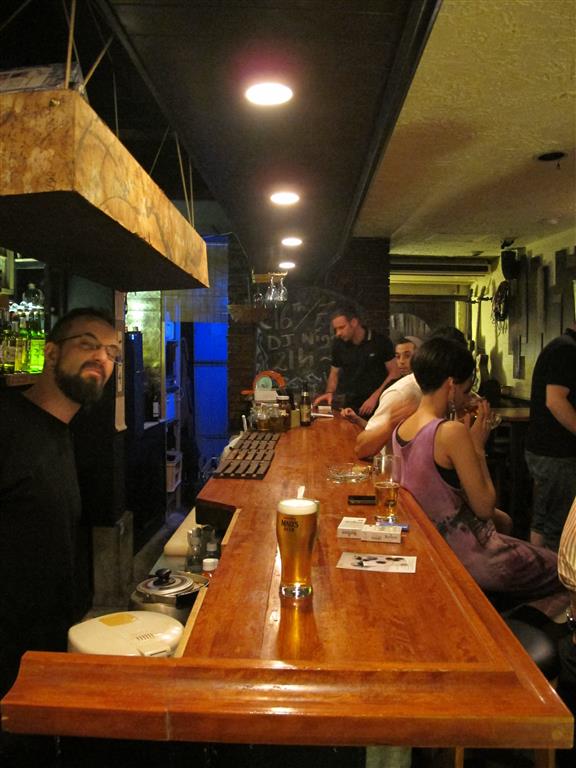 Philippe loves music: “Mostly underground, or independant, not that famous; reggae, ska, punk, sometimes jazz, sometimes hip-hop but mainly rock and French music… It depends on the customers and the time. At 6 o’clock, if I have a 60 years old customer, I will not play Metallica! If it’s quiet, then something slow. If people look like they are ready to dance, then something groovy.” 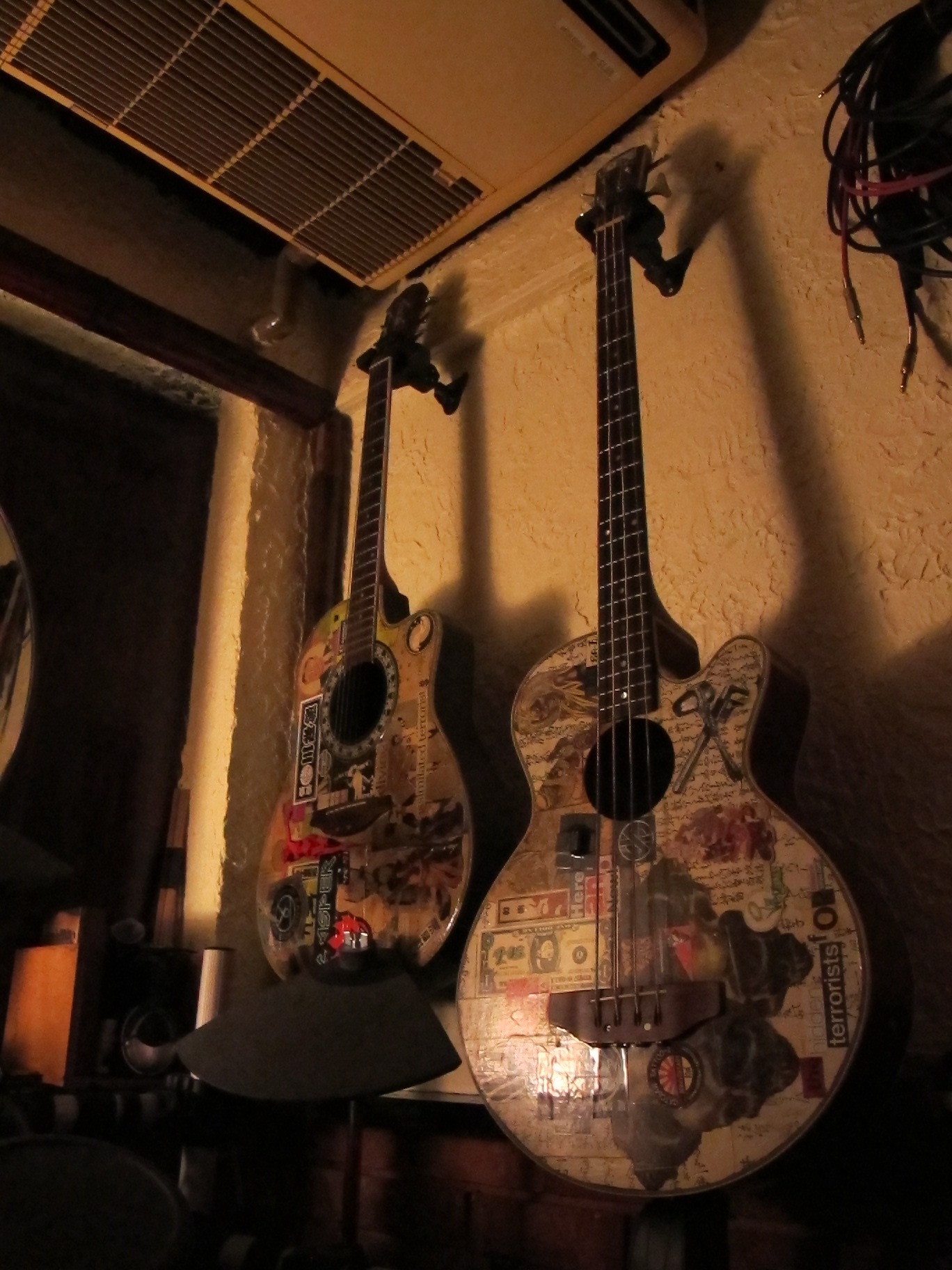 At the bar, draft beer is 600 yen, wine by the glass starts at 600 yen, and bottles of wine are from 2500 yen. But Philippe is also a great cook and will prepare something for you, if you’re hungry, from the ingredients to hand. There’s no menu, so just tell him how much you want to pay, (a minimum of 500 yen) and he will prepare something accordingly. Philippe hails from Burgundy in France, so I suppose there is a French influence to his cuisine, but it’s mostly original: salads, curries, pates, soups, omlettes etc. And everything is largely vegan or vegetarian, except for the cheese. 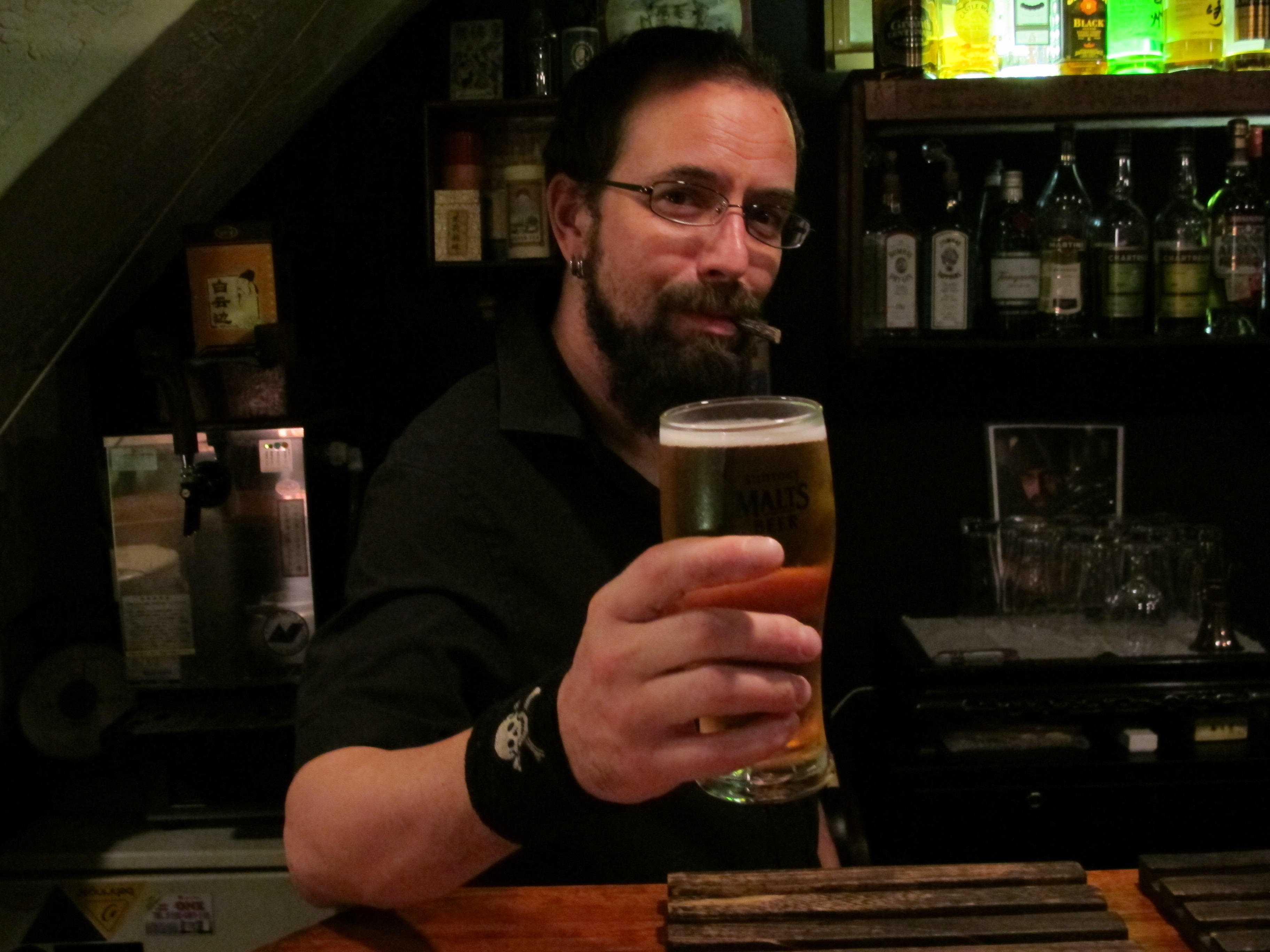 Philippe just happens to be my oldest friend in Kyoto. 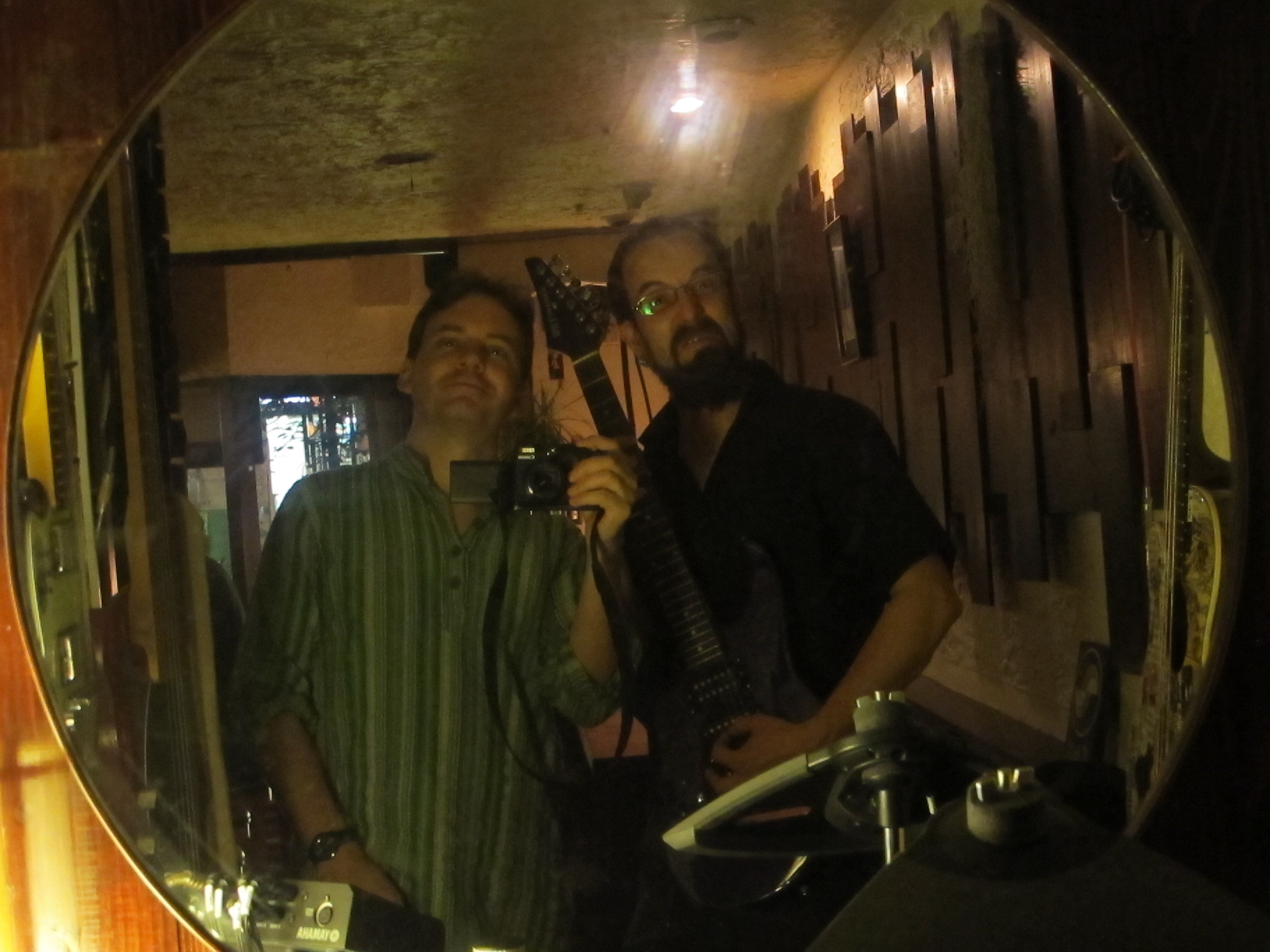 But I’m sure many would agree he’s an all-round top chap. I’m very happy to recommend Philippe’s Bar F.S.N. Why not pop in one day? He’ll be sure to give you a very friendly welcome. 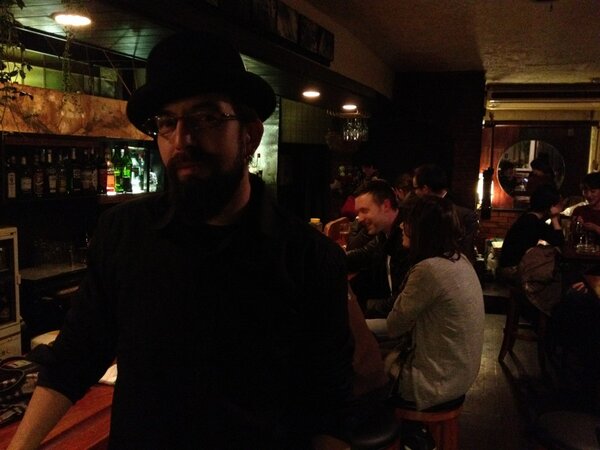 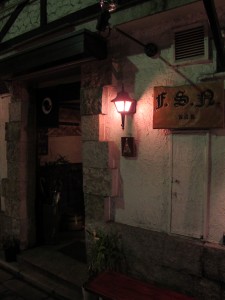 Philippe’s bar is 30m south of Shijo on the west side of Nishi-Kiyamachi next to Francois Café. Nishi-Kiyamachi is the narrow road that runs parallel to and in-between Kiyamachi proper and Kawaramachi. Here is a map.