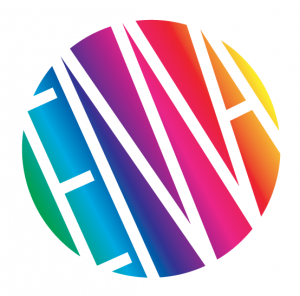 Last week the good people at Japan Today were kind enough to publish a profile piece I wrote on the Equal Marriage Alliance of Japan (EMA Japan for short). Founded in February of this year, EMA Japan is the only NPO advocating solely for legal same-sex marriages in Japan. Unfortunately, same-sex marriage is still illegal in Japan, so EMA are running a petition that aims to put pressure on politicians of all parties to support a change in the law.

I would urge you to sign that petition: LINK.

My article was the result of a lengthy interview with EMA’s President Kazu Terada, and Vice President Jeffrey Trambley. In the finished piece I tried to emphasize how denying a minority of people their spousal rights impacts negatively both practically and profoundly both on individual lives and on society at large. Here is a clip :

…the spousal rights denied to same-sex couples are many. To name but a few, same-sex couples cannot benefit from the tax deductions and inheritance rights that are due to married couples. They cannot apply for joint housing loans. In a medical emergency, a same-sex partner cannot make decisions on behalf of their loved one, and perhaps most upsetting of all, in the event of death, a same-sex partner has no legal entitlement to attend the funeral.

But beyond these legal rights and benefits, Terada believes that marriage equality would bring social validation to the whole LGBT community. “The social meaning of the right to marry could be the most important benefit. When legal discrimination ended in Denmark, society became much more open. There were fewer instances of bullying in schools because the new law sent a message of tolerance and acceptance. Parents of those with homosexual children didn’t have to worry about their future. They could be confident that their children would be treated fairly before society and the law.”

Trambley adds, “I think of closeted people working in Japanese companies and those that cannot come out to their families. It’s hard for them that they can’t be themselves. Even if a person doesn’t want to get married, to have an easier time being yourself in society, this is a major benefit of marriage equality.”

My interview with Kazu and Jeffrey covered a lot of ground, but of course I was not able to include everything within the parameters of the Japan Today article. On a blog though, you can do what you like. So here is part of our original conversation, where we discuss how the lack of overt discrimination in Japan, paradoxically leads to a lack of action on LGBT rights…

DK: How much of the opposition to same sex marriage is tied in with traditional ideas about marriage and family?

DK: Do you think a lack of outright discrimination against the LGBT community, has also led to a lack of awareness about the legal issues facing same sex couples?

KAZU: Yes, absolutely. And this is why European countries were able to achieve same sex marriage earlier. Because of outright discrimination, like Stonewall in New York in the 1969 and other cases of discrimination in Denmark in 1973, the LGBT communities were moved to action.

JEFFREY: So without a galvanizing event, it is a challenge to get people to think about the issue seriously and educate, not only the LGBT community, but society at large, that inequalities exist.

DK: Much of the Japanese media seems to treat gay identity as a source of amusement. Do you think this has helped to create an atmosphere of indifference? How should this change and what role should the media play in the future?

JEFFREY: The popularity of such celebrities such as Matsuko Deluxe shows that the media generally accepts sexual minorities only in a humorous way. Unfortunately, the existence of such celebrities and talento can lead some to assume that all gay men like to dress up as women, whereas this is a very small minority. The media does not highlight the more mainstream gay or lesbian members. Rather than indifference, the media has created a mistaken image of the LGBT community.

KAZU: First, the media itself should take up more mainstream gay and lesbian people in their stories – present a more balanced image of LGBT members of society, not just the comic portrayals. If you look at the dramas in the US and UK these days, there is more diversity in casts, often including gay, lesbians and transgender roles, portrayed in a realistic way.

JEFFREY: Yes, the diversity in American dramas and sitcoms has grown tremendously in recent years. A recent Amazon TV drama called Transparent, features the story of a transgender man in his 50s how he came out to his adult children and wife. This kind of story at present does not exist in the Japanese media portfolio. In America, the buzzword of diversity is everywhere, especially in the major networks. Americans want to see TV that reflects the society in which they live. In Japan, LGBT members exist in society, but they are as of yet not represented on the TV we watch here, other than these caricatures that are presently shown.

DK: How much popular and political support is there for marriage equality?

KAZU: We have been pleasantly surprised to find many politicians quite supportive of equal marriage. In fact, EMA has met with several prominent politicians in both the ruling and opposition parties and progress is being made towards bringing the issue forward in the Diet. The opposition parties, especially the liberal-leaning DPJ (Democratic Party of Japan), are beginning to see that in order to get back into power, supporting a platform of diversity including marriage equality, could be vital to facilitating their return to power.

JEFFREY: With the Tokyo Olympics and Paralympics in 2020, Japan should strive to be a leader in human rights in Asia. We see the marriage equality issue as a human rights one. The Olympics and Paralympics are a huge opportunity for Japan to create a legacy of openness and acceptance. Especially after the negative press Russian received when its anti-gay laws were put into force, Japan should see the 2020 games as a chance to show the world the true meaning of omotenashi.

I believe that in a fair and just society people should be allowed to live with and legally marry whoever they love, regardless of their gender. Denying people the legal right to marry is a form of discrimination, and an insidious one that has far-reaching effects on our society and in some ways harms us all.  Please add your voice to the EMA Japan petition here: http://emajapan.org/donate/advocate

You can also find EMA Japan at the following links. Sign up, spread the word and don’t be indifferent.
http://emajapan.org/
https://www.facebook.com/NPOEMAJAPAN
https://twitter.com/emajapan2013