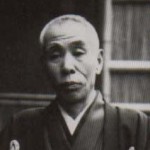 Takeuchi Seihō (竹内 栖鳳 – his real name was Takeuchi Tsunekichi) lived from December 20, 1864 – August 23, 1942. He was an early master of nihonga art, and prior to World War II led a notable circle of painters in Kyoto. His former residence in Higashiyama still stands as The Sodoh – now a restaurant and event space.

Some affiliate links are included in this article. To order art prints of the paintings below simply click on the images.

During Takeuchi’s early youth his father said to him, “You are the only boy in the family. So you must succeed me in my business.” The boy replied, “Yes, father. But I would really like to be a painter.” An age-old dilemma in traditional societies, children had very little choice in deciding their career, even if they dreamed passionately of doing something very different. However, Takeuchi was fortunate enough to have an older sister who loved him dearly and who was willing to take his place in the family business. Lucky for the boy, his father agreed. Immediately, Takeuchi started to study Japanese painting earnestly. Only 13 years old at the time, he set out to learn what he could from an established artist in his neighborhood. At the age of 17, he became a disciple of Kōno Bairei, a leading Japanese-style painter of the late Edo period.

On Takeuchi’s first day, Bairei gave him model paintings of a pine, bamboo and plum. However, 3 days later Bairei stopped asking him to paint from the models and gave the boy a new first name, Seihō, saying, “Paint the way you feel.” The name Seihō means “phoenix”, an exceptional name for a young, new pupil. But already in the first days, Bairei had seen promising talent in the boy. Takeuchi’s painting skills improved rapidly under Bairei’s direction as the boy concentrated on sketching and studying traditional paintings.

In 1900, when he was only 36 years old and already a leading person in Kyoto painting circles, one of his paintings was selected for display in the modern art section of the Japanese Pavilion at the International Exposition in Paris. This exhibit allowed him to make the long journey to Europe, where he came into direct contact with the European painting tradition. In a chance visit to the zoo in Antwerp in Belgium, he discovered a lion that he just had to sketch. He remained in Antwerp for an extra 3 weeks just to sketch the lion to satisfaction. Profoundly affected by his experiences in Europe, Takeuchi returned to Japan to become a leader of the modern movement in Japanese-style paintings, producing powerful, large-scale pieces year after year. His painting “Lion,” the result of his intense sketching at the zoo, was put on display at a major Japanese exhibition the year after he returned from Europe and won the Gold Prize.

While Takeuchi is largely known for his introduction of Western painting styles to Japan, he also inquired deeply into the fundamental elements of Japanese paintings. During the middle of the Taisho period (1912 – 1926), Takeuchi began to shift from large-scale paintings to smaller works which revealed his increasingly keen artistic sensitivity and maturity. In this new style, his paintings, which were quickly executed, impart an energy similar to the poetic compositions seen in haiku. His masterpiece, at the age of 45 — Oh, Rain — is a truly poetic work.

Seihō’s long career came to an end in 1942, but even today his brilliant paintings continue to attract and fascinate people. Many great Japanese painters studied under Takeuchi, such as Tsuchida Bakusen, Uemura Shōen. For his unique achievements, Takeuchi was awarded Japan’s first Order of Cultural Merit, in 1937.

Text by Ian Ropke. Ian Ropke is the author of the Historical Dictionary of Osaka and Kyoto, and director of Your Japan Private Tours. You can read his previous articles for Deep Kyoto here.