Undoubtedly the most colourful exhibition in Kyoto right now is the exhibition of Huichol yarn paintings at the Kampo Museum in Okazaki. 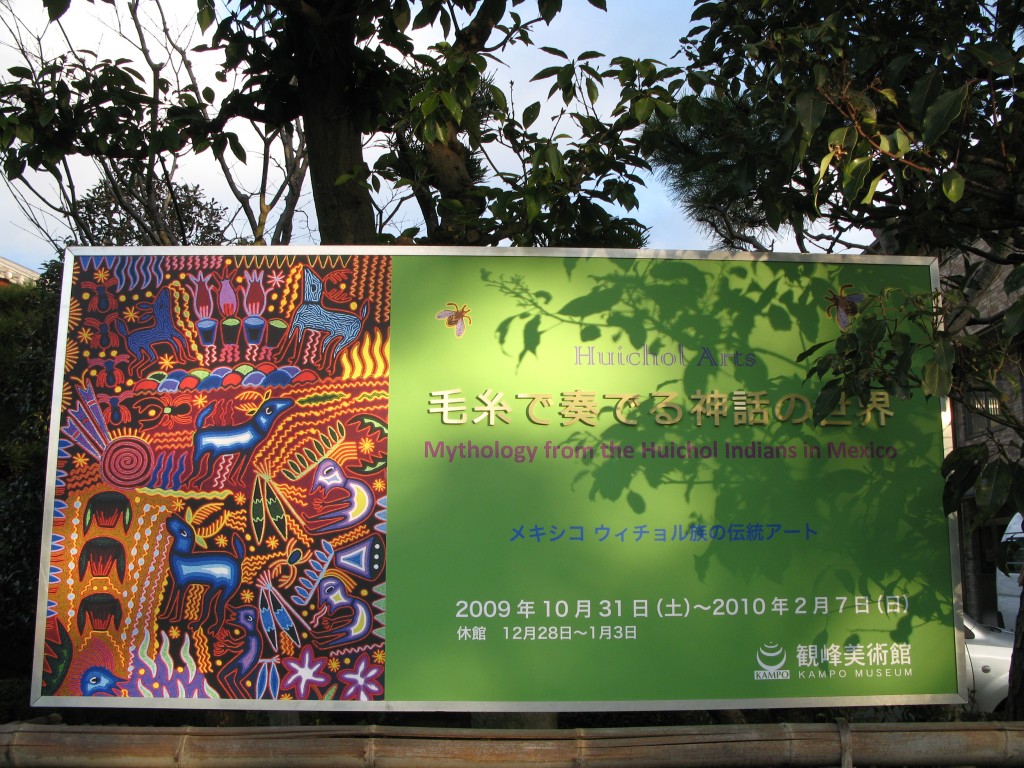 To celebrate the 400th anniversary of links between Mexico and Japan the Kampo museum is currently exhibiting the visionary art of the artist/shaman José Benitez Sanchez. I visited yesterday and was completely blown away by the gorgeous colours, the sense of joy and vitality, and the mystical energy that radiates from these images. I was given permission to take a photograph of just one picture so I chose this one. It made a deep impression on me.

In one ceremony in the temple, two mara’akate (shamans) sit on their traditional woven chairs, taking part in a ritual that allows them to see the true shape of the world. In their visions, three serpents appear, showing worlds  that the Huichol people have traversed: the sea, the mountains, and the dessert; the origin, the everyday, and the illumination.

Isn’t it beautiful? And seen up close, the threads used to make these “paintings” give the images a curious warmth. Each yarn painting is accompanied by texts in Spanish, Japanese and English which explain the fascinating mythological and spiritual meanings of each image. There’s also a fine book

of the exhibited works in the museum shop that you can take home with you. Amazingly they also have some original artwork by José Benitez Sanchez for sale too. This exhibition continues until February 7th. I would encourage you all to go and see these wonderful images while you can. Take a trip into the sacred geography of the Huichol shaman and see the world as he see it; “the true shape of the world – that which hides behind appearances”.

Now on the 24th of this month Professor Mara Alper, award winning media artist and documentary maker, will be giving a presentation at the Kampo Museum entitled “Visions of the Huichol”. In something of a sublime coup for Deep Kyoto she has offered to grant me an email interview before the event and I’m quite excited about it! She writes “I met Jose Benitiez Sanchez several times in his village of Zitacua outside Tepic (north of Puerto Vallarta, west of Guadalajara). Spent some time with his granddaughters while waiting for him and also the children of the village.  I interviewed him about forgiveness and the Huichol a few years ago and bought one of his yarn paintings then…” Sadly the artist passed away last summer but I believe Mara will be bringing along some footage of the time she spent with him. She has a short video about the Huichol on youtube here. Watch this space for the Mara Alper interview! 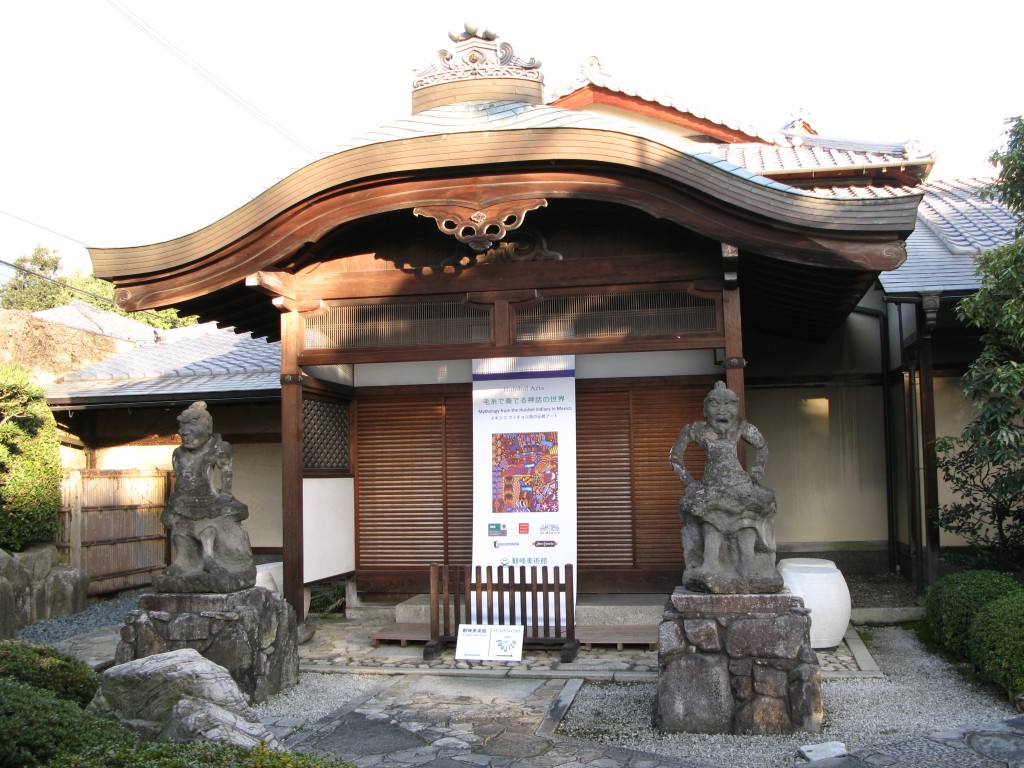 The Kampo museum sits on the intersection of Reisen and Okazaki streets due east of Heian Jingu. Here is a map. The museum is open everyday between 10 and 4 o’clock but the museum cafe stays open till later. It’s a nice spot for coffee and cake. 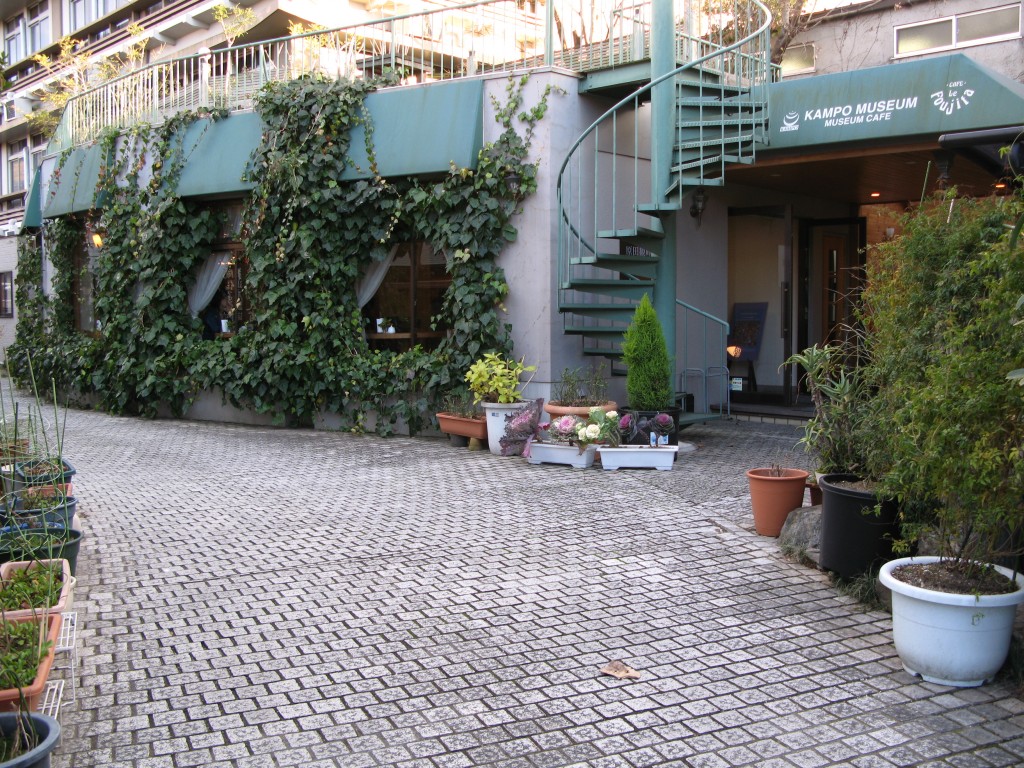 As for me, I enjoyed a nice (if a little pricey) fish supper. 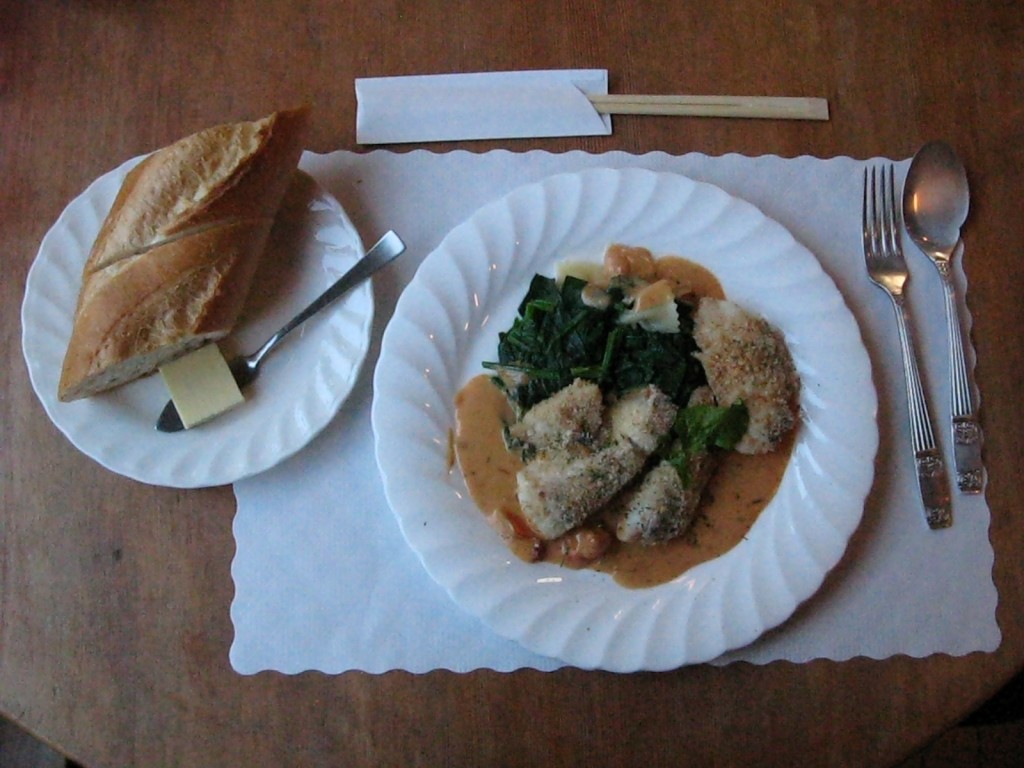 Cafe le Foujita (the museum Cafe) is open beween 11 and 6 o’clock everyday but Monday. I believe they have live music on the third Saturday of the month.

Find books on the Huichol at Amazon.com

. Books on the Huichol are also available from amazon.co.jp