Every year on the third Saturday in February a racing event is held at Kyoto Station’s Grand Staircase (or “Daikaidan”). Contestants take part in teams of 4 and attempt to cover the 30 meter 171 step climb with the best time. This event has been held since 1998, shortly after the station building was first opened, and has become a popular local event as well as Kyoto Station’s very own harbinger of spring. 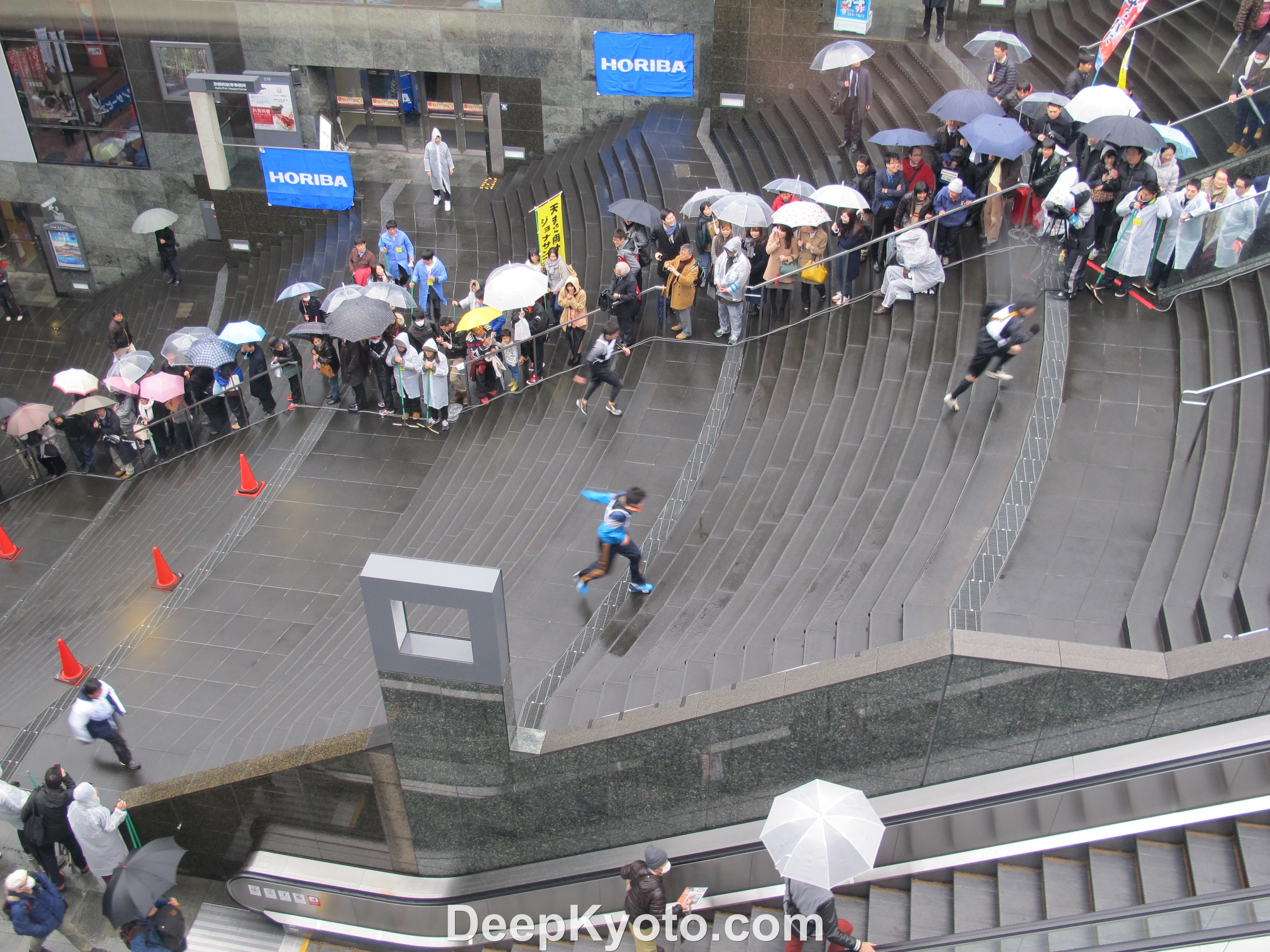 Last Saturday, Mewby and I went to see this event for the first time, and what a lot of fun it was to watch! It was pouring with rain throughout, so teams of cleaners were constantly sweeping water off the steps to help stop the contestants slipping. I’m not sure how many people participated this year, but I think at least 80 teams competed in this event. Running up 171 steps is no small feat and a lot of runners collapsed in a panting heap when they got to the top. 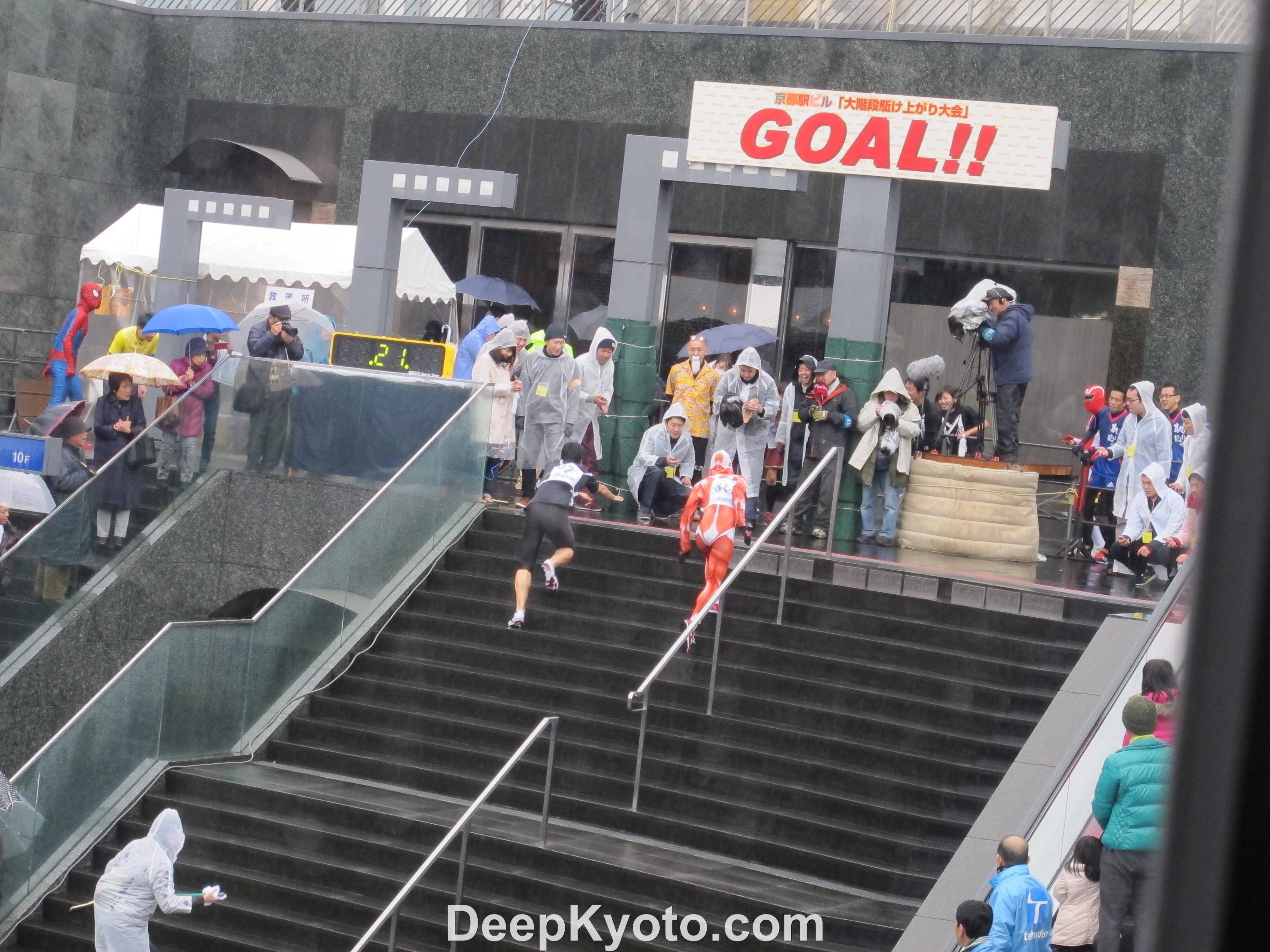 The best fun though, was watching the contestants who chose to race in costume. Here, for example, is a Heian era aristocrat: 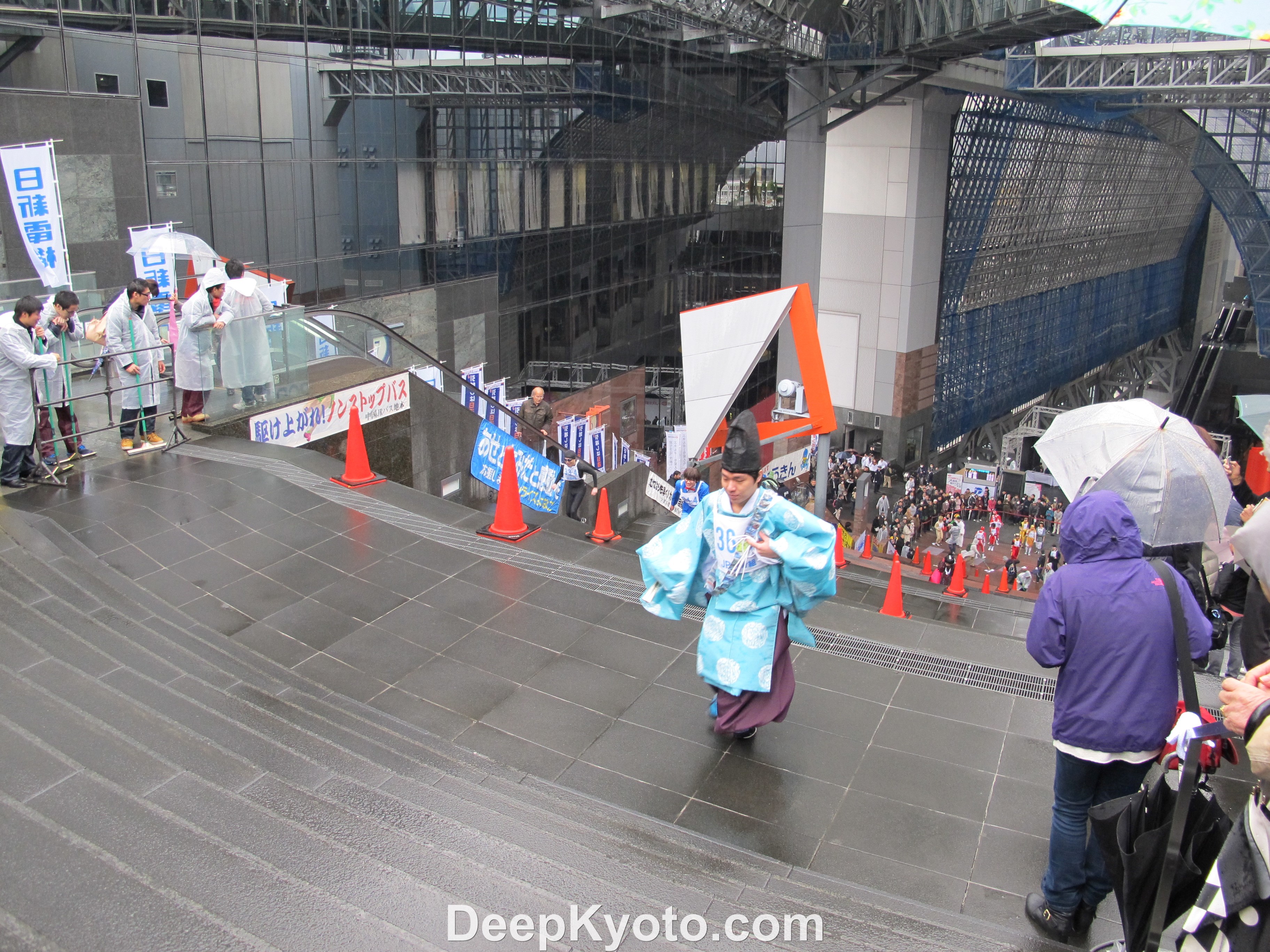 And here is a princess: 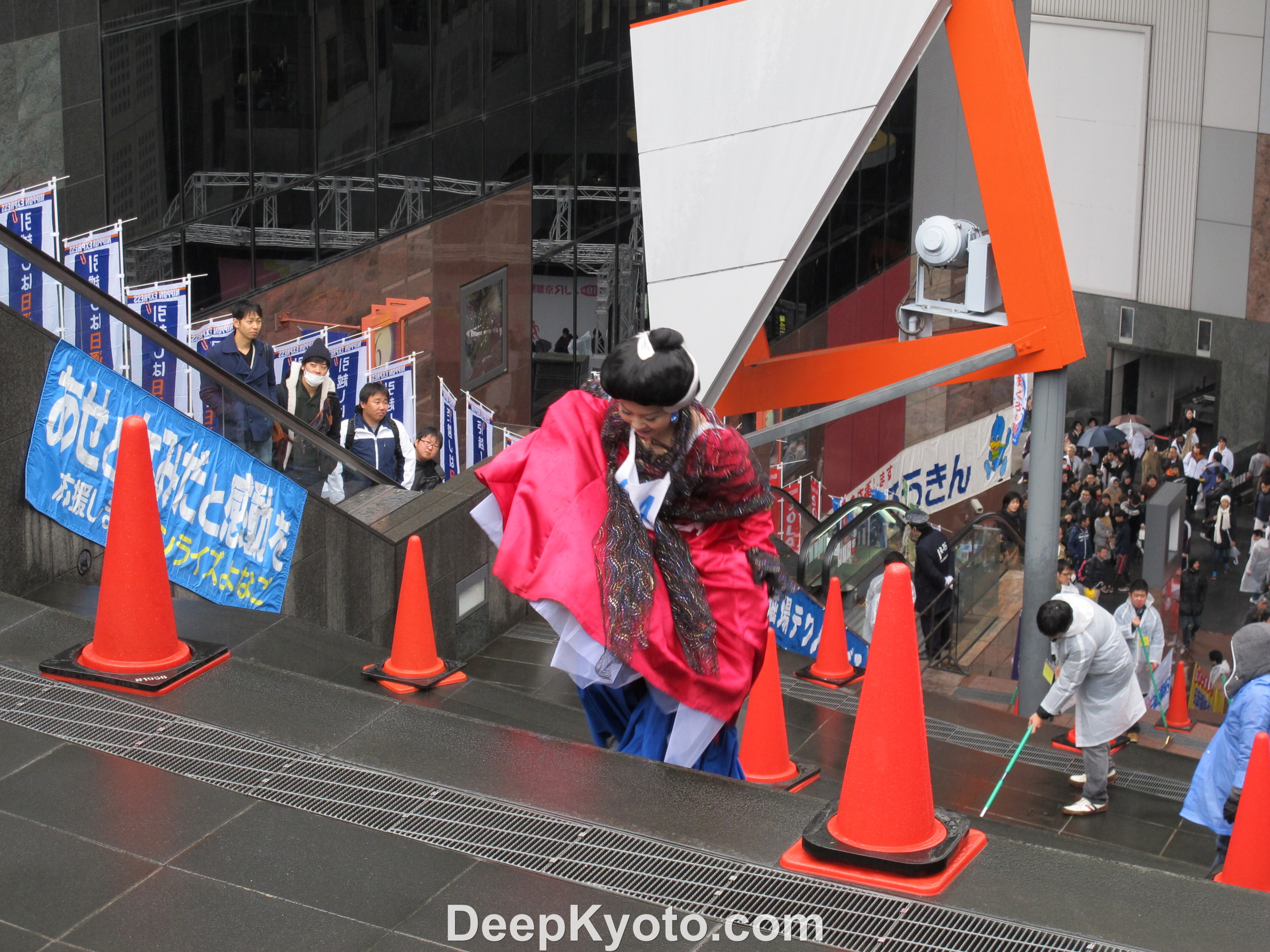 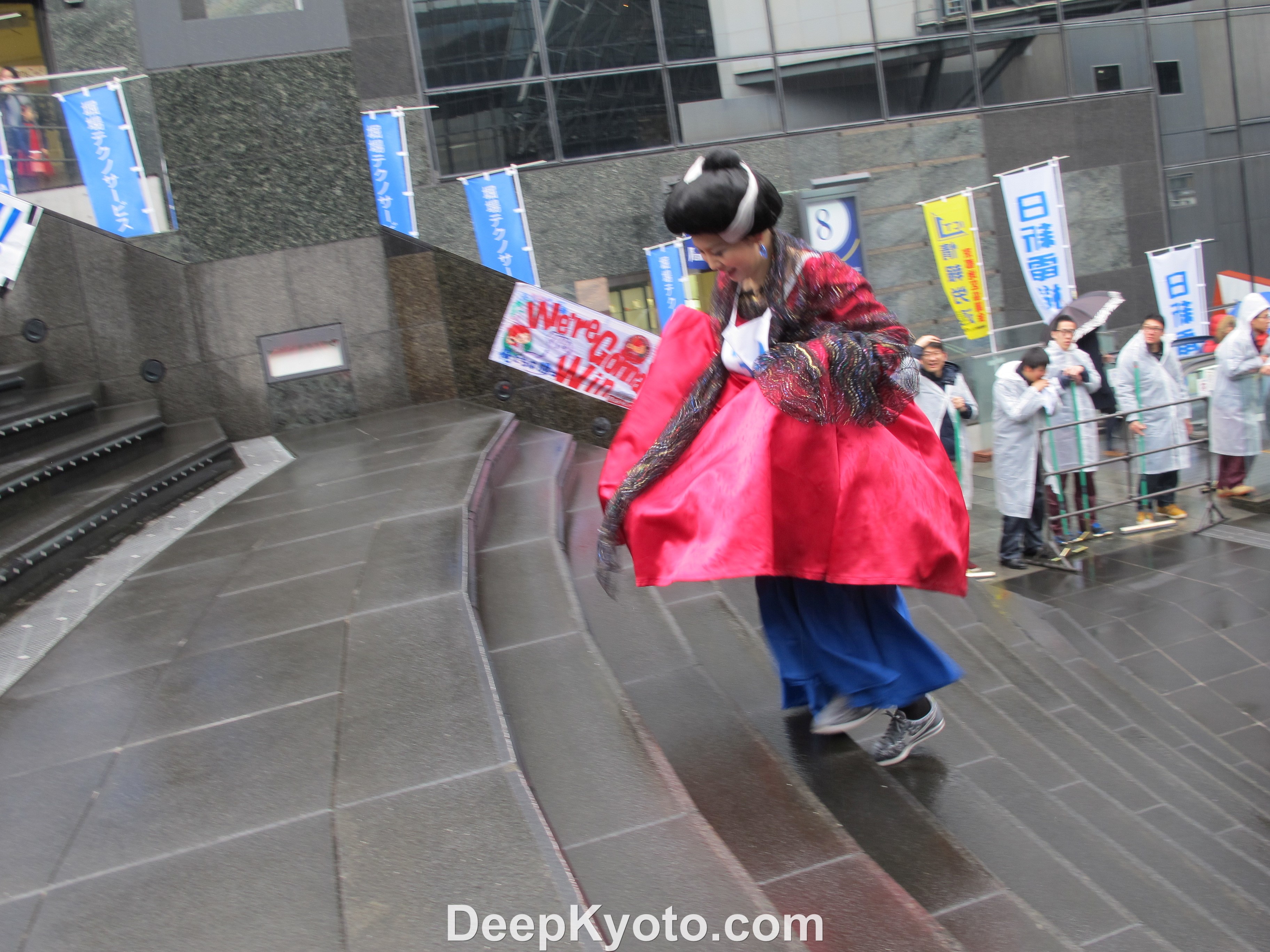 This next chap is the Cho Hakkai pig character from the popular story Saiyuki or Journey to the West. You can see a clown in the background too. 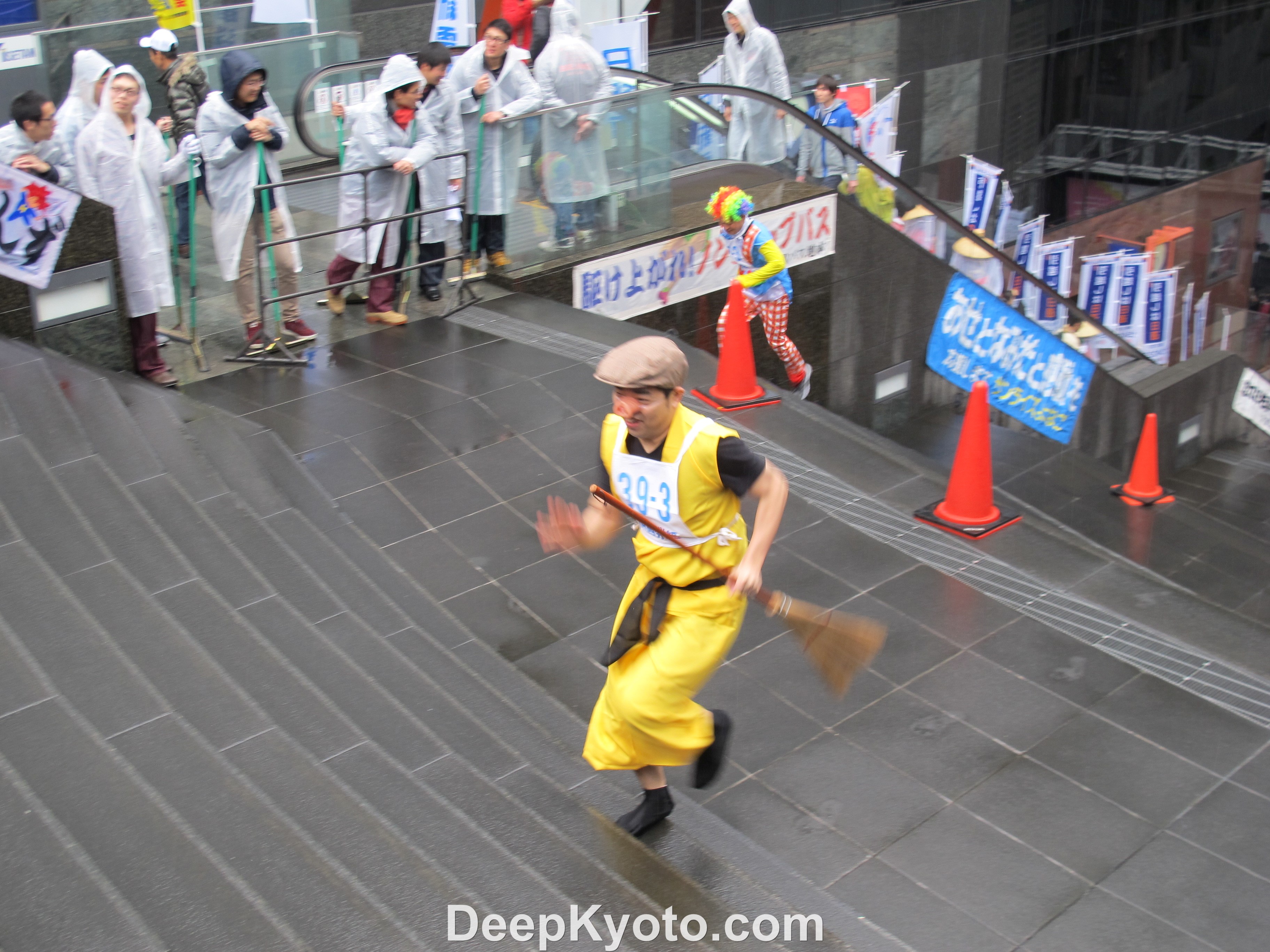 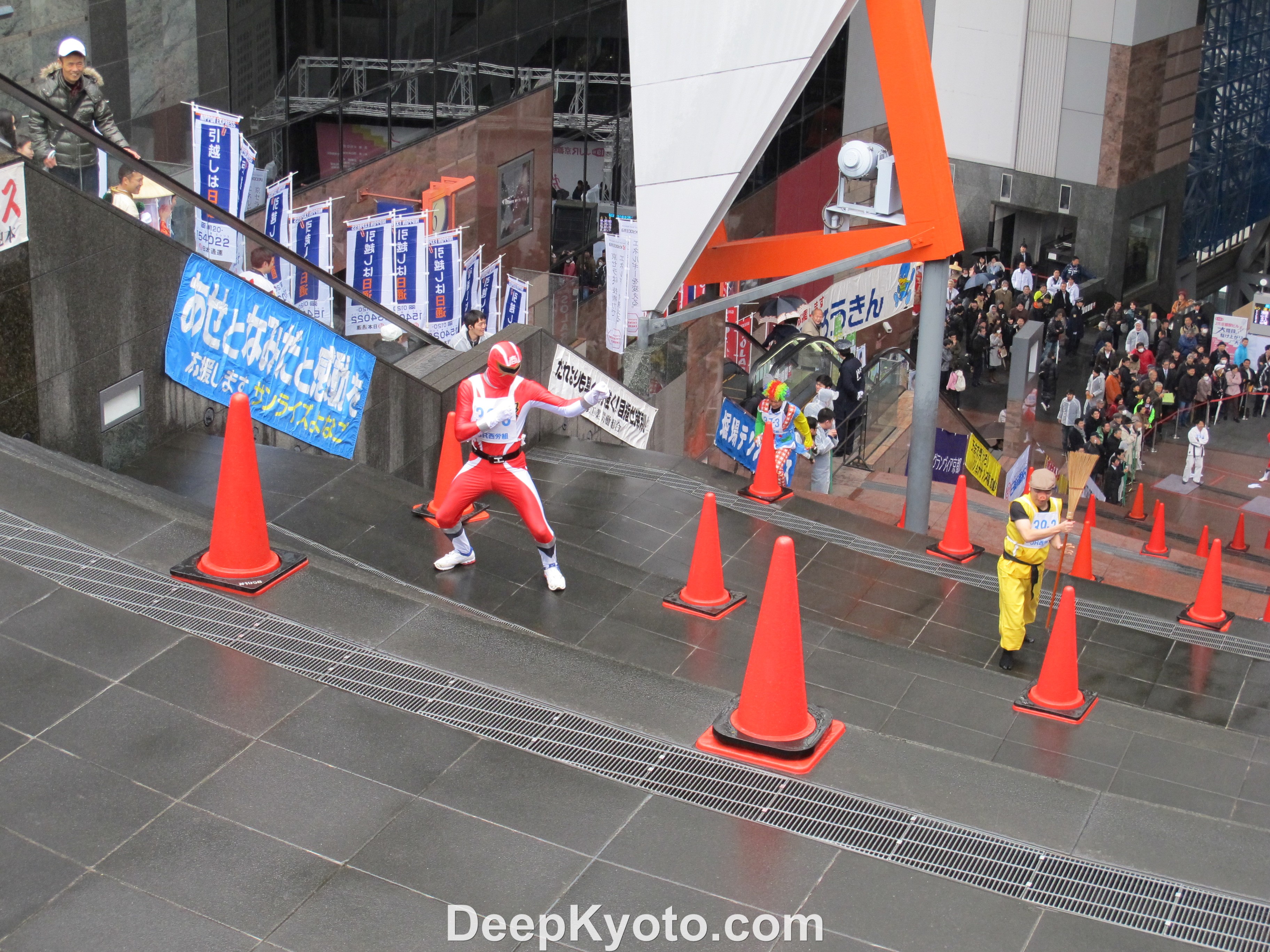 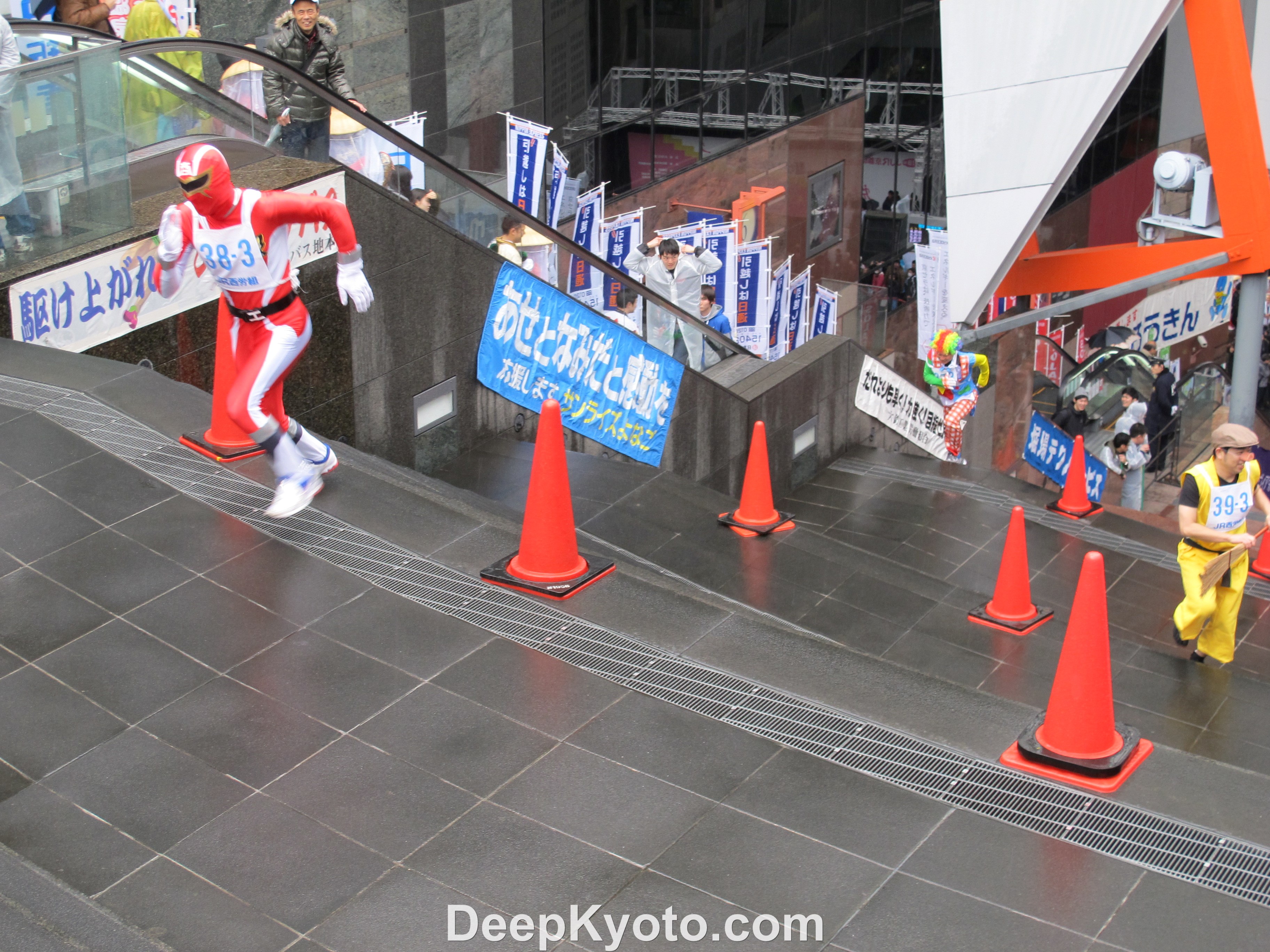 For the most part the costumed contestants seemed more concerned with having a laugh and putting on a show than in trying to get the best time. They would stop and wave to the crowd, pose for photographs and in the case of the princesses, perform a lot of curtsies, all the way up the steps. When the last members of the hero team was running, his team mates suddenly joined him to cheer him on for the final spurt of the course! 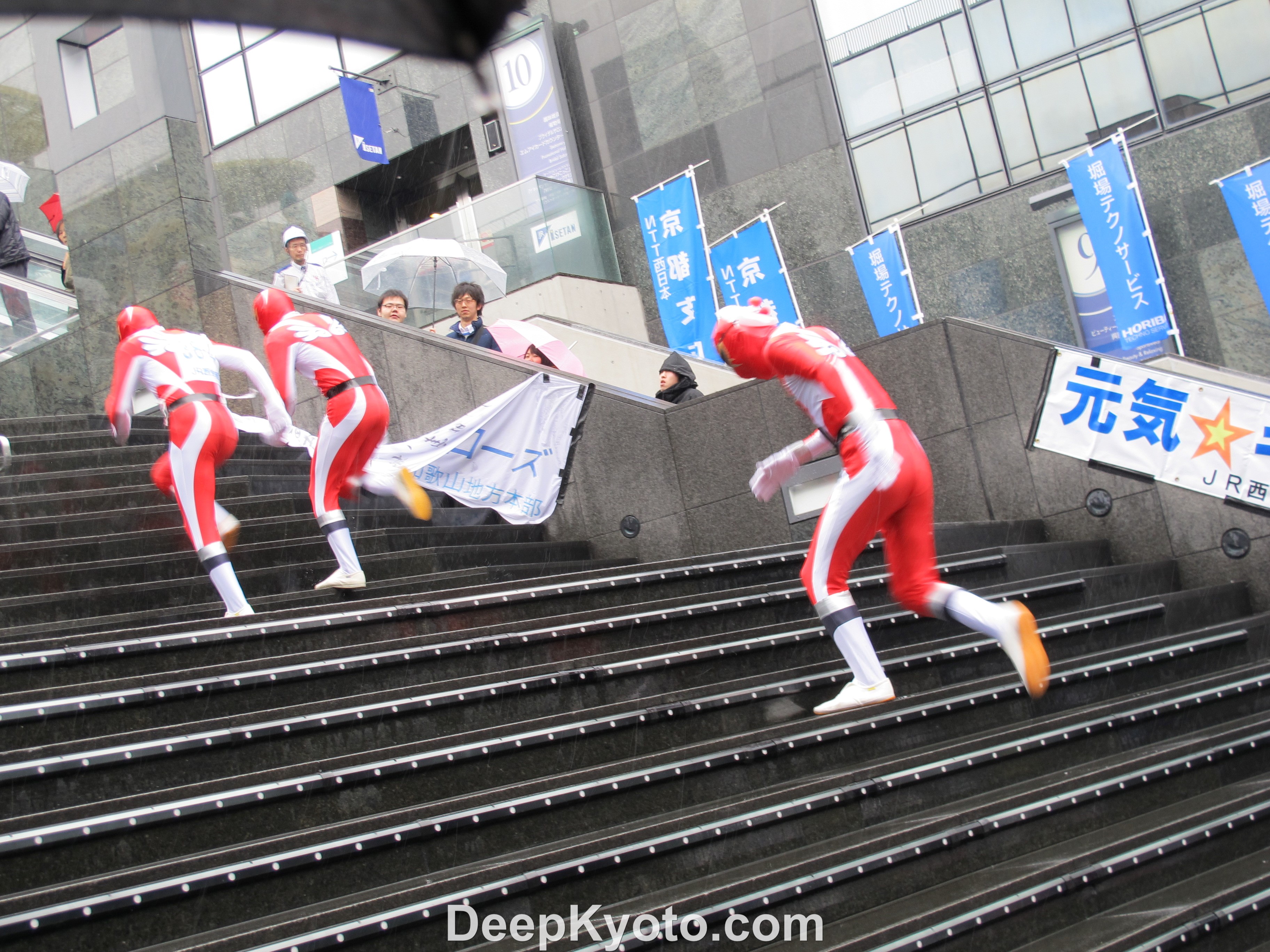 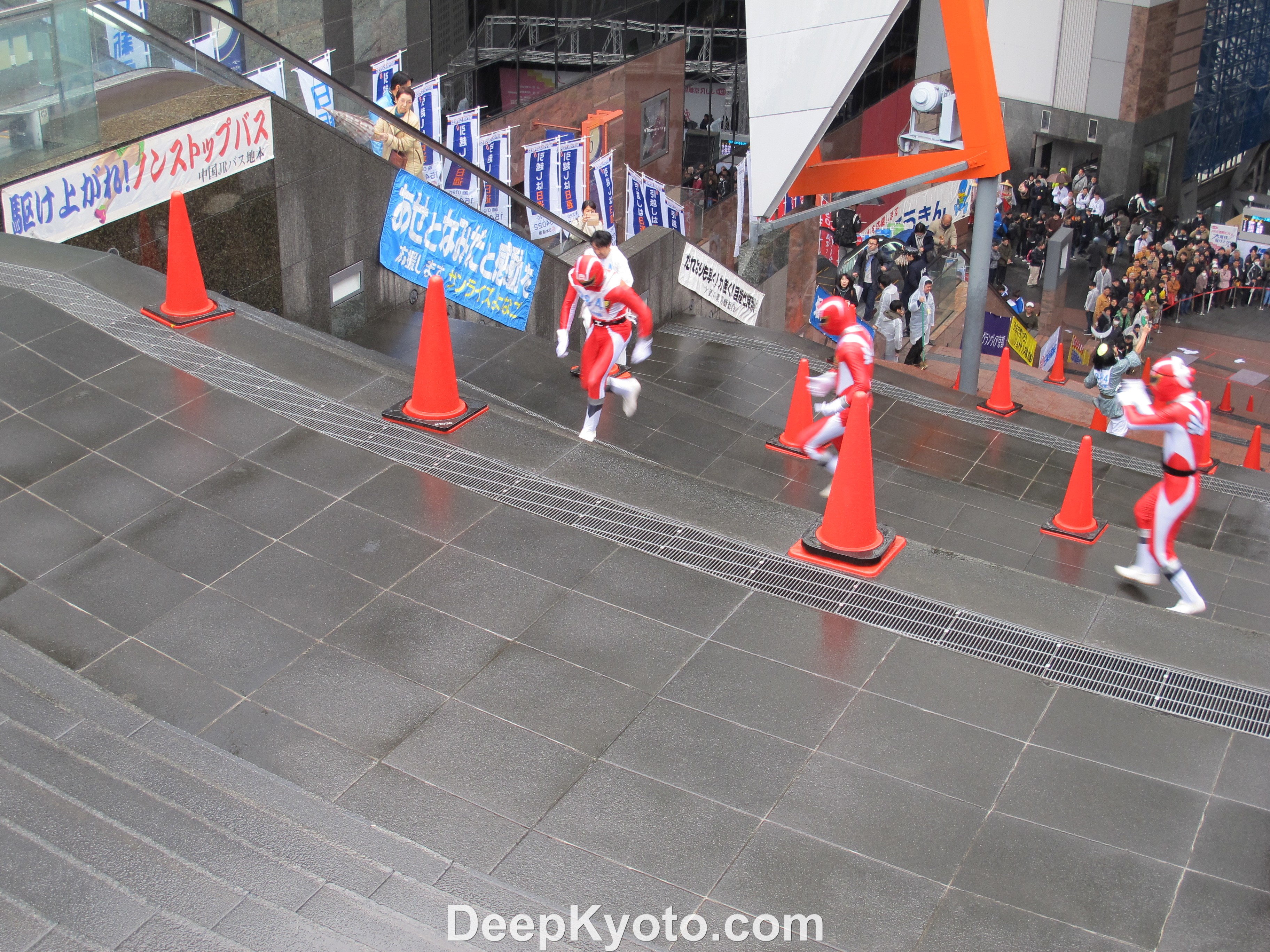 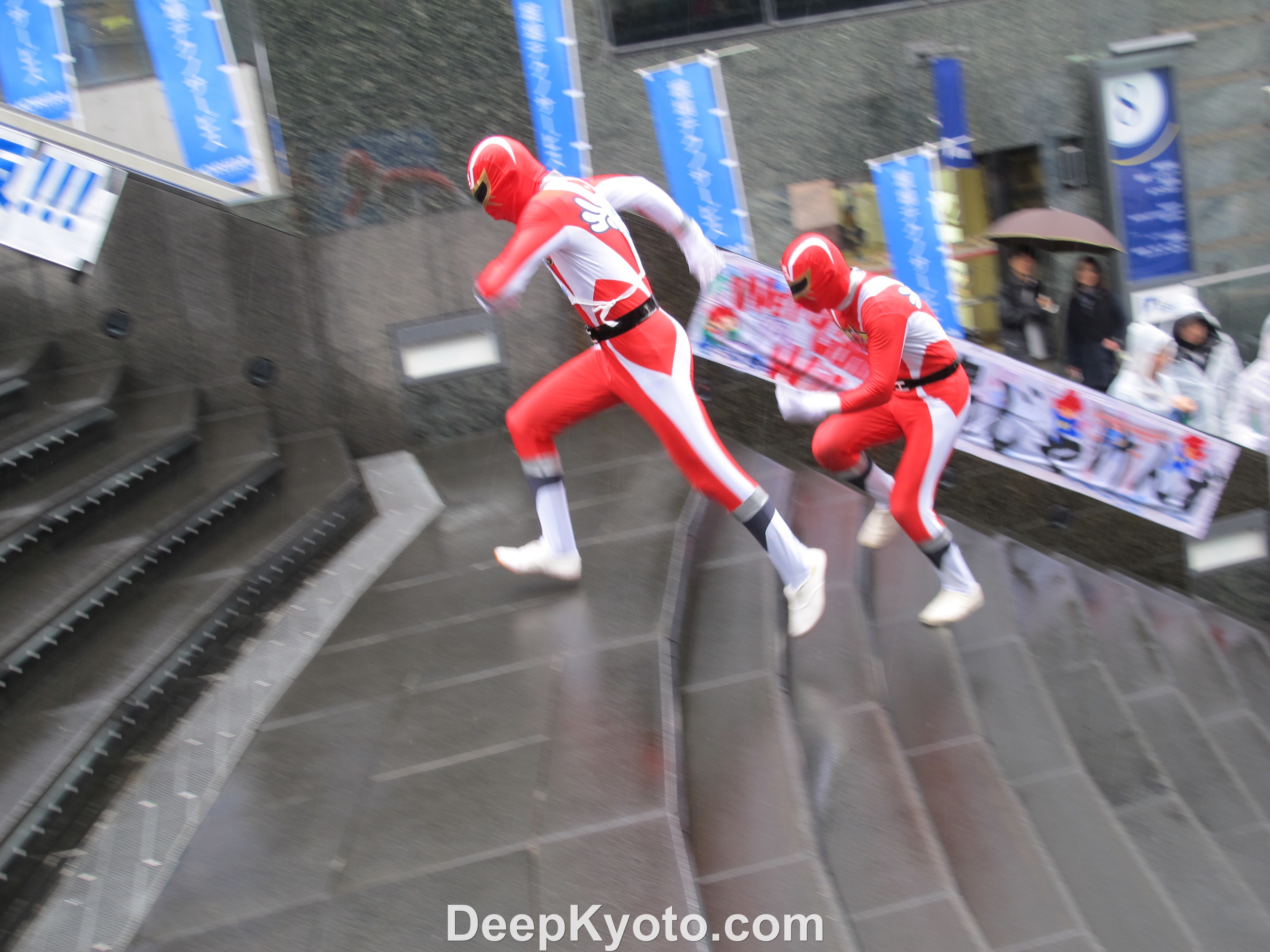 By far the best entertainment was from the samurai team though, who literally performed a series of running battles up the stairs. 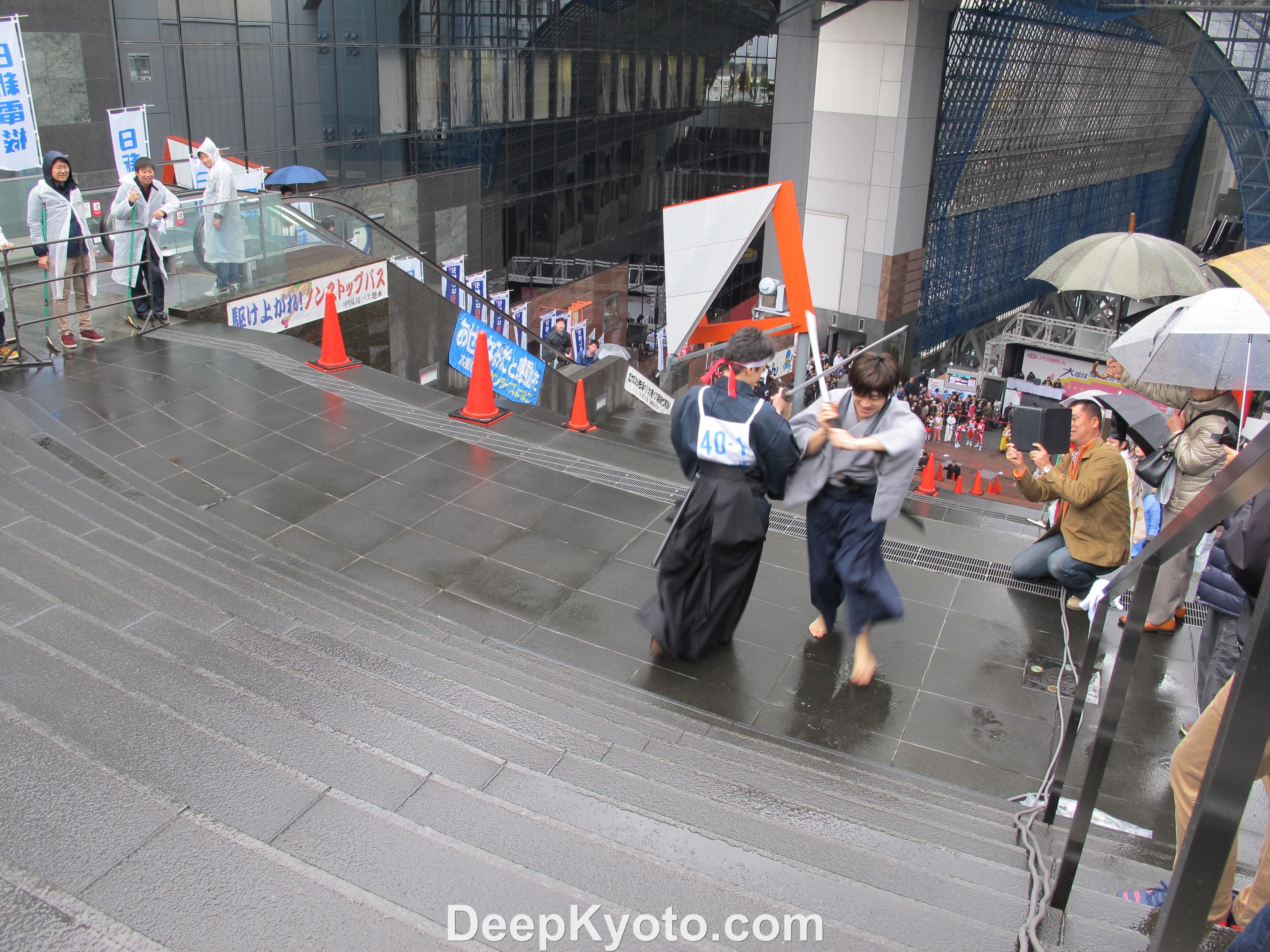 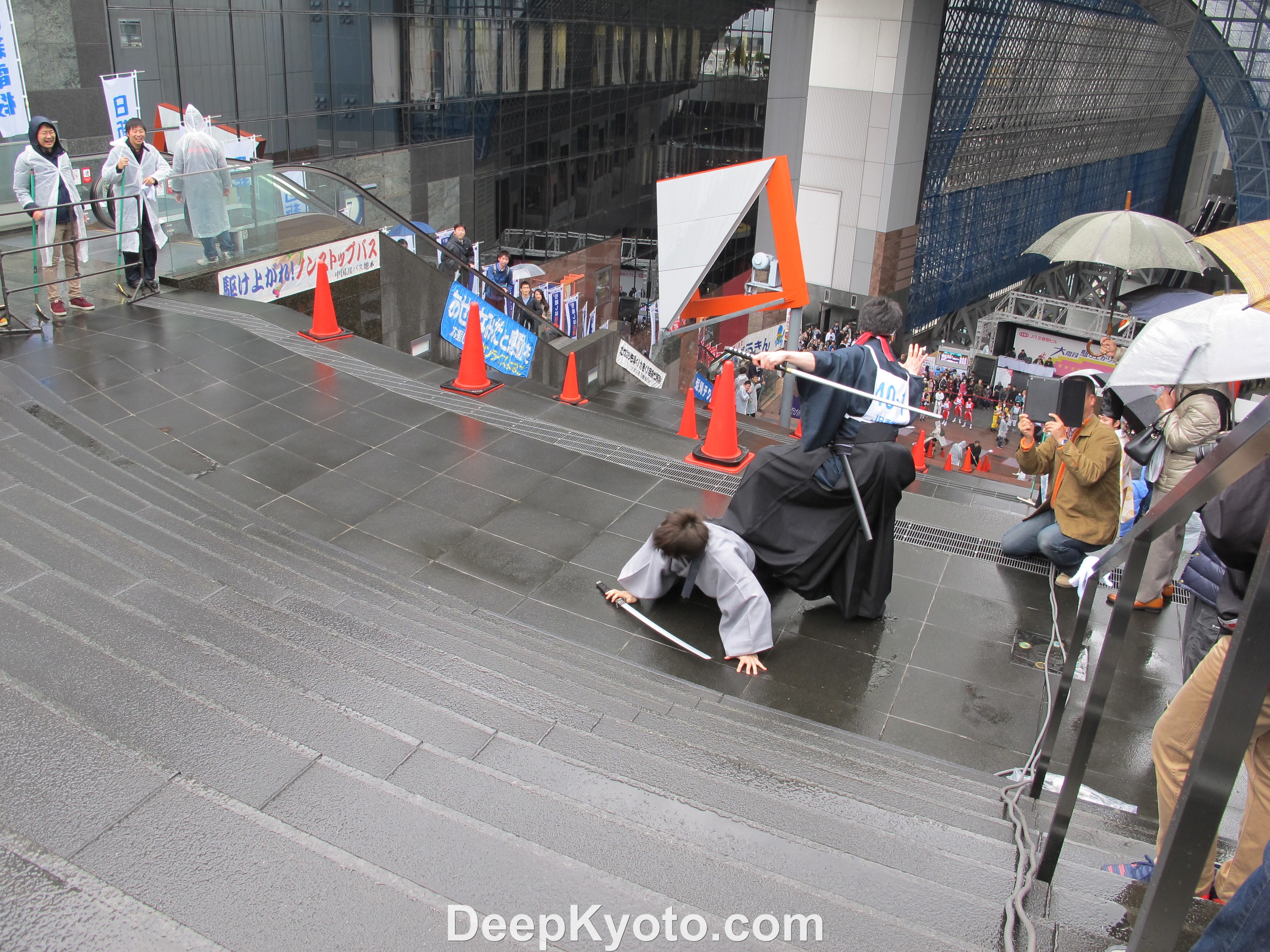 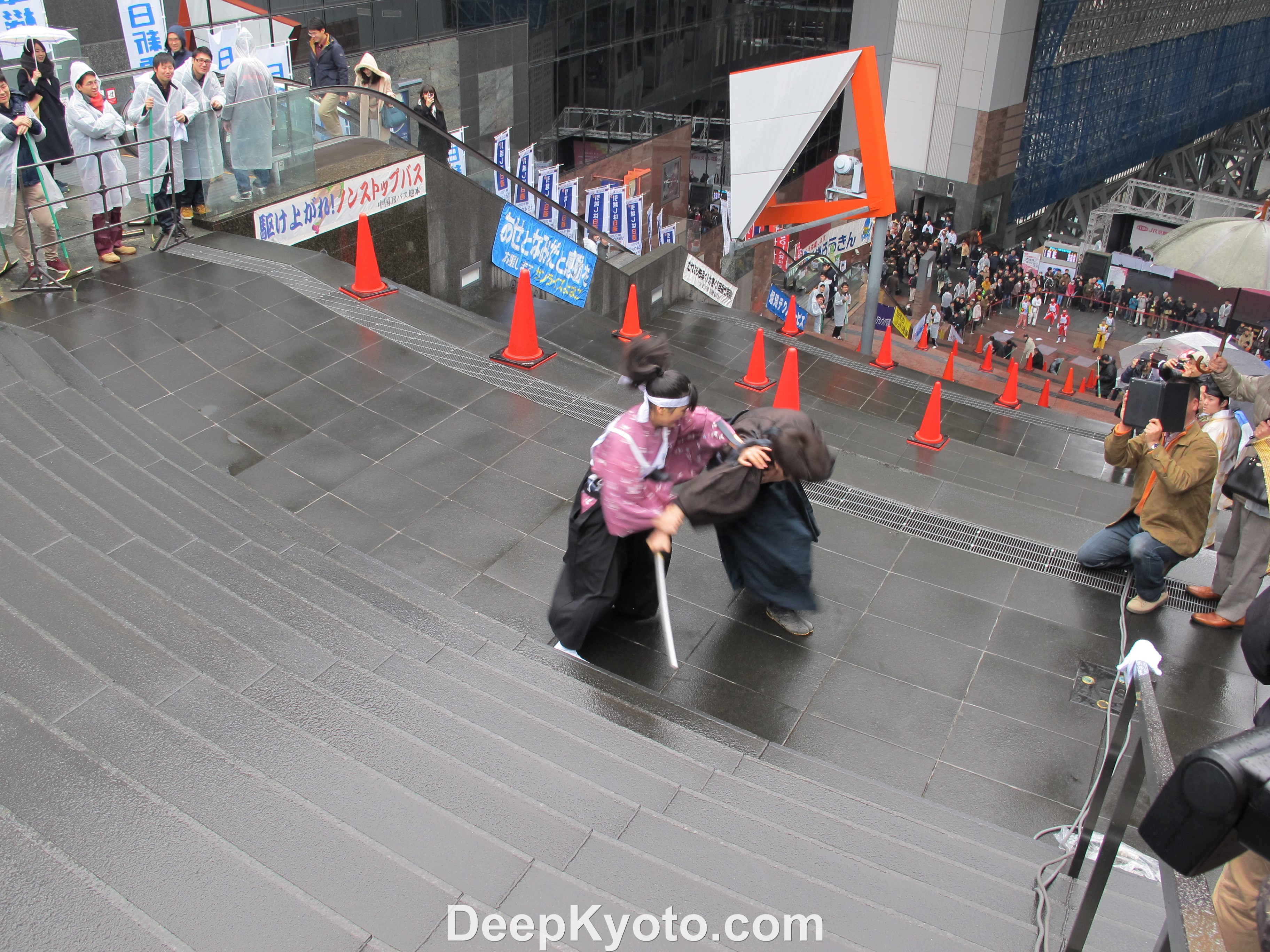 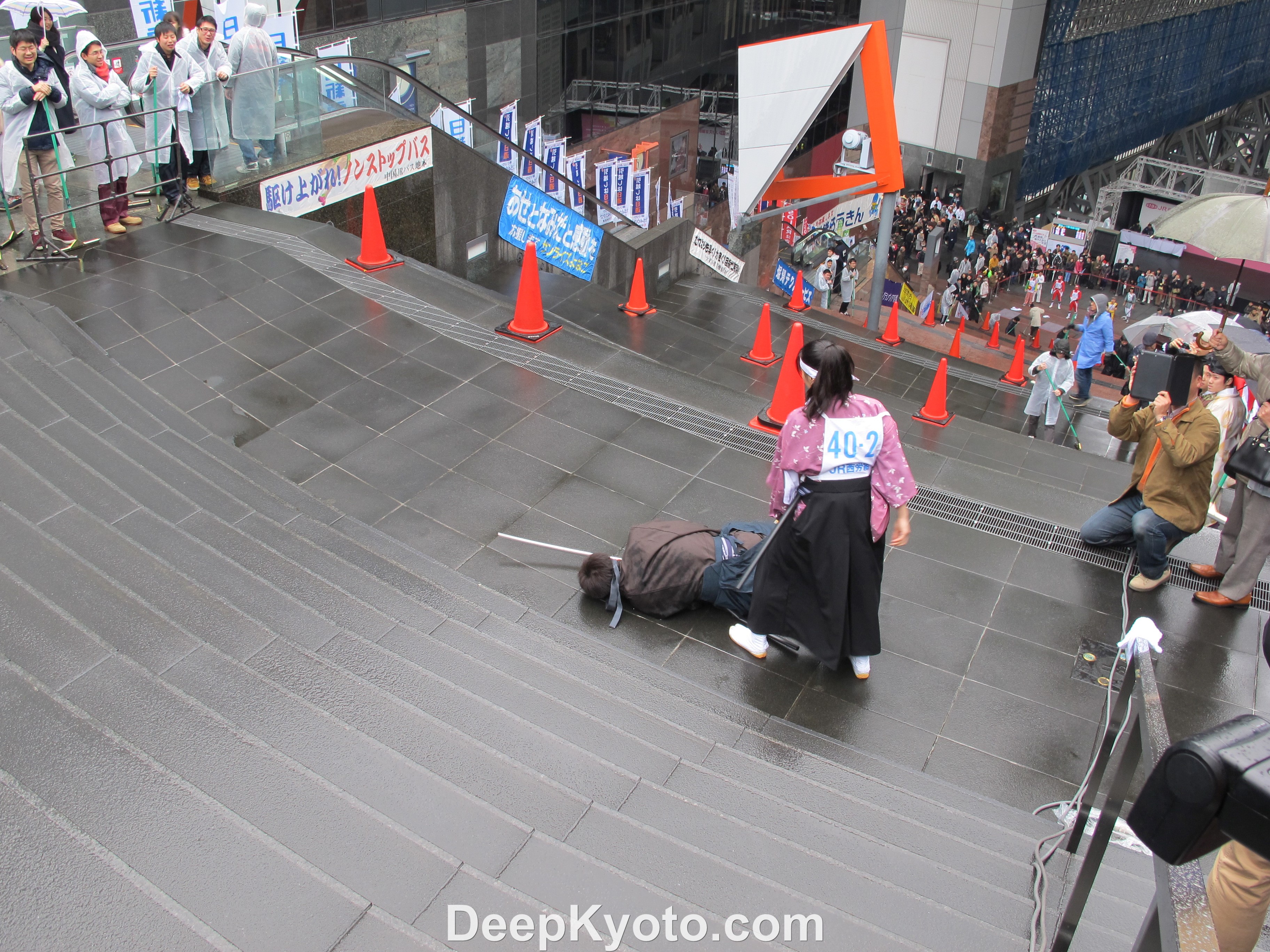 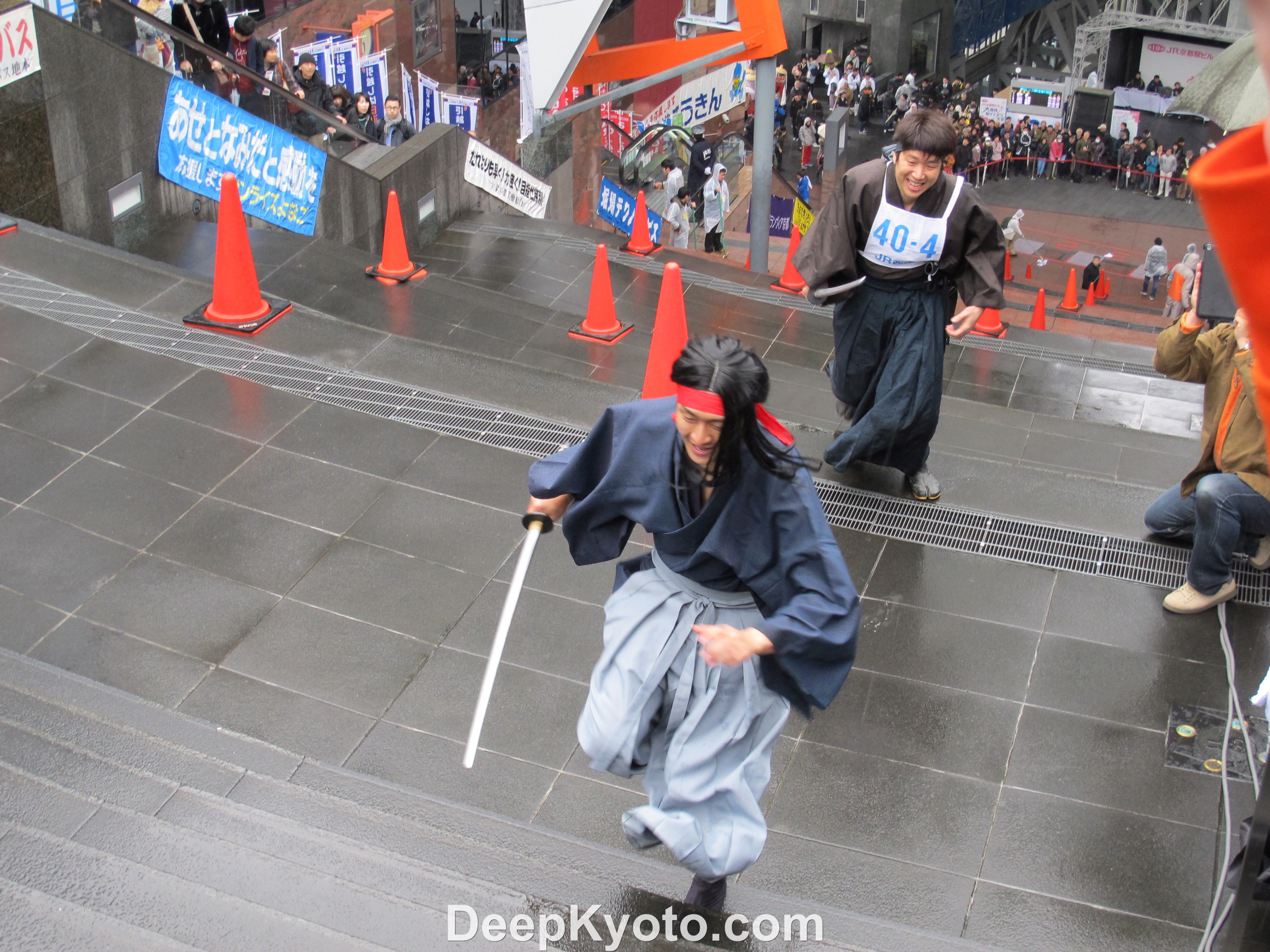 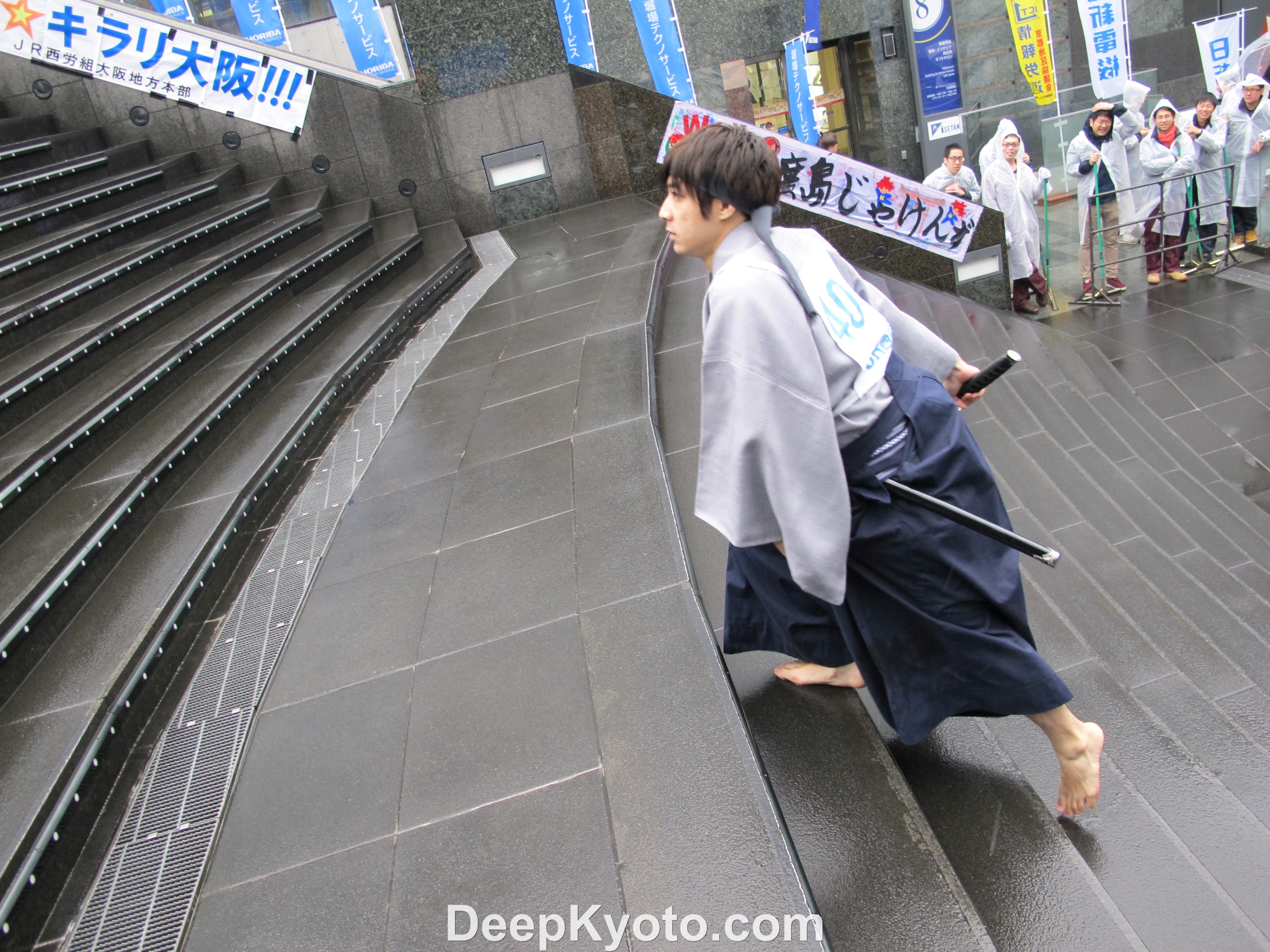 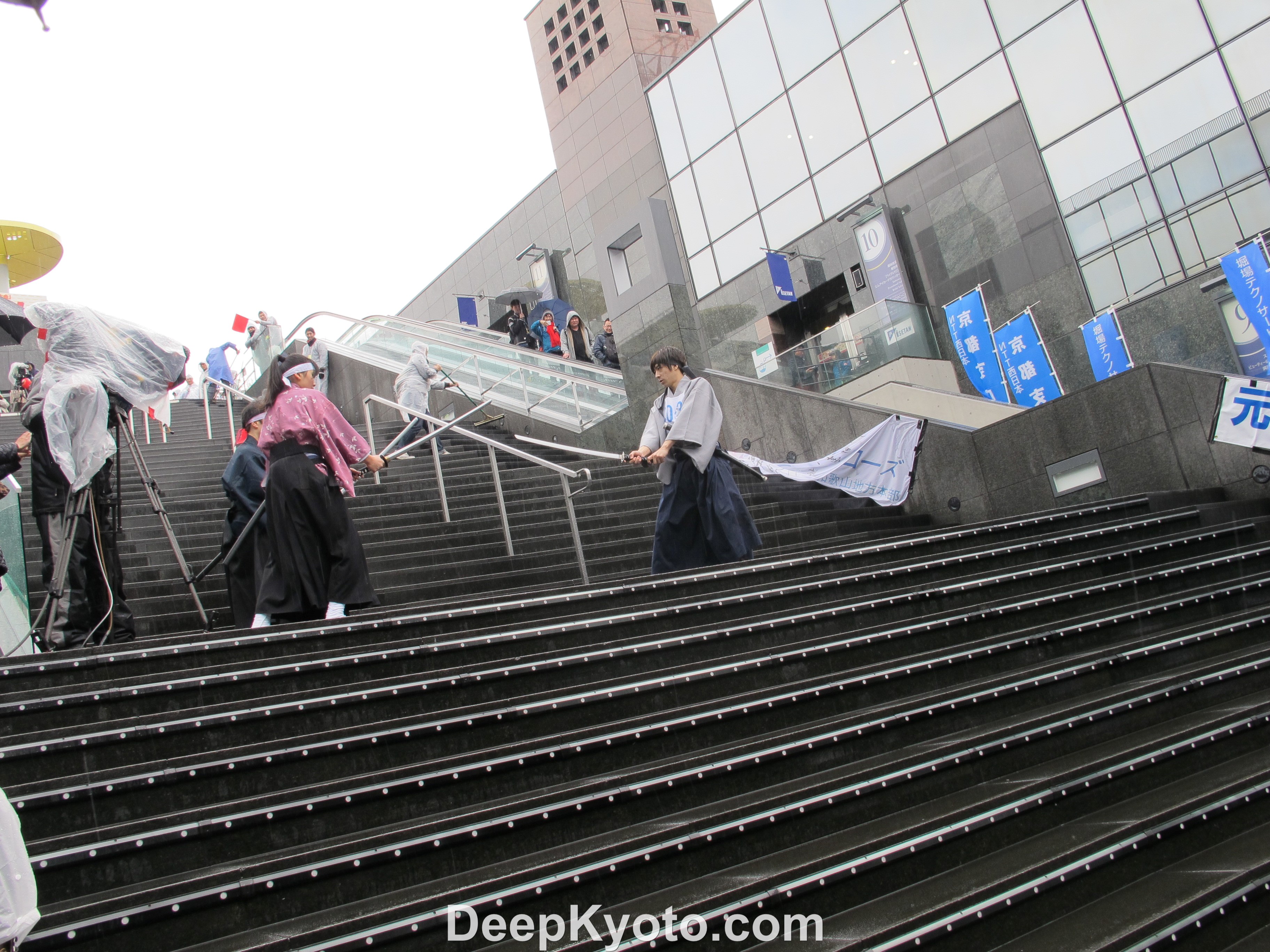 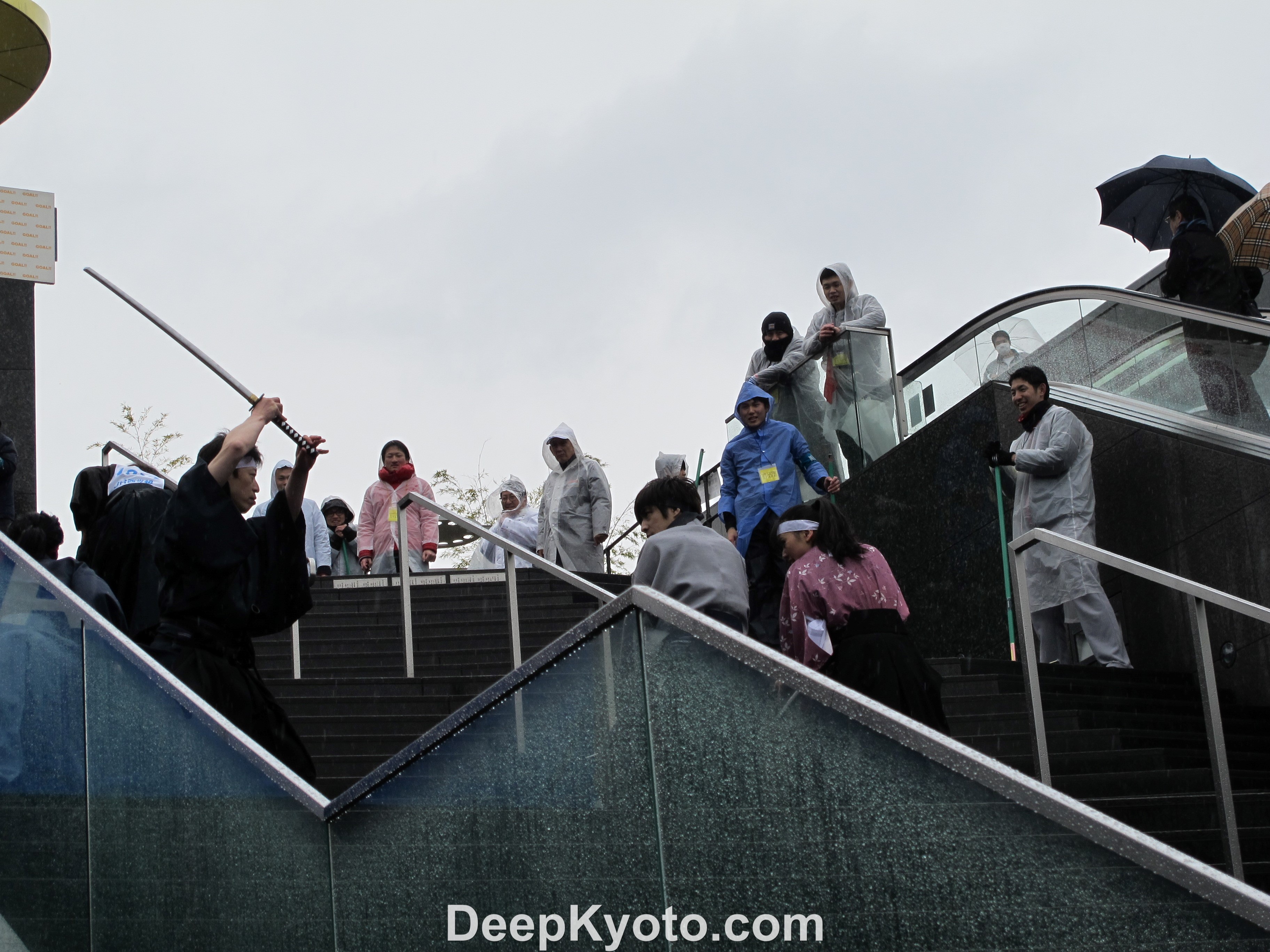 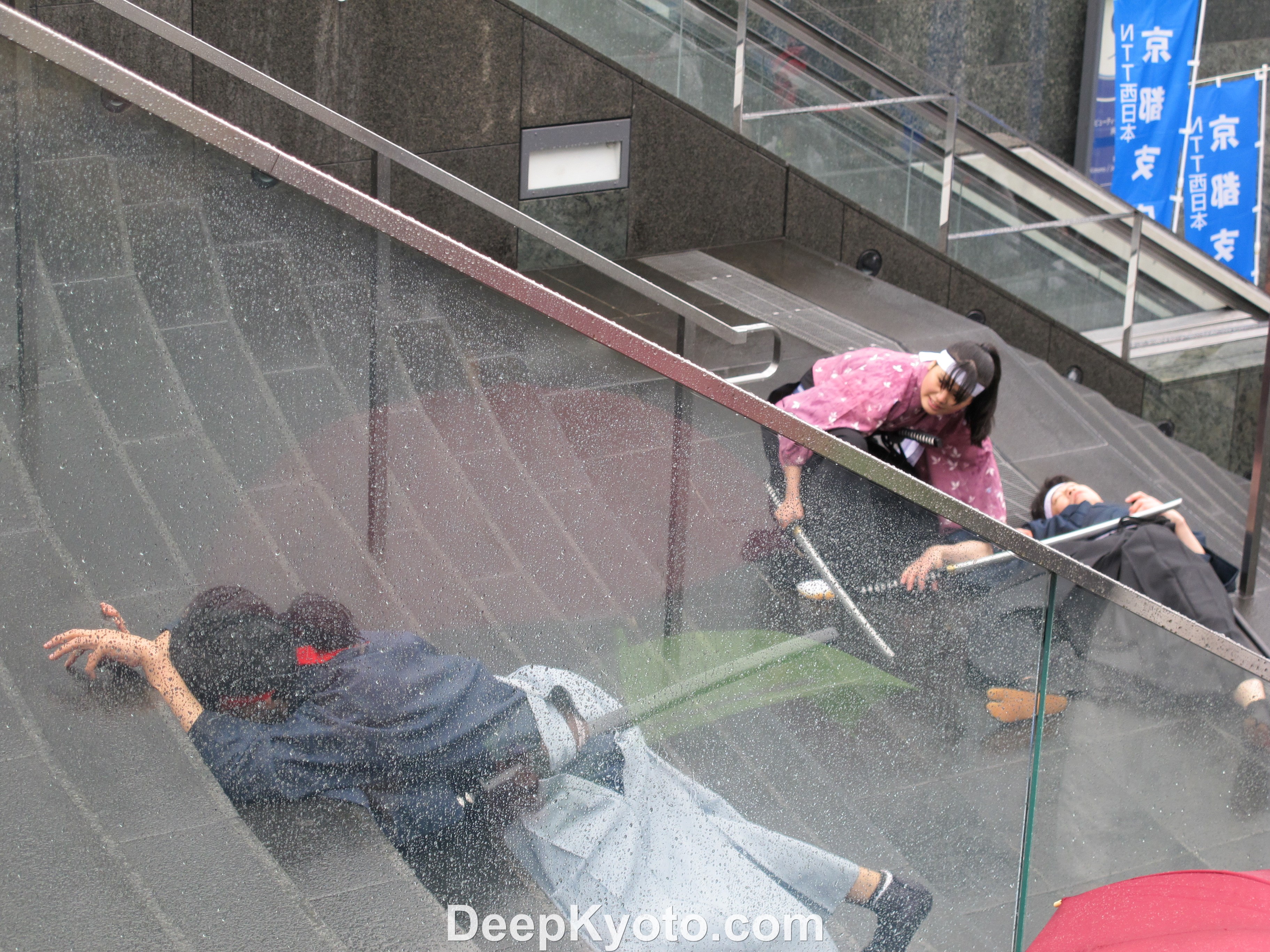 Even though the weather was wet and miserable, the good humored runners definitely brought smiles to the faces of the onlookers. We’ll be back to watch again next year!