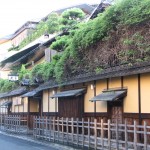 The Exotic World of the Japanese Inn Ian Ropke writes… At the beginning of the 20th century in Japan and Europe and elsewhere, there was a class of people, often men, who spent great portions of their life living in inns and hotels. Yasunari Kawabata, the first Japanese to win the Nobel Prize for Literature, was one of the last people to live in ryokan in what could only be … END_OF_DOCUMENT_TOKEN_TO_BE_REPLACED 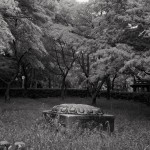 This is the first in a new, occasional series of profiles of Kyoto-based photographers. Each photographer will choose five of their favorite pictures from around Kyoto and tell us a little about what those pictures mean to them. To start us off, Kyoto Journal's John Einarsen was kind enough to send me some wonderful black and white images of Shinnyodo; a temple complex on Mount … END_OF_DOCUMENT_TOKEN_TO_BE_REPLACED

Jen L. Teeter writes... According to the original agreement between Japan and the U.S., Okinawa would be reverted to Japan in 1972 without the presences of nuclear weapons. However, behind the scenes, a Kyoto Sangyo professor, Wakaizumi Kei convinced then Prime Minister Sato Eisaku that Okinawa would not be handed over to Japan unless Japan allowed U.S. nukes on Japanese … END_OF_DOCUMENT_TOKEN_TO_BE_REPLACED 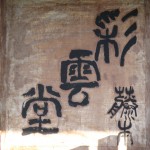 Today's post from Ian Ropke is a continuation of yesterday's post on Nihonga... The classic Japanese artist’s best friend For well over one hundred years, Saiun-do has been supplying artists with quality Nihonga pigments and brushes. The business has an illustrious history. The famous painter Tomioka Tessai (1836-1924), just one of Saiundo’s illustrious clients, recommended … END_OF_DOCUMENT_TOKEN_TO_BE_REPLACED 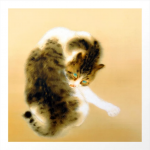 Disclosure: Some links on this page are affiliate links and the owner of this website may earn a commission from qualifying purchases. Ian Ropke writes... The history of traditional Japanese painting The history of Nihonga, the traditional Japanese manner of painting, can be traced back to the beginning of the Heian period. A manuscript from 999 mentions a style of … END_OF_DOCUMENT_TOKEN_TO_BE_REPLACED 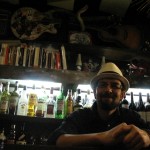 UPDATE: BAR F.S.N. has moved and is now located here. Recently I heard that an old friend Philippe Goulier, had opened up his own bar. I was curious to see it. Philippe had always talked about running his own little cafe, or tea house, or restaurant... or something, but it always seemed like it was just talk. It's awfully nice when people exceed your expectations. Philippe … END_OF_DOCUMENT_TOKEN_TO_BE_REPLACED 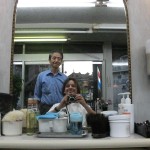 UPDATE Feburary 2012: I'm sad to announce that, Kinoshita-san having finally retired, Futaba has now closed. I've recently spotted a cameraman roaming the corridors of the school where I work. My hair having gotten all shaggy and unkempt, and not wanting to lower the tone of the old school album, I figured this was a warning. Time for my biannual haircut! Anyway, as it … END_OF_DOCUMENT_TOKEN_TO_BE_REPLACED 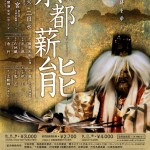 John Dougill writes… For many people Noh is a turn-off. The plays have no conflict, no humour and no facial expression. Actors move at a snail’s pace, the language is arcane and the music archaic. To its detractors it’s simply an outmoded relic of medieval times. Noh way, Noh thank you. There are regular performances in Kyoto, and if you attend you’ll find a good number … END_OF_DOCUMENT_TOKEN_TO_BE_REPLACED

Ian Ropke writes... Ikkyū was a Zen monk who was famous for burning the candle of life at both ends. By day, he was devout and extremely accomplished monk and scholar. By night, he reveled in the so-called “floating world” of drink and women. He lived in tumultuous 15th century Japan at a time when most of the country was ruined by civil war. Ikkyū was born the … END_OF_DOCUMENT_TOKEN_TO_BE_REPLACED

John Dougill writes... Charlie Chaplin loved it, and so have thousands of others. The Kamogawa Odori is simply irresistible and a rare chance to see geisha perform in public. It helps make May the merriest month of the year. Kyoto has five geisha areas in all, popularly known as 'hanamachi' or flower districts. Gion is the biggest and best-known; Pontocho which … END_OF_DOCUMENT_TOKEN_TO_BE_REPLACED 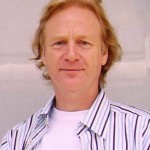 I am very happy to welcome a new regular contributor to Deep Kyoto: Mr. John Dougill. Born in Yorkshire, John Dougill first came to  Japan  in 1986 and to Kyoto in 1994. He has taught in several universities but is now happily employed at Kyoto’s Ryukoku University  as professor of British Studies. His fascinating book Kyoto: A Cultural History makes his love for the … END_OF_DOCUMENT_TOKEN_TO_BE_REPLACED 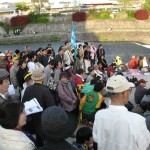 I was at a party last night and woke up today feeling very hungover. So much so that I was totally going to bail out of attending today's rally and demo against the American military's *occupation* of Okinawa. However, after reading Jeffrey Friedl's comments on the last Okinawan post, I pretty much felt like I had to go - if only to wind him up a little bit more. So thanks for … END_OF_DOCUMENT_TOKEN_TO_BE_REPLACED 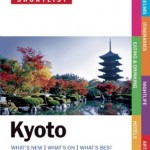 Nick Coldicott has a very nice drinking guide to Kyoto in the Japan Times today that I'd invite you all to read. It is framed entertainingly as a rebuttal to a critical review Nick's book "Time Out Shortlist Kyoto" received on Amazon.com. The reviewer wrote angrily that the book placed to much emphasis on bars, cafes and restaurants and not enough on World Heritage sites. "I … END_OF_DOCUMENT_TOKEN_TO_BE_REPLACED 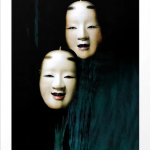 This article contains affiliate links. The owner of this website may earn a commission from qualifying purchases. Performances for the Gods Ian Ropke writes... Japanese Noh theatre is one of the oldest dramatic forms in world. The early developments of Noh lie in the festive entertainment of various kinds (dance, simple plays) performed at temples and shrines in the 12th … END_OF_DOCUMENT_TOKEN_TO_BE_REPLACED