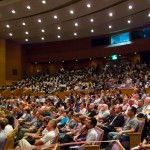 Once again I have to congratulate Jay Klaphake and his TEDxKyoto team of volunteers for organizing a splendid event at Kyoto University of Foreign Studies today! It was a delight to see Patrick Linehan speak here again, this time on the effect his last speech at TEDxKyoto has had on his life and also on the lives of others. In September he told us to embrace the qualities … END_OF_DOCUMENT_TOKEN_TO_BE_REPLACED 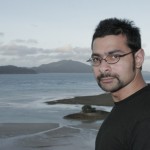 This has nothing to do with Kyoto, but for my erstwhile-brother-in-rock I'm happy to break the normal rules. This is my old friend Kumar Sivasubramanian: Once upon a time, we were in a band together. Yes. I was in a band. That's me rocking out with the long hair. And that's him rocking out behind the hair. Really. … END_OF_DOCUMENT_TOKEN_TO_BE_REPLACED

Now that the videos are up I'm going to post my favorite talks from this year's TEDx Kyoto event. First though a word about the event as a whole. A lot of praise is due to Jay Klaphake and his team of volunteers for organizing this again this year. It was on the whole a great success and most of last year's teething troubles had been cleared away. The presentation was a lot … END_OF_DOCUMENT_TOKEN_TO_BE_REPLACED 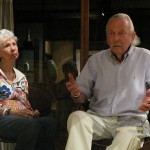 Two days before TEDxKyoto I attended an informal gathering at Robert Yellin's gallery, to listen to his father, Jerry, talk about his experiences both in war and peace. Jerry, now in his late eighties, was a P51-Mustang fighter pilot in World War II, so this was a rare opportunity to connect with someone from that era, and frankly his story affected me far more than anything I … END_OF_DOCUMENT_TOKEN_TO_BE_REPLACED 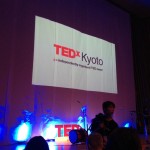 Congratulations to Jay Klaphake and his team for successfully organizing the very first TEDxKyoto last Sunday! I attended this event with a good deal of curiosity. I have never attended a TED event before. However, having seen a number of inspiring talks online from the main TED event, my expectations were naturally set high. How would TEDxKyoto match up? Naturally, there … END_OF_DOCUMENT_TOKEN_TO_BE_REPLACED 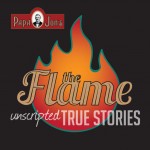 Charles Roche says, On Sunday, May 27th " The Flame", an evening of true, personal, experience stories told by suspect individuals will debut at Papa Jon's Eatery. Stories (all in English) begin at 7:00PM. No translations provided. Inspired by the famous New York storytelling NPO, The Moth, Kyoto's The Flame has the potential to be an exciting new regular get-together for our … END_OF_DOCUMENT_TOKEN_TO_BE_REPLACED