On Saturday we took a stroll up to the Shimpukan, intending to grab a bite to eat at Papa Jon’s Eatery. Unfortunately for us, they were hosting a wedding party. However, very fortunately for us, we bumped into Charles Roche (the owner) on his way out, and he offered us a lift up to the 本店. Nice chap, isn’t he? 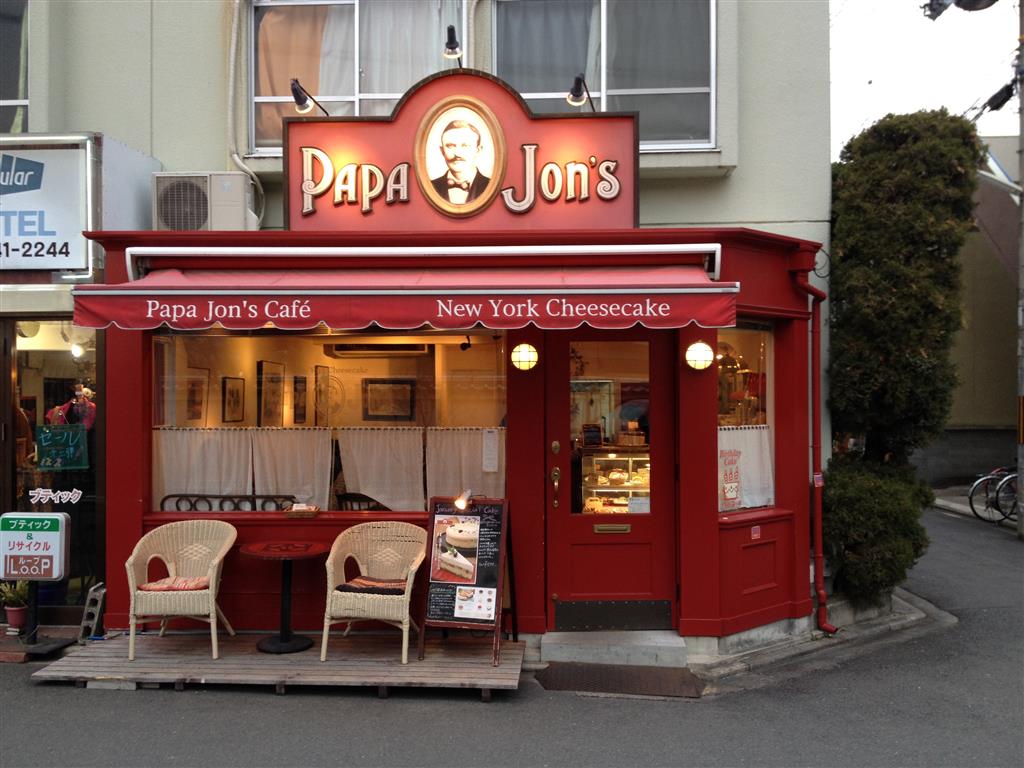 I’d noticed this place on the way to events at Impact Hub but never been it. Much smaller and cosier than the Eatery, it’s a good spot for lunch if you happen to be up near Imadegawa station. I enjoyed my fritatta – an Italian dish mid-way between a quiche and an omlette. 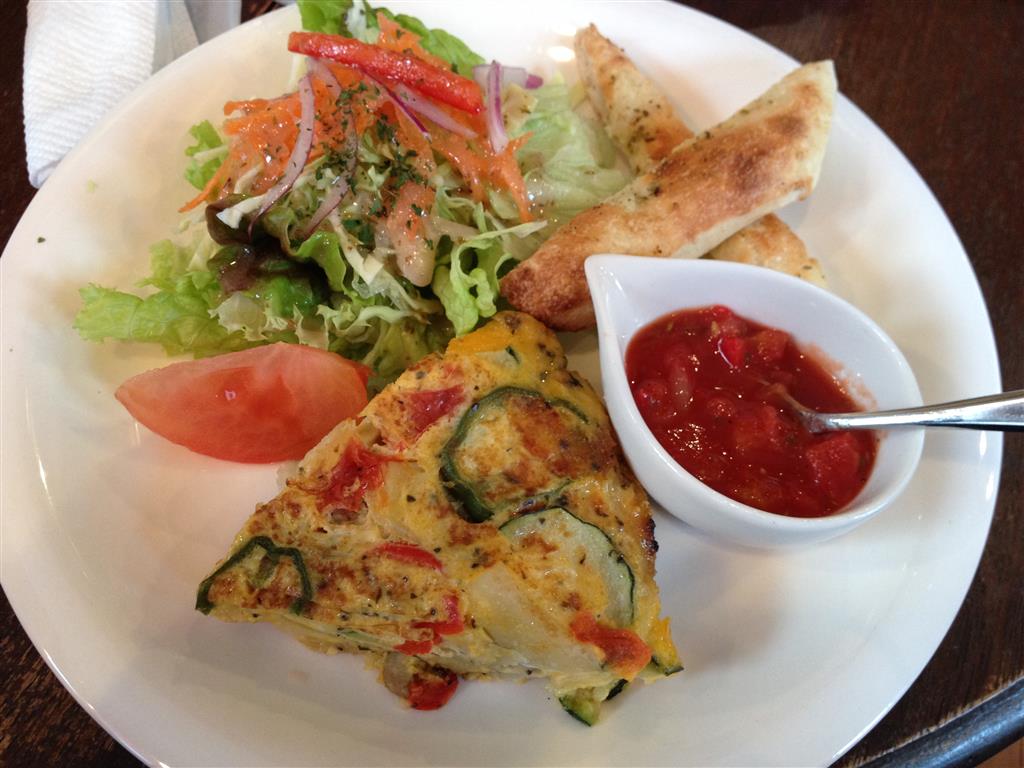 And Mewby really enjoyed her chicken, potato and coconut curry. She was very impressed with how well it went with couscous! 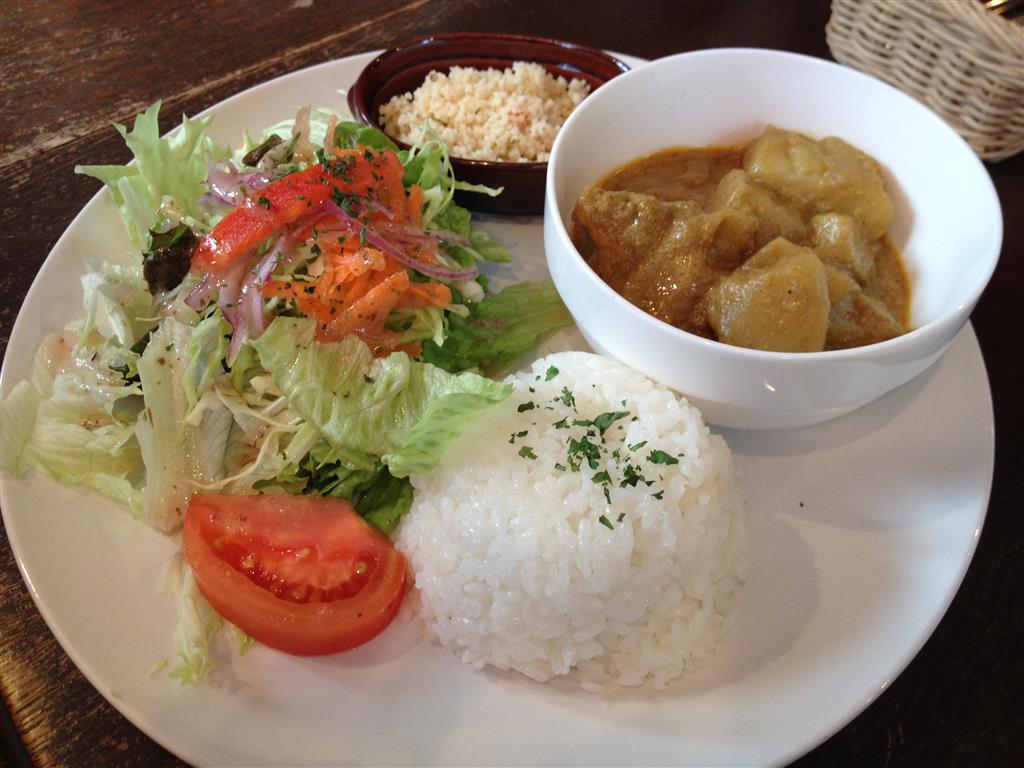 After that we were quite satisfied, but being greedy ordered some of their famous cheesecake to take home. You can’t go to Papa Jon’s and not have cheesecake! Can you guess which we chose? 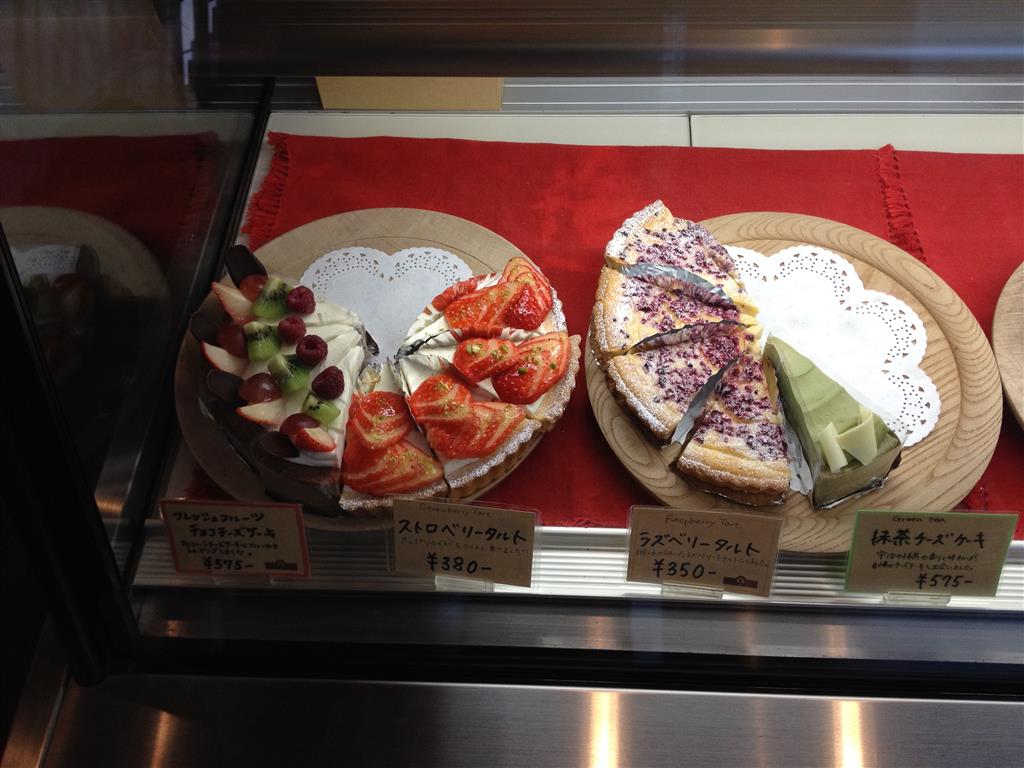 I had the raspberry and Mewby had rum raisin. Absolutely delicious! Thank you for the lift Charles! 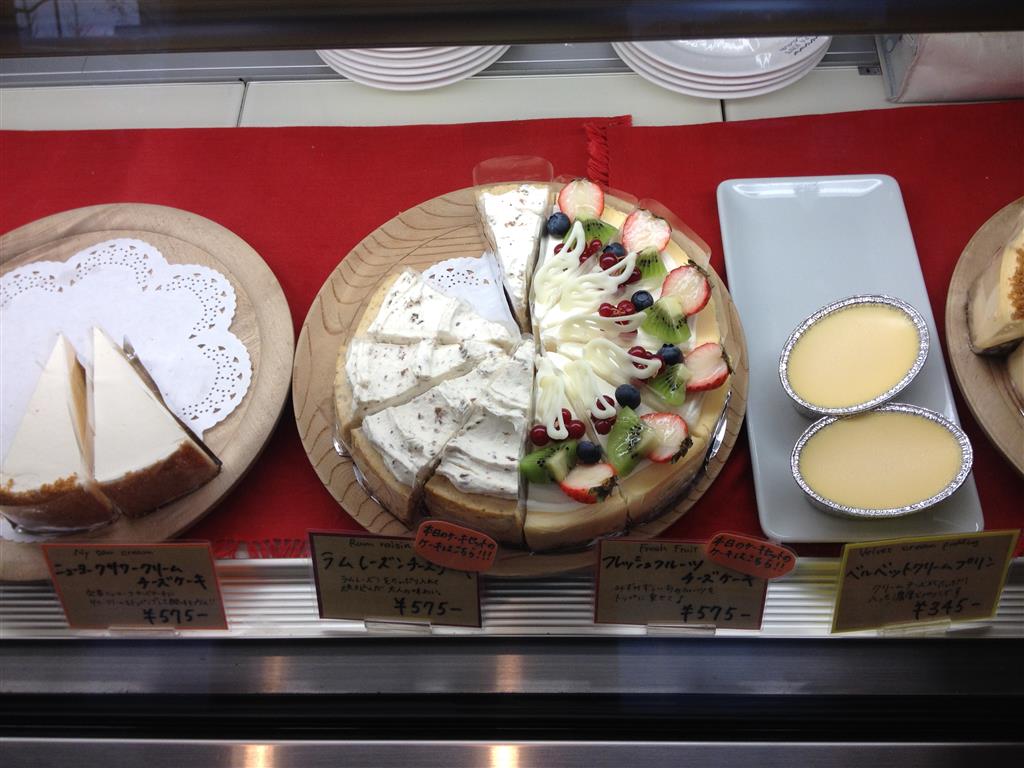 Papa Jon’s have stores in the following locations. Click the links for maps!