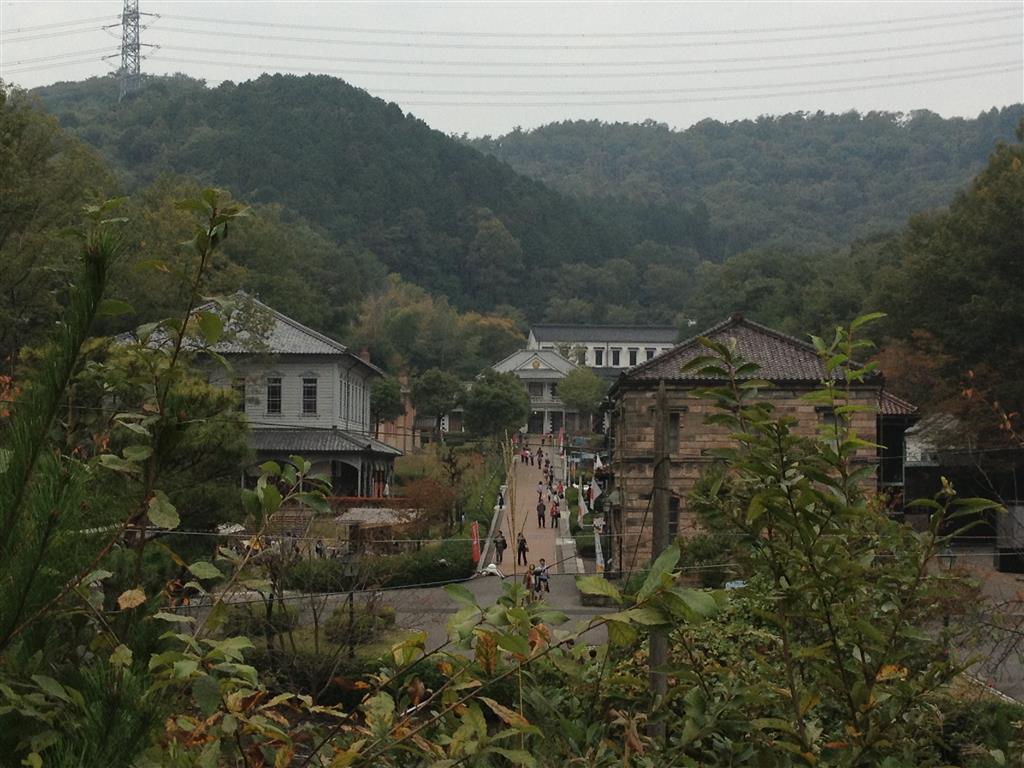 In 2011 McKinsey & Company commisioned 80 writers and thinkers to contribute to an anthology rather grandly titled Reimagining Japan: The Quest for a Future that Works. I bought my own copy after browsing through it at Kansai Aiport and reading Alex Kerr‘s piece “Japan after People”.  His contribution was a wry form of dystopian projection that took various current trends, both national and local, and followed them into the far future to entirely logical yet completely absurd conclusions. His prediction for Kyoto in 2060 amused me greatly:

It is not the city’s venerated cultural attributes that draws tourists, but the aquarium, now joined by a planetarium, indoor wave-maker and surfing tank, and a massive shopping mall where Nijo Castle once stood. Nijo has been moved to Meiji Mura, the historic architectural theme park, near Nagoya.

Seems absurd, doesn’t it? And yet this ancient city of shrines and temples, the heartland of Japanese history and culture already has an aquarium. Here far from the sea, you can now pay to see seals and penguins and watch wild dolphins fresh from the ocean, turning tricks in tiny pools. And as for moving Nijo Castle to a theme park…? Well, now that I have been to Meiji Mura, it doesn’t seem that absurd at all. The park already contains schools, banks, commercial buildings, churches, prefectural offices, bridges, and even a lighthouse, so the addition of a castle is not at all inconceivable.

Meiji Mura is an extraordinary open-air architectural theme park in Aichi prefecture where entire buildings have been transported and rebuilt so as to preserve them from certain destruction at their original location. The buildings date from the late 19th and early 20th centuries corresponding to the Meiji, Taisho and early Showa eras. These were times of great modernization in Japan, when architects were striving to introduce western-style designs and construction techniques whilst working with Japanese materials. The results were very beautiful and certainly preferable to the drab blocks of brown and grey that make up most Japanese cities today. One has to wonder why these beautiful buildings could not be preserved at their original locations for they were clearly built to last and I am sure those Meiji era architects would be sad to learn of what became of their cities in the latter part of the 20th century. Well, the severity of inheritance tax clearly has a part to play in that, as does the “Law for the Protection of Cultural Properties”. Rather anti-intuitively, once the government has decided to designate a property as an Tangible Cultural Property, it is often the kiss of death. If private owners accept such a designation, then they are forced to pay for the building’s upkeep. Any renovations require government permission (which itself costs money),  and of course they have to use the most expensive materials and employ renovation experts with the highest fees. Faced with such a financial burden many choose to demolish their properties before the designation comes into effect. Clearly this is an area of the Law that is in need of reform. Honestly speaking modern Japanese cities are ugly, and that includes large parts of Kyoto. But they didn’t (and don’t) have to be ugly. Meiji Mura shows us how they could have been, and maybe one day could be again. 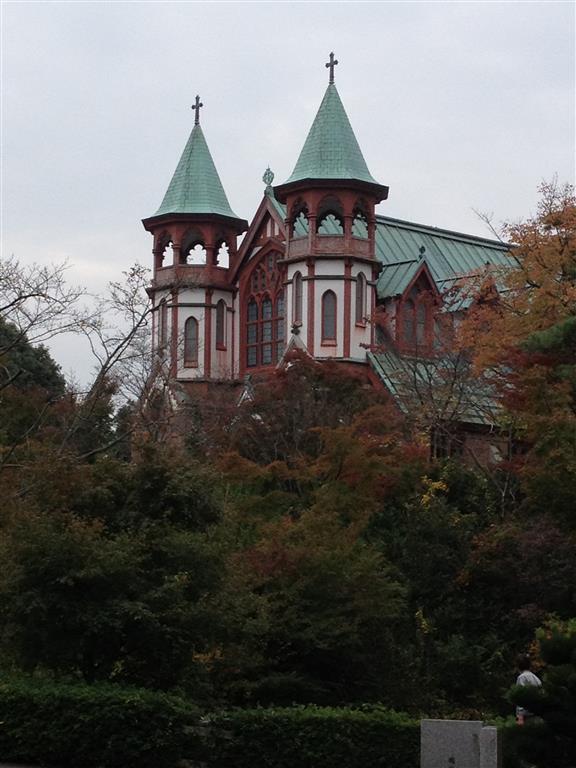 I was particularly interested in the buildings that had come from Kyoto. St. John’s Church above, once stood on Kawaramachi Street a short walk south of Gojo. This is very close to where I now live, so seeing this beautiful building really brought it home to me just how much Kyoto has lost. Originally built in 1907, it was dismantled in 1963 and reconstructed in Meiji Mura the following year. 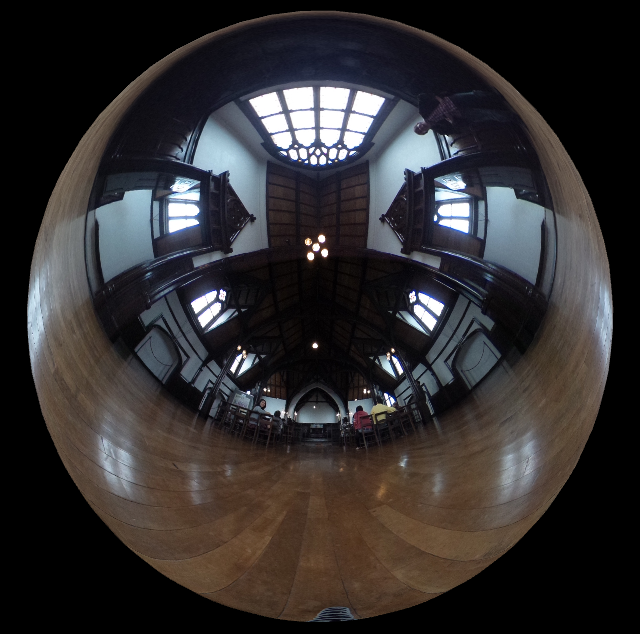 Above: a dew-drop image of the church interior. Click on it to take a look around. 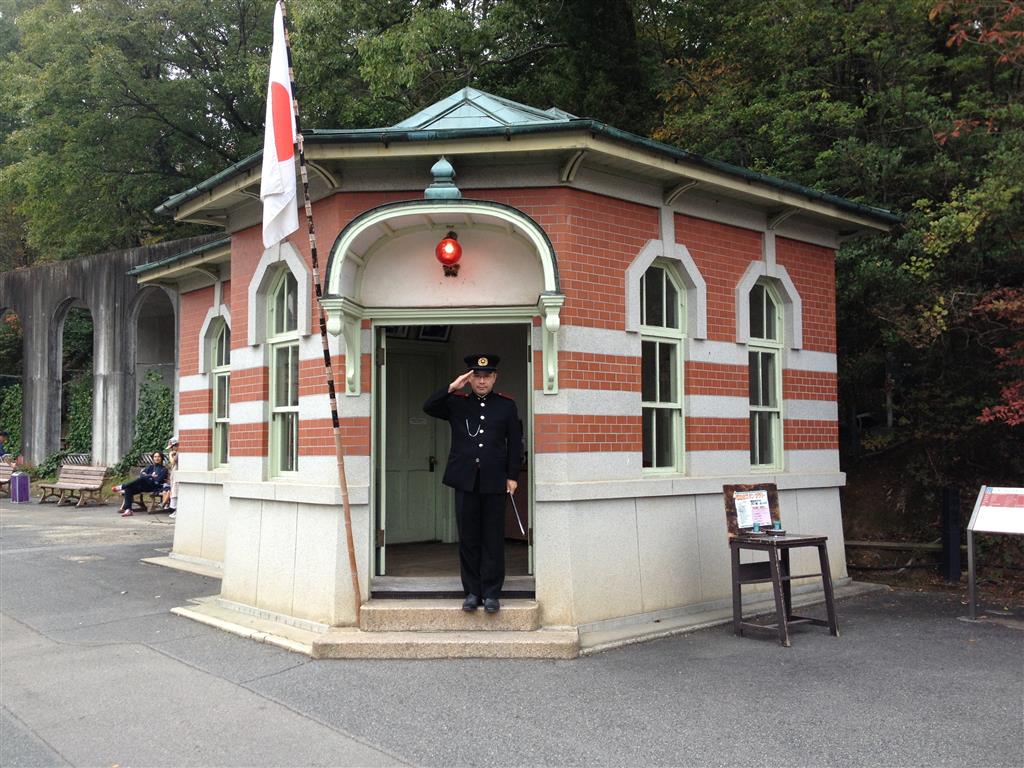 A salute to the past. This police box stood at the intersection of Inokuma Street and Shichijo in Kyoto from 1912 – 1968. 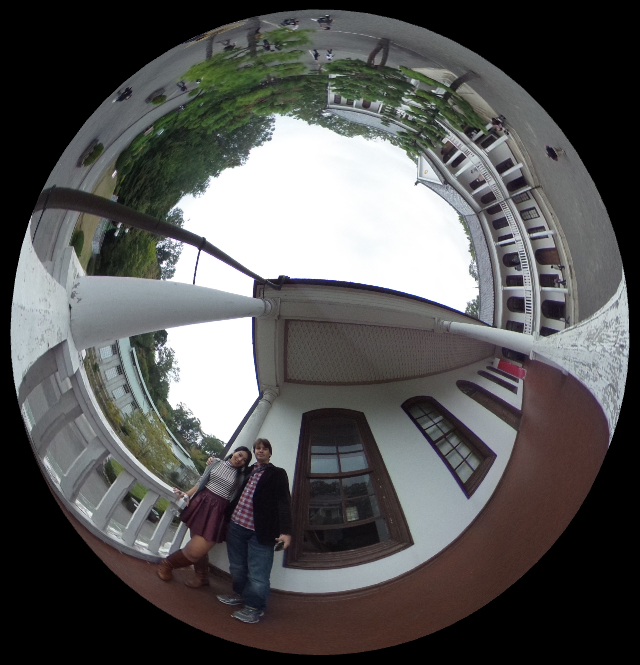 Another dew-drop – this time of the old prefectural office from Mie. This and the rest of the images from this sad yet wonderful architectural graveyard are 360 degree immersive pictures. Click them to have a look around inside. 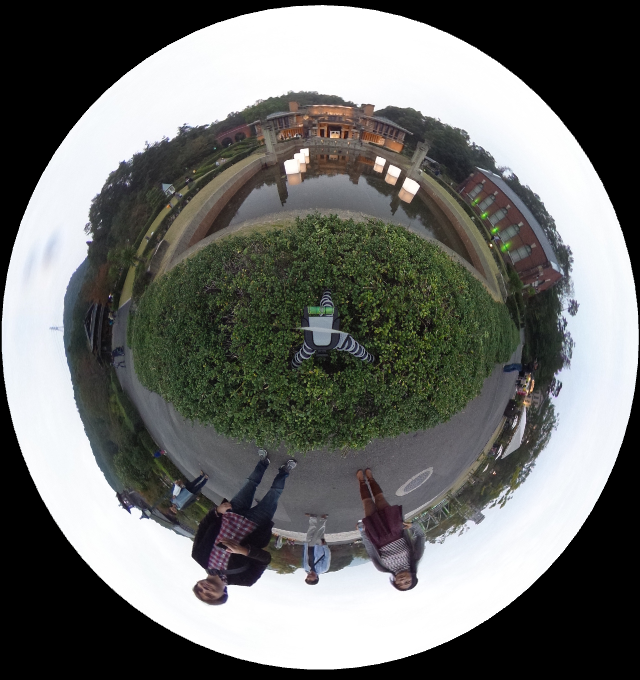 Above: a remnant of Frank Lloyd Wright’s Imperial Hotel which stood in Tokyo from 1923 to 1967. Now sadly only the main entrance and lobby remain. Walking about these buildings one feels a strange mix of emotions, both dismay at the destruction and loss of so many buildings like these, and yet also deep gratitude for Meiji Mura’s founders for having had the vision to preserve the very best. The park was begun by an architect Taniguchi Yoshirō (1904–79), and Tsuchikawa Moto (1903–74), who was then vice president and later president of Nagoya Railroad (now Meitetsu). I can’t even imagine how much money was spent on dismantling, relocating and rebuilding these grand old structures. Let’s hope that rumours of Meitetsu Railways current financial difficulties don’t impact on the continued future of this park and the architectural treasures it contains.

Meiji Mura is a short distance from Inuyama city in Aichi. A bus to Meiji Mura departs from the east exit of Inuyama Station every 30 minutes. The fare is 410 yen and the trip takes 20 minutes. Whilst in Inuyama we stayed at the Meitetsu Inuyama Hotel, which was reasonably priced and conveniently located beside Inuyama Castle and the Jokamachi preserved historical area which lies below it. Travel time to Inuyama from Kyoto ranges from 64 minutes if you splash out on a bullet train, or 2 and a half hours if you travel cheaply. You can find the train times on the Jorudan website. The Meitetsu Inuyama Hotel is a short walk from Inuyamayuen Station which is one stop from Inuyama Station proper.
You can find more information about Meiji Mura Museum here: http://www.meijimura.com/english/index.html