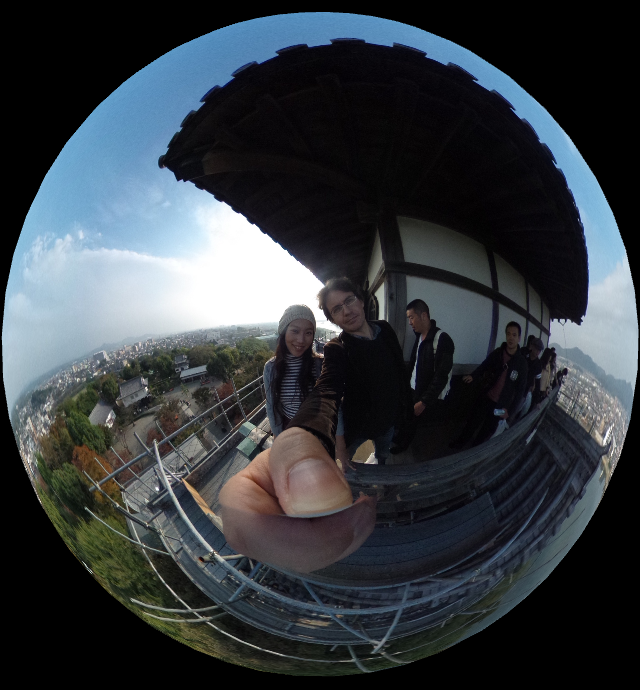 Here are some pictures from Inuyama in Aichi prefecture, which we visited last month. By clicking on the spherical images, you can explore a fully immersive 360 degree view. 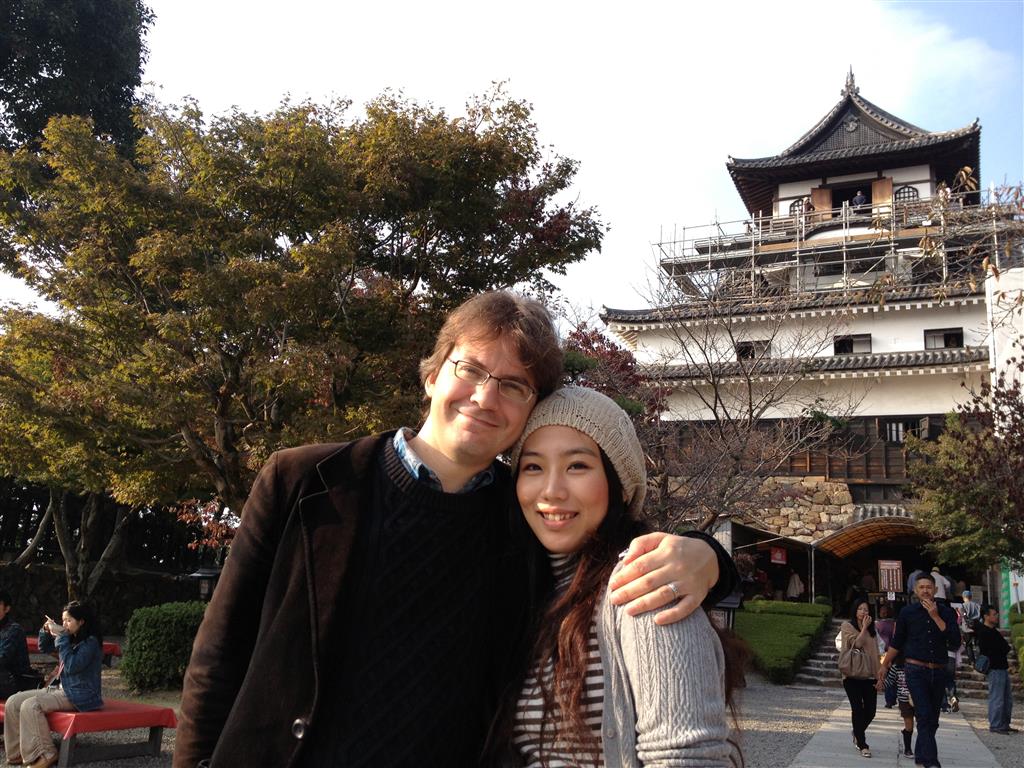 Inuyama Castle is supposed to be the oldest castle in Japan: the original fort was built in 1440, and the current structure was completed in 1537. However as you can see from the scaffolding in the picture above, it still needs a bit of maintenance from time to time. Despite the metal poles and boards though, the views from atop the castle, of the Kiso river and the surrounding mountains, were wonderful. 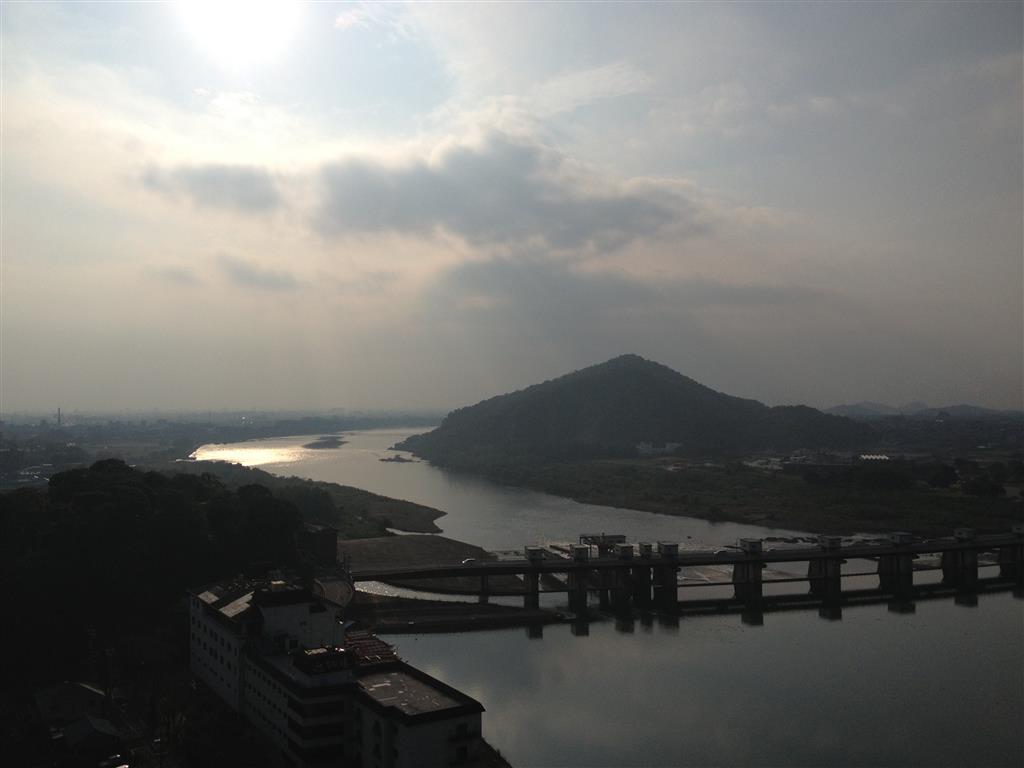 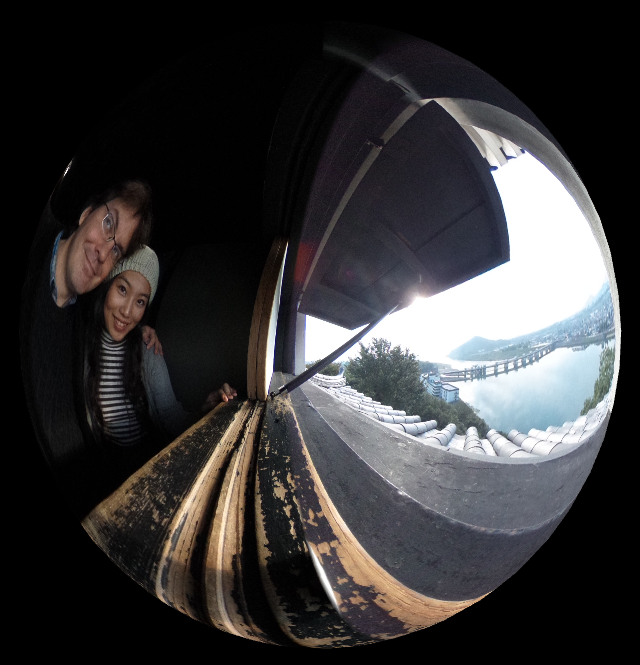 At the foot of the castle is an Inari shrine, very reminiscent of Fushimi Inari Taisha in Kyoto. It even has a short walkway of red torii gates like those that climb the mountain in Fushimi – only on a much smaller scale. Because of this, and also because the town has a preserved area of old traditional buildings, Inuyama is one of those towns that has earned the appellation “Little Kyoto”. 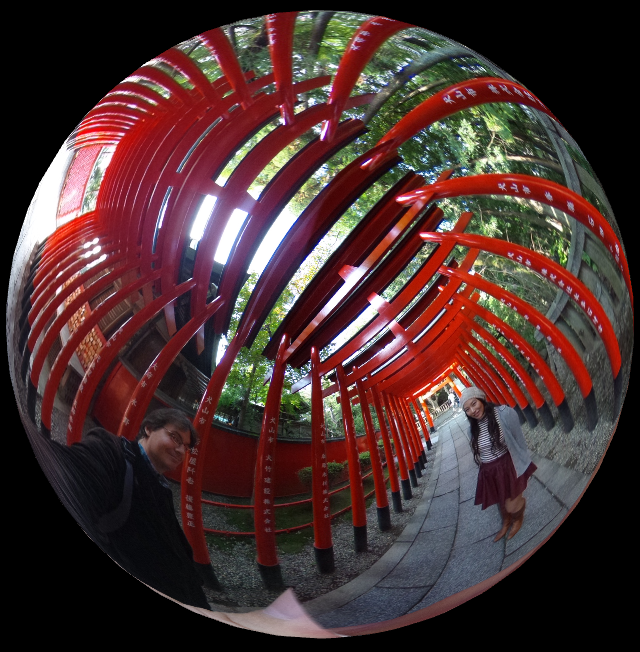 The preserved area is called Jokamachi (literally “Below Castle Town”). You can see some nice old buildings there, but not that many to be honest. Inuyama’s other claim to fame is the cormorant fishing (ukai) that takes place from May through to October. Obviously we were out-of season for that, but not too bothered as we also have ukai closer to home in Uji and Arashiyama… 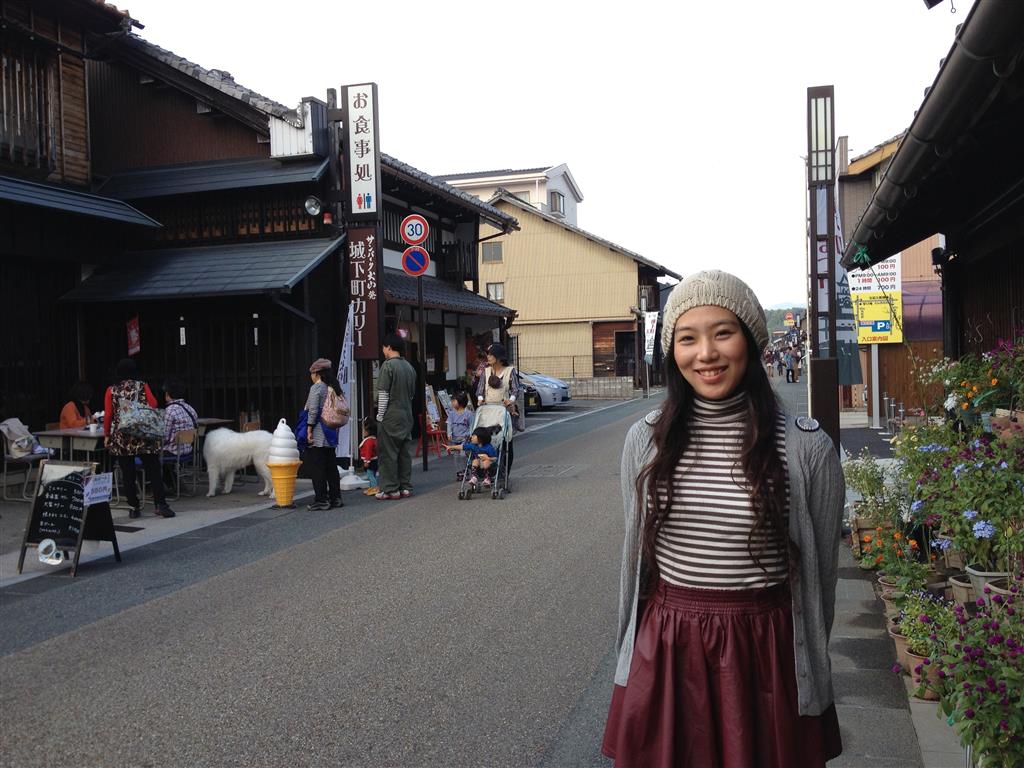 We spent a pleasant afternoon in Inuyama visiting the sites above, and in the evening enjoyed a hot spring bath at our hotel. The outdoor bath was excellent. The following day we visited the nearby architectural museum, Meiji Mura which I have written about here. To be honest, Meiji Mura was the bigger draw for us, an extraordinary place that I highly recommend you see.

While in Inuyama we stayed at the Meitetsu Inuyama Hotel, which was reasonably priced and conveniently located beside Inuyama Castle and the Jokamachi area. Within the grounds of the hotel is the Joan tea house, a designated National Treasure built in 1618 by Oda Nobunaga’s little brother, Oda Uraku. He was a tea master and student of Sen no Rikyū. This teahouse, said to be one of the finest, was actually built in Kyoto, but after several relocations finally found its home in Aichi in 1972. Why this happened I have no idea, but I imagine a teahouse is more easily portable than the schools, banks and churches that were hoiked to Meiji Mura. 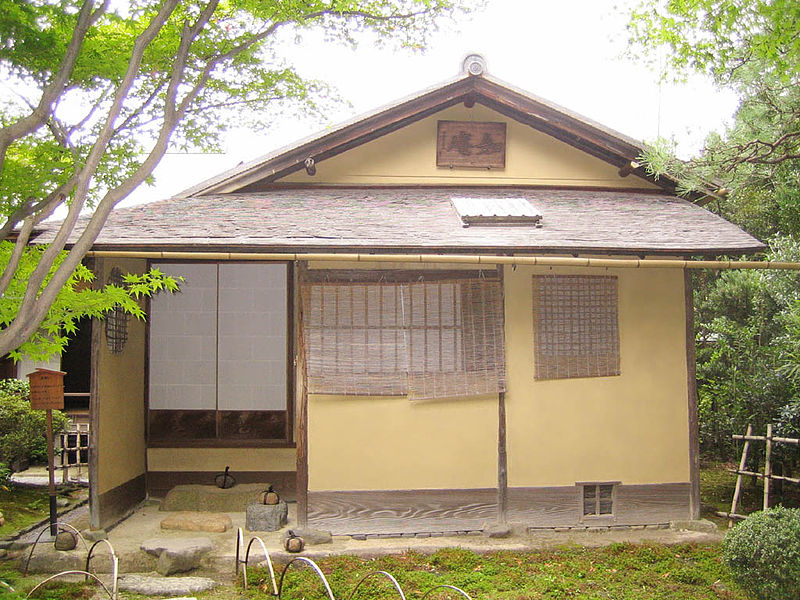 Travel time to Inuyama from Kyoto ranges from 64 minutes if you splash out on a bullet train, or 2 and a half hours if you travel cheaply. You can find the train times on the Jorudan website. The Meitetsu Inuyama Hotel is a short walk from Inuyamayuen Station which is one stop from Inuyama Station proper.
See also: A Trip into the Past at Meiji Mura