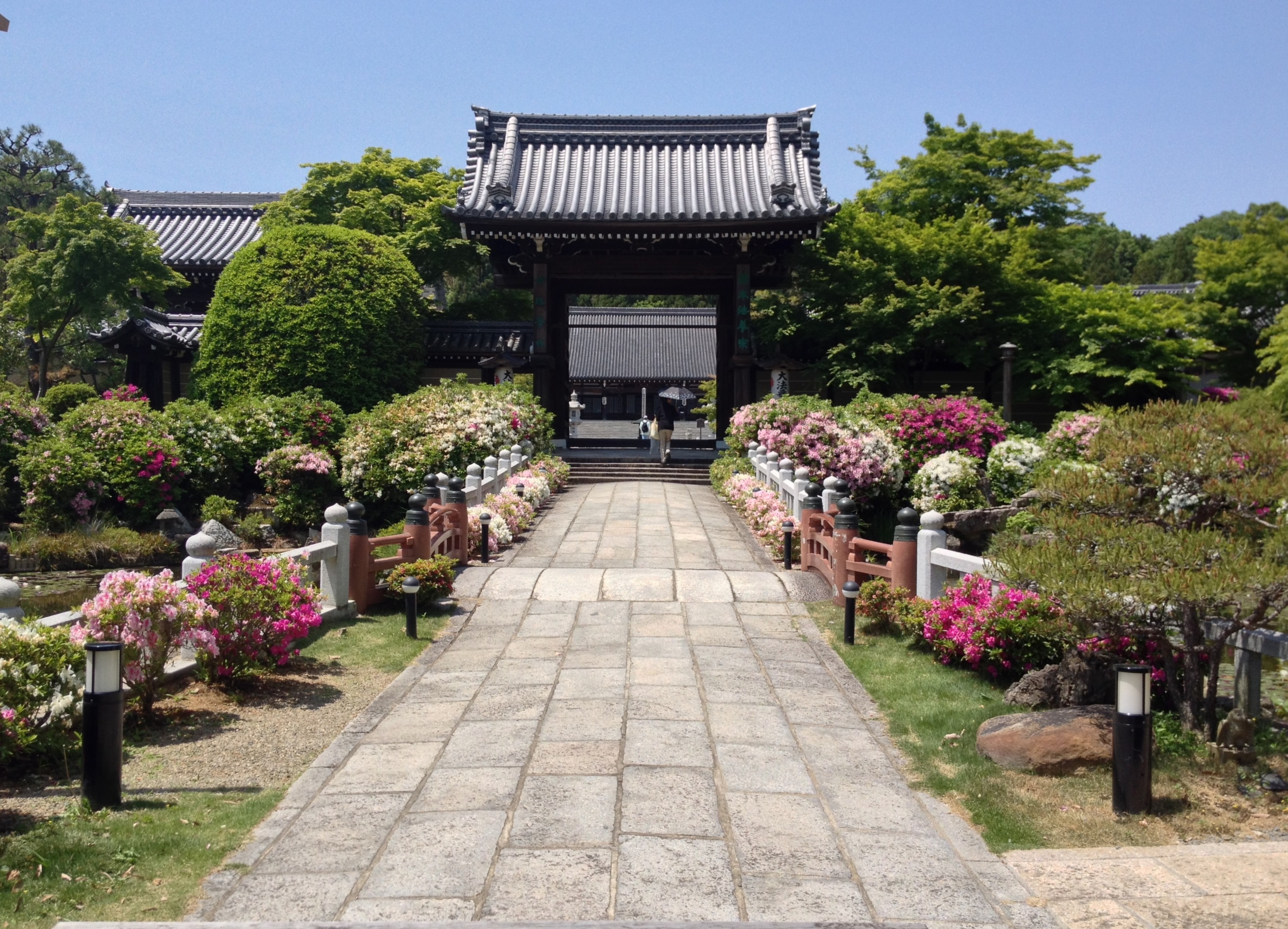 Azaleas, (called very prettily tsutsuji in Japanese), are blooming all over Kyoto right now, but we won’t be able to enjoy them for much longer.  If you get a chance I recommend going to see the display of azaleas at the entrance to Myomanji in northern Kyoto. Here are some pictures I took there last year. 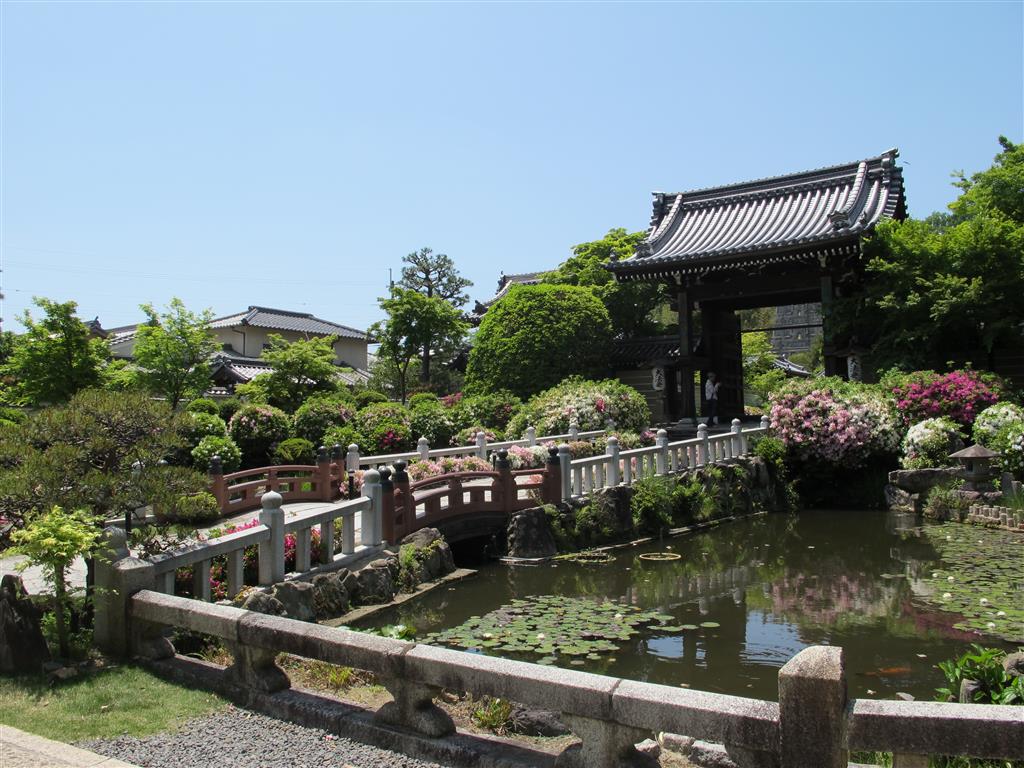 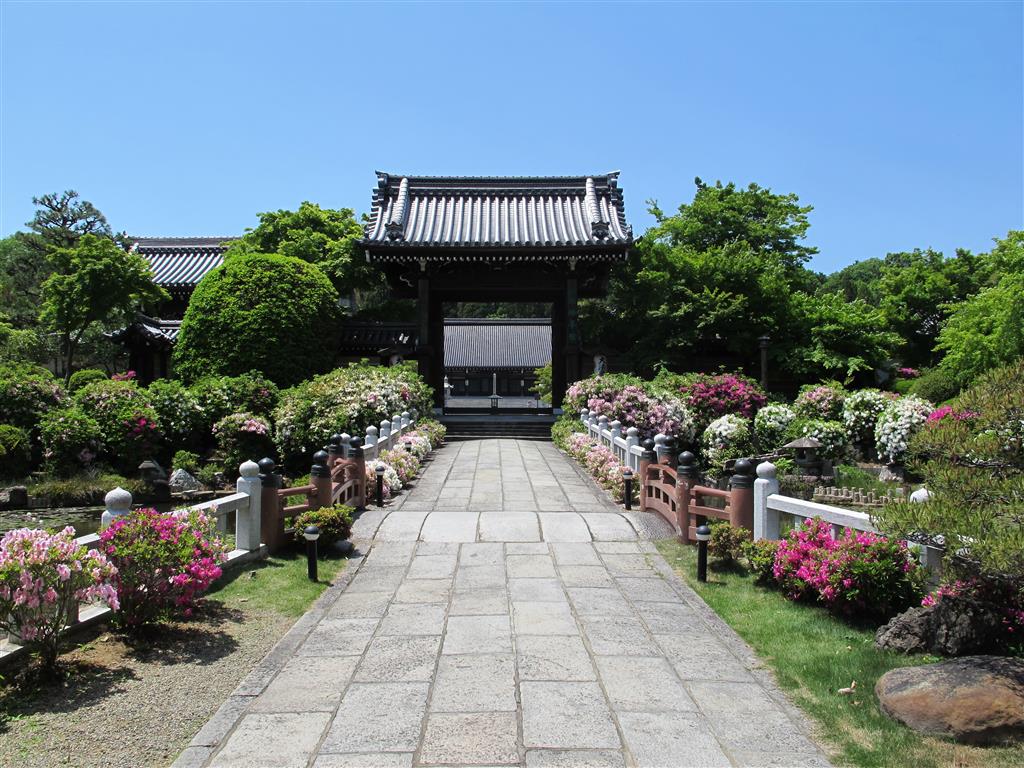 The grounds here are quiet and pleasant but the most striking thing about them is the Busshari Daito – a great concrete tower modeled after the  Bodh Gaya in India. 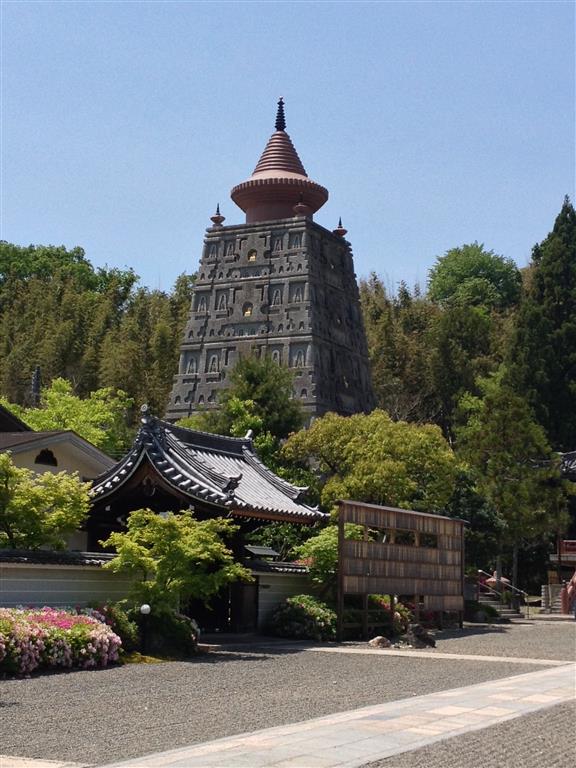 Here are some more pictures from around the grounds. 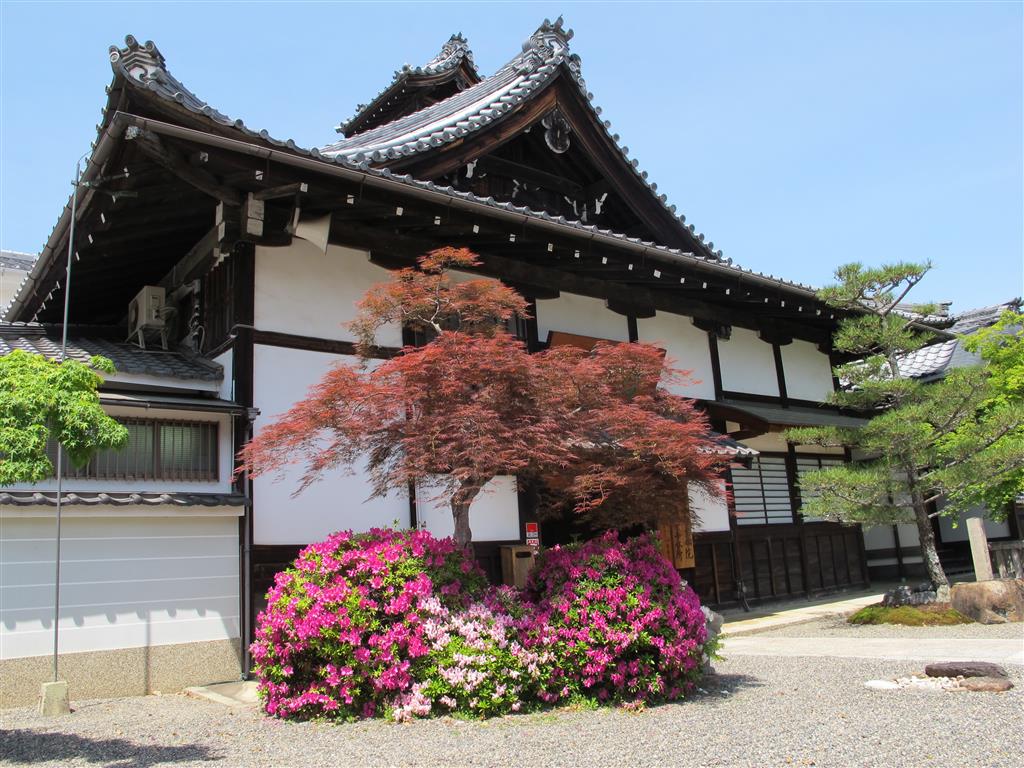 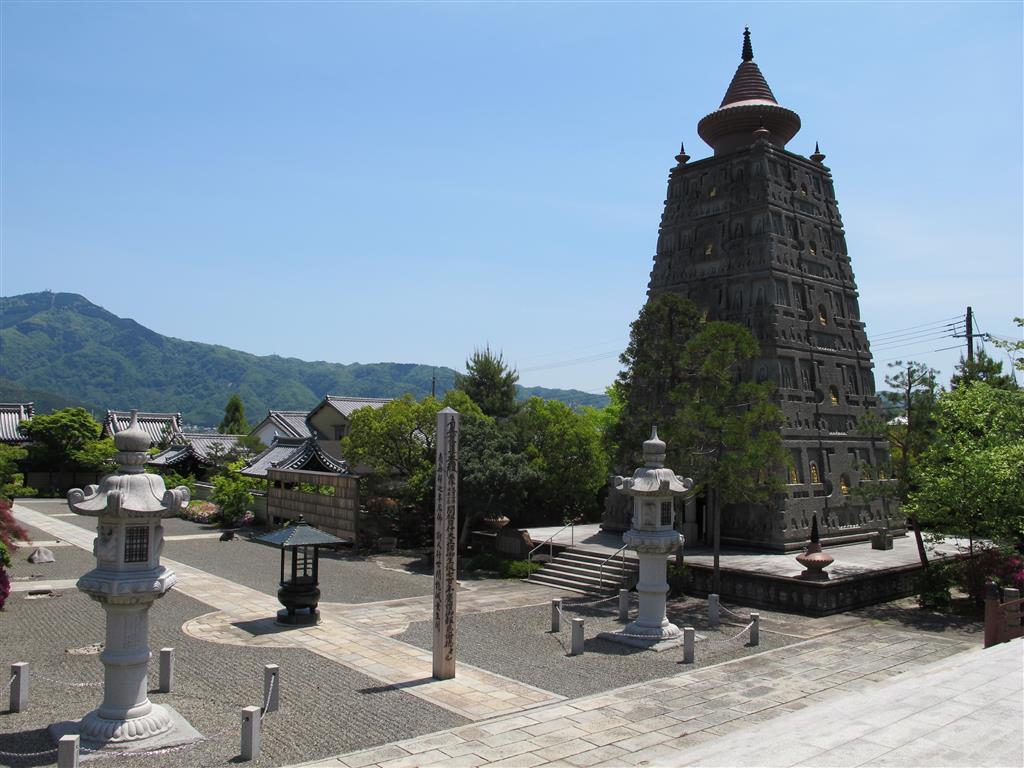 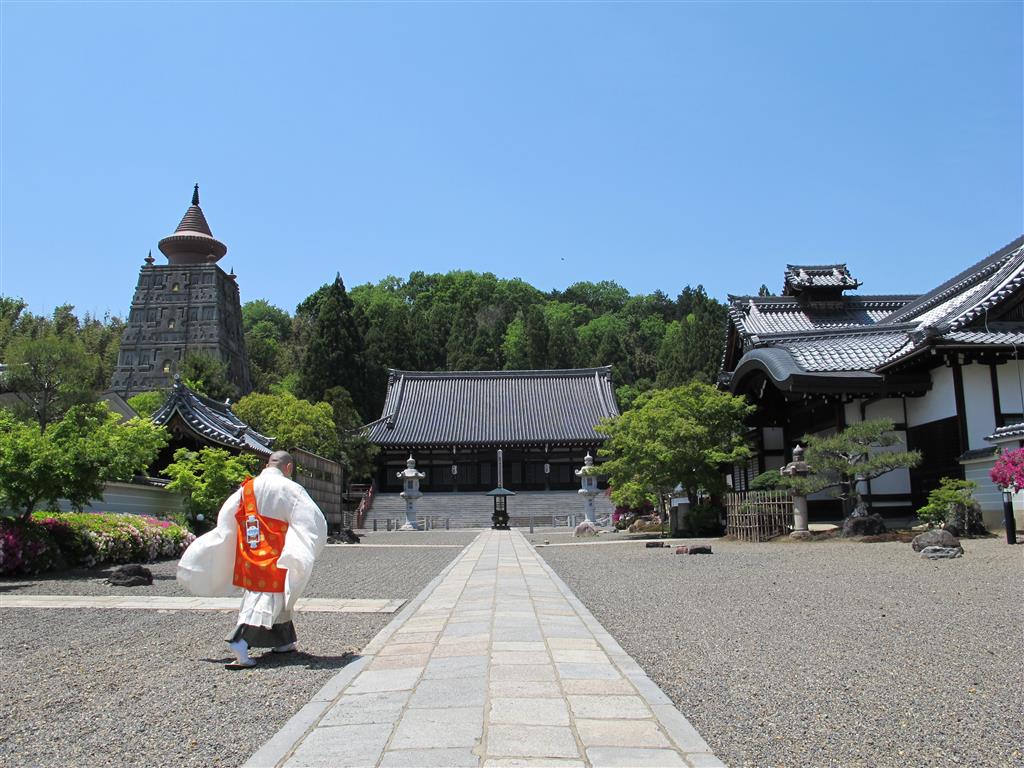 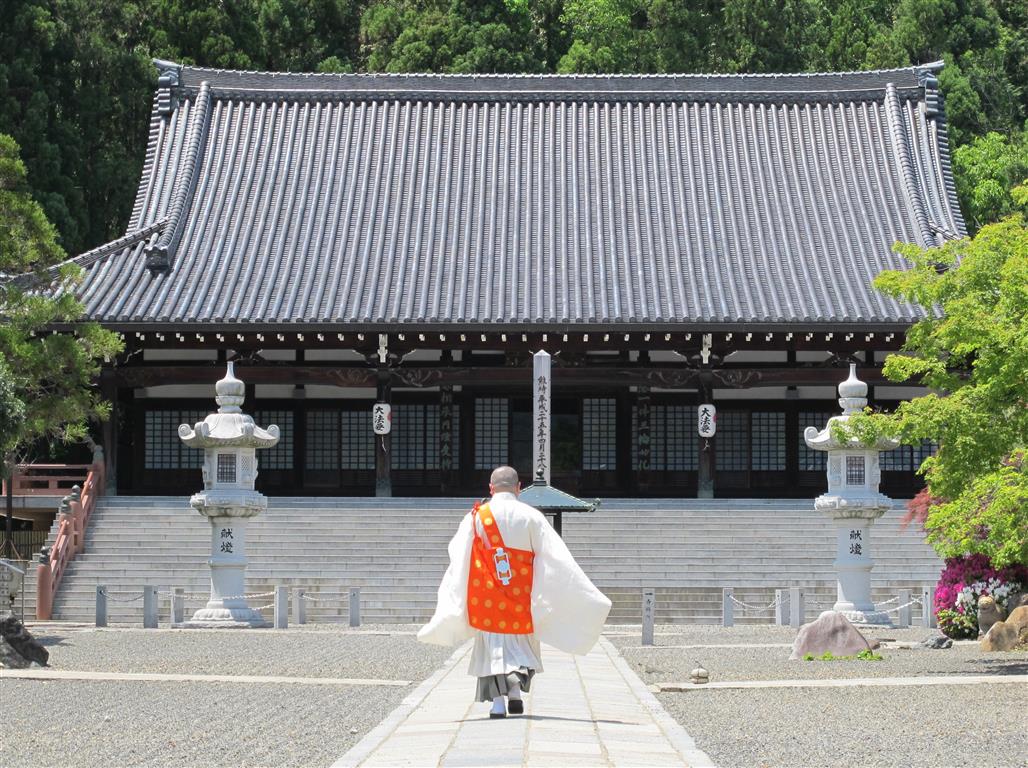 This temple belongs to the Nichiren sect of Buddhism, and was originally built in 1383. Formerly it stood at Teramachi Nijo but was moved to its present location in 1968 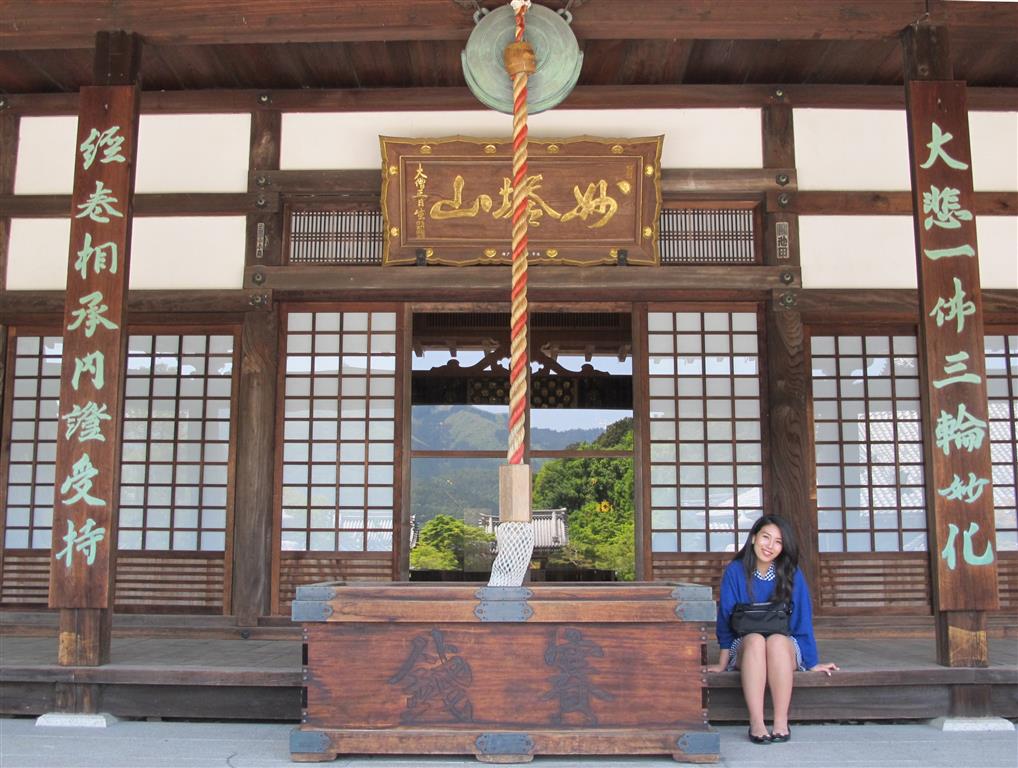 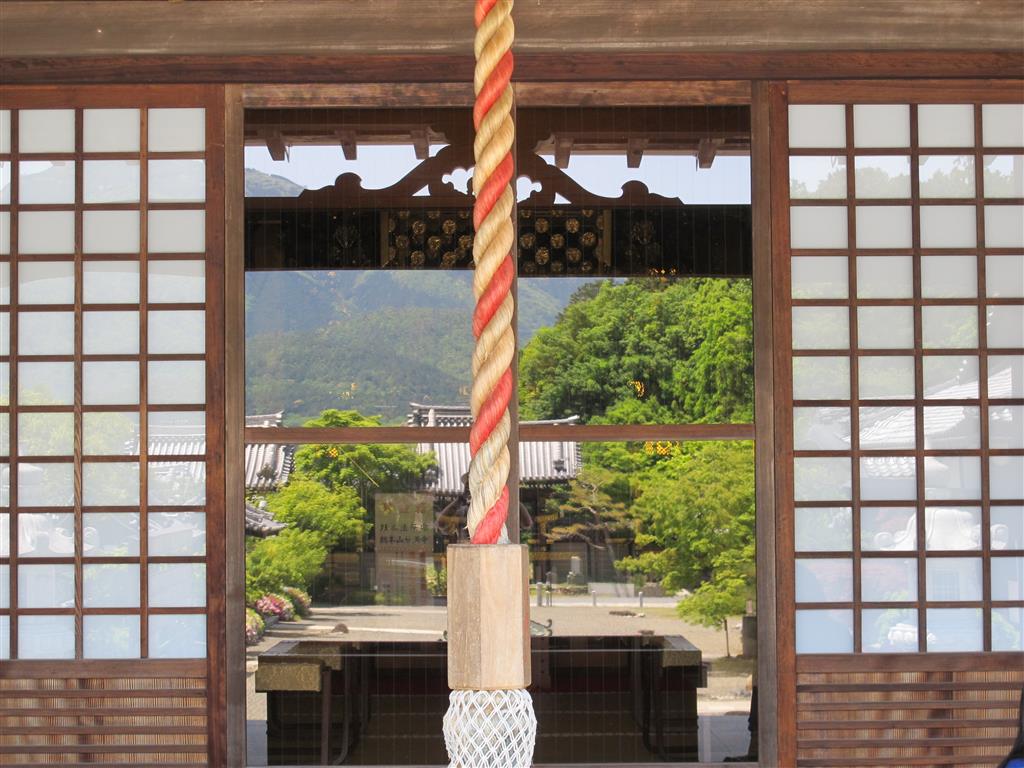 The grounds are free to enter, but there is a fee (300 yen) to visit the main buildings and the inner garden. The garden is called Yuki-no-niwa, or snow garden, so I imagine it must look spectacular in winter. However, it looked very fine when dressed in spring green too. The viewing room is a good spot to rest and be at peace. 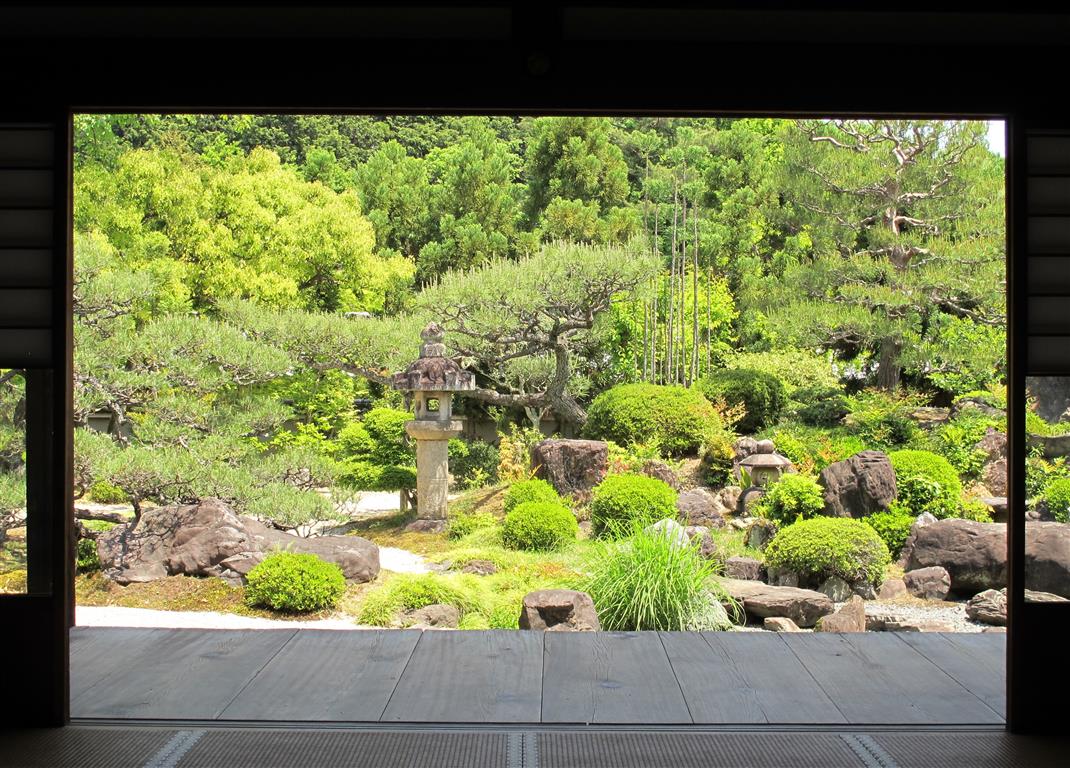 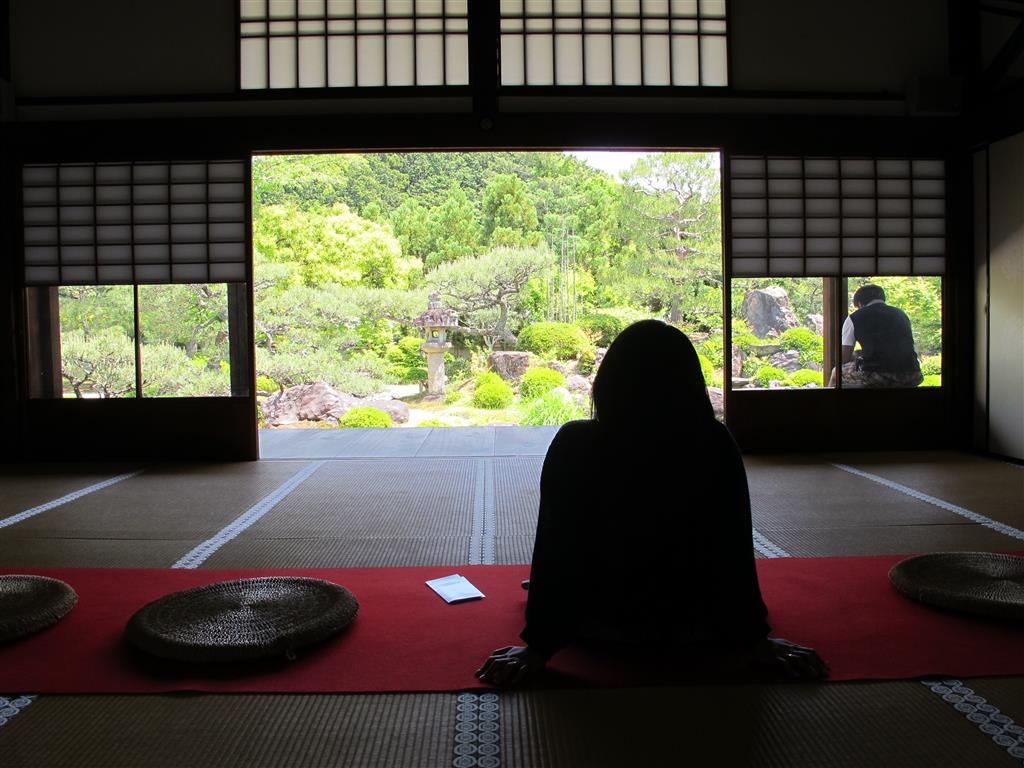 There is also a small museum room in the temple which houses a bell of legendary ill-repute, known as Anchin Kiyohime no Kane. The story goes that sometime in the 9th century, a monk named Anchin was travelling through Wakayama on a pilgrimage. One night he stayed at an inn on the way, and had a liaison with the inn-keeper’s daughter, Kiyohime. Anchin promised the girl he would return, but his promises were false and the scorned maid, consumed by anger, was transformed into a giant snake. She pursued Anchin to a temple where he hid himself under a bell – but to no avail! The giant serpent wound itself about the bell and then created a scorching heat that burned Anchin alive. The serpent then threw herself in a river and died also… From then on the bell was associated with disaster and misfortune whenever it was rung… In 1585 it was brought to Kyoto, and since then the monks of Myoman-ji hold a ceremony each year to bring peace to the souls of Anchin and Kiyohime… This is apparently quite a well-known tale, and has been the inspiration of both Noh dramas and Kyogen comedies. Terrible behaviour for a monk though, eh?

Myoman-ji (妙満寺) is a five minute walk from Kino station on the Eiden line. This is the tenth stop and takes about 15 minutes when going north from Demachiyanagi. Here is a MAP. Check Jorudan for train times. 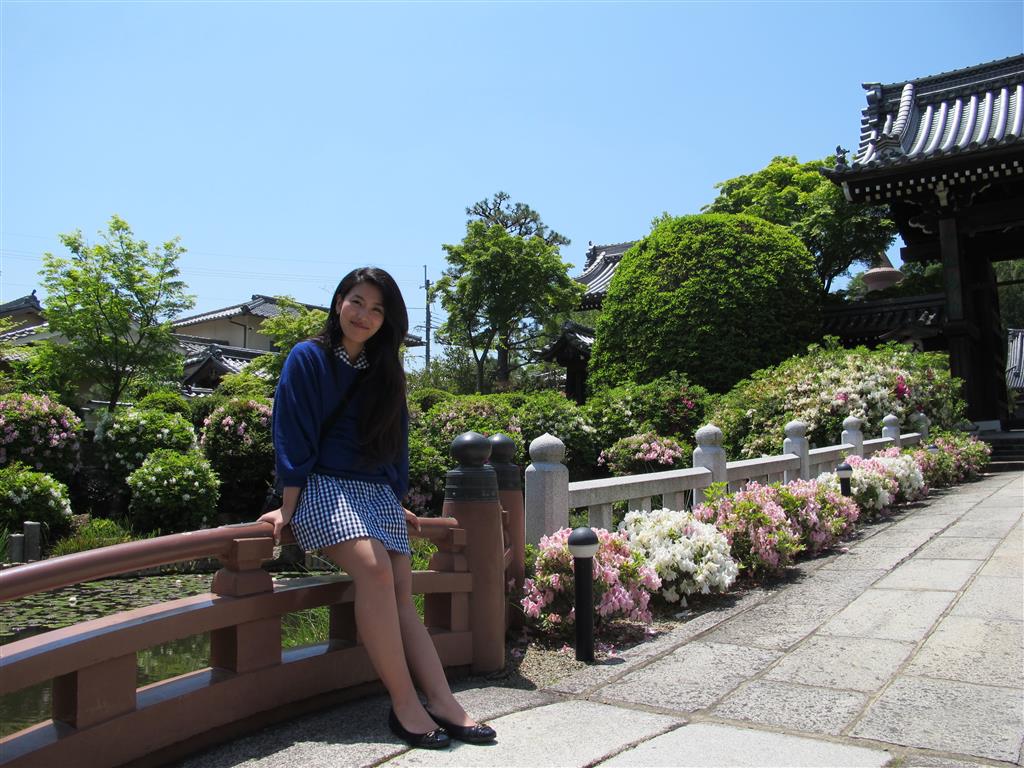