I was at a party last night and woke up today feeling very hungover. So much so that I was totally going to bail out of attending today’s rally and demo against the American military’s *occupation* of Okinawa. However, after reading Jeffrey Friedl’s comments on the last Okinawan post, I pretty much felt like I had to go – if only to wind him up a little bit more. So thanks for that Jeffrey, I met some really nice people there and had a really good time. Shame you couldn’t make it. 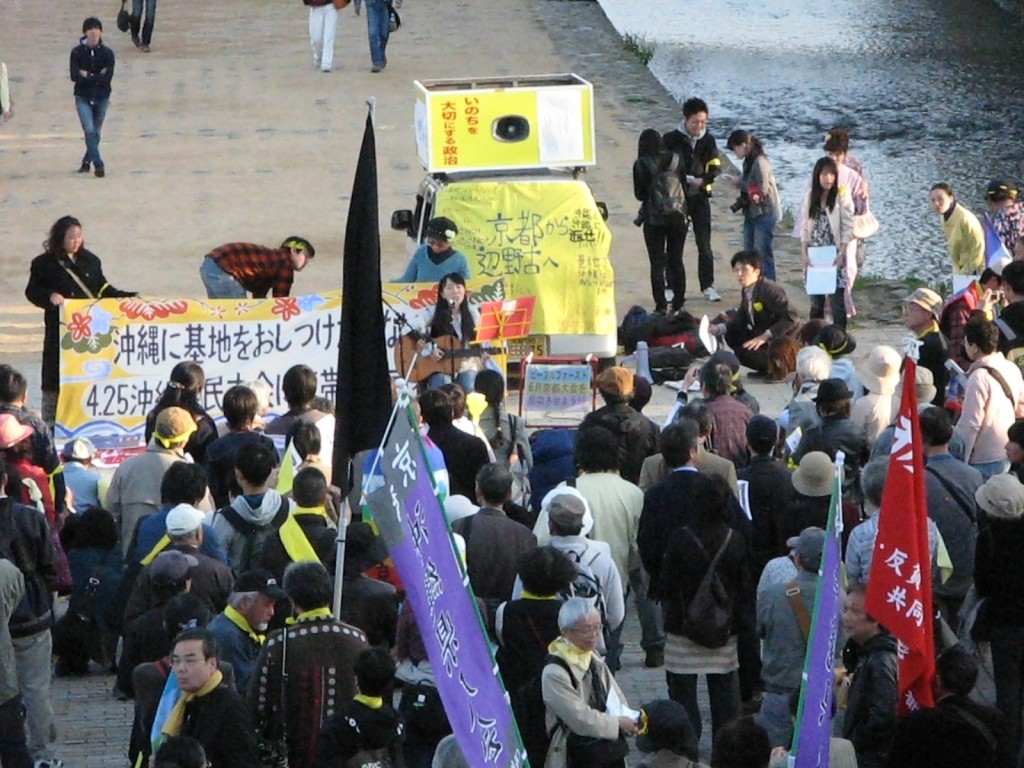 Attendance was pretty good. Over 300 people came which is not bad for Kyoto. 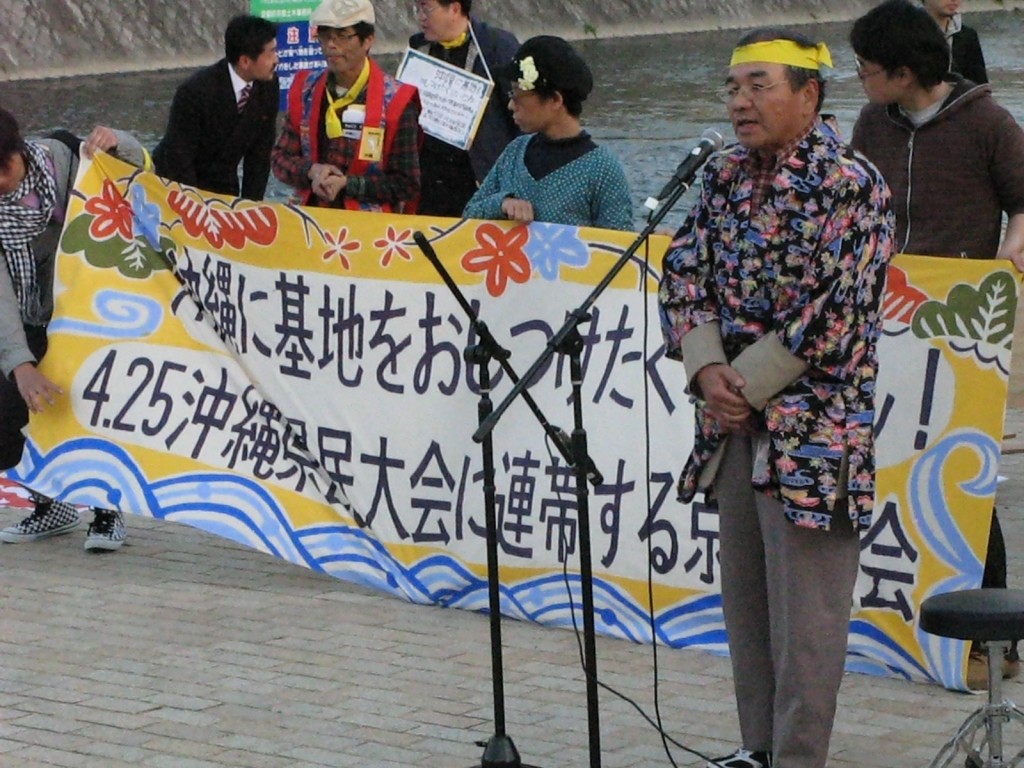 There were simultaneous protests in Honolulu, Washington D.C., and Tokyo in solidarity with the 90,000 people who rallied in Okinawa itself. Here in Kyoto, in addition to speeches we were entertained with Okinawan music and dance. 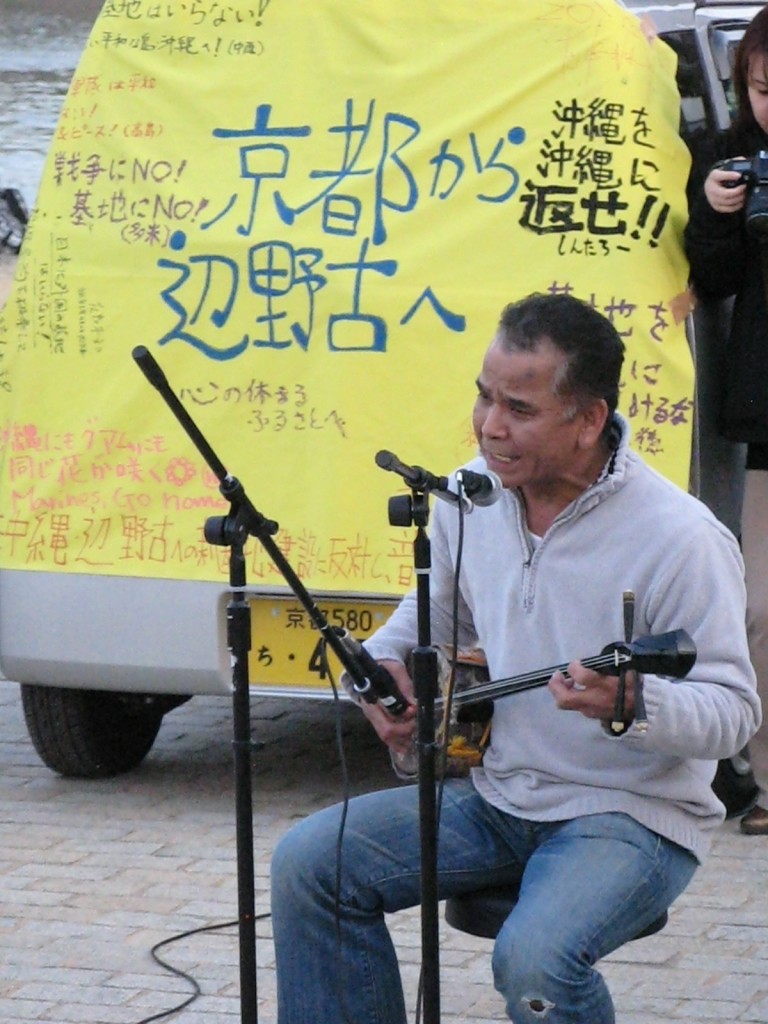 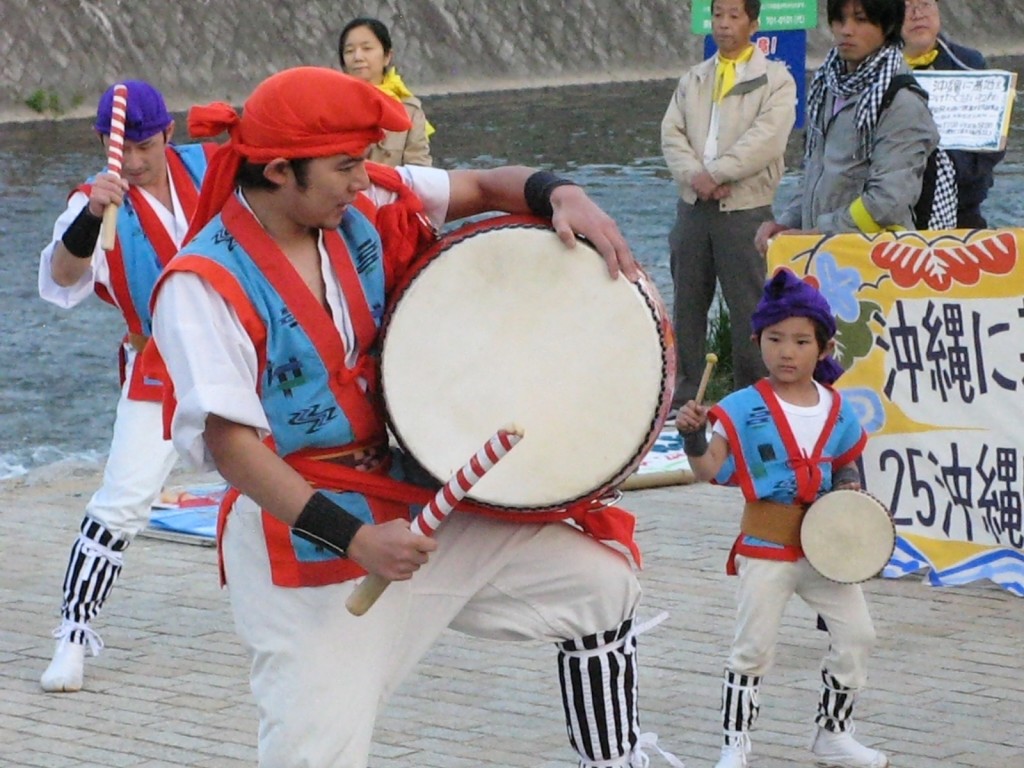 In this the UN’s officially designated year of Biodiversity, the US military are planning on building a new base in Henoko bay, currently a marine haven for the endangered Dugong, the sea turtle, and several endangered species of coral. Now that doesn’t seem right, does it? 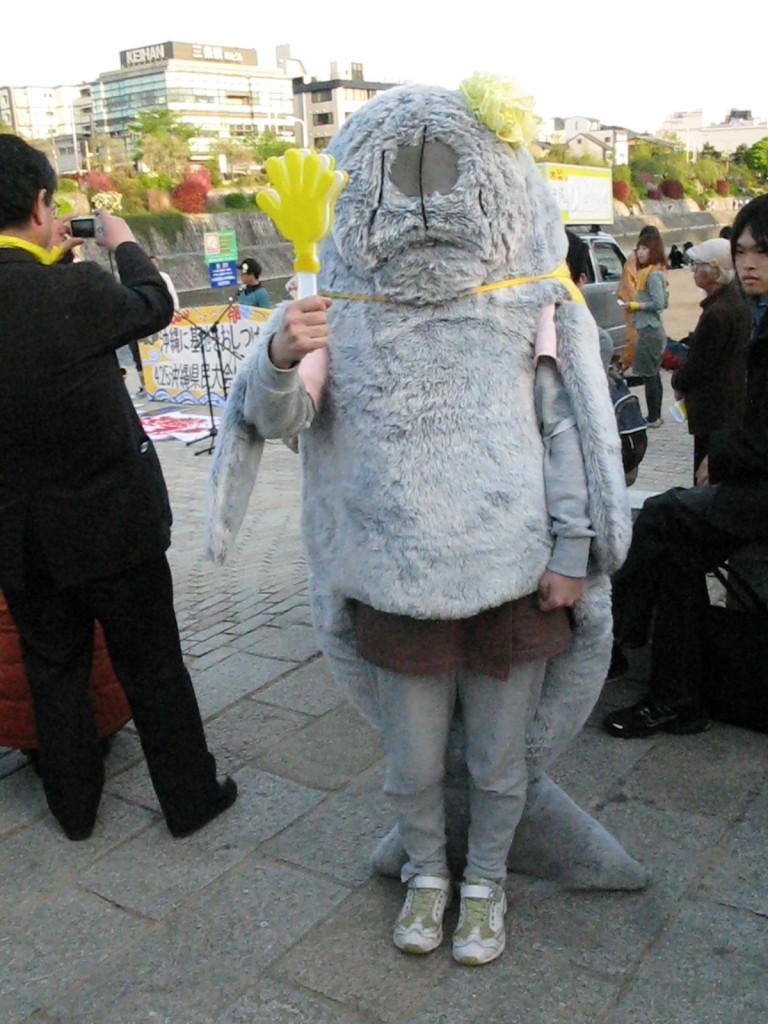 Jen Teeter of 10,000 Things and her husband Taka were there and spoke on behalf of US for Okinawa. 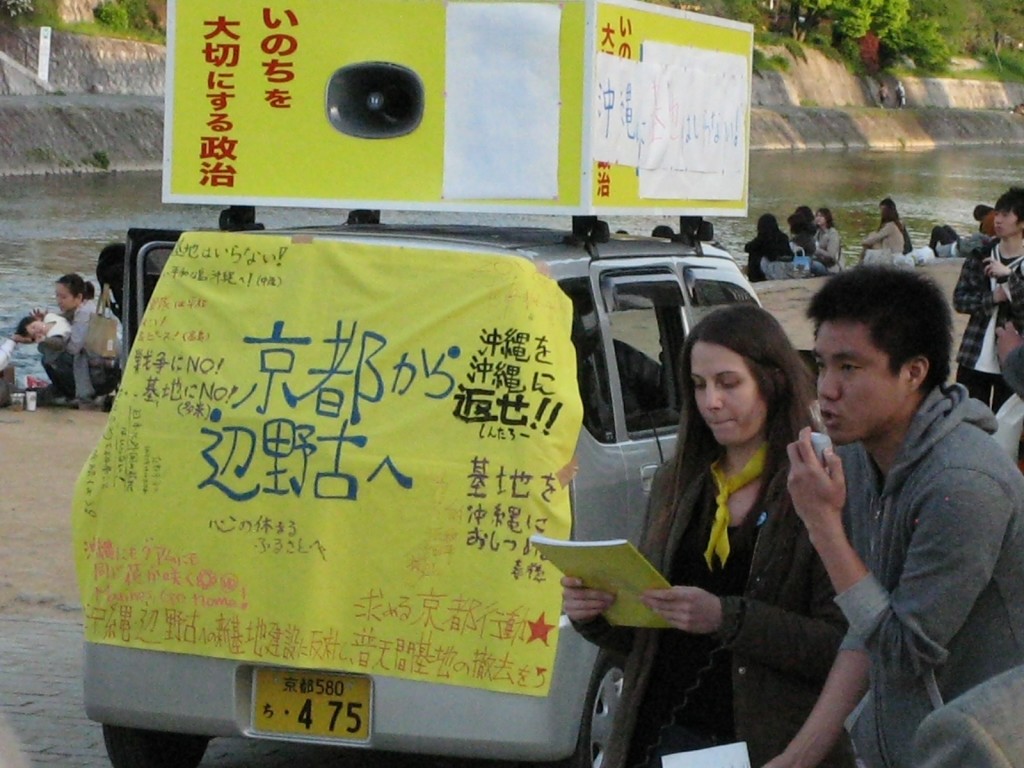 After the rally, protesters marched, danced and sang their way down Kawaramachi and along Shijo towards Maruyama Park. 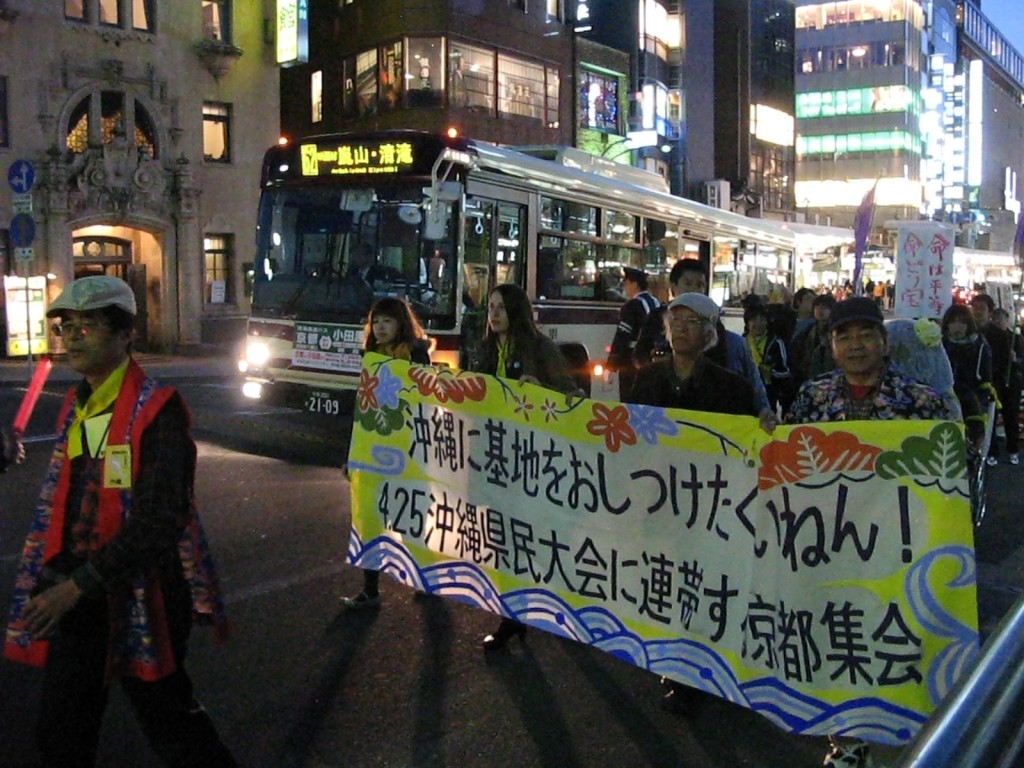 The Japanese have a reputation for being rather apathetic about politics, so it’s good to see people making a racket on the streets about issues they care about. Now it’s up to Prime Minister Hatoyama to make good on his election promises and listen to what the Okinawan people are saying. 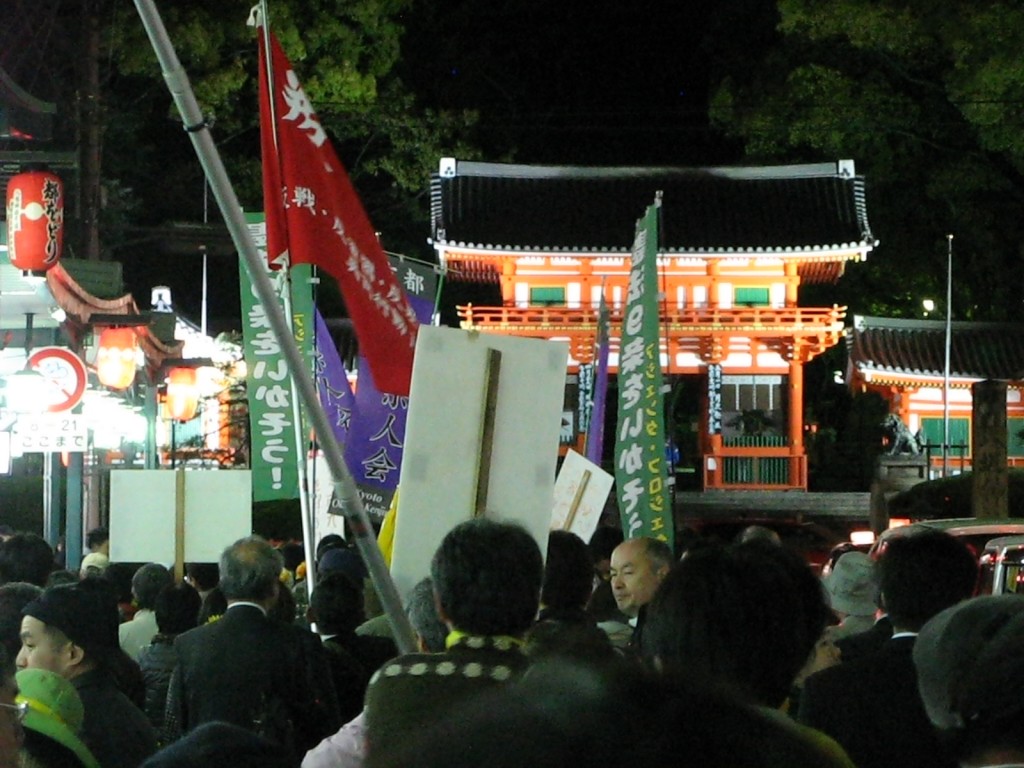 To find out more about the situation in Okinawa try these websites: