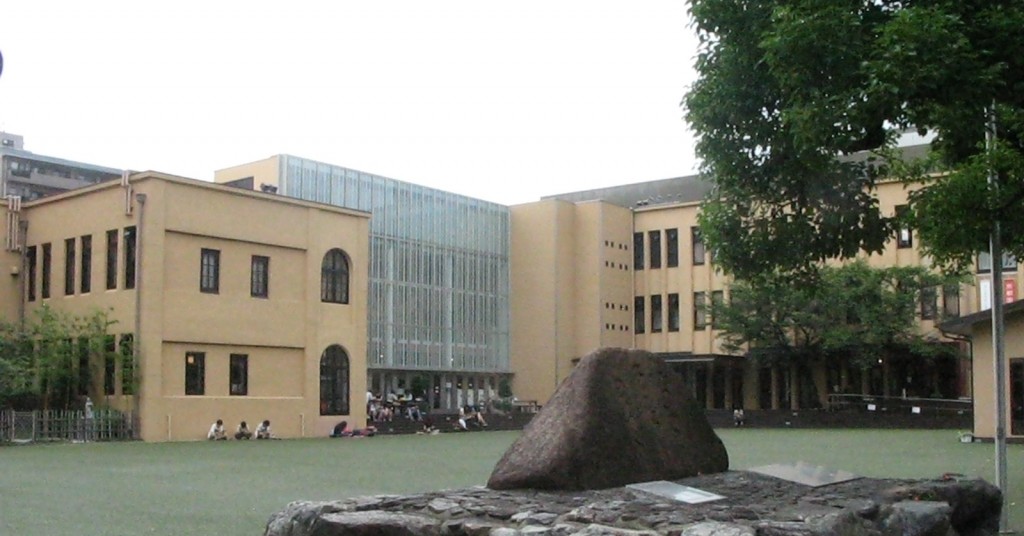 I’m a big fan of Kyoto International Manga Museum. Jointly administered by Seika University and the city of Kyoto,  it is clear that a lot of  consideration went into its layout and design. Here are some things to love about the museum:

*They have a massive manga collection you can browse and read at your leisure. And if your Japanese isn’t up to scratch, they have Japanese manga that have been translated into various foreign languages and some foreign comic books too. There are also lots of quiet spots in which to sit and read both inside and outside the building.

*There’s a lovely children’s library. In the middle of the floor is a kind of well with soft flooring that the kids can sprawl around in while they read. It’s just the sort of thing kids love to sit in. Clearly whoever designed it knew how a child’s mind works. I remember being quite moved when I first saw all the little chisellers lounging comfortably with their noses buried in their books…

*They have regular 紙芝居 (kamishibai) performances which continue throughout the day. Kamishibai is an old form of storytelling using illustrations in a wooden frame. There aren’t so many opportunities to see kamishibai performances these days, so the museum is doing a great service by preserving this cultural tradition.  And it’s fun too! I was surprised how much I enjoyed it when I went.

*The museum founders show a respect for the history and traditions of the building which dates from 1896. Formerly the site of the Tatsuike primary school, which closed in 1995 due to diminishing attendance,  the museum has preserved many rooms to keep the memory of the school alive and continue its role as a center of learning. It is haunting to wander the old school halls and think about the generations of children who received an education there.

*There are several permanent exhibits, but also special exhibitions and events featuring manga artists and authors from Japan and abroad. On the walls of the museum cafe you can see the signatures and sketches of some of the famous names who have visited. The museum also hosts cosplay events from time-to-time.

*It is foreigner-friendly.  The museum is unusual in Japan in that almost all the exhibits include multi-lingual explanations including English as well as Japanese. They also have a spiffy English language website which is worth checking out: http://www.kyotomm.jp/english/

*Also worthy of note are the manga workshops, the permanent exhibit of 100 maiko sketches and the portrait corner where you can sit for your very own portrait! 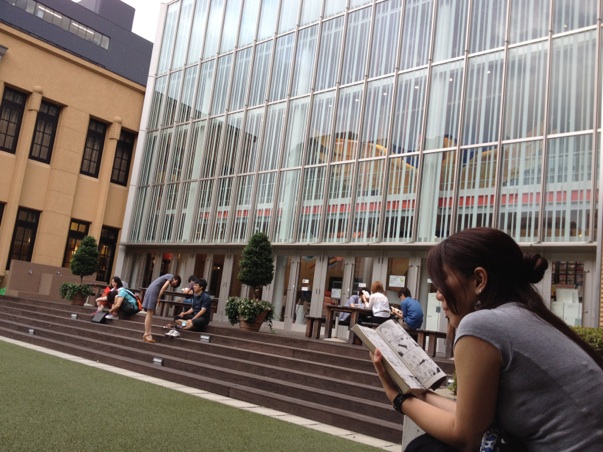 If I have one criticism of the museum, it is that the lovely big space they have at the front of the old school building has been given over to a fake vinyl lawn. How much nicer it would be if they had planted some real turf so we could laze around on the grass when the weather is fine… I have to admit, I was very disappointed when I realized the grass was not real!

Opening hours: 10:00 a.m. ~ 6:00 p.m. (Last entry: 5:30 p.m.)
Open daily except Wednesdays (or the following Thursday if the Wednesday is a public holiday)
The museum closes at year-end and for the New Year holidays. Check the museum schedule for details. 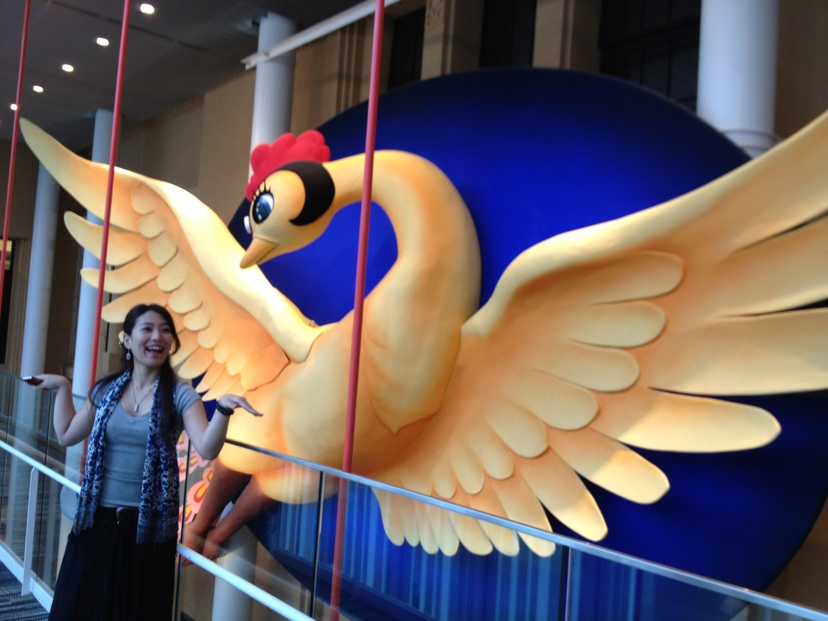 Location:
The museum is located on the west side of Karasuma just north of Oike. It is easily accessible from Karasuma Oike station on the Karasuma and Tōzai Lines of the Kyoto Municipal Subway. Karasuma Oike is the closest bus stop. You can find a map and further detailed directions here.