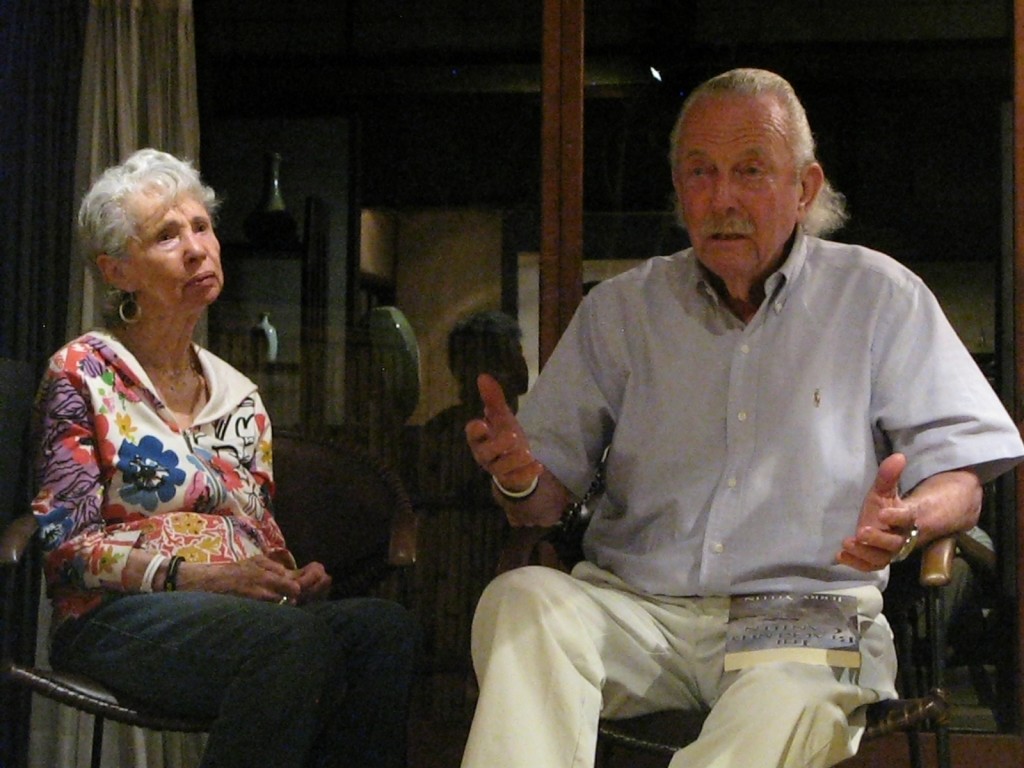 Two days before TEDxKyoto I attended an informal gathering at Robert Yellin’s gallery, to listen to his father, Jerry, talk about his experiences both in war and peace. Jerry, now in his late eighties, was a P51-Mustang fighter pilot in World War II, so this was a rare opportunity to connect with someone from that era, and frankly his story affected me far more than anything I heard at the TED event. Many thanks to Robert for inviting me. It was a privilege.

Jerry talked about the “purity of purpose” that he had had as a young man and how that led him into the war. He talked about some of the terrible things he had seen and the friends he had lost, and how for 30 years following the war, that purity of purpose was lost, and he felt that he himself was lost. It was only in the ’70s, when he took up Transcendental Meditation with his wife Helene, that he felt like he got his life back. Later in the ’80s, he visited Japan on business and discovered the common humanity in a people he had previously regarded simply as the enemy. It was during that trip that his wife Helene, suggested that their son Robert might enjoy a trip to Japan. They offered him that trip and as we now know, Robert made his life and raised a family here. Jerry tells a moving story of how he bonded (in a bath house!) with Robert’s Japanese father-in-law and of how after Robert had children, Jerry had a terrible nightmare that his Japanese grandchildren and American grandchildren went to war with each other. Now Jerry devotes his life to the cause of peace and to bringing peace to traumatized war veterans through the meditation techniques he espouses in the Operation Warrior Wellness program. He is a good man, and a kind man and I cannot do his story justice with this short summary, so I encourage you to visit his site and watch the videos he has there recounting his experiences. Here is a shorter video wherein he explains his commitment to helping veterans overcome their problems by means of transcendental meditation.

Jerry is also the author of four books:
Of War & Weddings; A Legacy of Two Fathers