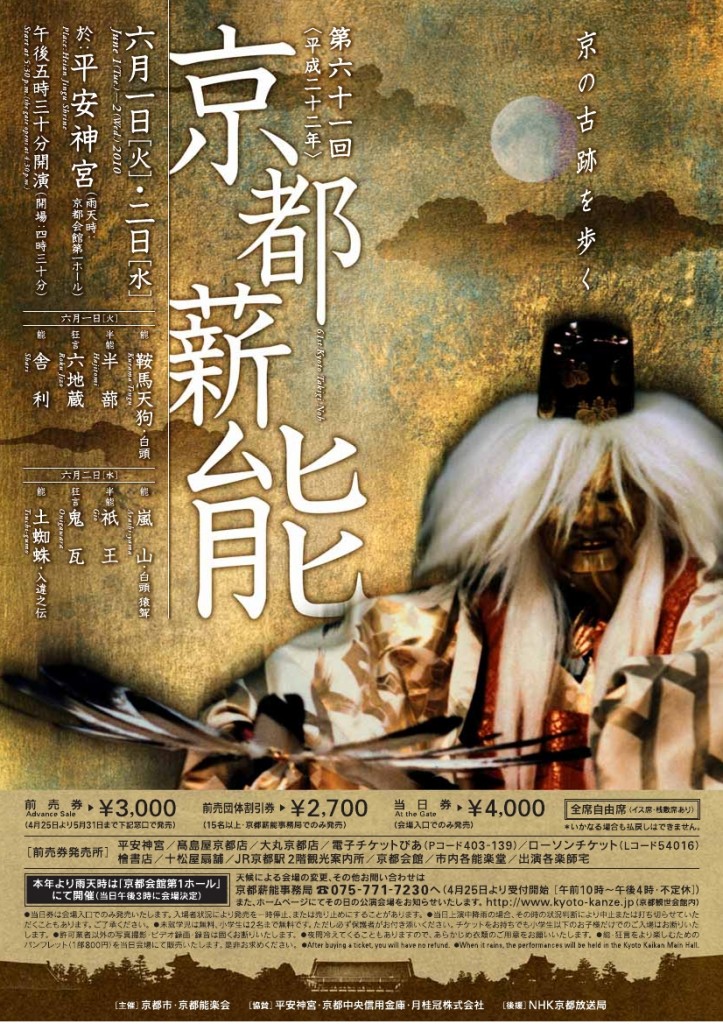 Text by John Dougill. John Dougill is professor of British Studies at Kyoto’s Ryukoku University and the author of Kyoto: A Cultural History, In Search of the Hidden Christians, and Japan’s World Heritage Sites. He is also a contributor to our book, Deep Kyoto: Walks.

See also: Japanese Noh Theatre
the能.com probably has pretty much everything you need to get started with Noh drama…