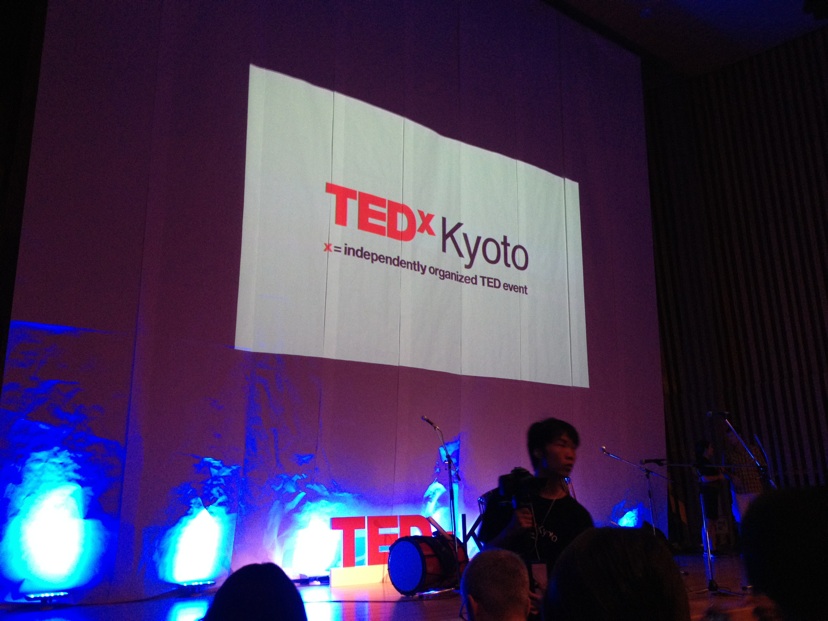 Congratulations to Jay Klaphake and his team for successfully organizing the very first TEDxKyoto last Sunday! I attended this event with a good deal of curiosity. I have never attended a TED event before. However, having seen a number of inspiring talks online from the main TED event, my expectations were naturally set high. How would TEDxKyoto match up?

Naturally, there were both high points and some low points too. A number of presentations impressed me so much that I was EXTREMELY glad to have attended and overall, I think the event was a worthwhile venture. I’ll be interested to see how it develops over the coming years, for they clearly plan to continue it.

High points:
I don’t know when they’ll have videos of the event up online, but when they do here are the speakers you should look out for.

Shinya Senmatsu – Deer hunter.
I don’t eat meat myself but this gentleman had a purity of purpose that I could respect. He talked about his experiences as a volunteer in East Timor and the disillusionment he felt then for modern society and its money-based economy. Rejecting this world and determined to be self-sufficient and self-reliant, he took to living the traditional life of the hunter. In support of his lifestyle he offered the following very valid point. Japanese deer having no natural predators (the last wolf died in 1905) have become a pest and must necessarily be culled. The numbers culled are roughly equivalent to those hunted, however, all that culled meat is simply treated as garbage and burnt. Isn’t this a waste of a precious natural resource? Certainly, I believe a diet based on nature’s bounty must be healthier than eating the meat from factory farmed cattle pumped full of drugs and anti-biotics, and force fed grain or worse even than that, force fed same species meat.

Tomas Mach – Violinist
There were a number of musical acts during the course of the event, but violinist, Tomas Mach gave an incomparable performance. The short speech he gave before playing was profound. The music touched me deeply. Watch the video when it goes up, and if you ever get the chance to see him play live, grab it.

Jeffrey Jousan and Ivan Kovac – Filmmakers
These two cheery chaps introduced a wonderful and moving video about life in Ishinomaki, Miyagi after the disaster. At turns heartbreaking and inspiring these are the true stories of the survivors. It’s a short movie and it is freely viewable online, so take a look and be inspired: Then and Now

Angelica Lim – Roboticist
With infectious enthusiasm this lady introduced us to the world of robotics, how robots can help us in the near future and how researchers are attempting to make them more socially acceptable by giving them more empathetic, human characteristics. Her little robot companion also treated us to a little dance which went down a storm.

Eri Itoh – Scientist
Eri itoh works in the area of air traffic control and she told us all about current developments that will lead to more efficient, and much, much safer flight management systems. I think anyone who has ever flown has a vested interest in this subject – you know, staying alive, –  so everyone in the hall was sitting forward, intent, listening very, very carefully to her every word.

Garr Reynolds – Presentation Guru
This guy was superb. As my friend Shaheed put it afterwards, “I felt comfortable with him”. It’s true. As soon as he was on stage he had us up and standing, doing stretches and high-fiving our neighbours. I’m British and I don’t normally go for that sort of thing, but on this occasion I participated happily. Mr. Reynolds had us in the palm of his hand from the word go. With energy, and gentle humour, he introduced us to the emotional power of multi-media presentations, which he demonstrated with some touching stories from his own family history. His standing ovation was richly deserved.

Honourable mentions:
The first speaker, the scientist Hiroshi Matsumoto was a charming fellow, who spoke on the noble topic of taking the long view in terms of human progress. A worthy message. However, his field of research is in the science of extra-terrestrial energy generation. I would have liked to have heard more about that. The last image he showed of a future world powered by space energy and orbited by space farms and space cities, was just too tantalizing! Why didn’t he talk more about that?

The journalist, Jake Adelstein gave a talk on life lessons he has learned from encounters with yakuza and the cops that bust them. There was one thing he said that stuck in my mind. It was something like the injustices that we encounter in life, are those we are meant to correct. I liked that a lot and I think I will carry it with me.

Creativity & design leader, Catherine Courage, may have been good, (she did get a standing ovation) but unfortunately she was the last speaker, and I was too burned out on speeches to take anything in anymore. Sorry about that.

Teething troubles:
This was an all-volunteer organized and staffed event and I imagine many of those participating haven’t done anything like this before. Undoubtedly, future events will run smoother. However, as the T in TED stands for “technology,” I was a little surprised at the recurring technical difficulties they had on the day with both sound and images. It wasn’t a huge problem, and there was enough good will in the hall to overlook it, but they definitely need to have that area down pat for the next event.

Those tiny gripes aside, organizing an event of this scale is a massive undertaking and for the most part they pulled it off very well indeed. I think everyone who attended found it a valuable and entertaining experience and I’ll be keen to go again, for I am sure it will only get better. Congratulations again to all involved in producing TEDxKyoto. You can be proud of what you have achieved so far, and our wonderful city, Kyoto, really deserves an event like this, so a big thank you for making it happen. 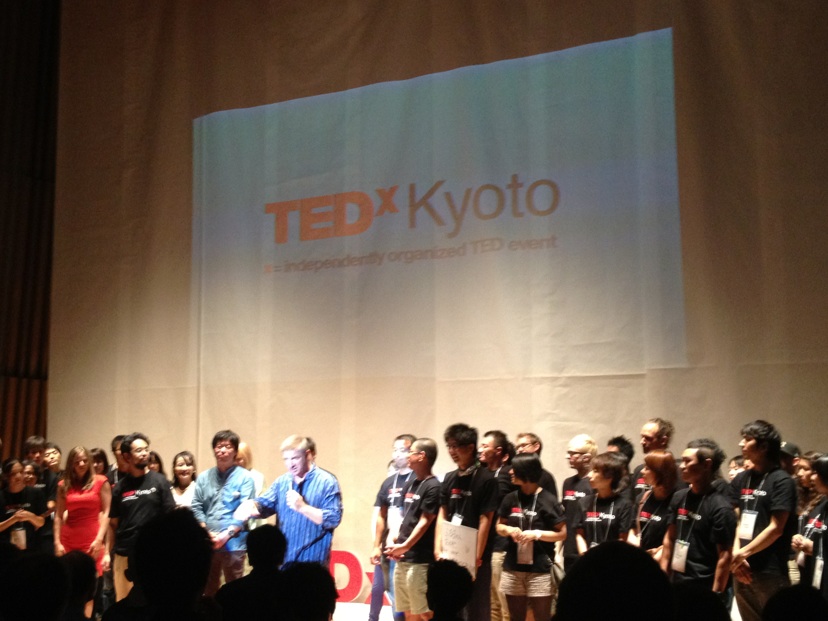